- Josina- "Does it matter to you, what about the Giants or Colts if they come calling?"

- Clowney- "Sure, whatever, so long as they pay me"


Actually the love is comical..He can be overwhelming, but he had 3 sacks this year..he is constantly nicked up.


It seemed pretty clear at the time that her source was Collins directly. But her Giants insight was next to nothing after Collins and Odell were both sent away.
RE: That is one
santacruzom : 2/27/2020 1:03 pm : link
In comment 14820952 JonC said:


Yeah, it reads like the description of a hair growth shampoo: "Some regular users of this product may perceive a hair thickening effect."
"Potentially
AcidTest : 2/27/2020 1:04 pm : link
have some interest in."

we have a new winner in the definite maybe sweepstakes.

No to Clowney. His production doesn't even come close to matching the money he'll be seeking.
Please: Nooooooo to Mr. China-doll !!!!!!!!!!
dk in TX : 2/27/2020 1:06 pm : link
He is always injured and he has a reputation of having an off and on motor. It will be a mistake to invest massive amount of our cap space on a player that does show up every week. When someone shows you who they are, believe them the first time: "Caveat Emptor".
Due Diligence
BobsYourUncle : 2/27/2020 1:06 pm : link
All good teams do it, so I am glad that the Giants seem to be...

However, this is the season of the Media Hacks, and **BREAKING NEWS** (insert some shyte that I just made up or making Everest out of an ant hill.

Most writers are pure whores... Proceed with caution.
Im going out on a limb and predict
steve in ky : 2/27/2020 1:06 pm : link
that the Giants may or may not be active in targeting free agents. 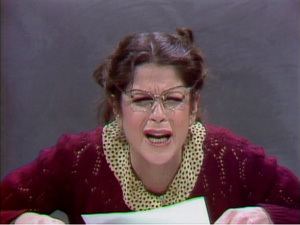 Now, I know he was probably spotlighting himself for FA but my God......He was constantly in the Eagles backfield and that hit on Wentz won the game for the Seahawks. LOL who is that?
Saquads26 : 2/27/2020 2:52 pm : link
What a joke. No interest, not happening
LOL, what kind of shit is that, Josina?
Anakim : 2/27/2020 2:56 pm : link
Yes, and the Giants could potentially have interest in Patrick Mahomes should he be available.
I like Clowney more than some,
Section331 : 2/27/2020 2:59 pm : link
I think he's a better all-around player than many give him credit for. That said, I am hesitant about signing him for 2 reasons. 1 - despite his rep, he's not a great pass rusher. I want more pass rush production if we are going to go the FA route for an ER. 2 - I do worry about how he would handle a big payday. From what I've sen, he does appear to play hard, but he has had some lax efforts in his past. I'd need to know those are behind him.
Clowney's agent spreading rumors that teams with most salary cap space
jlukes : 2/27/2020 3:00 pm : link
are interested in his client


My cousin was once in love with a smoking hot Italian Go-Go Dancer. She told him that if she didn't have a boyfriend, she would possibly think about maybe going out with him.
We're already going to give big money ...
FStubbs : 2/27/2020 4:47 pm : link
... to a former high draft pick defensive lineman who is stout but can't get to the QB. No need in giving out 2 such contracts.
Hes not just a name. Not close.
KWALL2 : 2/27/2020 4:57 pm : link
He hasnt lived up to the #1 overall but part of that is injuries. When healthy, he can play. Massive need. Still young. Just turned 27.


He drives you crazy with his health, but he gets a fair share of QB hits. And he's outstanding holding the edge against the run and backside pursuit. Plus, he creates turnover with forced fumbles. He has 8 the last four years. Throw in 14 pass deflections in his career...

If you knew you could get him for a guaranteed 14 games per year over 4 years, would you sign him?

Ugh...Josina Anderson started in Denver
Pete in CO : 2/27/2020 6:13 pm : link
just kept talking and talking and talking...
not much substance then or now.
If the Giants are interested, I trust they'll perform their due diligence. Don't need her talking about it...
Nobody sees the problem in tying up huge amounts of money
Ten Ton Hammer : 2/27/2020 6:17 pm : link
in defensive front 7 guys who don't make big plays?


In 6 years in the league, he has never put up double digit sacks. Wherever he signs, if he puts up double digit sacks, it will be the first time.
And now for the facts
djm : 2/27/2020 9:03 pm : link
Clowney is one of the best Edge players in the nfl. Not THE best, but definitely makes the list. He’s dominant against the run. He consistently hovers around 20+ hits every year assuming he plays 14+ games, which he also does more often than save for last year when he only played in 13 games.

Some of you definitely do not watch other games. I have no doubt. Go check the stats if you don’t believe me, better yet watch the guy play.

Always nicked up? Who isn’t? Clowney has missed a grand total of 9 games in his career after year 1 when he missed most of the season.

Focusing in on sack totals? That’s it? Some of you here are better than that. Get passed the money for a second it makes some of you nuts.
That’s QB hits
djm : 2/27/2020 9:05 pm : link
When I say he hovers around 20 plus hits. He also lead the league TWICE in TFL numbers in his career. TFL = tackles for loss. Remember those?


JHC...you and I finally agree on something.


I’d sign him in a heartbeat if I knew that. I’d be very tempted to sign him even if I didn’t know that.

The "it's not your money" argument is beyond the pale at this point. It's a salary cap league - fans have a vested interest in the salaries of the players their team signs because it has an impact on the overall roster. Overpaying a player often means having to find a bargain elsewhere just to get back to zero (and ultimately means wasting the advantage of the bargains in the first place).

Some fans choose not to get bogged down in the machinations of the cap. And if we're supposed to respect that you choose not to give a shit about the cap's impact on winning/losing, it would be nice if those of you who choose to dismiss the cap's significance could respect the fact that many fans DO care about it.


I'm not convinced that Yannick will be tagged. While Jax has cleared some cap space, it still isn't enough. On top of the cap issue is that Yannick doesn't want to stay in Jax. If they manage to clear the space and tag him, he won't sign and will hold out. I think their ultimate motivation is to tag/trade him, but even that act requires Yannick to cooperate by signing the tag. The moment he does, he loses the leverage of holding out in which case they can just shrug their shoulders and say no trade materialized.

I think you will see a lot of players try to get out of Jax with Shad now committing to 2 home games in London. This year it will be consecutive weeks. That is a hard sell for a player to set up camp for 2 weeks in England.

With regards to open market valuations, Yannick will set the bar no doubt. But he is a younger, healthier, and proven player than Clowney. If the goal is a tag/trade with Yannick, than after the draft Dave should consider trading for him sending 2021 draft picks to get Yannick in the fold for the prime of his career.
RE: RE: For perspective
Diver_Down : 2/28/2020 7:32 am : link
In comment 14821542 Diver_Down said:


Diver... so you're saying there is a chance. I had all but given up hope of landing the top ER.
Per ESPN...
LBH15 : 2/28/2020 7:47 am : link
Seahawks GM John Schneider on DE Jadeveon Clowney, who tops the list of their 19 unrestricted free agents: "He loved the culture, he loves the coaching staff, loves the chefs, loves our equipment guys. He's a really fun guy. He was a blast to be around and I hope we can continue that." Schneider spoke in similar terms about DT Jarran Reed, another UFA, saying: "We definitely want him back, yeah. Absolutely. Great guy. Great locker room guy." Schneider confirmed Clowney had core-muscle surgery.
I like Clowney
Paulie Walnuts : 2/28/2020 8:20 am : link
and
RE: RE: And now for the facts
djm : 2/28/2020 9:43 am : link
In comment 14821541 Diver_Down said:

I also think Clowney is a better run defender, but who's counting. They are both legit talents and if the Giants want to throw big money at one of them, the juice is worth the squeeze in my view.

The Giants, kind of like the Knicks, need to throw money at some vet star power at some point. I know it's a risk but so is doing nothing or signing lower level guys that are cheaper. We have been down that road too. Not pretty.
gun to my head
djm : 2/28/2020 9:46 am : link
i'd prefer Yannick. Little bit younger and not as banged up and more explosive as a passrusher. We have the run pluggers we need those explosive guys now.
I would love to land YN or JC
Rjanyg : 2/28/2020 12:23 pm : link
I think NYG takes a run at one of them.

This way, DG can go BPA or trade down and secure an early 2nd round pick or to a team with 2 1st rounders.

We need a stud pass rusher and if we sign 1 expensive free agent it won't hurt our cap space or ability to extend players in the future.

The draft is loaded with OT, and free agency has the pass rushers.

Are you referring to Clowney or Leonard Williams?

They both fit the profile you describe, so are you equally worried about LW coasting with a big 2nd K payday?
RE: RE: Would not over spend on a high priced player
TMS : 3/3/2020 10:02 pm : link
In comment 14826039 Gatorade Dunk said:
. Good point. IT crosses my mind, but he showed some life last year and but I do not want to burn all our cap money on another guy like this. The measurables from Clowney when drafted were out of sight. His performance has not been. Maybe here he will be all he can be. The GM will have to make that call.
Let's go
adamg : 3/4/2020 12:25 am : link
Get Clowney. Dude is a game wrecker.
2 Questions
bc4life : 3/4/2020 6:19 am : link
If being physical is a key trait Judge, Graham etc. are looking for - does Clowney fit that profile?