Matt G : 3/22/2020 7:25 pm
We will use this as a discussion thread to keep the picks thread uncluttered. These threads will be used for the duration of the draft.

Once a team is on the clock, they will have two hours to make a selection. If a team goes on the clock after 4pm, their two-hour window will roll over to the next day. For example, if you go on the clock at 4:30pm, you will have until 9:30 am to make a selection. Picks may be made between 6pm and 9am if GMs are online and following the draft thread. The time limit only applies during the 9am to 6pm timeframe. If the two hour time limit expires, I will make a pick using any list that the GM for the team has sent me in advance (send lists to the email address in my profile) or in the absence of a list, I will use the GBN Big Board with a little discretion so as not make an obvious dumb pick (i.e. Kansas City won’t be taking a QB in the 1st round this year). If a GM misses two consecutive picks without providing a prospect list or making some form of contact with me (email or posting on the draft thread) the spot will be reassigned to one of the BBIers who have expressed an interest to fill the vacancy.

Mooney is physically gifted- Ran a 4.38 at his pro day and a 37" vertical leap. A bit raw, as you might expect from a 7th rounder, but a potential deep threat.

The Vikings are now finished!

Thanks guys- a lot of fun and a much-needed distraction!! 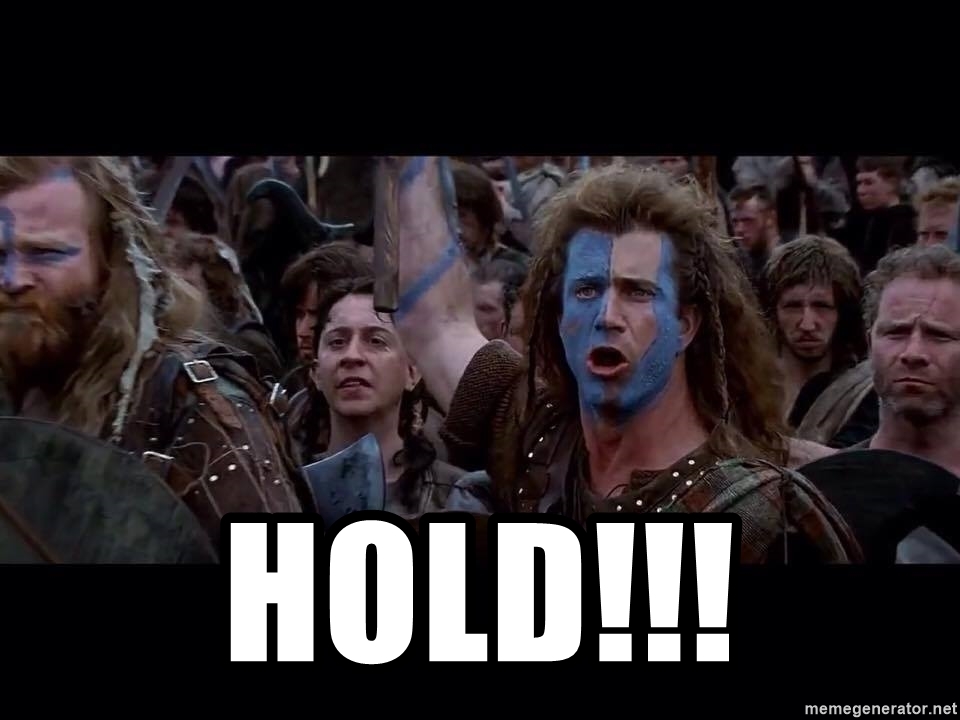 I enjoy this exercise every year and it forces me to really dig into the draft class outside of my obsessive college football watching.

Thanks again Matt for running everything and being extremely organized!
Thanks everyone!
Andy in Halifax : 4/8/2020 10:38 am : link
Was a great time. Hope everyone is making out okay in these strange days. Cheers!
Baltimore Ravens Draft Recap
Mike in NY : 4/8/2020 10:39 am : link
Overall I figured with the fact that OTA's, Training Camp, etc. are not likely to be taking place and the Ravens not having many needs I would gamble more. Specifically I was less concerned about players who might need development time because I think few rookies this year are going to make an impact.

Round 1
PATRICK QUEEN, LB, LSU
Best player available on my board when I selected. Is a little undersized, but I think the Ravens have the front and schemes to cover it up. I think a lot is being made of his lack of starting experience, but that does not concern me. When a player does not look like the prototype it is easy to get overlooked, but when he played showed tremendous upside. The Ravens definitely have a need at ILB so I am happy need and BPA can match up.

Round 2
MICHAEL PITTMAN,JR., WR, USC
I really was not looking to take a WR this high considering the depth at the position, but I really could not avoid Pittman when he was still there at 55. Extremely productive with rotating QB's at USC and I do like that he is a willing run blocker. Adds a dimension to the Ravens offense that they are lacking.

J.K. DOBBINS, RB, OHIO STATE
If I really was not looking to take a WR at 55, I definitely was not planning on taking a RB at 60. With the relative value of RB's ideally you get one in Round 3 or later. However, I could not justify continuting Dobbins's unexpected fall in the BBI Mock Draft. I was not thrilled with the depth behind Ingram, who is 30 and has missed time.

ROUND 3
JABARI ZUNIGA, EDGE, FLORIDA
Had he displayed more consistency in college, I would have had no shot at landing Zuniga at this point. Tremendous combine. Ravens pass rush has struggled due to players having to leave as they got too old/expensive and previous draftees have not stepped up. Hopefully this pick changes that.

BEN BREDESON, IOL, MICHIGAN
One area that the Ravens needed immediately was OG with the retirement of Marshal Yanda. I do think Bredeson is capable of stepping into the lineup sooner rather than later. It will be interesting having a Michigan guy blocking for an OSU alum!

ROUND 4
LEKI FOTU, DT, UTAH
If the playoffs exposed anything with the Ravens it was that they needed to get stouter up front against the run. Fotu does that and then some. Underrated athleticism for a big man. Happy he fell to me this late.

DAVION TAYLOR, OLB/SS, COLORADO
I know Sy'56 was not a fan of him, but I like this gamble at the end of Round 4. Relatively new to the game of football so I think he has a lot of untapped potential. Will likely start on special teams and be a stud, but the tools are there.

ROUND 5
JAVARIS DAVIS, CB, AUBURN
The Ravens have two nice CB's in Marcus Peters and Marlon Humphrey, but Jimmy Smith is their nickle and he is getting old and is injury prone. Davis is knocked for his height, but I think he can handle the smaller, quicker players in the slot. Plays bigger than his size.

ROUND 7
JACOB BREELAND, TE, OREGON
Had he not gotten injured, I truly believe you were looking at a late 3rd, early 4th round pick. Herbert's most consistent target, the offense at Oregon definitely took a hit when he was out. The Ravens like using 2 and 3 TE sets, but with Hayden Hurst traded to Atlanta I figured I would land a much cheaper replacement.

UDFA
BRYCE STERK, EDGE, MONTANA STATE
Not sure what he will run, but can't ignore his production at FCS level. 20 TFL and 15 sacks this year. Worth gamble as UDFA.

JAVIN WHITE, S, UNLV
Every year I have to find someone not on Matt's 600+ person list and this year is no different. Not many people at FBS level can say they were 3rd on their team in Tackles, 2nd in TFL, and 2nd in PBU. Had a great game when he played against SEC, even if it was Vanderbilt. Flashed at NFLPA All Star game where teams wanted to see him get reps at CB despite him mainly playing LB and some S this year. I think there is a lot of upside if he plays S full-time. Long arms/wingspan for a S.

TYLER CLARK, DT, GEORGIA
Depth player who will get a shot at 5T. I think he has the athleticism to play multiple roles.

Replaced Slay with a younger/better version. Shored up the interior OL with Ruiz and grabbed 2 OT prospects to compete for RT. Was happy to grab a pass rusher in the 3rd in Greenard. Would have liked to have gotten Cam Akers, but think Vaughn will be a good player to push Kerryon to stay healthy.
RE: Forgot to add a thank you to Optimus-NY
Optimus-NY : 4/8/2020 10:48 am : link
In comment 14862575 MadPlaid said:

Cowboys added more speed on defense. Henderson replaces Jones and Davis is a much needed add at FS even with Clinton-Dix on team.
Davidson and Coughlin add pass rushing capability after losing Quinn in free agency
Steal of the draft is Bryan Edwards in round 4. He is a stud to pair with Cooper and Gallup.
Williams is the center of the future who can also play guard.
Tanner Muse is just a darn good football player with speed.

The only player I missed drafting on my board was Adam Trautman who I think is the best TE in the draft this year.

Pretty pleased with the outcome here. I think I probably should have gone WR or DL earlier, but couldn't pass up McKinney when he fell to me. Thought I made up for it by picking up a couple solid prospects late. Happy with the OL to help shore up the line and keep Rodgers upright. Bowden in the 4th I think was a very good fit for Green Bay's need for a hot shot slot receiver. Hope one of the ILB I picked up in the latter half of the draft workout well. That was a particularly thin place on the Pack's roster.
Really happy with the Broncos Draft (no interest in the UFA stuff
jlukes : 4/8/2020 1:45 pm : link
15) Jerry Jeudy, WR, Alabama
46) Jaylon Johnson, CB, Utah
77) Davon Hamilton, IDL, Ohio State
83) Ben Bartch, OT, St. John's (MN)
95) Robert Hunt, OL, Louisiana
118) Troy Dye, LB, Oregon
178) Lavert Hill, CB, Michigan
181) Dezmon Patmon, WR, Washington State
252) James Smith-Williams, EDGE, NC State
254) Dante Olson, LB, Montana

Really happy with how things played out. I think Denver may consider going CB in the 1st and then grab a WR in the second, but I just couldn't pass up Jeudy at 15.
RE: Really happy with the Broncos Draft (no interest in the UFA stuff
Chris in Philly : 4/8/2020 1:56 pm : link
In comment 14862865 jlukes said:

Didn't have a ton of picks, and lost the 1st round pick (13th overall) in the DeForest Buckner trade. That pick ended up being CeeDee Lamb to San Francisco...that's the guy I would have taken had Indy not made the trade.

If I had to bet which QB in this class wins the most games as a starter, it would be Hurts. The main complaint about his game - that he's too slow to get through his progressions - is mitigated by his mobility and ability to extend plays. Like DeShaun Watson, Sam Darnold, Kyler Murray, and Josh Allen, Hurts's best work will be done off schedule.

Jerry Jones has made comments about liking Hurts. Dallas drafting Hurts and letting someone else make the mistake of paying Prescott would be bad for the Giants.
For not having many picks and no 1st rounder
Andy in Halifax : 4/9/2020 8:15 am : link
That's a heck of a draft for Indy imo.
Dallas draft
Tuckrule : 4/9/2020 9:04 am : link
excellent job i think you should be in the running to be a real GM. Great value and need for that dallas team. nicely done!
Thanks to the mods for the sticky
Matt G : 4/9/2020 10:16 am : link
Please feel free to unsticky the thread

I will post FINAL RESULTS over the weekend
I wanna add another player to the Dolphins' UDFA list:
Optimus-NY : 4/9/2020 12:37 pm : link
Teair Tart, IDL, Florida International