Don’t see how the roster has “improved greatly.” And I think under 6 is more likely than over. Especially with their tough early schedule.
Link - ( New Window )
The Giants are very young, they haven't played together and have a
Ira : 5/22/2020 7:51 am : link
new coaching staff in a short pre-season. That being said, given the young talent and if they have another good off-season they could be very competitive in 2021. This is where their rebuild seems to be leading.
Dark hose Sb team?
ron mexico : 5/22/2020 7:51 am : link
I’ll have what he’s having.
Walter..
FatMan in Charlotte : 5/22/2020 7:57 am : link
Football is notoriously poor at predictions. They are the only outlet to have finished in the bottom ten of the draft predictions in each of the last 5 years (prior to this year)

Very Young....plenty of untested but needed players....brand new coaching...new system without a typical off season to learn it....holes still exsist.

In a more normal year for a first year HC, I think 8 wins would have been a reasonable hope.
7 wins would be real nice
M.S. : 5/22/2020 8:36 am : link
But is that plausible with a brand new coaching staff trying to get everyone pulling in the same direction in the year of a worldwide pandemic?

But after that Rams game....and honestly after that Niner game...I felt like this team was building, growing, getting better and better.

That is what the 2020 Giants need to be. That team that has young talent and coalesces into a winning team...a take no prisoners team.

Start to control the line of scrimmage and time of possession game.


Sensible. Agree here. I’m extremely high on Judge and (on paper) the solid staff he’s assembled. My opinion means squat, but I’ll stand by it


Nah, they will just isolate that one player and keep playing.


That’s not the protocol
A lot of things have to break right for more than 7 wins
George : 5/22/2020 9:31 am : link
Young guys have to get markedly better in a hurry and the new coaching staff has to install their systems really effectively from the opening whistle of camp. Can DJ hold onto the ball better? Can Slayton be a #1 WR? Is Saquon ready to be a total workhorse? I kinda think the answers are all Yes, but who knows?

We need a center: I'm hoping Shane Lemieux is that guy, but I fear that's a stretch.

We need linebackers who can cover: I'm not sure we have that, and the LBs we picked at the end of April's draft seem to me to be special teams picks rather than top defenders.

Is there a pass-rusher on this squad that causes other teams to change their offensive schemes? I don't think so.

But we're young and more athletic than we've been in the past. I like our secondary better than last year's, even with Baker potentially out for the year. I think the OL is better, and that Solder will actually improve on his play from '19. Having EE for a whole year would be nice.

If their plan is to completely shut down the sport after one positive test they may as well just cancel the season. There are going to be positive cases. It’s inevitable for the foreseeable future. I’m not sure what the answer is or what their plan is, but they aren’t going to start things back up and put all the time into it just to shut it down after one case, IMO
Looking at it from the point of view of the sportswriter
Marty in Albany : 5/22/2020 9:38 am : link
There is not much football news to write about.


I too have nary a clueas to how they’ll handle anything. But one case means others have been exposed and therein lies the domino. I just don’t know how any sport can do this, especially if the predicted second wave becomes a reality. I’m totally stumped here.
RE: RE: RE: That said,
ron mexico : 5/22/2020 9:45 am : link
In comment 14908674 Big Blue '56 said:


What protocol? NFL hasn’t said what they will do.

Here is the MLB plan

In the event of a positive test, however, Manfred said that "our experts are advising that we don't need a 14-day quarantine." Instead, the player testing positive would himself be quarantined until he has two negative tests. As well, MLB would conduct contact tracing, and those individuals coming in contact with the infected player would be immediately tested and receive instant results. All of this means a positive test will not necessarily lead to a 14-day quarantine for that player's entire team.
I used Walter Football for my fantasy football prep one year
MetsAreBack : 5/22/2020 9:51 am : link
and went like 4-9


This is where I fall as well. Anyone can get lucky and have 1 of those magical years where everyone stays healthy and you win a lot of close games (kind of like 2016), but going through the schedule it seems like an 8-8 year would be a big accomplishment.

The offense has the personnel to be solid if Garrett does a solid job. That seems to be a safeish projection on both ends (unless Jones regresses).

The special teams should be strong if Rosas bounces back (or if they just replace him).

The defense is the big question. Every projected DB/DL starter was a top 50 pick and is still on their first contract (except Bradberry who is on his 2nd). Mostly high profile big school too - 2 from Bama, 1 USC, 1 Michigan, 1 UGA, 1 Clemson. 5/7 were first round picks. That's a good amount of young talent if Graham can create a system that maximizes it.
Walter
Gruber : 5/22/2020 10:10 am : link
The Miami Dolphins bet looks risky. I'd leave it alone.
Super Bowl bound Giants? These guys smoke a lot of strong weed?
Still, glad they agree with what I was saying before the draft: the Jaguars are tanking for Trevor Lawrence.
The big question is: how much
Dave on the UWS : 5/22/2020 10:47 am : link
was Shurmur and his coaching staff responsible for the team’s performance? AND how much will JJ and his staff move the team forward. Their appears to be a LOT of young talent that needs to be developed.
Time to order Nike jumpsuits and sneakers
Coach Red Beaulieu : 5/22/2020 11:01 am : link 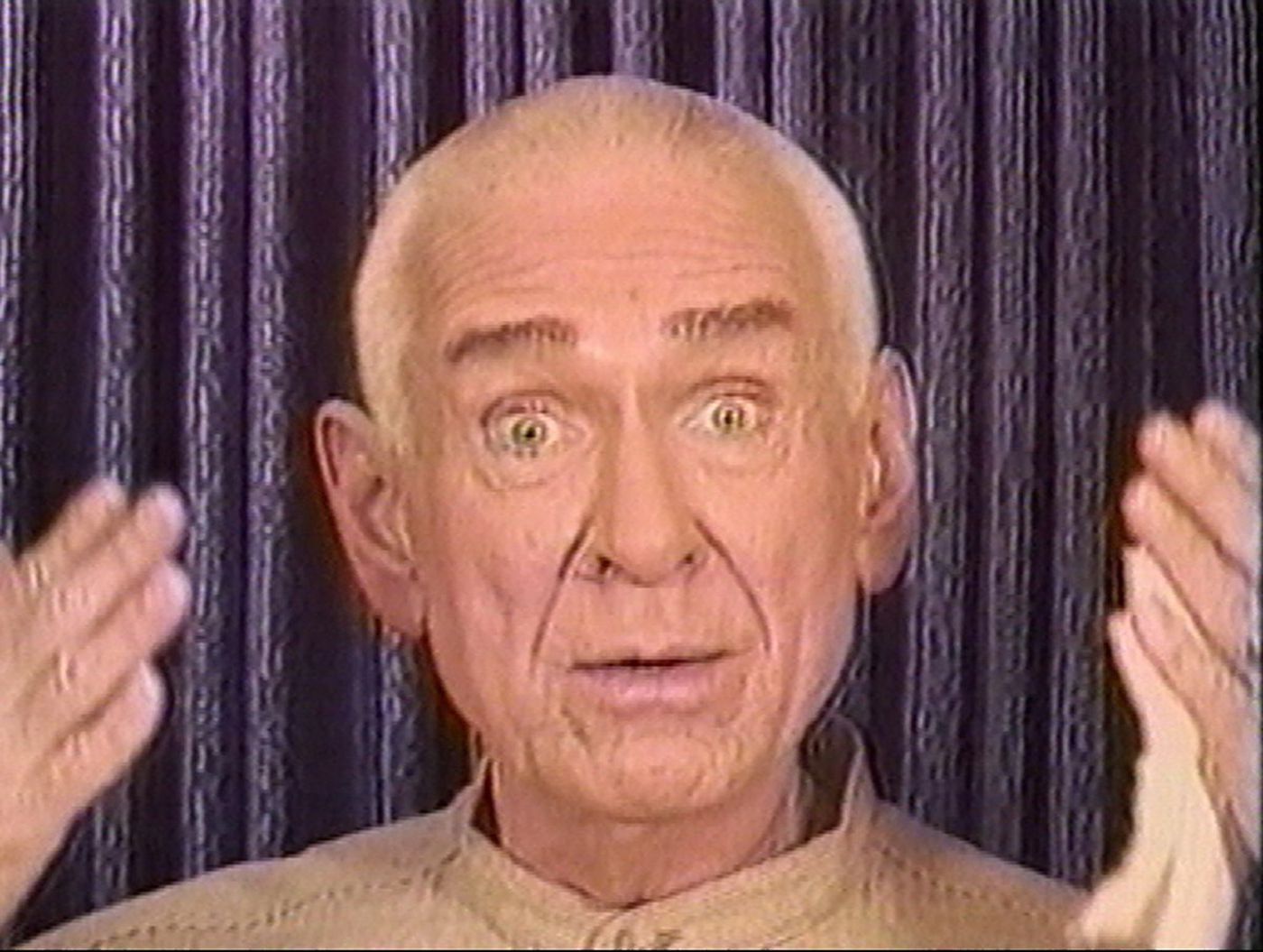 This Will Be a Much Better Team
Samiam : 5/22/2020 11:19 am : link
The record may not reflect that but the coaching staff is way better than its been since Coughlin days. I go back a long way watching this team and i don’t remember a Giants defense missing tackles the way they did last year going back to the laughingstock days. Give Barkley some blocking plus i expect very good special teams. I dont know how many wins theyll get but they will play better
Giants are a darkhorse!?!?!?!
royhobbs7 : 5/22/2020 11:59 am : link
With virtually no veteran leadership amongst the squad (Sterling Shepard is the lone vet of who has been on the team for more than 3 years), a pandemic, a new coaching staff, etc., etc., I'm afraid that 3 wins is about the top of the expectation chart for our Giants.

The good news is that this team will lose alot of close games this year. And with a good FA signing period next spring and a solid 2021 draft, our Giants should be able to be competitive and hopefully be in the running for a division title by 2022. But that is only if they don't make any more gaffes (like trading premium draft choices for players like Leonard Williams and getting stuck with paying him $15 Mil per season).

Lots of "ifs", but the team could develop a solid core around a number of young, talented players.
Cmon now.
mittenedman : 5/22/2020 12:33 pm : link
This just isn't a good football team. On paper, they really have no chance to be competitive.

Sure, they may overachieve, but this roster just doesn't have it yet. I would be absolutely shocked to see them go better than 8-8 - and even that would be an accomplishment given what they have.
I just want meaningful
SFGFNCGiantsFan : 5/22/2020 12:47 pm : link
games come November 1. Signs of improvement.
RE: To echo others
81_Great_Dane : 5/22/2020 1:04 pm : link
In comment 14908667 ron mexico said:
Funny, I consider myself a pretty pessimistic Giants fan, having been through the 70s, and I try to stay calm about the team in general. But I wouldn't be elated at 7-8 wins. After the last few years, that would seem great. I get it. But my hopes are always high, even when my expectations are low.

Getting to 8 wins would be a smashing success.


Well considering season could start in October this might happen! Does nothing of course from a health perspective but hey... details
Lets just say "best case scenarios" happen for all three units
SGMen : 5/23/2020 10:45 pm : link
I think our special teams will be top 1/3 of the league; our defense middle third (big improvement) and our offense could finish on the edge of top 1/3. That is easily 8-8 but hopefully 9-7 given our schedule.

If we are hit with injuries on the OLINE or to key players like Barkley, Jones, Slayton (#1 WR), Lawrence, Bradlee, starting OL's we are in trouble.