Anakim : 5/22/2020 11:06 am
After reading SFGFNCGiantsFan's "Most Hated NFL Player Ever" thread and remembering how dirty and hated guys like Brian Dawkins, Jeremiah Trotter, Flozell Adams, among others, were, who do you think fans of the other teams would list as far as Giants players? LT? Sam Huff?
we brought
Eric from BBI : Admin : 5/22/2020 11:08 am : link
in a couple of ex-Raiders in the 1980s who played with that Raider reputation: Kenny Hill and Tedd Watts.
Antonio Pierce
ron mexico : 5/22/2020 11:08 am : link
Was always good for a late hit or two a game.

Bob Whtfield's head butt bonanza back in the day probably wasn't the best. And Eric already said Kenny Hill, he was chippy as hell (a Yalie and a Raider). 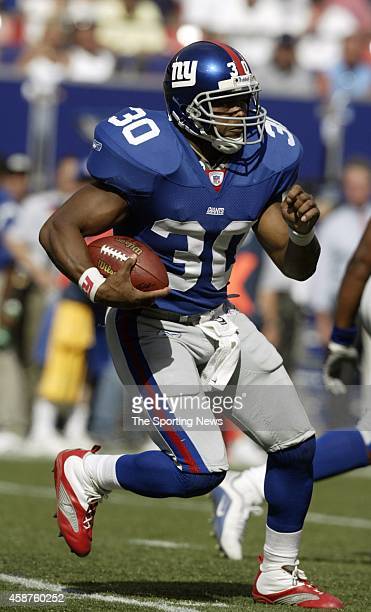 This is a question though best answered by other teams IMO.
I hate
Eric from BBI : Admin : 5/22/2020 11:25 am : link
to throw this out there because it was just one game, but Beckham's meltdown against the Panthers was probably the dirtiest I can recall other than Kenny Hill punching Redskins after kickoff returns.
Brandon Merriweather
Really : 5/22/2020 11:26 am : link
was here for a cup of coffee
I remember hearing..
Ryan : 5/22/2020 11:26 am : link
....a couple Eagles players on the radio in the latter part of the 00's say they hated playing us because of all the cheap shots and extra hits our OL would put on them. Even if they won - Monday was awful.
Shockey?
pjcas18 : 5/22/2020 11:40 am : link
I never think of any Giants players as really dirty, but like I said other teams may feel different.


I can see that. None of our guys were flat out dirty players, but guys like Snee and Seubert were classic play “”through” the whistle type players.

And god I miss have players like that on this team
LT was not a dirty player
NJBlueTuna : 5/22/2020 12:02 pm : link
LT was a textbook tackler he just overpowered people by being athletically gifted and relentless with no regard for his own body or pain threshold. He never laid cheap shots, but he did want to punish you. He wanted to make QBs fear him. Jaworski admitted he was terrified playing against him. When he broke theismans leg LT was visibly shaken and screamed for the cart frantically.


He got burned a lot
Petitgout
Scuzzlebutt : 5/22/2020 2:24 pm : link
Had a mean streak
Dave Tollefson deliberately broke DeMarco Murray's ankle
shyster : 5/22/2020 2:38 pm : link
in the first half of the 2011 Week 14 game at Dallas -- the "JPP blocked FG" game. Tollefson had Murray under control; he didn't have to bring his entire body weight down on Murray's foot/ankle to finish the tackle. But he did.

Murray was having a great rookie year (5.5 ypc) and off to a hot start in that game. If Tollefson doesn't knock him out, there's a significant probability it changes the outcome.

If Giants had gotten the L, they would have been a sub-.500 team that had lost its fifth game in a row. Not only would they have been done for 2011, but the entire next decade of Giants' football would likely have played out very differently if Coughlin and Eli did not have the stamp of two-time SB champs.

As cheap shots go, one of the more momentous.

On the field, no-one in the history of the NFL had his helmet torn off his head more than him. He played with the rage described by the old adage "give no quarter, expect none"
Spider wasn’t dirty, but CB Willie Williams was...
STLGiant : 5/22/2020 4:39 pm : link
I remember after a Raiders game that NT John Mendenhall took off his helmet and was hitting Raiders with it...

We played Watchung Hills every year in football and I don’t remember Burt being dirty, but others on his team were...

You’d think this might be easy... Which NY Giant had the most unsportsmanlike conduct penalties? Doesn’t Ourlads track stuff like that?
I had a gym teacher throughout high school . . . .
TC : 5/22/2020 5:54 pm : link
whose pinky did a 45 degree turnout at the middle joint courtesy of Sam Huff.

I checked and he had played OL for a few years for the Eagles and Cards, so I don't think it was BS.

I remember when the Giants were playing the Eagles. One of their receivers was a tall very skinny kid. He had caught a ball and was pushed out-of-bounds by two or three yards ...


True, now that I remember, Williams didn't care if he got burned as long as he laid a guy out, before or after the whistle.


Every time this comes up I reply to one of your KH posts with my memory of him grabbing a WRs jersey on an incompletion in then end zone and steering the guy so he slammed into the goalpost. Hill moments on Sundays were a running laugh in my house. Clear #1 for me.
Harry Carson
Giant4Life : 5/27/2020 4:46 pm : link
He said once he never took a shower in the Meadowlands because he was afraid the water supply was polluted and that's what gave Dan Lloyd and Brian Kelly cancer.
1964 Mud Bowl: New York Giants at St. Louis Cardinals
US1 Giants : 5/27/2020 4:55 pm : link
All of these Giants look pretty dirty


Its actually a riot that he embraced that nickname.