Thegratefulhead : 6/3/2020 1:47 pm
I have always been a glass half full guy. I am generally overly optimistic about our chances in June. This year, with an entire new coaching staff, no rookie mini-camps combined with reduced opportunity to practice and meet...

I hate it, but I think our ceiling is mediocrity.

4-6 wins.
This is a team on the right track
joeinpa : 6/3/2020 2:15 pm : link
My opinion. They will get better as the season progresses and end it with the arrow definitely pointing up.

Ceiling for this season? Playing meaningful games in December
I would be happy if after the first 4 to 6 games
Beer Man : 6/3/2020 2:22 pm : link
I have something more than the draft to look forward to
Weird year
Danny Kanell : 6/3/2020 2:37 pm : link
The new staff is a huge X factor. They could confirm what many of us thought. That we had arguably collectively the worst coaching staff in the NFL last year. Add in an unproven but promising young QB with a year under his belt and it’s very difficult to project what this team does, either way.

Gun to my head, I think the ceiling is meaningful games in December and 8-9 wins and this is the reality. Floor is another train wreck and we are talking about Trevor Lawrence in January.
...
christian : 6/3/2020 2:43 pm : link
New first time head coach, new offensive system, new defensive system, second year QB with a new playbook, up to 3 new starters/assignments on the oline, 3 new starters in the secondary, new middle linebacker.

Add that to an unorthodox offseason.

Even without a talent issue, the program is going to take time to get going.

RE: Roster is unfinished
Thegratefulhead : 6/3/2020 2:43 pm : link
In comment 14915012 JonC said:
I have to agree with this.
I'll also say this
JonC : 6/3/2020 2:45 pm : link
if and when they turn the arrow pointing up, there will be surprise performances and wins. If they play with intense focus the football will be crisp, low on mental errors, and they will smack their opponents in the mouth for sixty minutes. At this point, those are the signs I'm looking for.
Giants#1
Thegratefulhead : 6/3/2020 2:46 pm : link
Has it correct, only way this team takes a jump forward is on the potential growth of Daniel Jones. He will have to makes undefensible passes that win games while limiting turnovers. Big ask.
Talk you out of it
SLIM_ : 6/3/2020 2:50 pm : link
We will be playing with 11 people on defense this year. Bethea just wasn't an NFL player last year and I"m not sure if Ogeltree sucked that bad or just stopped caring (or both).

On offense
SLIM_ : 6/3/2020 2:53 pm : link
It is reasonable to expect improved performance from Jones and the OL and with a healthy Barkley we could have a good offense.
To reach mediocrity it feels like
LBH15 : 6/3/2020 2:54 pm : link
DJ needs to curb the fumbling, the oline has to show improvement and the secondary has to stop folks every now and then on 3rd down. 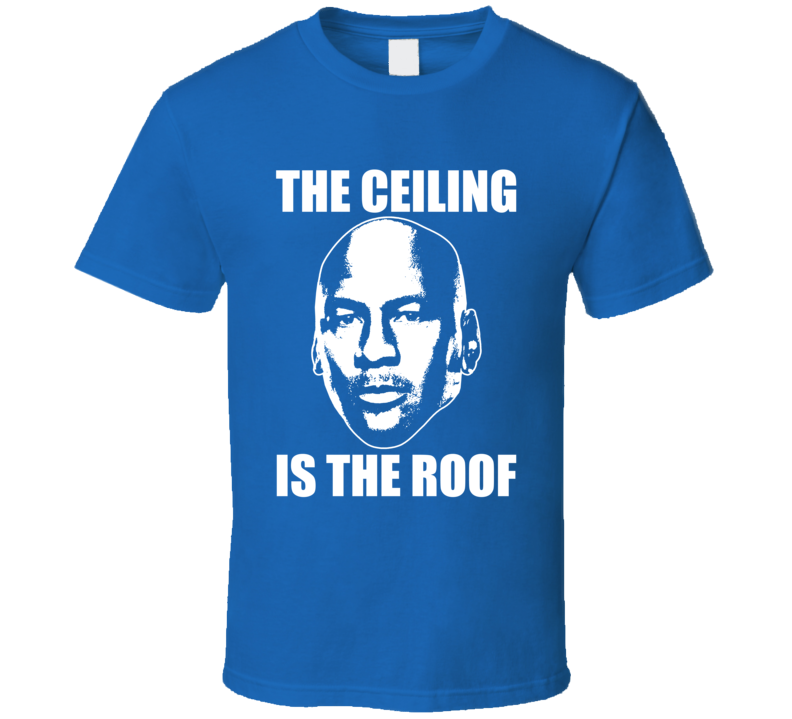 I suppose a more realistic goal is to get the Giants playing meaningful football games after Halloween.


Pretty much sums it up for me. Another Top 10 pick at either Edge or WR would benefit this program immensely.
If mediocrity is 8 and 8,
Simms11 : 6/3/2020 6:45 pm : link
I’d take that in a heart beat! I don’t think they’ll be there yet, but I do think they’ll be competitive this year and show improvement throughout the year. 6 wins is probably closer to the ceiling.
Ceiling is one playoff win, which is a lower ceiling
CT Charlie : 6/3/2020 7:12 pm : link
than that of almost every other team in the league. New system, young players, still a weak O-line, and tactically it will be easy for other teams to attack our weaknesses on both sides of the ball. 6-7 wins would be a "good" season. IF we've drafted well AND it's a good coaching staff, then we can expect to be competitive in the NFC East in 2021, and the ceiling will rise.
tough to guess considering all that is changing but ceiling is 10 wins
mpinmaine : 6/3/2020 10:59 pm : link
and playoff game
Not so worried about the Offense, barring injuries.
Phiddler : 6/3/2020 11:02 pm : link
And we can expect Special Teams to excel. But the Defense obviously has to improve. I see a lot of arrows point upward, including better coaching, better players, captains, leaders, more speed, and tons of upside.

I like what several of you said about the upside being meaningful games in December. That’s what you hope for, so we can all stay in the game.
In the hunt, winning record, because
flycatcher : 6/3/2020 11:23 pm : link
Barkley will be running behind the best line NYG has fielded since he arrived here. Saquon will have an absolutely legendary season.
I’d say 7 wins is the max in a 16 game season.
yatqb : 6/3/2020 11:52 pm : link
Too much to overcome given the pandemic, and we still have an OL and defense with plenty of question marks. I’d like to see some semi-consistent stops on 3rd down for a change before I get more hopeful.
DJ
Dragon : 6/4/2020 4:26 am : link
Takes a Giant leap into not good QB but top 3 NFL QB's don't see that happening. First of all if he can become a top ten NFL QB consistently that from years four to eleven the gamble would have paid off. I know we all want to see more victories but this lacks talent still. The schedule along with so many other variables are against a very young team and coaching staff.

Now let's be honest we have hopefully a hand full of very good players the rest are in decline, medical or production questions and youth. Yet some see a 5 or more wins season how will that happen? We are who we have shown we are a team in the early stages of rebuild that's not secret. When we drafted Eli the roster was solid we hoped he would lead us to the promise land. Even in the Eli era we could not find consistency let's try to really build a strong winning team.
Super Bowl!
mfjmfj : 6/4/2020 8:52 am : link
This time of year I am always thinking Super Bowl. I agree with most of the pessimistic analysis here, but I can't help it. I go into the season looking for a SB. So what has to happen to have this go from pipe dream to having a chance of happening?:

1). Daniel Jones - eliminate fumbles. Marginal improvement elsewhere. With no fumbles and map his numbers to 16 games I think he was a top 10 QB last year.
2). Coaching - to think we have a chance you have to believe the primary problem last year was coaching not talent.
A). Defense - when your CB is 2 feet away from the receiver it is talent. When your CB is 15 feet away from the receiver it is coaching. I don't think we really know what our talent is like on defense especially in the secondary. As far as I could tell nobody knew where they were supposed to be except maybe the one guy who kept tripping over his walker trying to get there.
B). O-Line - if the problem was coaching the three returnees plus Thomas could well be enough to protect a weak center. Better play calling and learning to handle a stunt or two, could go a long way to being a c+ or B- line. The talent infusion from the draft could make it even better.
3). Coaching - the new staff has to be really good and overcome the difficulty of coaching in a Covid world.
4). Limited injuries - probably the largest factor in variance over time in the NFL.

Give me those four things and I say we have a shot at the Super Bowl. I will continue to think that until the whistle blows after game 1. Then I will probably be a pessimist.
Its a hard road for this team to improve significantly
Rudy5757 : 6/4/2020 9:45 am : link
with all of the changes and lack of actual practice. I think the coaching has improved overall so that is a plus and shoudl account for a few wins. I think DJ will be put on a position to succeed, remeber that Garrett has experience in getting young QBs ready and playing at a high level. He did it with Dak and prior also helped Tony Romo.

The D should be improved as well. I think there will be more creativity on D and everyone will know their assignments better. there wont be as many guys running free. the secondary and LBs should be improved with the additions and better coaching. 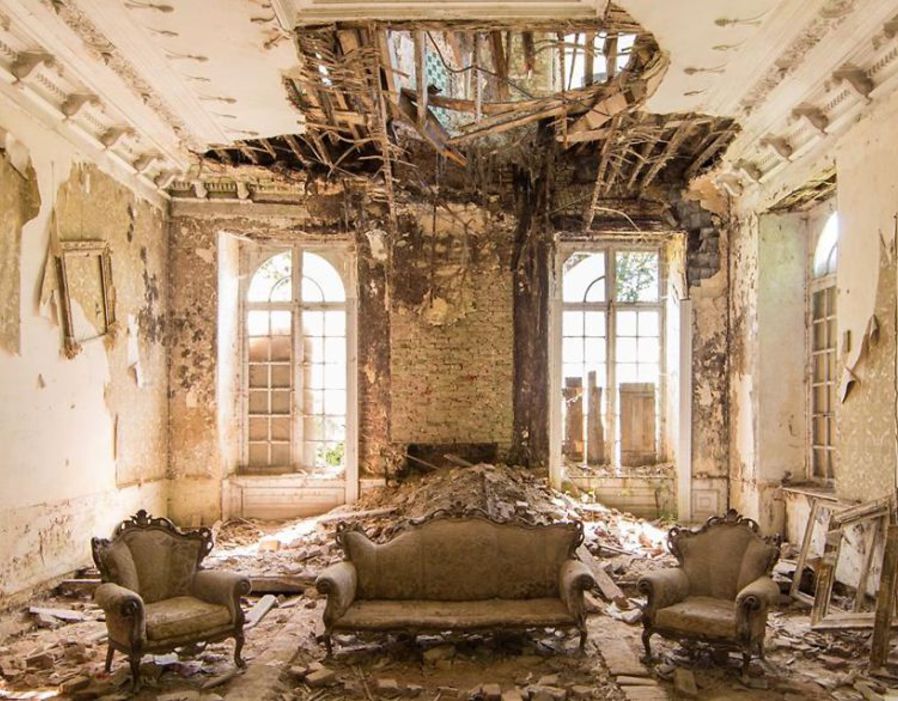 
Fucking murderer!!!
1st month
OC2.0 : 6/4/2020 1:42 pm : link
Is gonna be huge, imo. Yeah, you can say that about everybody, but in our case it is especially. A new staff with a huge roster turnover is gonna need every bit of that time to see what we have as far as cohesion goes.
It’d be great to be 2-2 going to Dallas so that game, if a loss, wouldn’t be critical.
I just want meaningful games come
SFGFNCGiantsFan : 6/4/2020 1:48 pm : link
Columbus Day weekend. My bar is THAT freaking low.
the division could be terrible
Torrag : 6/4/2020 2:56 pm : link
Dallas and Philly are heading the wrong direction. I'll believe snyder can keep his hands off the team when I see it happen, so wash is doomed.

That would certainly be depressing.
RE: the division could be terrible
SGMen : 6/7/2020 3:11 pm : link
In comment 14915452 Torrag said:
Philly has the best shot to win this division because they are returning their coaching and systems in tact.

The Giants are at a big disadvantage along with the Boys and Redskins due to the coaching staff changes. That is a given.
The key to our season could be getting early, "lucky" wins. I mean, Pittsburgh could come out flat on Monday night and our special teams shine and we eek out a 24-23 win with a last second field goal. That kind of thing early would be nice.

I do believe if this team gets a full training camp in, well, then we need to stay healthy for hopes of a good season where we are at least competitive. I'll take 9-7 in a bad division. But we'd have to be lucky early and healthy throughout.