My new cocktail of choice is something called a Sneaky Russian Neighbor that my wife's best friend introduced to us. It's sort of a time consuming drink to make, but my wife made a rather large batch of it for Father's Day. I just mix the infused vodka with the shrub mix and soda water over ice and sip it out on the deck.

a freshly made sangria ain't bad either 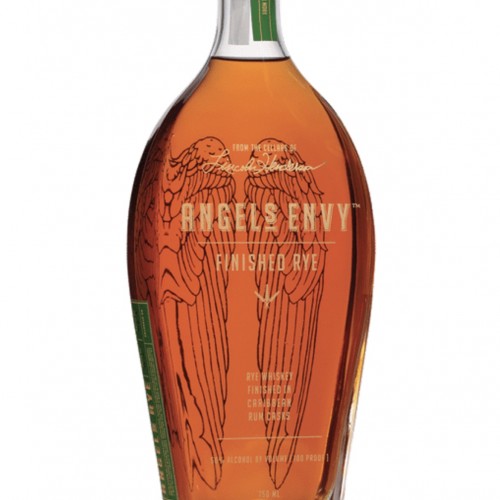 that picture is actually the Angels Envy Rye. I have it, haven't tried it yet. Is that actually what you have and is it good?

Angels Envy used to be my favorite bourbon until I was able to get Blanton's again. Blanton's and Wellers are now my go to.

I've pretty much given up the hard stuff even in mixes, although a classic Gin based dry martini or two could sneak onto a brunch menu, as opposed to Mimosas.
RE: RE: My wife bought me a bottle of Angels Envy Rum Cask Bourbon
Brown Recluse : 6/25/2020 9:46 am : link
In comment 14924698 pjcas18 said:


I like them both a lot but the rum cask is much better. It just has a really great finish. I do enjoy Blantons as well.

2.5-3oz of either The Botanist Gin
1 oz lime juice
big slice of Jalapeno
over ice

I also got 24 cans of each of two other seasonal IPAs. I don't need to go back out again for quite awhile.

During this stay at home time, though, my wife has been experimenting with cocktails. A nice one for warm weather is what a local place calls a Forthave Spritz. It is similar to an Aperol Spritz. It is Red , an aperitivo by Forthave Spirits mixed with prosecco served on ice in a wine glass.
My year-round go to is Vodka Tonic.
MOOPS : 6/25/2020 1:37 pm : link
Always has been, always will.
When I want a brewski, a Leinie's Berry Weiss does the trick.
Local Charlotte beer
Metnut : 6/25/2020 1:45 pm : link
Birdsong's Fake Plastic Trees really hits the spot in the summer. It's a wheat beer with a little bit of hops. About 6% ABV.

This one may make some of you guys throw your beers at the screen, but I recently tried Left Hand Brewing's new Gettin' Tiki With It Nitro (Pina Colada wheat beer) at the suggestion of a friend of mine. It's got a hint of coconut and pineapple but is extremely smooth and summery. And at 7.5% (in a larger can), it's a great way to relax.


go to the supermarket or garden center an buy a mint plant. in 2 weeks you will have a thriving plant
Drunken Palmer
Torrag : 6/25/2020 5:55 pm : link
Iced tea of choice with 2oz of lemon vodka over ice with lemon wedge.


mine right at the moment is similar - Tito's vodka with ice and some Italian lime mineral water from Whole Foods.
Dark 'N' Stormy
ArtVandelay : 6/26/2020 11:04 pm : link
very simple - Dark rum, ginger beer, and lime. Only certain dark rums will work such as Goslings or Myers. With a light rum all you will taste is the ginger beer which is basically a Moscow Mule. A Moscow Mule is the same cocktail with vodka instead of rum.
Sam Adams
Beezer : 6/27/2020 12:52 am : link
Ice cold Porch Rocker is it this summer, so far.
Watermelon margarita
adamg : 6/28/2020 2:18 am : link
3 parts watermelon juice (I have a nice juicer. Could buy that watermelon water stuff they have that costs 10 dollar a bottle if you have dough. Or Even blending watermelon with some water in the blender might work, may need to strain it though.)
1 part fresh lime juice
2 parts tequila
.5 part Grand Marnier or Cointreau (optional) don't really need it if you have fresh juice, but if it's not sweet enough, add some

I like to make this is a big pitcher. Can also sub blood orange juice for the watermelon. I prefer that closer to winter time though. Watermelon says summer to me.
Normally I’m a strict Cab drinker
aimrocky : 6/28/2020 6:40 am : link
But since we’ve been quarantined I’ve varied my drinks. My wife got me the Lagavulin 11 Offerman Edition for Father’s Day (Parks and Rec is on every day in our house). It’s really peaty, which is taking me time to adjust to.