NFT: How about best and worst movie lines

"Was it over when the Germans bombed Pearl Harbor?!"

"You broke my heart, Fredo."

"Look into your heart."

"He was a soldier of Rome, honor him" 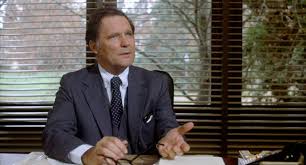 “I fart in your general direction. Your mother was a hamster and your father smelt of elderberries.”

“What... is the air-speed velocity of an unladen swallow?”

I was gonna submit this whole movie for the worst lines category.

"If I can change....and you can change...EVERYBODY can change!!!"
How about, for one of the best, this dialog?
rnargi : 6/30/2020 3:46 pm : link
Charlie: "Look, kid, I - how much you weigh, son? When you weighed one hundred and sixty-eight pounds you were beautiful. You coulda been another Billy Conn, and that skunk we got you for a manager, he brought you along too fast.

Terry: "It wasn't him, Charley, it was you. Remember that night in the Garden you came down to my dressing room and you said, "Kid, this ain't your night. We're going for the price on Wilson." You remember that? "This ain't your night"! My night! I coulda taken Wilson apart! So what happens? He gets the title shot outdoors on the ballpark and what do I get? A one-way ticket to Palooka-ville! You was my brother, Charley, you shoulda looked out for me a little bit. You shoulda taken care of me just a little bit so I wouldn't have to take them dives for the short-end money."

Charlie: "Oh I had some bets down for you. You saw some money."

"Warriors, come out to play-ay!"

"Because he's the hero Gotham deserves, but not the one it needs right now."

"Pop quiz, asshole. You have a hair trigger aimed at your head. What do you do, what do you do?"

Little Bill: Well, sir, you are a cowardly son of a bitch! You just shot an unarmed man.

A: "I think of a man...and take away reason and accountability."

Stephen Glansberg is not a character in the movie, despite him being showed. He's just a fuckin guy that's never mentioned again. But that one line made Seth and Evan so relatable in that movie, it just so perfectly contextualized how their high school worked, who they were in comparison, and it was all just by virtue of having "that kid known for doing something weird" thrown into it in such a natural way.

Makes sense since Seth Rogan and Evan Goldberg started writing that script in like 8th grade. It's such a "went to a big public school system" kid line.

Fuck it, I also love the line from 40 year old virgin where Andy tells his coworker he 'drives' a bike, and gets "ok mr Schwinn Fuckin Armstrong, who asked you, to drive a bike?",. Schwinn fuckin armstrong got me on day 1, and will always get me till I do. Fuckin hilarious and such natural dialogue.
Best, "YOU CAN'T HANDLE THE TRUTH"
montanagiant : 6/30/2020 6:02 pm : link
From a Few Good Men, which also had another great one:
"you want me on that wall. You need me on that wall."

Worst: "I am going to make you as happy as a baby Psychlo on a straight diet of kerbango."

From one of history's worst movies, "Battlefield Earth"
The best line from 40 year old Virgin
pjcas18 : 6/30/2020 6:23 pm : link
was when Steve Carell was at the health clinic with his girlfriends daughter and he says:

“My name is Inigo Montoya, you killed my father, prepare to die!”

“Her heart was a secret garden and the walls were very high.”

This is what happens when you fuck a stranger in the ass, Larry!
From In Bruges, which is chock full of great lines:
Crispino : 6/30/2020 7:49 pm : link
“YOU’RE an inanimate fucking object!”

From No Country for Old men:

As Ed Tom and Deputy survey the massacred bodies of drug dealers :
“Well, this is just a drug deal gone bad, isn’t it sheriff?”

What's your name? Say it! Tobe! Who are you? Say your name!

Aye say it again - louder so they can all hear you!

Shawshank Redemption "....A young, stupid kid who committed that terrible crime. I want to talk to him. I want to try and talk some sense to him. Tell him the way things are. But I can't. That kid's long gone. This old man is all that's left."

Denzel Wshington in Glory Glory "Ain't much a matter what happen tommorow...Cause we men ain't we."


Lol, considering his dead pan delivery, I can hear him saying it, too! And they were on Sunday...used to get home from Church, watch F-Troop, then whatever A&C movie that was on, and then the Yanks or Giants depending on the season! My grandfather is who turned me on to their movies. Hope you and your family are well, nice to see you posting.
Jules in Pulp Fiction
KingBlue : 7/1/2020 9:50 am : link
Jules : Say 'what' again. Say 'what' again, I dare you, I double dare you motherfucker, say what one more Goddamn time!

Jules:“The path of the righteous man is beset on all sides by the iniquities of the selfish and the tyranny of evil men. Blessed is he, who in the name of charity and good will, shepherds the weak through the valley of darkness, for he is truly his brother's keeper and the finder of lost children.
More from Pulp Fiction
KingBlue : 7/1/2020 9:59 am : link
Honey Bunny: "I love you, Pumpkin."
Pumpkin: "I love you, Honey Bunny." [Stands and brandishes a gun] "Everybody be cool, this is a robbery!"
Honey Bunny: "Any of you f**kin' pricks move and I'll execute every motherf**king last one of you!"