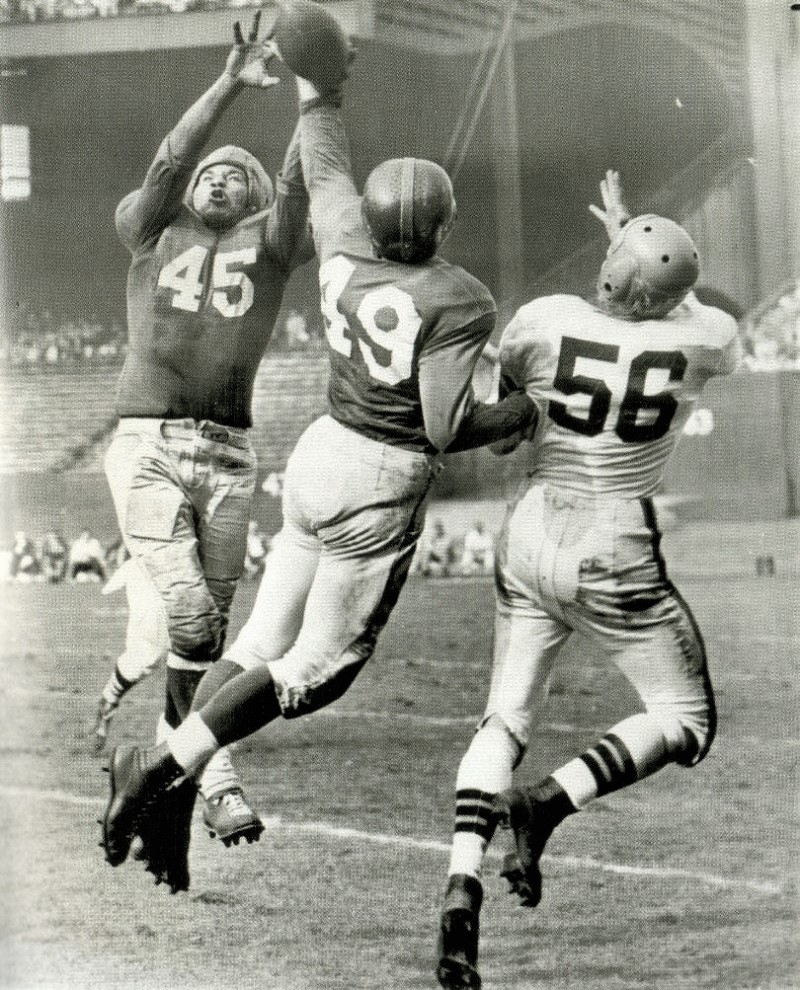 It's not every day you capture three HoF'ers in one shot.

This is from Cleveland Municipal Stadium on 10/1/50, which was the day Steve Owen unvailed his renowned Umbrella Defense to stop Paul Brown and Otto Graham's potent offense and shut out the Browns 6-0 in a shocking upset, which was the first time clevealnd had ever been held off the scoreboard.

The Giants also defeated the Browns at the Polo Grounds 17-13 in the rematch.

Fun fact - the second shutout in Browns history was also courtesy of the Giants - the 10-0 win in the Eastern Conference Playoff on 12/21/58 at Yankee Stadium.

Another cool thing about that photo
truebluelarry : 7/1/2020 7:09 pm : link
is a different photographer took a photo of the same play from a few feet away a split second later. 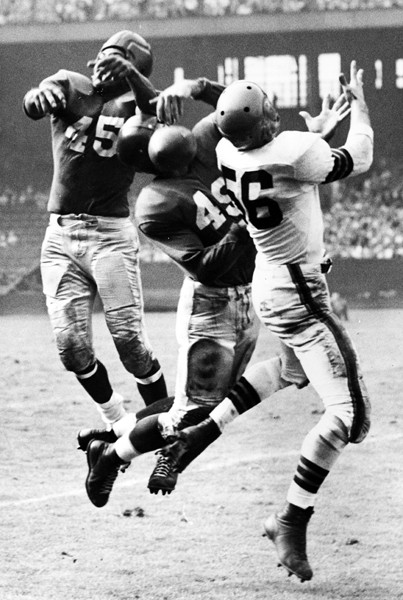 That 1950 Giants team looks like they could have won the NFL Championship.

Even though they beat the Browns twice in the regular season, they lost to them in the Divisional playoff game in Cleveland.

Wonder why Cleveland would have hosted that game if the Giants had beat them twice that season? Another missing ring for NYG
RE: Unbelievable photo
truebluelarry : 7/1/2020 7:15 pm : link
In comment 14927544 kinard said:


That 1950 Giants team was awesome (they scored 50 points three times that year), but the Browns were too. They were analgous to the 1986 Giants & Redskins, the NFL's two best teams played in the same division those seasons.

Home field advantage was decided by a coin toss back then. The tie breaking system with head-to-head records, net pints, strength of schedule, etc wasn't established until the mid 1970s.
gifford
hankb1126 : 7/1/2020 7:42 pm : link
was gifford playing db then