What’s the big deal with changing the name anyway? You get some positive press, you make people happy and you sell some new merch.

They started in Boston as the Braves, sharing a stadium with the namesake baseball team. They then moved to Fenway and changed to the Redskins. The team has (recently) claimed the change was to honor their coach at the time who had native american heritage, though I don't think there's anything documented about the change other than the owner at the time saying he wanted to avoid confusion with the baseball Braves, and that he wanted to bring back "Indian football". (Also, apparently that coach's heritage is somewhat in dispute, and he may have been posing as a native american for some government benefits).
RE: .
section125 : 7/2/2020 12:22 pm : link
In comment 14927861 GiantEgo said:


You do understand that their name is very, very old. Long before anybody thought about it.

If the Washingtons truly want to keep a Native American name theme, ask a local nation's permission to use their name and pay a naming rights fee.


I had the same exact question.
Thanks for the history.

Snyder needs to get off his high horse and take some action. I assume this is all about money and he thinks the value of his team will go down if he changes the name. If he can come up with a cool name, he could make a ton of money selling new merchandise.


FSU has special permission from the Seminole Nations. In order to keep using the Seminole name, FSU has to meet certain criteria one of which is all students need to take a class on Native American history/heritage(IIRC).
Done with permission, dignity and honor I do not see a problem. IMHO
RE: RE: .
Platos : 7/2/2020 12:45 pm : link
In comment 14927895 Mad Mike said:


How about the "Washington Assault Rifles," or "The Dukes of Washington"?
not that i dont think redskins is derogatory as FK
Platos : 7/2/2020 12:53 pm : link
but i don't think having native american themed team names/logos is racist. Theres got to be a middle ground somewhere. Braves? cmon. the cleveland indian logo looks racist but THATS WHAT CARTOON CARICATURES ARE SUPPOSED TO LOOK LIKE. if it was the cleveland greeks, the logo would have a big nose and furry eyebrows.

the same logo with a different name could work. 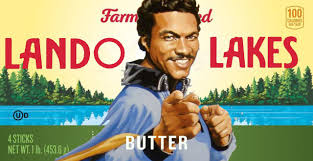 
Depends. On the left is Sambo imagery, on the right is what was used as the basis for the ND logo.


I had a joke here and then I thought better of it.
Some of these corporate
pjcas18 : 7/2/2020 1:52 pm : link
logo/mascot cancellations are misguided IMO and not impactful, but the Redskins is not one of them.

I'm pretty surprised the name hasn't been changed yet. Braves, Chiefs, Blackhawks, and Indians I can see a case for too, but they are not derogatory per se, like the Redskins.

Seems like Snider has his heels firmly dug in, I hope they stay that way, so more and more people hate them and create unnecessary distractions.

It would be nice
Mike in Marin : 7/2/2020 2:00 pm : link
If it could be decided by some type of vote by Native Americans. That way we would actually know if it is wanted to be changed by more than just a minority of outspoken activists and a few others. I'm all for changing it, but only if the majority of people's whose opinions actually matter and not the Kate Mara's of the world.

to me the term Indian as a team name is worse than the logo(maybe have the logo in red doesn't help).

It will help to honor the community/population that they have denigrated for so many years
It shold be more generic and true to principle
Bill L : 7/2/2020 5:19 pm : link
Change it to something like "The Washington [Your Name Here] and put it out to bid.


Yessir...but that doesn't mean WEEEEE have to change it. Theyyyy should be the ones to change their names :P WE'VEEEEE been around longer so WEEEE get priority.
Sorry to break it to you
pjcas18 : 7/2/2020 6:56 pm : link
but the NY Giants (football team) are named after the NY Giants (baseball team - now the SF Giants).

That's why the old school guys would still sometimes call them the "New York Football Giants" - for a period of time (in like the 30's or 40's) that was literally their nickname.


Completely untrue. I actually think the exact opposite - when the “snowflakes” push back the accusers typically can’t handle it. Fascinating character study, I experience it a lot with some friends of mine.
RE: RE: Sorry to break it to you
pjcas18 : 7/2/2020 7:46 pm : link
In comment 14928137 Anakim said:


Perhaps a new legacy, but the name persevered. It's like the St. Louis to Arizona Cardinals or Boston to Milwaukee to Atlanta Braves. Unlike the Cleveland Browns to Baltimore Ravens or Quebec Nordiques to Colorado Avalanche - those are resets to me.

Wait. Building a stadium 16 miles from your previous stadium is actually considered a “relocation” by you? Lol. By that definition
, every team in the history of sports that isn’t playing in the original stadium that they start in has been relocated.

You cannot be serious here. Sometimes it’s better to just chalk up the other person’s perspective as being flawed and moving on, rather than lowering yourself to their standards and create an even more flawed argument simply to try to “win” an argument.
RE: RE: RE: RE: RE: Sorry to break it to you
Anakim : 7/2/2020 8:22 pm : link
In comment 14928161 pjcas18 said:


They kept the New York name, so I don't consider it relocating :)
I would really be interested to learn what
joeinpa : 7/2/2020 9:19 pm : link
The majority of Native Americans feel about all these names, Braves, Chiefs, Warriors, Redskins, etc.


Have the Golden State Warriors ever made any reference to Native Americans? As far back as I can remember (circa 1994) their logo was a friggin miscolored bridge.

Seems unlikely their logo was the Bay Bridge when they played in Philadelphia. I wonder if the internet keeps track of these things.
Nike has pulled Washington merch from their website
j_rud : 7/2/2020 10:32 pm : link
And I dont see Snyder budging. You can expect protests outside FedEx if there is football in the fall. Regardless of how you feel about the name I think we can agree that'll be fun.
RE: RE: RE: I would really be interested to learn what
FearTheHippo : 7/2/2020 10:47 pm : link
In comment 14928213 Mad Mike said:


Thanks Mike, gotta love that '51 logo! Also, way to step on a decent joke about the Warriors taking an image of one of the most famous bridges in America and rendering it in the wrong color.


Nothing to do with those specific names, but I think the whole idea of names is silly. I really do prefer giving the team sponsor names (akin to field name rights) but, failing that, there’s nothing at all wrong with FC Washington, etc.
I"m an Indian
BigBlueCane : 7/3/2020 10:22 am : link
and I'm not offended in the least by the term "Redskin".

I am offended that the league has decided to embrace their own demise with recent announcements.
Im a NY FC fan
Sneakers O'toole : 7/3/2020 10:28 am : link
Yeah.............
I recall when this subject came up before
MadPlaid : 7/3/2020 10:39 am : link
that GoTerps made the argument that nothing will change until money gets involved. He indicated until the protest about the name begins to meaningfully affect income, the team and the NFL won’t change the name. Seems to me that’s what is going on right now and GoTerps knew what he was talking about. I think this tactic where the sponsors are demanding the name change will make something happen.

What’s the phrase? Go for the money?
did you know that contrary to popular opinion
aquidneck : 7/3/2020 10:50 am : link
The original Cleveland Browns were not named after coach Paul Brown, but instead after boxer Joe Lewis, then famously known as the Brown Bomber?

The Browns were originally the Brown Bombers.

As least that what it says on the internet.
Washington just issued
RicFlair : 7/3/2020 11:05 am : link
A press release stating they are having an internal review on the name. The nfl insider dudes seem to think redskisn name is on the way out.

Apparently, there's been some infighting; with Snyder not using the trademark, some squatters have tried to snap it up (see this article from 2015, Trademark squatter banking on different nicknames in hopes of Redskins name change and this one from 2012 Could the Washington Redskins become the Washington Warriors?).

However, I took a look at the current trademark status for "Washington Warriors", which says "DEAD/APPLICATION/Refused/Dismissed or Invalidated;This trademark application was refused, dismissed, or invalidated by the Office and this application is no longer active."

This may be a THIRD party application that was refused, as when you open up the "Current Owner" tab, you see that the current owner is Washington Football, Inc.

Now, I'm not sure how Snyder kept the trademark, as I thought there was a limitation on how long you can keep a trademark without using it (though Snyder has a lot of political connections with influence).


This is not a GoTerps revelation. This is how the NFL has always operated, they won’t change until either money gets tight or they see an opportunity to profit.

Just look at the anthem they want to do. A year ago they were fining players for kneeling and now they all of a sudden changed to embrace it? No shot, it’s 100% opportunistic and always has been.
If I’m Snyder, I’m keeping it simple..
Sean : 7/3/2020 12:31 pm : link
Keep the same branding with the following changes:

-Drop the “skins” and just go by Washington Reds
-Keep the same logo, but using an R instead

Fabulous feature of a free market, capitalist economy.
Why doesn’t the NFL (or other interested entities) just buy him off
Bill L : 7/3/2020 1:25 pm : link
Offer a billion dollars or so for naming rights.
Snyder should move the team
fanatic II : 7/3/2020 1:35 pm : link
The NFL wants international teams.

Snyder should volunteer to move the team to Mexico City. Jacksonville will go to London. Goodell will be all over that. It would happen.

Then Snyder gets his revenge at DC by taking away their team.
.
GiantEgo : 7/3/2020 1:37 pm : link
There are some good ideas here about keeping the logo and changing the name. I'm guessing they will go with something military themed. The NFL loves to incorporate jingoistic military displays into their marketing it's catnip to them.

I hate the Eagles, Cowboys and Generals now. LOL.

The more I think about this
pjcas18 : 7/3/2020 1:51 pm : link
they should probably get rid of the "Washington" part now too. People who find Washington offensive is picking up steam these days.

they should call them themselves something like the Capital City Capitals or something so utterly innocuous no one can ever complain.

And for the record Capital City Capitals is from the Simpsons (Dancin' Homer episode), so if that's the way they go, once again the Simpsons will be prophetic.


IF YOU DON'T GET THE JOKE DON'T RESPOND YOU FLAPLESS IDIOT