This actually might happen - real $$ are involved
Joey from GlenCove : 7/3/2020 12:10 pm : link
we need to send a mole into extreme skins for updates
_______
I am Ninja : 7/3/2020 12:11 pm : link
I'm no expert, but ya gotta think from a business perspective you can't lose. Fans aren't going to abandon the franchise. If they still want to identify their team as the Redskins, have at it. You rebrand the whole fuckin thing. If you want to get real crazy you can even change the color scheme. Or dont. Point is, if you want to wear a skins jersey that old Gus ferrotte isnt it any longer. Who's not going to buy a new hat, sweatshirt, etc. No one's shitting on you anymore. Just don't fuck up the rebranding I guess, which isn't necessarily a given. But they'll go with some cliche bullshit like DC franchises always do. Except the wizards. That's a cool name. Everything doesn't always have to be so on the fuckin nose.
Yeah, he is going to have to
ZogZerg : 7/3/2020 12:12 pm : link
change.
Oddly enough...
trueblueinpw : 7/3/2020 12:16 pm : link
This can only be good for Danny Boy’s pocketbook. Justice served yet again!
..
Ryan in Albany : 7/3/2020 12:17 pm : link
The Washington This took too longs.
They should adopt the alternate unis they wore under Spurrier
Sean : 7/3/2020 12:21 pm : link
Always thought they looked sharp.
Redtails?
trueblueinpw : 7/3/2020 12:29 pm : link
People on Twitter suggesting the Redtails which is, they say, what the Tuskegee airmen caller themselves. Idk... actually seems like a decent idea.
Crazy times
NYRiese : 7/3/2020 12:37 pm : link
Actually Dan Snyder will have to get approval and permission from a small but intense riotous mob in his selection of a new team name.
Otherwise the protests and rioting will start anew against the rebranded name.
Seems likely to happen now
moespree : 7/3/2020 12:42 pm : link
FedEx, the business with the naming rights to the stadium, Pepsi, the official soft drink of the NFL, and Nike, the official jersey manufacturer all want them to do it. Seems almost impossible for them to ignore these requests given the amount of $ involved and importance of all 3 sponsors.
RE: Crazy times
UConn4523 : 7/3/2020 12:43 pm : link
In comment 14928366 NYRiese said:


Sure, or he can simply name his business something that doesn't isolate a group of people that were brutalized.

I'm pretty indifferent on this (demanding name changes), but the reactions to it are strange. This isn't something that's been requested for the first time in 2020 - its been going on for years and he's been avoiding it for years.
I am 1000% percent
Mr. Nickels : 7/3/2020 12:53 pm : link
against this nonsense but if they must wouldn't Hogskins be a good fit? Can still say the Skins it's already built into the team history with the Hogs. Fans dress up like it etc etc
I still like the picture of the Indian on the helmet
GiantTuff1 : 7/3/2020 1:00 pm : link
just change the name.

It still preserves the homage to the tribal people.


No way ... the Harry Potter brigade would say it’s too close to Hogwarts, the lawyers for Mr Wolf would say it’s derogatory to the memory of the one who couldn’t blow down the brick house and ... not to mention hog is close to pork which is offensive to some religious sects. You see, once you start listening to some nonsense, you have to listen to it all.
I am 1000% for this
DonQuixote : 7/3/2020 1:02 pm : link
Sensible and long overdue change.

The ex-owner of the Washington team, the person who came up with the name, was a notorious racist, resisting for years the integration of black players in the league. I believe that owner is being removed from the ring of honor.

Snyder may have had a backup plan in his pocket.


George Preston Marshall was a notorious racist and renamed the Braves to the Redskins to capitalize upon playing in Fenway with the Red Sox and exploit the fad in that period of time, lead by Jim Thorpe and things like the Carlisle Indian Football group. He went as far as hiring a person impersonating a Native (William Henry "Lone Star" Dietz) and doing the equivalent of a "redskin minstrel show" during games - complete with having his HC wear the ceremonial head garb and war paint.

This is the same person that required Dixie played before the National Anthem at games, refused to integrate until he was forced to (by having his new stadium location get blocked) and left a significant sum of his fortunes to be setup specifically to fight racial integration.

Argue to what degree the term "Redskin" is filled with the same vitriol and hatred that other racial epitaphs are, but never confuse that the organization playing in DC was at the forefront of racist policy and practices for nearly 4 decades and used the branding to cash in and exploit a fad. You're calling back to something that simply isn't there.

There was no culture in that organization from 1933 to the mid-60s and anything Snyder can do to distance himself that much further from a shit stain on history like GPM is a good thing.
RE: Washington Warriors...leave all logos, colors, uniforms the same.
Osi Osi Osi OyOyOy : 7/3/2020 1:24 pm : link
In comment 14928381 Tom in NY said:


If I had to guess, this is the way it goes. The Redskins logo itself isn’t offensive like the Cleveland Indians logo was, although some will still have a problem with it.


If he changes it, it would be foolish beyond belief to come anywhere close to a subset of people’s. He should walk as far away as he can. Name it the FedExers
Change it to Washington Tomahawks
montanagiant : 7/3/2020 1:30 pm : link
And just change the logo. Same type of scheme but without the racial part of it
RE: Change it to Washington Tomahawks
Bill L : 7/3/2020 1:34 pm : link
In comment 14928395 montanagiant said:

Until he’s accused of appropriation. He should get rid of the current name but I think he’s an idiot if he tries to keep the same theme.
I’ve seen Warriors, Reds, Redspears, Redhogs, Redfeathers and Braves
Ben in Tampa : 7/3/2020 1:34 pm : link
All suggested

If they nickname still starts with an R, they can use that classic stylized R as the logo. I always thought that was a great looking logo.
Snyder ditching that obscene
NoPeanutz : 7/3/2020 1:47 pm : link
offensive nickname is the biggest fucking no-brainer in the American business/political landscape. It boggles the mind how it could still be in place- how it wasn't changed 20 years ago.
The only explanation for Daniel Snyder keeping that name in place must be that he's some combination of a massive troll/ sociopath prone to self-harm/ bumbling idiot of historical proportions.
UAGiant goes:
trueblueinpw : 7/3/2020 1:53 pm : link
Boom!

OTOH, Redtails seems like too clever a pivot to me. Just get rid of your offensive name, that's enough, no need to do homage to anyone. 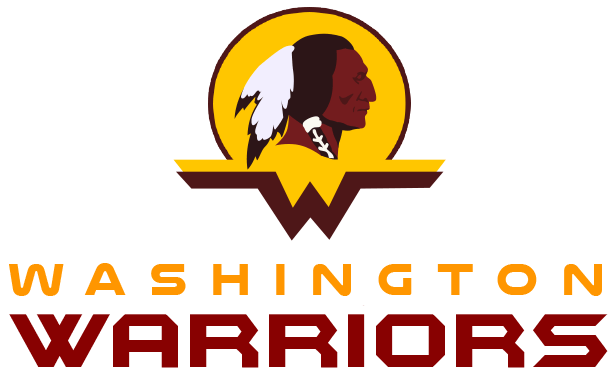 Skip Bayless pointed out this morning
NoPeanutz : 7/3/2020 1:59 pm : link
that, as everyone knows, Washington was the last team to employ black players. It was so bad that in 1961, RFK threatened to revoke the team's lease in their stadium unless they got with the times. With their arms twisted, Washington used the top pick in the draft to take Ernie Davis... but Davis refused to play for DC because it was such a racist, threatening shithole and forced a trade to CLE.

Another great tale from the annals of the "8 decades of bravery, pride and respect."
You can't have the head of a human being
NoPeanutz : 7/3/2020 2:04 pm : link
in your logo- real or imagined- if it represents some idealized or stylized minority culture. That's offensive objectification.
IMO, a tomahawk is not as bad. But if you will use a specific artifact to symbolize the spirit of your squad, you must tread carefully and make an effort to represent authenticity.
UAGiant -- with a GIANT of a post!
CT Charlie : 7/3/2020 2:21 pm : link
Well done. As for others' suggestion of Warriors: despite its superficial appeal, in this context it could easily be viewed as derogatory for linking indigenous people with war. Not a good idea.
I have 2 items on this topic
SteelGiant : 7/3/2020 2:22 pm : link
1) I always thought "Hogs" would be a good name for them to change to. If you are going to change your name why not pay tribute to something in your teams history. Also Washington Hogs if a good name to represent some people who work in that city. D.C Hogs


This is the name I have been thinking they should consider for years. I really don't see any racist connection in this.
The Redlegs
Big Al : 7/3/2020 2:51 pm : link
worked for a number of years in the 50s for a baseball team but that would not work here.
The Washington Wigwams.
MOOPS : 7/3/2020 2:54 pm : link
And build your next shithole stadium to look like one. 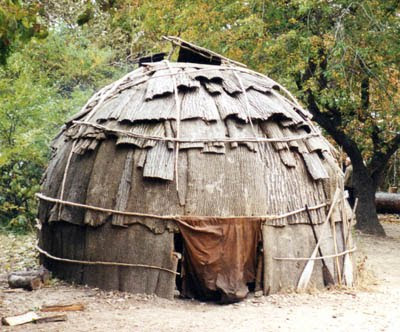 .
GiantEgo : 7/3/2020 3:05 pm : link
We have Dan Snyder and the NFL working on this. Not a formula I would pick for a great outcome
Good. And long overdue.
SFGFNCGiantsFan : 7/3/2020 3:12 pm : link
Washington Generals, Washington Senators...whatever. Just get rid of the current name.
I get the Redhogs idea
moespree : 7/3/2020 3:21 pm : link
Keeps red in the name, color scheme stays the same, and renames them something closely associated with the franchise already.
RE: RE: Change it to Washington Tomahawks
Sonic Youth : 7/3/2020 3:43 pm : link
In comment 14928398 Bill L said:
People don't accuse the Braves, Seminoles, or Blackhawks of appropriation. Not sure why you think people would complain about Tomahawks.

I personally never gave a shit about the name, but the people whining about it in this thread as if it's some majorly impactful "sign of the times" are being such crybabies. I mean like, St Johns did this a long time ago.

The only Native American Sports-ish thing I think is way over the line is the Cleveland Indian's Chief Wahoo or whatever they call him. That shit is dumb as fuck and should have been canned years ago (maybe it was, I don't really follow baseball). If that was a caricature of a black man, it'd have been gone a long time ago.
RE: You can't have the head of a human being
Sonic Youth : 7/3/2020 3:45 pm : link
In comment 14928416 NoPeanutz said:
I don't think the Blackhawks or Redskins logos are appropriation. The football team itself does not have a race or anything.
I'd bet
HoustonGiant : 7/3/2020 3:50 pm : link
99% of the people offended aren't Native Americans.
That’s fantastic
HomerJones45 : 7/3/2020 3:54 pm : link
And even better all these hedge funds and investment managers can take credit for their social consciousness without having to hire one more minority, elevate anyone to the executive suite or invest another dollar In a minority community or ten cents in a reservation that doesn’t have a casino monopoly.

Of course Snyder will change the name. It costs him nothing, he will have a merch bonanza, he can still run his business exactly as he wishes and the very easily distracted will move on to another meaningless “offensive objectification”. Personally, I suggest Mario, Luigi and their offensive accents.
RE: RE: Change it to Washington Tomahawks
montanagiant : 7/3/2020 4:13 pm : link
In comment 14928424 Blue21 said: