truebluelarry : 7/10/2020 4:46 pm
(This might actually be a semi-Giants thread, since they appear as a supporting character).

Many fans may not be aware this, or possibly know about it but have never seen an actual photo, but during the 1929 season the Orange Athletic Club (sometimes known as the Tornadoes) eschewed the traditional numbering system on their jerseys and instead assigned each player a letter of the alphabet .

I've been able to gather up a few photos from newspapers over the years but not until recently have I seen their lineup presented in a program (displayed courtesy of my friend and fellow history enthusast Mike Moran).

This practice only lasted one season. In 1930 the Orange football team moved to Newark, officially named themselves the Tornadoes and conformed to the conventional method of using numbers on their players jerseys. 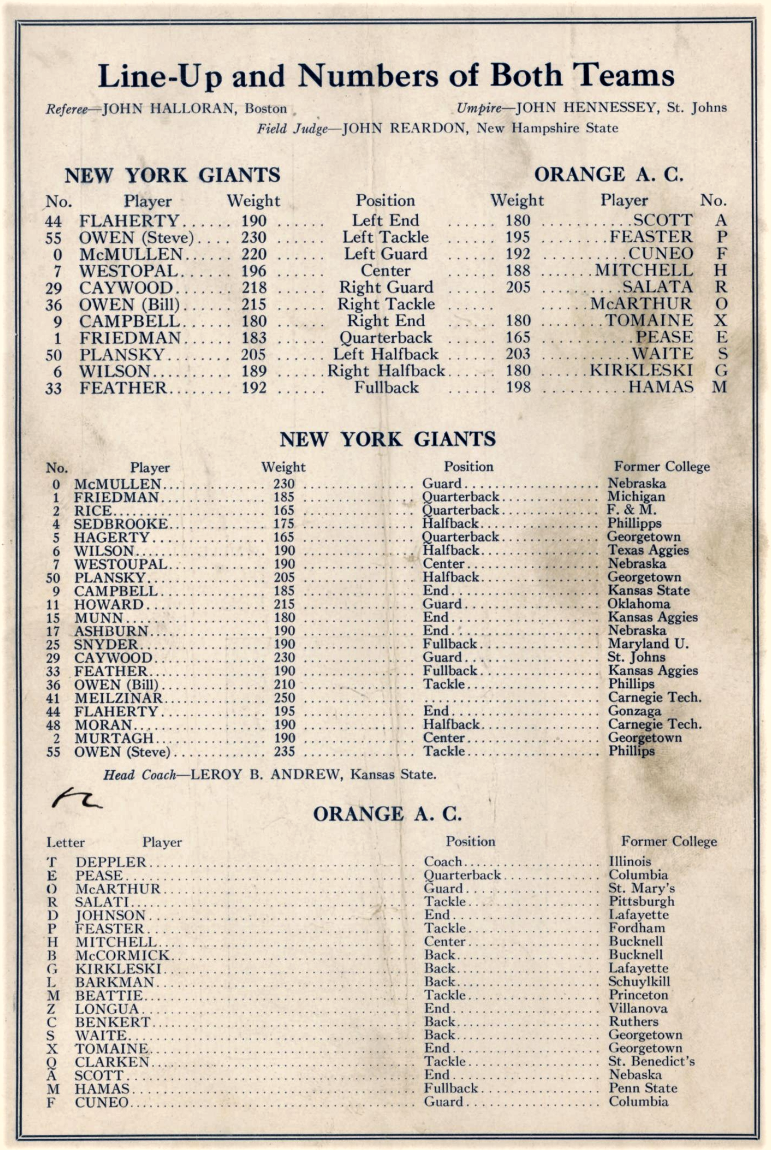 Lineups from the Giants-Orange program 11/10/19 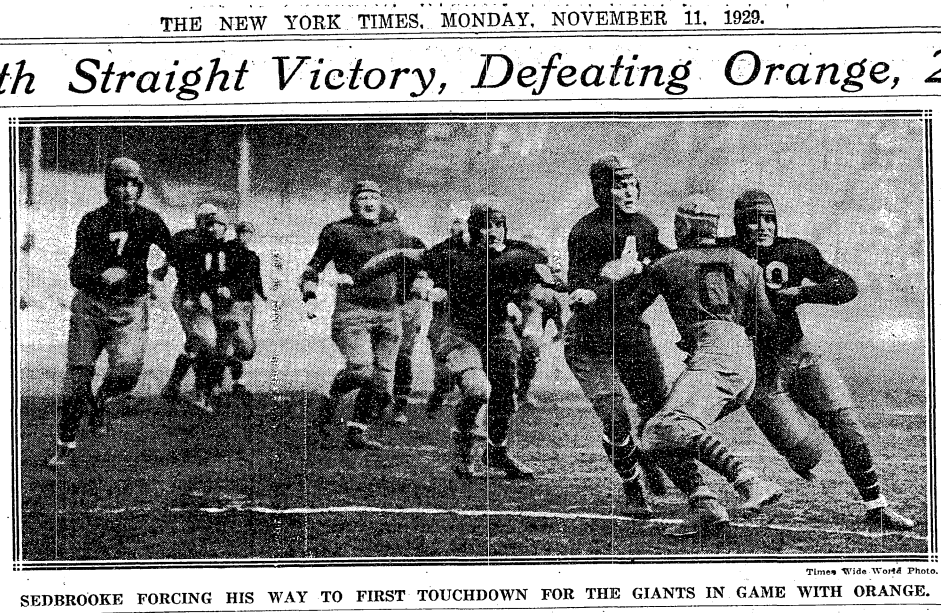 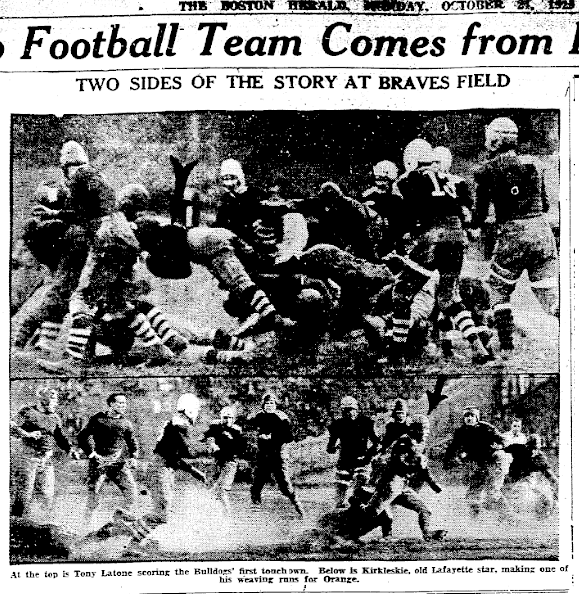 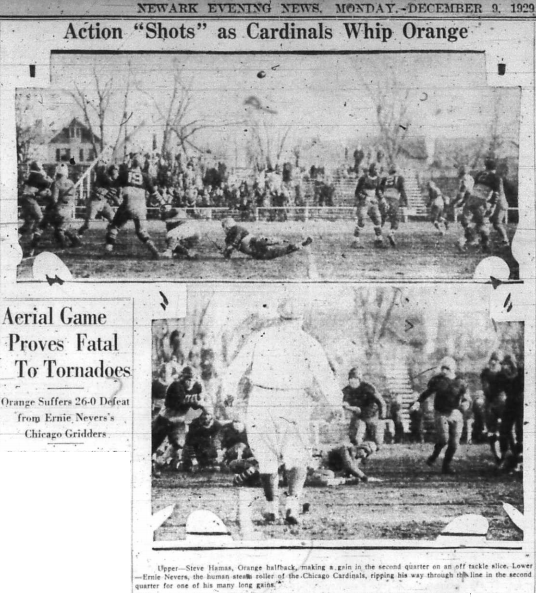 Orange vs Chicago Cardinals 12/8/29
The player in the top photo on the far left has the letter "Z" on his jersey (I wish I had a higher resolution of this photo). 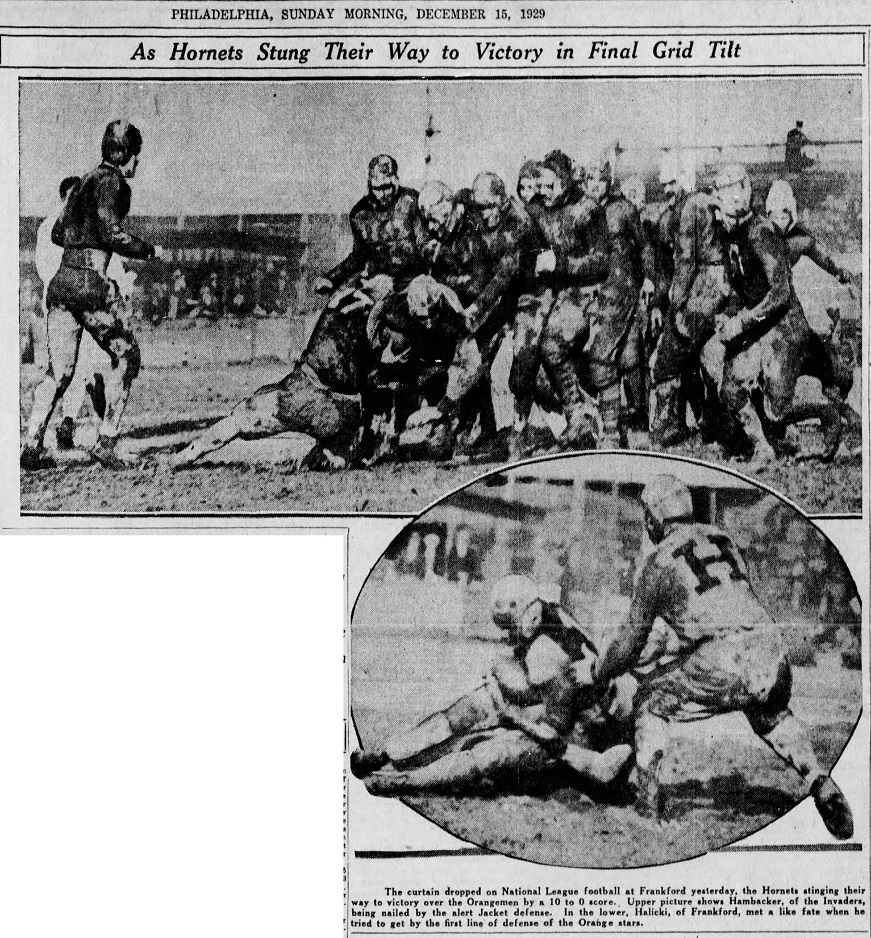 Orange at Frankford Yellow Jackets 12/14/29
In the top photo the third player from the right (partially obscured) has the letter "R" on his jersey; in the bottom photo the Orange player shows off his letter "H"


The single-platoon era players were a completely different breed. They were conditioned for endurance and the skillset requirements demanded versatility.
Imagine today's 300 lb lineman trying to go for 60 minutes or a QB being told he has to play defense.
It would never happen but a couple of preseason games with 2-way
Ivan15 : 7/10/2020 8:59 pm : link
Players would be real interesting. Think about what other position some of the star Giant players would have played.