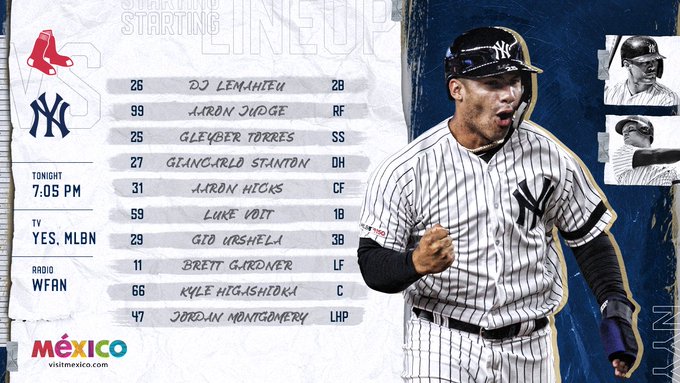 They were also smart to move on from him as his injuries started to pile up.
John Sterling was off last night in the booth
xman : 8/1/2020 11:29 am : link
and Rickie Ricardo filled in well for him.


I see Lance Lynn and Sonny Gray are doing nicely since leaving the Yanks. Win some lose some


and very unfortunate that those injuries caught up to him. One of my favorites from the time they drafted him.
RE: RE: Betances was great for the Yanks for several years
mfsd : 8/1/2020 12:17 pm : link
In comment 14941979 RasputinPrime said:


I’m with you...as the core four era declined, we had a lot of lean years in the farm system, where most of our draft picks and big prospect signings flamed out. Betances was really the first touted prospect who actually made it and became a difference make in a long time for the Yanks.

Gardy’s been a bedrock player for over a decade, but he wasn’t a highly touted as a prospect, he’s outperformed all projections