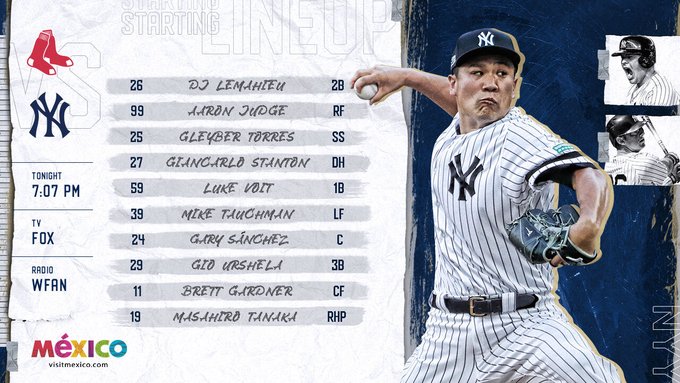 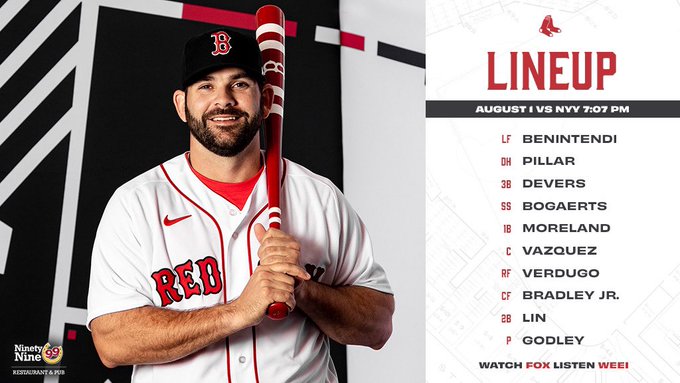 
No problem, man. I didn't know that lineup pics don't post in the OP. That is odd. After that happened, I took it as bad juju and just figured someone else would start, so I'm glad you did.


Why should he? Yes he isn't hitting yet but neither is Gary. 1st couple games he was bad at the plate. Last couple he is starting to see the ball.
Urshela was not hitting 1st few games either, now..


Awesome. All without Chapman so far.

And yet every game thread someone is crying about who the Yanks are or aren’t using out of the pen. Lulz


We lost Kahnle, but Next Man Up. I would say it bodes well that they can just pick a name from the pen, run him out there and that pitcher gets it done. I said last night that I think Boone is trying to build confidence throughout the pen so that he can call on just about anyone. I have to say I did not remember Hale throwing that hard last year.

Something John Smoltz said last night caught my attention - he said he thinks Chad Green could be a very good starter. I was not paying close attention, but he used a pretty strong endorsement for Green - cannot recall the exact words, but it was very strong praise.
With
PaulN : 8/2/2020 10:43 am : link
Nelson, Green, and Loaisiga in the pen all capable of multiple innings, and even with losing Kahnle, who I do like a lot, we are getting Cessa back, another guy capable of multiple innings, and Chapman back. A pen with Chapman, Britton, Ottavino, Green, Cessa, Loaisiga, Nelson, Holder, and Avilan is still a great bullpen. The biggest difference this season is the amount of guys that can give you multiple innings. The other big takaway besides Nelson yesterday was Montgomery on Friday, if Paxton can get back on track tonight, the team could not be in better shape, with Tachman developing like he is, I also see no need for Gardner, he is blocking players like Tachman, Frazier, and Andujar. Despite saying that and hoping Gardner is not here next season, he is here now and Gardner along with Sanchez are both streaky hitters, and both are getting close to busting out.
RE: With
adamg : 8/2/2020 11:07 am : link
In comment 14942359 PaulN said:


You are taking it wrong. All I was saying is that you could play Frazier and Miggy over Gardy.
But you bring up a legit question. I tend to regard them about equal. Miggy likely the better hitter, but a worse fielder. Frazier is faster with better arm(talking OF play).
Miggy is learning 2 new positions because his IF play is not MLB quality at 3B - passable I guess. I don't know what happened to Frazier in RF last year as he was a fair to avg LF at worst.
I think they are in the same boat, MLB ready with no place to play.

I could be looking at this wrong.
^^^^
Del Shofner : 8/2/2020 4:56 pm : link
Stanton's our DH for all 60 games or very close to it. He's not going to play the outfield with four very good defensive outfielders in front of him. Frazier and Miggy would be best off as DHs but there's no spot for them either there or in the outfield, except very occasionally.

Miggy at 3B again? Maybe in an emergency.


So far Miggy hasn't shown to be a liability in LF but he really hasn't been out there much. When he has, he's done ok, but I'm not sure I want him out there in a big spot as of yet.

I've said it before but if Gardy has lost his bat, I can really see a Tauchman/Miggy platoon in LF. Maybe Miggy on the off day for Stanton at DH or if they decide to give Stanton a day in LF as well.

I don't see a spot for Frazier on this team unless an injury but I do think they want Miggy's bat and will find a way to get it in there somehow.

There are certainly worse problems for a team to have than too many good players,