Holmes will compete but he will most likely play slot CB. I wonder if Love moves back to CB to compete for the starting job opposite Bradberry.

The Giants need to add a veteran to compete with all these young corners. Logan Ryan will be the popular suggestion but he will cost a lot and he is also a better fit in the slot.

Dre Kirkpatrick would be my top choice.

New coach, new system, new guidelines, new structure...etc..etc.. And for a guy who has had very limited playing time over his first 2 years, this does not look good on his part.
RE: All I know is
Milton : 8/5/2020 10:53 pm : link
In comment 14944805 montanagiant said:
I don't know about that. Another way of looking at it is if there was one starter for whom the team might better be served tolling this year so that they have him on his rookie contract through 2022 instead of 2021, it was Sam Beal.
This seems like an all around win, frankly...
glowrider : 8/5/2020 11:20 pm : link
This season is already a shit show. It is his third season, with a new staff, no pre-season, no practice, and enormous pressure because of Baker (he had plenty of his own things before that got tossed in his lap).

If we end up with a handful of games in 2020 and his contract rolls into the 4th year, he is all but assured to be gone. This allows him (and the Giants), to make sure he stays healthy this year as best he can, work out, learn, be with his family and attack his "third" pro year in 2021, with, hopefully, a more normalized program for him to develop in. Ideally, this helps his confidence going forward and turns out as a net positive for future Giants teams and Beal.


Thanks for this perspective, Milton. I think yours is the most perceptive take on this situation for the Giants.
So clearly Gettleman is a BBI poster, right?
sb from NYT Forum : 8/6/2020 1:55 am : link
...because so many here think throwing away 3rd rounders is totally excusable? Because Reese couldn't hit on any of them so therefore they are worthless, right? Right?!?
You’re all sleeping on Grant Haley
BillT : 8/6/2020 8:14 am : link
My pick for the guy who’s going to step up. Everyone thinks he’s a slot guy but he has always been an boundary corner and he’s going to surprise folks.
It's his choice
Rudy5757 : 8/6/2020 8:44 am : link
As a 23 year old kid he is probably getting pressure from his family to sit out if its not for a medical reason. Im not confident in a full season anyway so I dont see this as a big deal. I do think it will hurt his career in some way. I think no matter what guys who sit out wwill have that attached to them unless they are already proven players. I guess we will see.

That said, it's his right to opt out, dislike him (from a football standpoint of course) because he's awful and he was acquired with a premium pick, not because he's concerned for his welfare.
Yeah, I did not expect him to stay healthy anyway
Jim in Forest Hills : 8/6/2020 9:31 am : link
In all honesty Ballentine has the upside on the back end of the depth chart. He's really fast and physical, but he did get burned badly. Hopefully he can pick it up this year as the 3rd or 4th corner.
Beal
stretch234 : 8/6/2020 9:41 am : link
Yes it sucks for the team ....

however, anyone complaining about any player opting out with what is going on in a Covid world is pretty short sighted 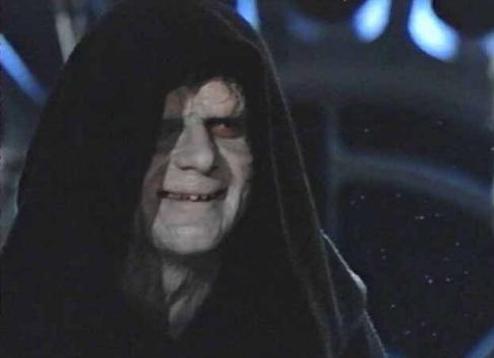 Solder has a family with a sick child.

Beal...I believe he does not....if he has elderly family members..staying away is not really that much of a hardship.

Beal has been at camp.....just wondering if there were others out playing him?
Beal is costing himself money and an opportunity he may not get back
Eric on Li : 8/6/2020 10:31 am : link
it's not like he's just sitting home and bailing on his team for his own benefit. Anyone is allowed to make a decision and who knows what situation his family members are in.

It could be as simple as his wife/gf being pregnant, and by playing the season he'd have to quarantine from her and/or the newborn, and not only that leave her to have to handle the newborn entirely on her own? The guy is making close to league minimum so it's not like he's able to hire a 24/7 staff to help his family while he's in a bubble bc he's exposed to 100's of people each week to play football. He could be in close contact with a diabetic. There are literally dozens of fairly common risk factors unrelated to him directly that would cause him to get advice from doctors to not participate.
RE: Not sure if Beal has health issue, but
Mike from Ohio : 8/6/2020 10:39 am : link
In comment 14944904 George from PA said:


and this has what to do with Sam Beal, presumably living in the tri-state area, and considering the prospect of traveling around the country and interacting with hundreds of others who have done the same?


You actually have no idea why he would opt out? That may be because you don't know a single thing about him, his health, his family, his risk appetite or his future plans.


I don't hate Beal (even sports hate), and at the time it wasn't a bad use of a 3rd round comp pick (according to the consensus), but it worked out terribly.


There are responses to the news that a Giants player has opted out. You seem to be the only one who is confused by why.

The NFL didn't create an opt out option - special circumstances or not, because it seemed like a fun thing to do. There is an expectation otherwise healthy people would choose to opt out.
another gettleman whiff
japanhead : 8/6/2020 11:46 am : link
sam beal will have been a giant for three years, and i think will have played a grand total of 3 games in that time, out of a possible 48. oof.
RE: another gettleman whiff
Eric on Li : 8/6/2020 12:09 pm : link
In comment 14944959 japanhead said:


Maybe it's better to look at his full draft results vs. 1 pick? Every GM has multiple Sam Beals so if that's the criteria for evaluation it's not exactly telling. Beal looked halfway decent in his debut last year.
I am not confused.....
George from PA : 8/6/2020 12:15 pm : link
I just think there is something else...

Like a failed drug test and pending suspension ....that is driving decision.


Whats your point?
RE: Ohio.....the state that we are in....is illogical
Milton : 8/6/2020 3:02 pm : link
In comment 14944919 George from PA said:
Makes perfect sense. Everyone hunkered down, no deaths from car accidents, no deaths from bar room brawls, no deaths from work accidents, and no deaths from all kinds of things that are the result of people being out and about (not to mention deaths via armed robbery since there are so fewer targets on the streets for the bad guys to encounter).
You have to love BBIers that try to turn every thread political
sb from NYT Forum : 8/6/2020 3:05 pm : link
.
As a reminder...
Mike from Ohio : 8/6/2020 3:42 pm : link
freedom of speech =/= freedom from criticism of what you say.

You can say what you like. Others can agree with you or call you a fool. Nobody is infringing on your right to free speech unless they are trying to get you banned or otherwise silenced.

So many guys are slated to be higher picks then fall during the Spring. I don’t feel like the supplemental process puts that type of scrutiny on a guy. And too many guys “would have been a top X pick had they declared.” You really don’t know where a guy would have gone unless he goes through all the rigor.

Beal got medicals by 1 team I believe. Maybe if he goes through the combine his shoulder gets stronger look.
Logan Ryan
jacob12 : 8/6/2020 5:45 pm : link
Logan Ryan was one of the best DBs in the NFL last season. He led cornerbacks in tackles, sacks, and had 4 interceptions.

Yes they certainly could afford his well-documented $10M asking price and he would likely be an effective slot corner. On a defense still likely to finish in the bottom quarter in team defense.

I’d prefer to give Holmes and Ballentine a shot and roll over money to next year.
Over the past two years, there was a lot of confusion on defense
bc4life : 8/6/2020 7:25 pm : link
especially in the secondary. It's going to be interesting what some new coaching can do with players like Ballantine and Haley. Holmes is an interestig prosect and Love can play safey and CB. I'm not as concerned as others re: the secondary.

Hopefully, this Baker thing evaporates, or results in a minor sanction
Sam Beal......
johnboyw : 8/6/2020 8:10 pm : link
I don’t think Sam Beal wants to play football, period. After sitting for 2+ years and with a starting job staring him in the face, he decides to sit the year out? He is isn’t mentally or physically tough enough to play in the NFL. Too bad Gettleman didn’t figure that out 3 years ago.

They should move on from this guy, he can't even stay on the field. Now that he is healthy, decides to opt out.
Time to move on.
If they're at all serious about trying to compete this season...
Torrag : 8/7/2020 8:37 pm : link
they have to sign Logan Ryan.

As far as Beal goes some guys are just injury prone. No one here has any idea if he's actually a decent ball player. We never knew him.
Pages: 1 2 3 <<Prev | Show All |