Tonight’s the “Judges” coming out party, does the Emperor

The great talking is over and now it’s on the field, preparation and performance. Judge the “Judge“. Predicted verdicts are?

I say Giants won’t win, but perform well as a team. So Judge gets a good but not excellent for first on field trial. Emperor has clothes.

Are you actually Skip Bayless?
...
HitSquad : 9/14/2020 11:53 am : link
After last night...I think if we are in field goal range on fourth down with the game tied in the 4th quarter, Coach Judge will kick it.
Well
Matt in SGS : 9/14/2020 11:54 am : link
Bill Parcells and Tom Coughlin both lost their 1st game as NYG head coach. And they went on to win 179 games and 4 Super Bowls between them. I'm curious to see how the Giants play, but I'm not going to throw dirt on him if they don't start off well against a very good defense.
Let's Just Hope We See The Beginnings Of
Trainmaster : 9/14/2020 11:58 am : link
a smart, tough, fundamentally sound football team. It will be a long process, with some setbacks, but hopefully we'll see some improvement as the season progresses.
Can we give the guy a little more time than 1 game?
rnargi : 9/14/2020 12:02 pm : link
How can you possibly assess good OR bad considering he's literally going into the season blind? He has never seen a single one of these players perform under game conditions. He has no idea what the pressure they'll feel while facing live action will do to them...especially the rookies.

We won't know what we have in Judge for at least half the season. And then, we'll see what he learns and how he pivots. It's a process. It will take significant time.
Do..
FatMan in Charlotte : 9/14/2020 12:05 pm : link
you even understand the parable about the emperor not having clothes?


It's kind of ironic a guy who calls himself plato doesn't understand this.
Predictions...
Thegratefulhead : 9/14/2020 12:25 pm : link
I think we win. I just have a feeling the players come out the way they did for Jones's first start. I think we managed Covid well from a player morale point of view. I think we managed the racial injustice issues as a franchise positively. I think they are going to leave nothing in the locker room tonight. Just a hunch.
A senseless
PaulN : 9/14/2020 12:26 pm : link
Thread, rating Judge at least until after the season is over is a fools errand. Just like all the in Reese we trust threads that were crowning him while he buried the Giants with 8 consecutive years of bad drafting, then we get the same crew blaming Gettleman now, 8 horrible years of drafting takes years to rebuild, but talk to the wall around here, now the Joe Judge ratings start.
He has all of those great NFL Giants logo clothes
arniefez : 9/14/2020 12:38 pm : link
Not worried about his wardrobe.

I don't think he has any pass rushers and I'm not sure he has any good NFL level OTs right now.

Hopefully when the season ends he has a few good OTs and finds a pass rusher or two that's on the current roster.

I don't expect many wins in 2020 from a new HC, almost all new staff, a 2nd year QB who had no OTAs or pre season games. A center who has never centered before. A secondary that lost 3 high draft picks before game 1. To go along with the OT and pass rusher question marks above.

So what interests me in 2020 can Barkley do enough to be worth the fortune they're going to pay him after this year? Can Jones stop fumbling? Can the OTs be good enough that by the end of the season so it's no longer a glaring need? Are there any good LBs on the roster?

Is the game run well? TOs/clock management/ getting plays in quickly? Are the constant blown secondary assignments ended? Are the DBs still giving a 9 yard cushion on 3rd and 7? That kind of stuff interests me more than W/Ls this year.

he actually meant an homage to the children's clay but spelled it wrong.
The Giants are overmatched tonight
David B. : 9/14/2020 1:44 pm : link
And are expected to lose.

So if they lose, it doesn't mean Judge sucks. If they steal the game, BBI will think he's the next Lombardi/Belichick. Until he loses.

Let see if they play the kind of hard, disciplined, football Judge has been preaching. Low penalties. Not too many mental errors.

Even if they lose, what I want to see is: Do they fight? Are they still in it toward the end of the game? Does Jones hang on to the ball against a team that will be trying to strip it? Those would be good signs.

Or is it over early? Do the make a bunch of mistakes and help the Steelers by beating themselves? It's a young team starting a LOT of new players and several rookies. That's a recipe for mistakes, regardless of a new HC and staff.

It's game one. WIn or lose, I won't be judging Judge (i.e any final conclusions) on ONE game under these circumstances. 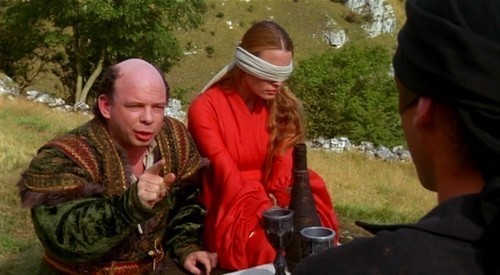 
Paul agreed, but remember this is BBI, where Judge’s fate could be described after two quarters on the game thread. I kid not, unfortunately.
Mixed metaphors...
trueblueinpw : 9/14/2020 2:34 pm : link
Never a good idea, even for a philosopher king. But I’ll play because I’m home sick with nothing else to do and it’s game day so let’s go Big Blue!

From Judge I want to see that the stage is not too big for him. Think, MacAdoo’s big suit or much of the dumb stuff he did in the post game pressers. Think about Pat Murmur and how he never once seemed like a head coach on the sideline or at the podium. There’s already some signs that Judge is in over his head. And yes I know it’s too soon to tell, I do! And let me quickly add that there signs, maybe just as many, that he’s not in over his head. I thought his first presser was impressive. I think hiring former HCs to his staff is a good sign. Anyway, what I want to see from Judge tonight is preparation, poise and professionalism. He doesn’t need to be perfect, he’s a kid and he’s going to make mistakes. Please just let him avoid any ridiculous trouble. He’s so young and so inexperienced we can only hope for a solid start and the patience necessary to let him grow into the job.

I’m much more interested in what QB1 and RB1 and the O-co are able to do against a good defense. I want to see the Oline with the first round top draft pick rookie at T and the new C, and especially the promising young G who took a step back year. Will the TE from Ole Miss stay on the field and be the mismatch we know he can be? Our WRs are... what? Old, late round draft gold, injury prone? What? The talent on the Giants, in terms of picks and experience and time together and in terms of coaching, is on the offense. Is it asking too much to expect the Giants offense to come out and look sharp in execution and scheme? I don’t think so. The offense better put points on the board and they better protect the football. That isn’t asking too much even in game 1 of a new regime in COVID times.

I have low expectations for the defense. But if we get run on, even with my low expectations, I’ll be very disappointed (but honestly not too surprised). Where’s the pass rush coming from? Who sets the edge on this team? Who’s a playmaker on this defense? Lotta’ questions, lotta opportunity to show progress and improvements.
As long as he doesn't have a McCarthy level coaching effort
Zeke's Alibi : 9/14/2020 3:03 pm : link
where his players come out pretty flat for an opener and then make some moronic decision in the 4th, there is only one way but up. In fact if the Giants look well coached, well prepped, and control the game properly then the future seems pretty fucking bright against a veteran arguably elite team (really depends on Ben). That's a hell of a proof point on your resume.