NFT: If you could start a new career what would it be?

Similarly, a position in coaching (particuarly baseball) at the college level.


When I had just left active duty, we were living on the beach in Alabama (right where the hurricane just hit, actually) and I almost tried to become a game warden. I knew a guy who was one, and his life seemed pretty damned awesome to me, but the starting pay was abysmally low. This guy had been at it for 10-15 years at that point so he was making decent money, but it started at like $24K/yr. Even with the low cost of living in Alabama, that wouldn't go very far.
Own a landscaping business
FranknWeezer : 9/18/2020 12:24 pm : link
Particularly, one that does both the retail end (boulders, timbers, plants, etc.) and that also handles residential design work and installation.

My first job as a teenager was as a "grunt" at a local lansdscape outfit here in the deep south. Worked a lot during summers and holidays. Loading mulch, rocks, hauling stuff, Christmas trees, etc. Was backbreaking and paid like crap, but it was one of those "put hair on your chest" jobs that I really am glad to have done.

I love working outdoors, do all my own yardwork (with my 13 y/o son's help these days, thankfully) and planting, and I feel great when I can get my hands in the dirt and complete a project.


In my mind I'm going to be a park ranger or game warden - something like that - when I retire.

I always felt like I wouldn't be able to completely retire, I'd need something and those are jobs I'm interested in.

But realistically speaking someone not in their late 50's/early 60's (god willing I can retire at that age) would be better suited and more desirable than me for those jobs.

So, I'll probably do the job most of the old men around here do and work for the car dealerships driving cars back and forth. lol - mostly loitering around the dealership drinking coffee and gossipping waiting for you to be needed.

I did a radio show on the college station back in the day, that was fun. And I worked one summer for the Lakewood Blue Claws, that was fun too. One day, they even let me do the PA Announcer thing "Now batting for the Blue Claws, number 2" Bob Sheppard had nothing to worry about.

Either that, or Mattress Testing.
Build wooden boats.
DonQuixote : 9/18/2020 1:28 pm : link
Used to be my summer work, maybe a retirement thing.
Hmmm
jvm52106 : 9/18/2020 1:49 pm : link
I would go back enroll in the Air Force- learn discipline and skills much earlier, then get out with military benefits and start multiple businesses dealing with buying and selling homes. 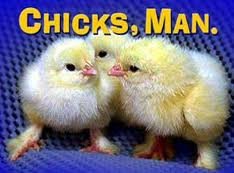 
that gets a lol and an amen!
I would go back to
Lines of Scrimmage : 9/18/2020 4:25 pm : link
being a military officer or pursue being a college lacrosse coach. The game has grown so much since I played. I find the opportunities in athletics including the training and development side to be so great compared to even 15 years ago.

there is no butcher shop near me and I'm always intrigued by cuts of meat and quality and freshness and different ways to cook them.

I think there is a need in my area for more butcher shops.

Plus in a weird way I think it's kind of glamorous - in a dexter or fargo kind of way.
Carpenter
trueblueinpw : 9/18/2020 8:25 pm : link
I love woodworking, building and construction and pretty much everything about the building trades.

Today, working in IT, I have a fairly lousy job, the pay is good, not great by any stretch of the imagination, and I’m always worried I’ll be let go. Often, and especially lately, I think I made the worst career choice possible, not much money, zero prestige, no perks to speak of, the work is dull and there’s very little security.

If I had known better I would have avoided college, and been a carpenter and built up my own contracting business. Too late now.
While I would love to coach high school football...
RC in MD : 9/18/2020 8:37 pm : link
I actually would love to be a youth track coach. I coached in a local track program here the past few years and absolutely loved teaching kids how to run, especially your kindergarteners and first graders.
I used to draw F4 Phantoms
section125 : 9/18/2020 9:22 pm : link
when I was a kid then F14s. So I guess a pilot. Could never do a 9-5 job.
I would be the person
santacruzom : 9/18/2020 10:35 pm : link
who evaluates every product that is about to be sold so I can reveal the designers' stupid decisions before it hits market. I have found I have a knack for that.
Supreme Court Justice.
Big Blue Blogger : 9/19/2020 12:59 am : link
.
Sam Quint.
Beezer : 9/19/2020 4:14 am : link
Shark hunter.
I had two options I passed on in life
BlueLou'sBack : 9/19/2020 5:46 am : link
that I sometimes regret, maybe three, but T think the most satisfying thing I would liked to have done would have been to become a football coach.

I feel fairly certain I would have been good at it with strong organizational skills and a workaholic attitude, as well as a good set of eyes to evaluate others.

As for the opportunities I passed up:

1) the Navy invited me to become a nuclear engineer on a submarine after I passed every ROTC test imaginable (including pilot training, but eyesight limitations would have me pegged as navigator in a two pilot Phantom.) Have no idea where that would have led... Maybe a life in Idaho? Beautiful country up there.

2) martial arts master. I was a good enough student with some internal energy and potential that my first master, the great In Hyuk Suh, founder of Kuk Sool Won, noted that I along with my regular partner and BF buddy at the time could both be brought to the level as among his masters who "broke things" - like 2x4s cross grain with palm strikes. Only needed another 15+ years of training 6 days per week 3-4 hours per day to get there!

3 - an MD. That was my original goal when I returned to college to study science at almost age 30, and a lack of will to push across the grunt work derailed me from it. I am sure I'd have been good at that, too.
Military
Bubba : 9/19/2020 7:30 am : link
.
This thread make me think back of growing
GManinDC : 9/19/2020 9:53 am : link
up in Brooklyn in the 70's. Me and most of my friends all thought the ultimate job was mail room clerk. Working in an office, copying machines, printers, sorting mail. The reason we thought that is because growing up in Brownsville, you really didn't know what is out there. It was the standard policeman, fireman, doctor lawyer. Never had a clue about industries or really any job besides those or maybe a train conductor or mailman.

Unfortunately, this was the outlook of many people in my area and others.

Crazy, these were the aspirations of people who lived there. College was a pipe dream and only a select few older kids i knew who went to a community college. No one can afford that in a area with the median income is 17k.

Anyway, I always wanted to be either a track star or math teacher. I ran track until I was 15, not very good but a few bronze medals. Was always very good at math until Geometry. That's when my idea of being of Math Teacher was done!


Trust me when I say this - the nuclear engineer was a bullet you dodged, not a missed opportunity. In fact, they are having hard time recruiting for it these days because smart people see through the propaganda the Navy pushes about this position. Possibly the worst job in the Navy. The exit ops aren't what they make it out to be either.
RE: RE: I had two options I passed on in life
BlueLou'sBack : 9/19/2020 11:44 am : link
In comment 14976593 Zeke's Alibi said: