Blue Jackets have bought out C Alex Wennberg. Wouldn't mind if the Rangers poked around at him. 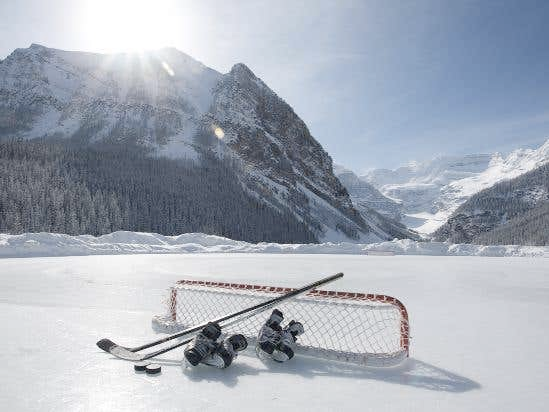 Canadiens Montréal
@CanadiensMTL
· 31m
The Canadiens have agreed to terms with forward Tyler Toffoli on a four-year contract (until 2023-24). The deal has an average annual value of $4.25 million.

Seems like he's right on his career averages for everything, top 20 RD in the league. Not a Norris contender, but solid.

I wish the Habs gave the Alzner contract to Schmidt, of course Schmidt wasn't a free agent at the time, but better player.
This guy
pjcas18 : 10/12/2020 3:28 pm : link
called Toffoli to the Habs (a signing that surprised even Habs beat writers) he's now saying NYI trade talk is heating up.

For a team who went to the conference finals I felt like they were close to being a contender or are a contender.

seems questionable to trade 2 of the top 6 D, without seeing the end game. I know Boychuk is nearing the end or past it, but Toews seemed solid.

.
DanMetroMan : 10/12/2020 4:44 pm : link
With the likes of Mathew Barzal and Ryan Pulock still needing to be re-signed — and the Islanders in pursuit of a first-line scoring winger, Toews became expendable for a team that is already filled to the brim with defensive talent.

With Toews’ departure, it is all but confirmed that the young Noah Dobson will be a full-time member of New York’s defense next season.

Getting a pair of second-round picks allows the Islanders now to sweeten the pot on a potential salary-dumping deal that could get bloated contracts like that of Johnny Boychuk, Nick Leddy, or Andrew Ladd’s off the books.

Is coming down the pike a pun, is he implying Greene?


They have Noah Dobson ready to take a regular role, Sebastian Aho wasting away at Bridgeport, and Bode Wilde looks ready to take the next step. If you only dump Boychuk you have the following:

I understand the concern and it is certainly justified but I think Schmidt played well last season. The 5 years are a bit concerning for a 29 year old but with Subban's contract coming off the books in 2 years the Devils will still have plenty of cap room with Schmidt on the books.
RE: RE: RE: sure
Mike in NY : 10/12/2020 5:34 pm : link
In comment 15006948 Jay on the Island said:


For sure. That is why Toews was dealt IMHO. While his pay may have been commensurate with his value league-wide, Mayfield/Dobson’s combined salaries are all likely to be less than what Toews gets so it was excessive for the Islanders.
I liked Wilde
pjcas18 : 10/12/2020 5:40 pm : link
and Dobson when drafted, haven't followed them much since then.

I would have thought Dobson was part of the team by now. Maybe he is and I haven't been paying attention.

Felt like he was almost NHL ready when drafted.

Dobson was a player I loved in that draft. Great size, skating, really solid in all facets.

Wilde too but to a slightly lesser extent, that U18 USA team in that draft year was stacked. Hughes, Wahlstrom, York, Wilde, Caufield, Farabee, Miler, Turcotte, Knight, etc..

That tournament convinced the Habs to take Kotkaniemi - he was great leading the Fins to the gold and it also got Kakko on the map.

As expected...
pjcas18 : 10/12/2020 7:03 pm : link
Pierre LeBrun
@PierreVLeBrun
Alex Pietrangelo is finalizing a deal with the Vegas Golden Knights, sources confirm.
.
pjcas18 : 10/12/2020 7:13 pm : link
NHL News
@PuckReportNHL
· 4m
Memo
DONE DEAL: Vegas Golden Knights sign Alex Pietrangelo to 7-year, $8.8M AAV contract. #VegasBorn
trading Toews was as much about Dobson being ready as saving $
Eric on Li : 10/12/2020 7:30 pm : link
Toews was their 4th best LD last year after they got Greene and Pelech came back. 1 of him and Leddy were going to get dealt and Toews likely just had more trade value. Leddy outplayed him in the postseason by a lot so not surprised they made that decision.

They are almost definitely going to play Dobson at his natural spot (RD) and bring back Greene on a cheap deal for LD. Boychuk will be the 7th guy if he doesn't get traded but it seems like the latter is close to happening.


I could also see them moving Boychuk even though he is a leader behind the scenes and having Greene/Sebastian Aho rotate between 6th and 7th D-man positions next to Mayfield. That would allow Leddy/Dobson to be a pair.
.
pjcas18 : 10/13/2020 10:09 am : link
NYR Stats & Info
@NYRStatsInfo
·
8m
The New York Rangers announced today that the team has agreed to terms with restricted free agent forward Phillip Di Giuseppe. #NYR
RE: RE: trading Toews was as much about Dobson being ready as saving $
Eric on Li : 10/13/2020 10:34 am : link
In comment 15007563 Mike in NY said:


Yeah if they can find a taker I think they'd love to get rid of Boychuk's contract and to your point they just gave Aho a 2 year deal with the 2nd year being one way. They had a couple other dmen at BPT who put up good numbers with similar pedigrees as Toews (Aho, Wotherspoon, Vande Sompel). Plus the aforementioned Wilde. And Hickey who would still be a good 7th man.

Which all adds up to why it made sense to trade Toews as opposed to commit big $ to him when they have a far greater need to find another winger (or 2).

I'm really excited to see Dobson get his shot and I think he'd do well on the right side of either Leddy/Greene. Toews chipped in goals on the rush every now and then but in the limited amount he played last year his skill level was noticeably higher than the rest of the D.
Something
pjcas18 : 10/13/2020 11:44 am : link
to keep an eye on out of MTL

With Josh Anderson signed for 7 years and Toffoli in the fold for 4 years Cole Caufield is suddenly without a spot. These things tend to work themselves out, but extending Brendan Gallagher is not as much a slam dunk now.

Canadiens RW depth chart (not necessarily in order): Anderson, Toffoli, Gallagher, Armia - solid 4. Toffoli can play LW, well any of them actually can, it's not as big a deal for wings to play off wing as it is for D, but some coaches (and players) strongly prefer keeping players on their shot hand - especially young players.

DiGuiseppi actually isn't bad as a depth winger, but I really have no idea what the Rangers' plan is for this coming season. They're going to just bring back essentially the same team, only without Fast and with an even worse defenseman taking Staal's place??
I think Kravtsov and Lafreniere
pjcas18 : 10/13/2020 12:34 pm : link
will be in the top 9 for the Rangers so everyone will be shuffled.

Who knows though on D, FA is not over and they have some space.
Seems like Marleau is record chasing
pjcas18 : 10/13/2020 12:35 pm : link
Chris Johnston
@reporterchris
· 29m
Patrick Marleau signs a one-year deal with #SJSharks and is 45 games shy of passing Gordie Howe's NHL record of 1,767 games played.
I'm pretty sure this ain't it
Davisian : 10/13/2020 12:37 pm : link
I'm betting that the market for DeAngelo will pick up now that Krug and Pietrangelo and Schmit are taken care of.


Kravtsov playing a fullish KHL season and then playing a full season in the NHL (even if it's abbreviated to 60 games) will be really tough.

I think a huge reason for Kakko's struggles last year was that he was playing competitive hockey for almost a year straight with little break.
RE: RE: I think Kravtsov and Lafreniere
pjcas18 : 10/13/2020 1:00 pm : link
In comment 15007754 BrettNYG10 said:


In retrospect it probably wasn't a good time to start his ELC - this is part of what I feel NHL teams need to be better at with young prospects. After this year (2020-2021) he has just one year left and then he's an RFA.

No one has a crystal ball, but this is obviously a non ideal allocation of cap IMO, getting just one season out of a top 10 pick before RFA status.

I don't understand how KHL contracts work, but I thought Kravtsov was loaned to traktor. I expected once the NHL camp starts he'd come back. Not sure though.
Lias Andersson
pjcas18 : 10/13/2020 1:02 pm : link

VAN needed D help, they need some sand paper too. they got pushed around in the playoffs
That's a good point, pj, I didn't think of that.
BrettNYG10 : 10/13/2020 1:34 pm : link
I am very excited for him. I read from someone on HF that the Rangers are almost as high on him as they are Kakko.


Here is a link with some quotes from Andersson, I don't think there is animosity on his end either toward the Rangers, just seemed like it didn't work out.


I don't know the answer and NYR are not alone, Canadiens dealt with it with Kotkaniemi a little and Poehling still. Poehling had a hat trick in his NHL debut and then gets banished to the AHL, and people look at his AHL point total and say he's a bust.

Poehling would have been better off staying at St. Cloud St for his senior year, becoming a free agent and getting and NHL contract forcing his way into a lineup.

Now, it could be a career altering purgatory until he "produces" in the AHL when clearly, like Kotkaniemi, he's better than his linemates (and opponents), but younger and less pro experience.

it's on coaches and NHL front offices IMO to figure this out, or as I have said before "protect their investment".

Howden gets shit on way to much by Rangers fans. I'm still pissed at the trade that brought him here, but he's the same age as Lias, a better skater and has a better all around game.

He obviously needs to take another step in his development, but that puts him in the same group as every other early 20's player in the organization.

he was just not as heralded as Andersson, but he had quite a "youth" career as well.

Andersson has more upside though IMO and my point has been organizations need to take better care to see their prospects are in positions to succeed. Some will fail and no one is at fault per se, but some it seems like are more likely to fail based on how the team handles their development.
RE: Howden
Davisian : 10/13/2020 3:10 pm : link
In comment 15007950 pjcas18 said:

Fact remains that Howden earned his spot over Lias two years in a row.

I did however question putting either Lias or Kravtsov in the AHL.

I just don't have much faith in the AHL as a spot for development or introduction to professional hockey (for the most part).

Easy to say now, but I would have left both at home (Lias in SHL and Kravtsov in the KHL), but I guess when an opportunity presents itself to bring forein players to North America team jump at it - especially for young prospect high draft picks in the D+1 or D+2 years.

I read a blog ranking the professional/developmental hockey leagues and the AHL was 8th.

After the KHL, SHL, SM-Liiga, and only slightly above NCAA and the OHL.

I think there's a lot of truth to that.