Agreed, it was actually exciting, and Jones made some plays to elevate his teammates, which is greatly see. Love to see it more throughout the season.
RE: Engram is such a disgrace of a draft pick
Silver Spoon : 10/23/2020 12:19 am : link
In comment 15020616 bigbluehoya said:


If we missed on Thomas, I’m willing to crush the FO because it was such a tackle-rich class. They should be absolutely roasted for picking the wrong one.

Picking a no-block TE from the SEC is just a different level of risk to take in the first round. Anything other than an absolute stud is a poor use of a pick there.
Wow...
trueblueinpw : 10/23/2020 12:29 am : link
Flipped over to the debate and caught the rest of the game on TiVo.

Meanwhile, Ryan Ramcyzk is an All Pro RT and there were several good 2-way TE's drafted after Engram. That was one of the better TE drafts you will ever see.
LBH
ryanmkeane : 10/23/2020 12:32 am : link
I was giving them a chance and thought they’d win because it’s my opinion they aren’t far off. Clearly they still have guys on the roster that just simply aren’t good football players and cost them games, as Engram did tonight (among other guys).

Up 11 with 6 minutes to play against a bad team, you expect to win. Nope.
The 97 yard
ryanmkeane : 10/23/2020 12:35 am : link
drive could have been something to build on for next Monday night - instead it’s another pathetic ending where a guy just didn’t make a play.


Wasn’t expecting this from you tonight. I agree with it 100%.

The one additional emphasis I’d make is that they either need to have someone calling this offense that embraces making Jones as threat to run on every single drive, or move on to a new QB with the high pick.


I have seen all the bad losses to Eagles and this goes right up there. I expected the Giants to win. Engram absolutely needs to make that play. The defense absolutely needed to finish better in the end than imploding.

1- EE is horrible. Literally the opposite of a jack of all trades as he only has one skill and he isn't even good at that. Jack off of all phases is a better term.

2- Thomas sucks at T. It isn't a rookie thing, he truly gets beat inside, outside and even with power!

3- I hate EE- just needed a second point for EE. I just cannot stand this guy.

4- With EE in mind, our TE's are garbage overall. I have to believe we knew that coming in.

5- Zeitler, Tate and Shepard can all be had for the right price.. I would say EE but who the fuck would want him...


Yep. Engram does not strike me as a football player. He’s a pretty good athlete— he’s not a football player. And on top of that, he’s more of just a straight line speed athlete, but beyond that he’s actually not all that athletic in any other way... being athletic means having control of your body, Engram just often seems wildly out of control running routes and on top of that can’t catch and doesn’t have professional-grade eye hand coordination. He reminds me of a taller/bigger version of Tim Carter. He can outrun a defender but it doesn’t help if he doesn’t know where the hell his body is in relation to the ball. Plus he’s a pussy.
Is it wrong...
Johnny5 : 10/23/2020 12:54 am : link
... to say that I literally HATE Evan Engram's guts right now???
RE: Defense was lights out
Matt M. : 10/23/2020 1:11 am : link
In comment 15020990 ryanmkeane said:
Same old story.
RE: Is it wrong...
Leg of Theismann : 10/23/2020 1:24 am : link
In comment 15021024 Johnny5 said:

Not wrong at all. Correct actually. It’s objectively the consensus feeling this entire fanbase has toward that worthless POS. Pretty much the only thing we can all agree on.
One positive from
TommyWiseau : 10/23/2020 2:42 am : link
The game.. Bradberry is the best FA signing this team as made in years
the balls you guys have ragging on thomas
Platos : 10/23/2020 2:47 am : link
after years of trotting out solder, flowers, the ghost of will beatty, etc

its not the easiest position in the league and its not like he's got anything special playing next to him.

go tell your bosses you don't want to do what they want you to do and let me know how that works out. matter of fact, do it at the interview level lol.

Mara wanted to give eli another go. it failed.

it's as if he's the first GM to try and turn a team around and fail with some of you.

the problems with this team stem from 2012. we literally have nothing to show for 8 years of drafts and FA markets until last year basically. 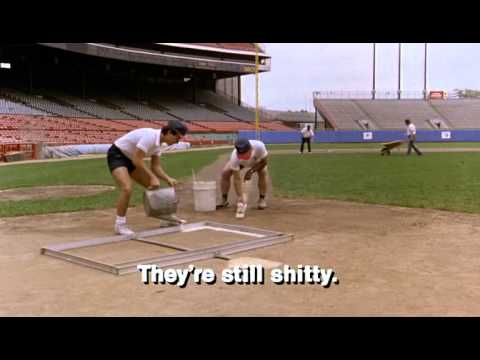 And I can tell you what that looks like having never missed a Giants game from 1964-1980.

How does a team stop torturing its fan base? Well, everyone agrees that it needs to acquire more talent, and that takes time.

But the flip side of that is shedding players who play small when they are needed most. As long as Evan Engram is part of this franchise, the masochism will continue.

Will probably accelerate.
tough loss
bc4life : 10/23/2020 7:54 am : link
they're better but not good enough. Not having a pass rusher kills this defense, especially when they need stops. add to that - outside of Bradberry, best 3 secondary players not even playing a down.

Eagles have been underachieving but they almost came back and beat the Ravens last week. They're not trash.


Lmao
Thank Fucking God
Chef : 10/23/2020 8:59 am : link
That I somehow fell a sleep at the half... must have been divine intervention to avoid a heart attack..
Hate
EliTheGreatest : 10/23/2020 9:05 am : link
is not a strong enough word for this Jaden Smith look a like. Ran away from contact all night and dropped the game icing pass. Disgusting player. I wish bad things on him.
Engram's Drop Obviously Was A Killer
LTIsTheGreatest : 10/23/2020 9:13 am : link
But lets not let the defense off the hook either. What the hell was Ryan Lewis doing on that 59 yard floater to Hightower that basicallt got the Eagles back in the game. That ball was primed to be intercepted the way it floated up there. Also Jabril Peppers cannot let a 5'8 rb beat him foir the game winning TD. He never turned around to look where that ball was. Yes, Engram's drop was inexcusable and very costly, but lets not foirget the defense still could have prevented the Eagles from marching down the field and just completely self destructed
fuck this team
djm : 10/23/2020 9:27 am : link
fuck the defense. Fuck Engram. Fuck Jones and his 2 left feet. Fuck the garbage offense that doesn't have one singular hair on it's toddler wobbling ass. Fuck the Maras and their choir boy player personnel standard here. Fuck Dg and his stupid over the top Bostonian accent and his refusal to draft athletes that can catch the ball and rush the passer. Fuck DeAndre Baker. Fuck Met Life. Fuck the meadowlands while we're at it, such a great place for a stadium if you're a dirty, disease infested seagull. Fuck this team from the ground up. And fuck the top even more so. Can't wait till next year. Maybe the Giants will find a way to fool people into thinking they are a normal NFL team that can actually defeat a division foe once a god damned decade.


You shouldn't have to defend your stance (and mine) that this team had enough talent to show some legit progress this year. It is as clear as day that this team can hang with other NFL teams pretty much every week. The problem is deeper than talent. It's the culture. Some of us knew this team could compete every Sunday. We just weren't sure they could close. And they most definitely cannot close.


I have come to the conclusion that us Gmen fans are the souls of horrible people that don't know were dead and out hell is to watch our team lose in the last minute to the Cowboys and Eagles year in and year out. My only explanation because these late losses defy logic.
djm
ryanmkeane : 10/23/2020 9:48 am : link
i'm not even defending the stance - people who have watched this team against Rams, Cowboys, Eagles understand where my thought process is.

Closer inspection of that game is Wentz was getting destroyed throghout and he threw a near interception (over turned) that would have ended the game with the Ravens up 16. They had controlled the Eagles most of the game.

The Eagles are making games close after they fall way behind.

Fell behind to the Rams (blowout) and Cincy (comeback to tie) too.

Interesting enough, the last four games at the Linc have been sloppy and the Giants very easily could be 4-0 in those games. We aren't exactly getting blown away.
Pages: 1 2 3 4 5 <<Prev | Show All |