If Judge & co. Had a training camp, what is our record now?

Thoughts?
I think the Giants
Hades07 : 11/16/2020 4:51 pm : link
and particularly the OL, would have been playing better earlier in the season. IDK if that would have improved the record at all though. Since all the teams had the same type of off-season limitations, maybe some of those games would not have been so close if the other team had more training camp.
I think
cpgiants : 11/16/2020 5:01 pm : link
We would have benefitted more than the more established teams because we had farther to go.


Thinking the same. An extra win.
Probably the same...
bw in dc : 11/16/2020 5:24 pm : link
because I'm assuming every other team would benefit from more preparation.
Hard to Say if it would have resulted in more Giants wins
Jim in Tampa : 11/16/2020 5:47 pm : link
But what isn't debatable is that teams with all new coaching staffs were at a competitive disadvantage compared to established teams running the same systems as 2019, with the same HC, OC, DC, QB, etc. 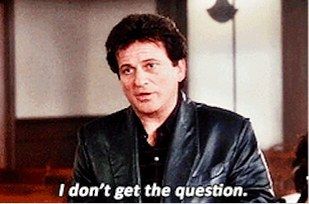 
I think we wouldve won the Bears game as well as the first Dallas if we had a preseason. I truly believe that. That game was LOST. I think our D is just missing too many pieces to be a really formidable unit. I honestly think that missing Carter hurt us in the first Philly game, the Bucs game and even last night. I feel like having him instead of Fackrell coming off the edge or covering the flats is a HUGE difference. The same can be said if we had Baker at the other cotner. True he was very shaky at the beginning of last season, but not only did he come on at the end, would be light years better than the other jokers we have had out there.
Tough to say.
Matt M. : 11/16/2020 6:00 pm : link
As a team, I think we would still have sucked at the onset and as bw pointed out, other teams also would have benefitted from the extra time. However, I see a few key positions where we would have benefitted. In particular Gates would have benefitted from a full offseason and pre-season at OC and ditto for Thomas at LT. Maybe we win one of those close games, but I can't see us with 5 or 6 wins.
RE: I think the Giants
liteamorn : 11/16/2020 6:02 pm : link
In comment 15048187 Hades07 said:

That's leaving aside the fact there are always season-ending injuries in training camp.
It s a good question
joeinpa : 11/16/2020 6:29 pm : link
Take this team right now, have them replay the Bears, Cowboys. 1st Eagle game and Tampa all losses, 0-4

Minus those games, Giants are 3-3.

And yes, I know the argument is that teams that have been together longer have somewhat of an edge than younger teams with more rookies. But there's a ton of turnover for teams both in players and coaches (who may bring in new schemes), and this is even true for experienced teams. The advantage is smaller than you think.