You can do mashed sweet potatoes like Boston Market. Recipes are online. I made that one time and it came out awesome. You basically cook sweet potatoes and then peel off the skins and put them into a large bowl. You add heavy cream and whatever else you'd like like spices. Then for the topping you take butter, oats, brown sugar, and cinnamon and just mash it all in a bowl. It gets very sticky. You just top off the mashed sweet potatoes after they are in a pan with the mashed up topping and bake it. You can add marshmallows too but there is already enough sugar for me.
grandma's stuffing (or dressing)
Victor in CT : 11/19/2020 10:36 am : link
sausage meat, spinach, sweet potatoes, pine nuts, garlic
Stuffing with Ocean Spray cranberry.
Zeke's Alibi : 11/19/2020 10:37 am : link
When going traditional I pretty much load up on that,turkey legs, and mac and cheese when available. Have had the fancy crusted mac and cheese a few times over the years and I love it.
twice baked
JonC : 11/19/2020 10:45 am : link
cheddar potatoes.
Cheesy cornflake
pjcas18 : 11/19/2020 10:49 am : link
scalloped potatoes.

similar recipe to the one I use. Used to make it for the kids, now I make it for me, lol. 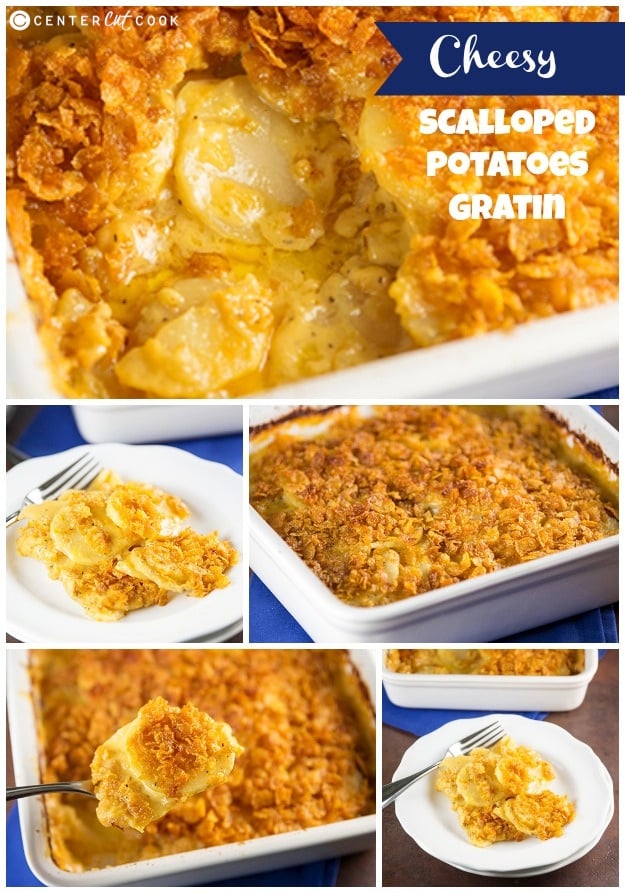 1. Corn chowder, for lack of a better name for it (not so secret ingredient: bacon!). I make enough to freeze some, so it's a staple for a month or two. Lots of corn, carrots, diced potatoes, did I mention a couple pounds of chopped bacon (I cook that first and drain the grease). Oh, and there's bacon. Might consider re-naming it bacon chowder.

1. In a large mixing bowl, tear the Sliders into pieces and add diced celery and seasonings.
2. Add 1 cup chicken broth, toss well
3. Add ingredients to Casserole Dish and bake at 350 degrees for 35 minutes.
4. Or to stuff the ingredients into the cavity of the turkey, prepare ingredients as noted above, but reduce chicken broth to 1/4 Cup, then cook as you normally would.
5. Makes about 9 cups (enough for a 10-to-12-pound turkey). Note: Allow 1 Slider for each pound of turkey, which will be equal to 3/4 cup of stuffing per pound.
Also cranberry chutney
T in NJ : 11/19/2020 2:48 pm : link
The best cranberry sauce.

So I make sure there are 2 different stuffing's each year.

Last time we hosted a fat Thanksgiving, around 20 people, I roasted one turkey, SMOKED another. Fucking phenomenal.

Unfortunately, scaling way back. 8-9 people tops, and the 4 outsiders and Billy have all been tested - awaiting results.

Corn soufflé - I don’t typically make this but my wife does and it’s always a hit and has been for decades.

Mashed potatoes, butter, and scratch gravy. I make an all day gravy that is lights out the best I’ve ever had, and nothing beats mashed potatoes with a pad of butter topped with little gravy

Brussels sprouts - shallots bacon and butter. The best combo there is. Halved and seared in a cast iron pan finished with a pad of butter it’s the only way to make them. They come out crispy flavorful and delightful
If you're constipated you want some of That White Castle Stuffing
gtt350 : 11/19/2020 5:40 pm : link
.