MadMax : 11/24/2020 12:25 pm
I use a site called fast.com to get information about the internet service at home. I was having issues with my work laptop so I called my company's Help desk and as part of their investigation they used a service called fast.com. They saw that my internet speed for that computer was about 17 Mbps. They also said that it was pretty slow.

I was about to call my provider about that but before I did, I tested the speed with my personal laptop. Both are Dells and mine is about a year older than the company unit.

Before posting this, I tested again a few minutes ago and the speed difference was more or less the same as the original test:

Does anyone know how this can happen? The 2 pc's sit right next to one another.

I have the same setup and I just ran it from fast.com


Seconded. Many VPNs throttle shit down or their could be some group policy on your laptop (set in you're company's domain active directory) that is throttling or slowing shit down. It's one or the other.

Using any VPN will slow your internet speed since all your data has to route through the VPN server before going on to its final destination. The performance hit can be fairly small if there’s adequate VPN server capacity. But WFH has resulted in many VPNs being seriously overburdened.
Are you doing both speed tests through the VPN?
giants#1 : 11/24/2020 1:16 pm : link
Or just the work laptop?

Work VPNs definitely throttle your speed, but even if they aren't, if you run the speed test over the VPN, the data has to go through your work servers and your WiFi. Most speed tests will also show you the latency which is a measure of how close you are to the server you're downloading the (speed test) data from. Generally speaking, greater latency = slower download speed.
It's not
pjcas18 : 11/24/2020 1:23 pm : link
"just" the VPN.

I have my work laptop and home laptop right next to each other.

work laptop has a VPN, home doesn't and the results are nearly identical - as I posted above. Consistently.

might be something unique to that vpn he's using - some VPNs have server locations to connect through that you can pick.

Giants
MadMax : 11/24/2020 1:24 pm : link
The VPN is just for the work pc. Fast.com seems to only measure the connection speed to the pc. So, I'm trying out Speedtest application that was suggested here. It seems to offer more measurement options.

It even showed a different provider for service for the work computer.
You can try speedtest.net as well
JonC : 11/24/2020 1:29 pm : link
Try the tests disconnected from VPN so your results are matched with your personal PC. VPN overheard "shouldn't" decrease your performance by 90%, unless there's a bottleneck somewhere in your company's network.

So far, it sounds like an issue with your work PC. Clearing cache and flushing DNS tends to help, unless it's an issue with the build image your company's currently deploying to users.
Test with the same parameters on both PCs
JonC : 11/24/2020 1:30 pm : link
no VPN, with VPN, wired, wireless, etc.
definitely could be VPN
giants#1 : 11/24/2020 1:32 pm : link
I just tested my work laptop vs my smartphone and the phone speed was 20% faster and latency was 14 ms (phone) vs 92 ms (laptop). A big factor is where the VPN server is located; I live in NJ but closest work VPN server is Pittsburgh.


That's the difference between a local server and getting routed through one 6+ hrs away!
Just curious if you have 2.4thz and 5ghz WiFi at home
glowrider : 11/24/2020 2:10 pm : link
I see those differences between the bands at home depending on which I connect to.
Use 5g when possible
JonC : 11/24/2020 2:12 pm : link
2.4g will clash with cordless phones, bluetooth, and most IoT devices without modern tech onboard.
good point glowrider
giants#1 : 11/24/2020 2:14 pm : link
If you have a dual band router, then your PCs could be connected to different bands which could explain the difference.

but the one thing I was guilty of is in the late 90's some colleagues and I crashed our work network playing Duke Nuke 'em. 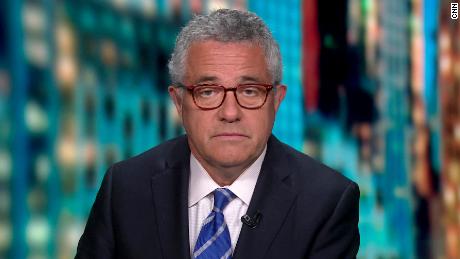 but everyone of the 125 or so employees had a network share with all their napster/limewire music downloads.

this grew to many hundreds of gigs, maybe even terabytes and then Kazaa and others came around and people started downloading movies and you know what came next (or maybe before but discovered next)...porn....of course it did.

and that ruined it for everyone. All content was deleted. I was buddies with the CTO and when I left he gave me a bunch of CDs (that's how long ago this was) with all my napster downloads on it.

But music in those peer to peer days was like being in a candy store with no owner around and signs up saying "free stuff" everywhere.

I'm not even sure it was illegal per se, but it sure felt wrong, though that didn't stop anyone (including me).

I was downloading music from artists I didn't even like just because I could.
VPN or an older network card
kes722 : 11/25/2020 8:10 am : link
After working 20y for an ISP I can say its almost always one of those 2
Factors that could affect Network speeds
JohnF : 11/25/2020 1:26 pm : link
1)Encryption. Depends on the encryption, some are better than others. McAfee, from my experience, is the worst, it slows EVERYTHING down. Odds are, your work laptop is encrypted.

2)Anti-Virus. Yep, some are much worst than others. Again, McAfee Enterprise is VERY aggressive, and will scan stuff going to your temp directory and your online downloads.

3)DNS. DNS's can affect network speeds. Google and OpenDNS are pretty good, but it's not likely your work laptop will allow you to choose DNS's, as you're going through a VPN.

4)Poor Network Drivers. Windows (I'll presume you have Windows 10) drivers aren't always the best or the latest. You may want to ask your IT dept. to install the most recent Manufacturer's Drivers. I've seen Windows drivers not updated for a year or more.

5)Hard Drive. Depending on what your IT Dept. ordered, you may have an older hard drive on your laptop. You really want an SSD or SSD Hybrid, the speed difference is amazing. I'm on a 2008 Thinkpad, but with more memory and an SSD, I have no issues with performance.

6)Key Loggers and other Malware. You might have malware on your work laptop. I'd have your IT guys look at it, and do a thorough scan for malware. I did that when I was working, and found that the company anti-virus/malware let a ton of stuff through. Not all malware is from third parties, btw...some companies put stuff in your PC to watch what you're doing (key loggers, and other nasties), and some PC companies did the same (I'm looking at YOU, Lenovo!!).

I'd bring that Laptop to work and complain to the IT Dept. Yes, a VPN will lower your speeds, but 17 is WAY too low, and indicates something wrong. Since no one spends the time to diagnose things these days (since to management, it's time/money wasted), they will likely issue you a new laptop. Sit there with them and test out the speed before you bring it home!