Maybe it was dicussed in the games thread, but I saw this picture and it makes me laugh.

forget that in this picture (in the next post) Blanda is younger than Brady (presumably - if the Blanda picture was taken after his game when he threw his last TD pass in the playoffs).

Blanda looks like the old school NFL where he drove a station wagon with wood panel on the side to his summer job selling insurance. On the sideline when the D was on the field, when he wasn't playing linebacker, he fired up a heater, Lucky Strike or Pall Mall, and chain smoked on the sideline.

No one knew him in public, and he didn't wear a face mask like today.

Brady might be an outlier, but I still stand by my initial reaction to the side by side, science, medicine, and sports have come a long way. 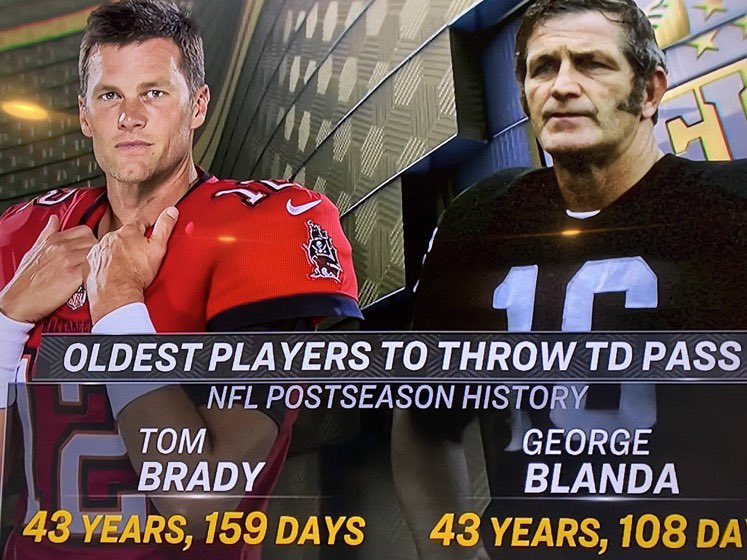 
Ha! That’s a good one. My comment was about QB’s playing later into their 30’s and 40’s, not about their appearance. But man, there is a difference in those two mug shots!
Brady really is incredible
djm : 1/10/2021 1:29 pm : link
I wasn’t sure he’d do this well even with the talent around him. 40 tds is amazing I don’t care how good the wrs are.


Probably also a good illustration at how chainsmoking ages you.