NFT: Rangers News: K’Andre Miller has made the team!


It’s obviously a make-or-break year for him. I think Lafreniere and Kakko playing well is just as important as the W-L record. Quinn was brought her to develop players and these two are the best prospects we’ve ever had.
Last thing I read was
Stufftherun : 1/11/2021 1:39 pm : link
very positive feedback from Quinn. Very happy to see the big beast on the backline!
On another note, some guys were placed on waivers today
Anakim : 1/11/2021 1:40 pm : link
That are not only upgrades over Smith and Johnson, but cheaper

Oliver Kylington
Derrick Pouliot
Lucas Johansen
Rangers need some of their top prospects
JonC : 1/11/2021 1:52 pm : link
to start making leaps, that's how they reach the next level. The way they built the team for this season tells you it's a learning/seasoning season, dealing with dead cap hits, and the expansion draft.
RE: So Quinn has already reversed himself?
BrettNYG10 : 1/11/2021 1:55 pm : link
In comment 15118787 Greg from LI said:


Really surprised the Rangers didn't claim Noah Juulsen off waivers from MTL. The Panthers did, but I'm not sure the waiver claim order - I thought the Rangers were ahead of the panthers, but maybe not.

He also heavily qualified it at the time, saying that the were going to start that way but that they would try other things and that a lot could change in training camp.

From first Athletic article of season, “And again,” Quinn emphasized, “I would warn everybody to go look at last year’s training camp... I’m not 100 percent sold on anything. This is just the beginning. There are a lot of reasons we do what we do, but that’s how we’re going to start.”
It is pretty
pjcas18 : 1/11/2021 4:08 pm : link
common to paid a young, mobile player, with a veteran less mobile player.

Bruins did it with Chara and McAvoy, Canadiens with Weber and Mete, and tons of organizations do it.

Makes more sense to me with Trouba who is about as defensively responsible as they get in the NHL to be paired with Miller then to stick Miller with Johnson or even Fox and Miller and Smith would be a disaster.

This pair made the most sense from day 1 (if they want R/L pairs) unless Quinn wasn't sure Miller would make the team. With taxi squads and delayed AHL season it makes sense for him to be in the NHL
Agree...never felt Quinn committed anything other
George from PA : 1/11/2021 4:10 pm : link
Open competition and sounds like Miller earned 1st team tadem...which is great news.
anyone with Johnson would be a disaster
Greg from LI : 1/11/2021 4:31 pm : link
Since Johnson is the worst defenseman in the game
RE: anyone with Johnson would be a disaster
pjcas18 : 1/11/2021 4:32 pm : link
In comment 15119078 Greg from LI said:

for the record though Johnson was once good, and after what his parents did to him, I try not to speak ill of him - on or off the ice. No one should have to deal with that kind of like pressure IMO. I know he's a corpse now, but I still hope he finds a way to recapture some of what he once was.


Well be prepared for this, as broken down as he is and make no mistake (and I know you won't) he is broken down, coaches may still like him.

His last full season in PIT he was playing top 4 D minutes (some due to injury - Schultz) definitely top 6, but even in CBJ when his decline started Torts would still play him over Werenski and Werenski wasn't much younger than Miller.

Have to hope he's there to mostly act as a mentor, provide leadership on a young team (and maybe act as financial advisor). 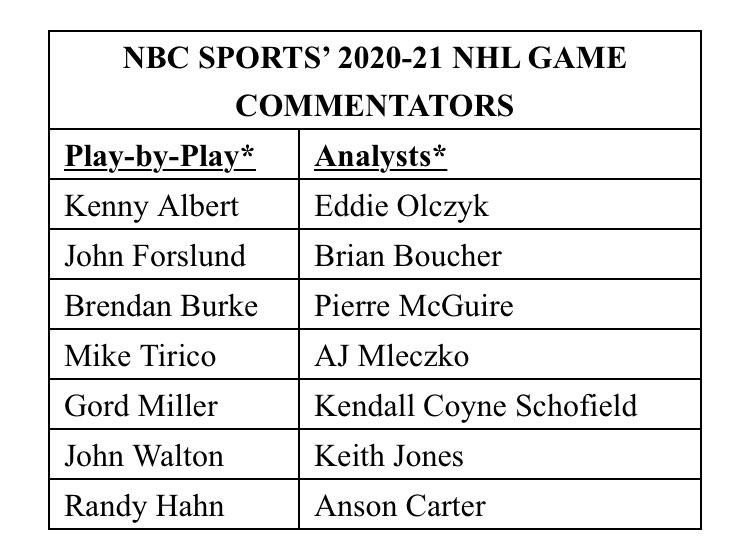 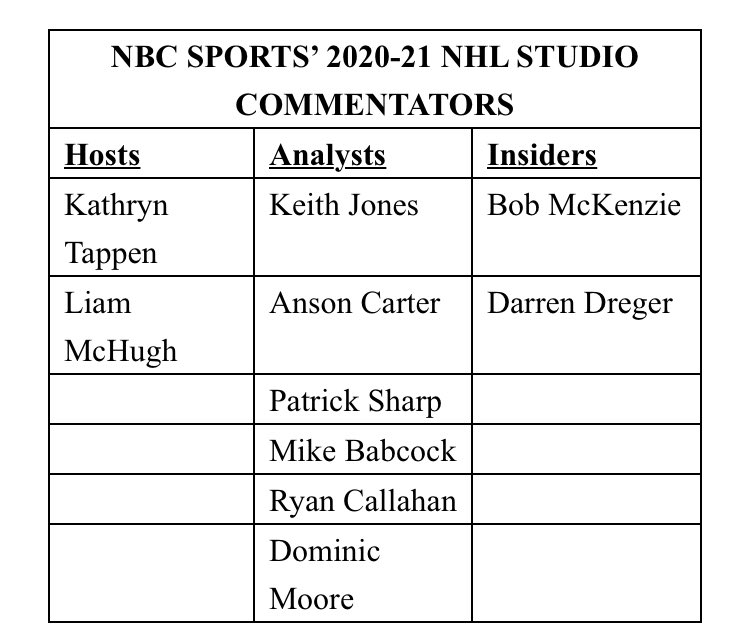 You have the players vote, management reviews and adds their weight and you name a captain.

Alternate captains are merely an on-ice function IMO, to be that liaison when the captain is not on the ice. They do not have the same leadership expectations IMO. 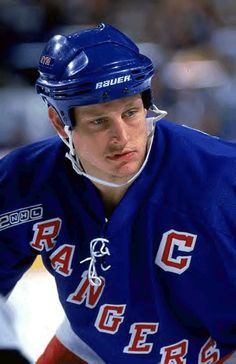 
Yep, like I said not the end of the world, but I'd still have one. Even if Lafreniere is the captain in waiting, he's 19 years old. He doesn't need that pressure. Have Mika be the captain for this year at least and he's not even signed long-term and I think he's earned it.

but not having a captain is a preference I guess. And Quinn sure knows a lot more about it than me.