What is the likelihood Carson Wentz ends up


I wouldn't expect a trade. I was thinking more along the lines of Wentz just wanting out of Philly them giving him his outright release. Hell didn't WFT just did that with Haskins? Obviously different circumstances but not unprecedented.
Possibly?
Scyber : 1/12/2021 10:01 am : link
I'm sure the Eagles will try and trade him first if they are moving on. And if so, they will not trade him to WFT unless they get a kings ransom. 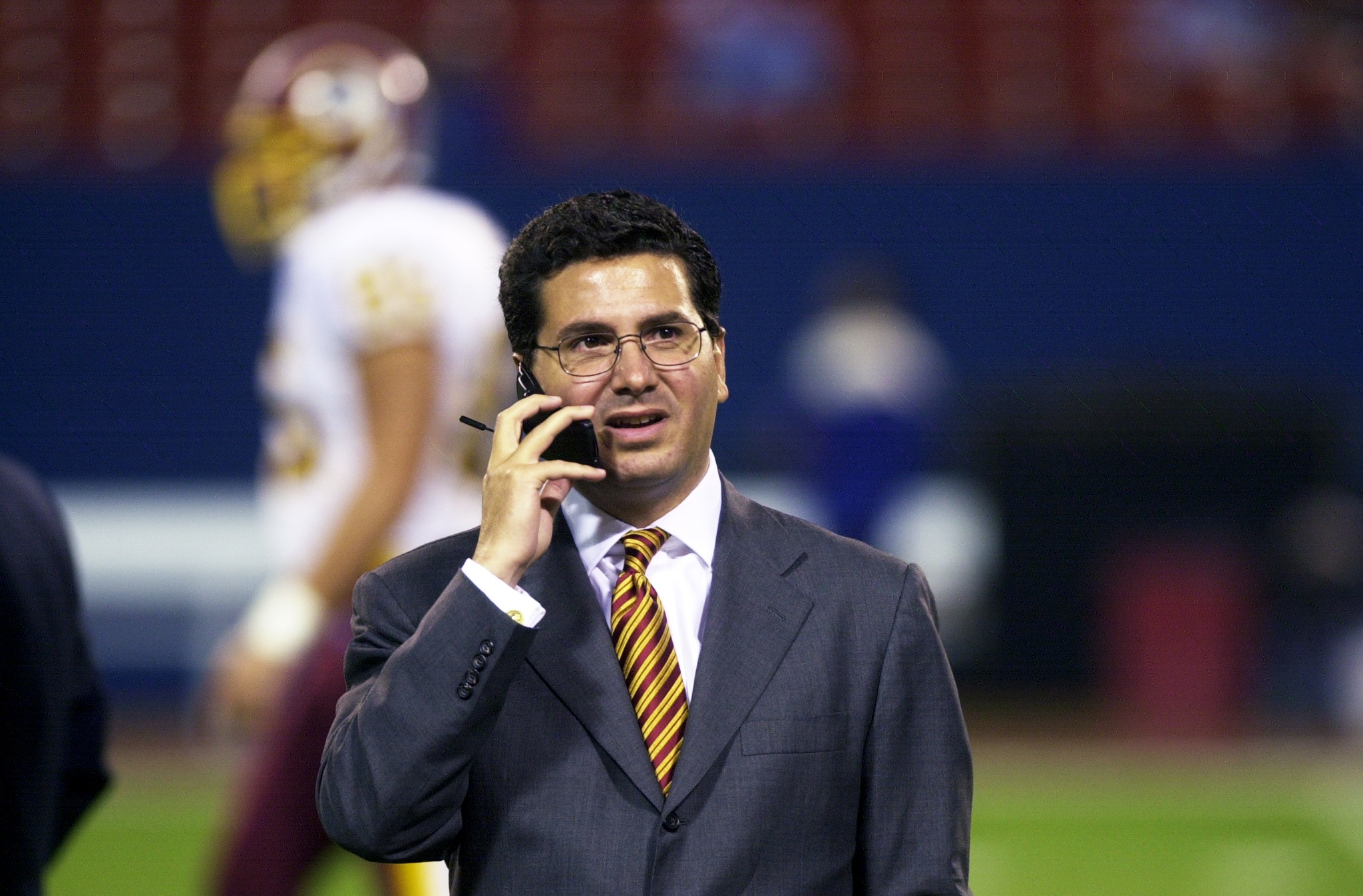 
They might not think he is "done", they may just think he is not a fit for their new coach. Plus the supporting cast in Washington is better than Philly right now. If they trade him to WFT, every single win he gets against the Eagles in the next few years would be a media disaster for their GM. And Roseman will probably be on a much shorter leash.
Wasn't It Wentz Vs Pederson
Trainmaster : 1/12/2021 10:08 am : link
and with Pederson gone, the new HC might be chosen in part to be able to work with Wentz?
None... don't see it at all...
regulator : 1/12/2021 10:14 am : link
WAS is likely to make Heinicke a solid one-year contract offer to compete with Kyle Allen next season (who will probably get a 1st or 2nd round tender).

The Wentz contract is a total albatross. NYJ and IND could probably absorb it, though, so if Wentz moves those are two logical landing places.

With that said, I think Lurie makes it clear they want to give Wentz a chance to shake off 2020. I'm not sold on him, but that's a tough deal to unload on another team, and I suspect the asking price (in terms of draft picks) will be astronmical.
Wentz..
FatMan in Charlotte : 1/12/2021 10:24 am : link
may stay in Philly now that Pederson is gone.

Also, I'm not sure why Heinecke is the default QB in Wash right now. He might not even be with them next season, either.
I wouldn't laugh to much at WFT
rasbutant : 1/12/2021 10:26 am : link
They are building something over there and will be our toughest comp for the foreseeable future.

They just need to figure out QB, that's their biggest challenge. They have one of the best Dlines in all of football and they are all under contract for at least 3+ yrs. There oline is mostly there, just need a LT. They have some weapons, but need more and they could use LB and CB.


They dead cap hit is much lower if they can trade him before his roster bonus hits. But I agree it sounds like they may try and keep him. But I also assume that might have to do with what the new coach wants.
I don't think Wentz is tradeable with that contract
Mike from Ohio : 1/12/2021 11:10 am : link
The dead money for trading or releasing him is massive.

With Pederson gone I think they will need to have an open competition for the QB job between Wentz and Hurts, with a tie going to Wentz because of the money.
RE: Word down here in the PHilly area
UberAlias : 1/12/2021 11:22 am : link
In comment 15119973 Dnew15 said:
To me, this is the logical read. The man who benched their former MVP candidate and QB they traded up for was fired. One would have to assume that his handling of the QB situation was a big part of the reason he was fired. Only other reason might be the tank happening without ownership backing.
the problem for the WFT
giants#1 : 1/12/2021 11:23 am : link
is they have a gaping hole at the most critical position. Their DL is probably top 5 and they have some nice weapons on offense (McLaurin, Gibson, Thomas) but if an aging Alex Smith is your QB, you're not going very far. That said, with the players they currently have in place, they might be the rare team that should take the 49ers approach (most recent example) and try to get an "average" QB like Garoppolo while building on their strengths.

Why would they trade Wentz?
HomerJones45 : 1/12/2021 11:24 am : link
For 3 years he averaged 27 td's and 7 picks. More likely they regard this past season as an aberration, can Dougy, who gambled, lost and wore out his welcome, and use the high pick somewhere else.

The WTF are no doubt in the market for a qb. They have 3 backups on the roster right now and are probably thinking the rest of the team isn't bad.
RE: RE: Word down here in the PHilly area
HomerJones45 : 1/12/2021 11:30 am : link
In comment 15120037 UberAlias said:
He did the same thing McAdoo did. If you are going to gamble and sit management's most expensive asset, it better fucking pay off. He gambled and lost. Hurts sucked in the big spotlight, and Doug was sitting there with nothing but his dick in his hand. He got the same treatment as McAdoo.


Agree 100%, Wentz was top 10 until this year. Second half of 2019/2020 season, he carried a depleted team to the playoffs with some incredible performances. I do not see him going anywhere and believe the Eagles will hire someone to cater to Wentz's strengths.


Yeah, I am not sure I am buying this. Everyone can be traded. the cap hit is a problem but teams can work around that. Giants traded Beckham who had a whopper of a cap hit.
Depends if it’s a trade or release
BradberryGlue : 1/12/2021 12:43 pm : link
If he’s cut lot of teams are in play Indy, Pitt, Chicago, Washington, Denver.

Should be a fun offseason
Eagles
PaulN : 1/12/2021 12:51 pm : link
Will get a first round pick for him, guarenteed, when have they failed, they are a very aggessive and forward thinking organization. Look how they showcased Hurts, just enough to get a sucker to bite in case they have an opportunity to move him. They are in a tough spot, but they always seem to come out smelling like a rose.
I think Hurts will be a problem for Wentz if he doesn't
bigbluescot : 1/12/2021 1:29 pm : link
start next season strongly, or even if he does and the team doesn't win games. Come next September, especially if Hurts has a good pre-season, Philly fans will forget Hurts drop off in the last couple of games and just remember him 'turning' around the season.
RE: I don't see the Eagles
Gman11 : 1/12/2021 2:22 pm : link
In comment 15119921 KDavies said:

There are many reasons to get rid of a player besides the fact that he "blows". Cap reasons, new coaching staff going a different direction, no longer a scheme fit (aka going from 3-4 to 4-3 or vice versa), he is just a pain in the ass. No GM wants to make a move that will improve a division rival.

A recent example on the Giants: For all the shit Gettleman got for trading OBJ, imagine how much worse it would have been if he traded OBJ to the Eagles or Cowboys and OBJ was lighting it up there?
RE: Eagles
FatMan in Charlotte : 1/12/2021 4:11 pm : link
In comment 15120202 PaulN said:


I don't know why posts like this are made. Wentz might get traded. He likely won't. His cap number is massive and he just survived the coach that benched him. There is nothing guaranteed about him getting traded. But not only that, Philly always comes out smelling like a rose??

Just like we had an abyss in the late 2010's, Philly is coming off years of drafts that haven't yielded any impact LB's or DL guys. Their defense as a whole is suffering from a talent drain. Their "cycle" likely came and has gone. They did get a SB out of it, but we'll see how aggressive and forward thinking we'll look at them as if they have 3-5 years of struggles
RE: RE: Eagles
Zeke's Alibi : 1/12/2021 4:20 pm : link
In comment 15120432 FatMan in Charlotte said:


They mortgaged a lot for that SB. Paid off for them, even if they suck for 3-5 years. The real question is once the culture is gone it can be very difficult to get back. Here’s to this clusterfuck leading a generation of suckitude. We were almost heading there ourselves until Judge walked in the door.