Division realignment (pasted below in an image).

I think Ottawa is the only team not to open until Friday
Pages: 1 2 3 <<Prev | Show All |
Good news Stu
Jay on the Island : 1/18/2021 5:17 pm : link
The Devils have claimed goalie Aaron Dell on waivers. The Devils now have a decent backup goaltender for when Blackwood needs a night off. Dell has only a 800K cap hit and I wouldn't be surprised to see the Devils give him a 1 year extension for the expansion draft.

The backup goaltender spot killed the Devils last season which is why they were willing to pay Crawford. After he retired I feared more of the same but at least Dell provides stability.
Belarus taking some lumps
pjcas18 : 1/18/2021 7:14 pm : link
due to COVID and politics.


yep, he batted it out of the air.

Hate to make excuses for the 2nd Rangers game (or any game) and I'm sure Sorokin will be good, but have to wonder if a goalie getting knocked out 15 before a game has an emotional impact on the team. Hate to think so with a veteran team coached by someone like Trotz, but who knows.

Yep saw that. Excellent move. He is what he is, a solid NHL back up. Looking forward to playing the Rangers tomorrow. Always nice to have an early season game with some juice.
Flyers
pjcas18 : 1/18/2021 10:27 pm : link
looks like cup contender through a couple games, then get blown off the ice by the Sabres.

Any team can win in hockey - the short season will make every game that much more important.
Alexander
pjcas18 : 1/19/2021 9:22 am : link
Romanov looks every bit as good as advertised.

Immediate top pair D, he hits, he defends, he's mobile and has a cannon for a shot. Reminds me of Charlie McCavoy.

Not too long ago I thought that they were headed for a real rough period due to the enormous cap hits of players like Price and Weber. Price has played close to the level that we expect and Weber is still a top pairing defenseman. The FO has drafted well and now they have a young star in Romanov on the blue line. They have a great goalie duo of Price and Allen.

The Canadiens struggled with their backup goaltender spot last season similar to the Devils. Adding Jake Allen was a great move especially after his strong playoff performance. Now Montreal has the luxury of resting Price frequently.
I do think MTL
pjcas18 : 1/19/2021 12:42 pm : link
will be in for a rough patch because of Weber and Price (both have 5 more years AFTER this year) especially if the cap doesn't go up.

And the low point I think was trading Sergachev for Drouin and then struggling so bad on the blue line. But Bergevin has rebounded with the Pacioretty trade, Shaw trade, even the Domi trade and flipping Domi for Anderson. He's been strong in the draft too.

This year though specifically, they have a nice mix of youth and veterans, skill and grit. If they stay healthy and get some puck luck they can do some damage.
NHL having a lot of early
pjcas18 : 1/20/2021 7:14 pm : link
season COVID issues.
I'm sort of surprised they didn't just jump the line and get everyone vaccinated.

Not sure how much flexibility they have in scheduling.

Stars have had issues, Preds, and more.

And Ovie's apology reads to me like a giant FU 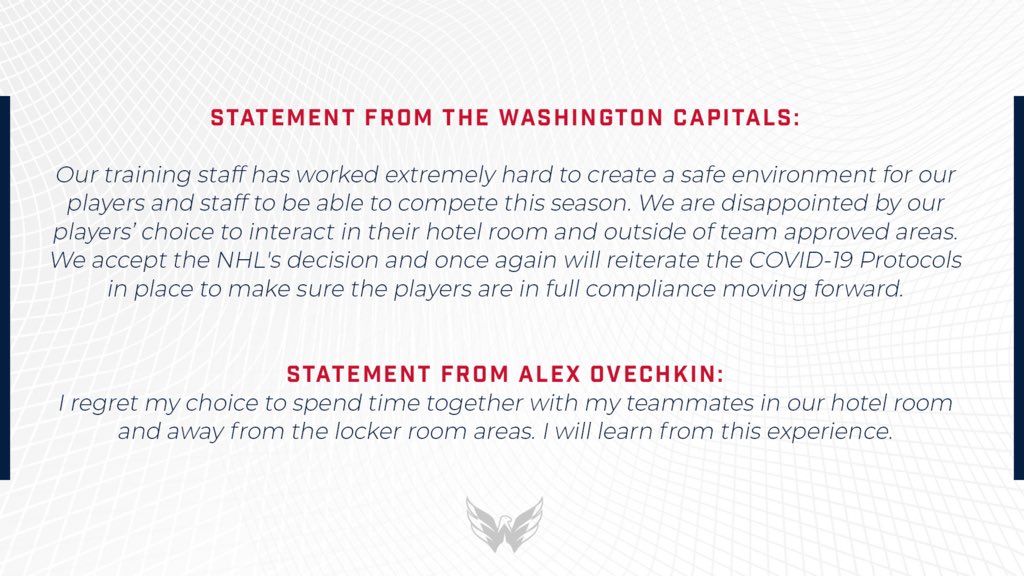 
there is no scientific reason, no reason other than "that's the protocol"
Leafs and Habs should be 1,2
5BowlsSoon : 1/21/2021 1:30 pm : link
But I don’t take anyone for granted. Habs goaltending is better and they have two of them.

Like I previously said, Habs have improved the most this offseason....
Anderson
Toffoli
Edmundson
Romanov brought up
Allen
Even Perry will contribute when there is an injury

Price two out of three starts has given up 5 goals.

I agree, CP has not been his usual wow self, but I saw the highlights of last night’s game and I couldn’t fault him on any one of them. Great passing, point blank, power plays on some. But, we both have seen him still make great saves even when it looks grim for him.


Oh, yeah, no fault on Price for at least 3 of the goals, they were PP goals and just poorly defended resulting in point blank shots.

I don't think Suzuki is a player that can really be traded.

He might be the most important Canadiens player right now. 21 year old, legit 1C, plays a solid D game and oozes skill and creativity in the o zone.

Signed for low $$$ the next few years.

How do you match up with that?

He's more valuable to the habs than whatever is realistic for them to get back in a trade.

He's not in McDavid category and never will be, but he could aspire to be in Patrice Bergeron class and that's who he reminds me of a little.


What do you think of Torts?

From what I hear players mostly absolutely love playing for him, so it sends up some minor red flags to me that PLD can't take the honest assessment from Torts.

I don't know him as well as Rangers fans though, so I might be off on that.

Other than that, I'd absolutely trade for him, but it would cost the Rangers Kakko (and I'd probably do that if I was NYR) for 1, Kakko isn't a C and 2, PLD is pretty physical and that's a rare combination, (size, skill and grit)


I mean Torts' reputation precedes him. He's a hard-ass and is known for his tough love approach.


So then would you do something like Zibanejad and Kravtsov?

Right now Zibby is a better player, but PLD is 22 years old and I feel like he's better than Zib was at the same age, so in theory PLD can become that player, and is younger (with probably more upside)


Yeah, I mean in theory you could flip Zibanejad for PLD like the Rangers did when they flipped Brassard for Ziba. I don't think Gorton would, though.

Maybe something along the lines of Kravtsov/Lundkvist, TDA, Strome (I wish), Gauthier and a first rounder for PLD.
Well I do think the
pjcas18 : 1/21/2021 10:26 pm : link
relationship is beyond repair at this point and Dubois will be moved, but I think it will also be on CBJ's terms. 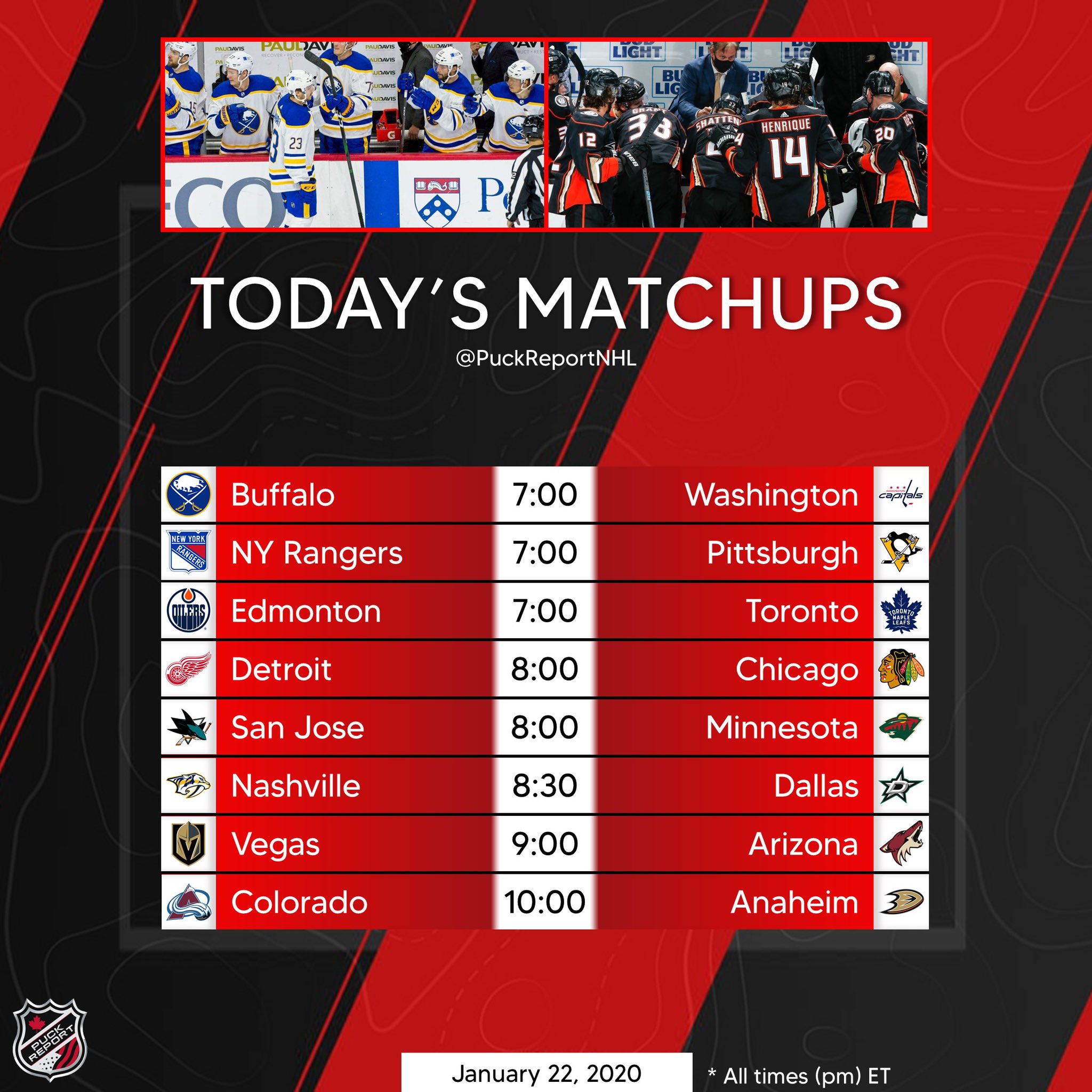 
yep, done deal. seems like one of those trades that can work out for both teams.
I don't know Torts
pjcas18 : 1/23/2021 10:58 am : link
as well as some of you who followed teams he coached, seems like a good coach, and a lot of players say good things about him.

so maybe it's not on coaching, who knows, but when you look at the talent that has left CBJ it's staggering.

And the best thing you can say about the return is Laine and Max Domi.


Torts berated him in the bubble during their first round series, probably a little prima donna-ish of PLD (or pre-madonna in BBI terminology) and then he's been benched on and off by Torts.

They've shown the video of it pretty much in between every period of every NHL game. Looks like Torts is telling him to "wake the F up"

Just different generation of players. In my day (and obviously not at this level) coaches would yell and swear at you, throw water bottles, clip boards, or pucks (or whatever else was handy) and even sometimes physically assault you and it was just shoulder shrugs. Now some players are more sensitive and many don't like the abrasive style.
A couple different proposal
pjcas18 : 1/23/2021 10:07 pm : link
being discussed for NHL draft.

I guess a lot (most?) of the junior leagues haven't played a game yet and many NCAA teams simply canceled the season, so buying more time for combine, tourneys, showcases, etc.

Myers hits Armia high, gets a 5 min and the gate, but no league discipline, Edmunson makes him pay.


I just saw that the Blues
Jay on the Island : 1/27/2021 5:56 pm : link
are shopping Vince Dunn. Now there is a player the Devils should be aggressive for. While their blue line is playing pretty well they can still use upgrades.


I'd be all in on that trade too. Good puck mover, needs a solid stay at home partner to make up for his defensive short comings, but he's definitely got a role on my team.