I have seen some pictures from Lake Tahoe, initially I was a naysayer, not going to lie. Felt like the Winter Classic is cool, one outdoor game is enough, then I saw the pictures. This is more like Mystery Alaska than a winter classic. It looks awesome and I would love to play in conditions like this or attend the game.

Though they had to move the game time up an hour or two for tomorrow's Bruins and Flyers because it was going to be too sunny. lol. - Golden Knights vs Avs should be good for today, but I guess we'll find out.

I skated outdoors in Sweden on outdoor rink in an International tournament that was a fraction as picturesque as this, though it snowed during my game.

General hockey: I read teams are treating the trade deadline very differently because of COVID (captain obvious?) especially when it involves US and Canadian teams. We already saw one trade (Laine for Dubois) and the quarantine time is a factor. 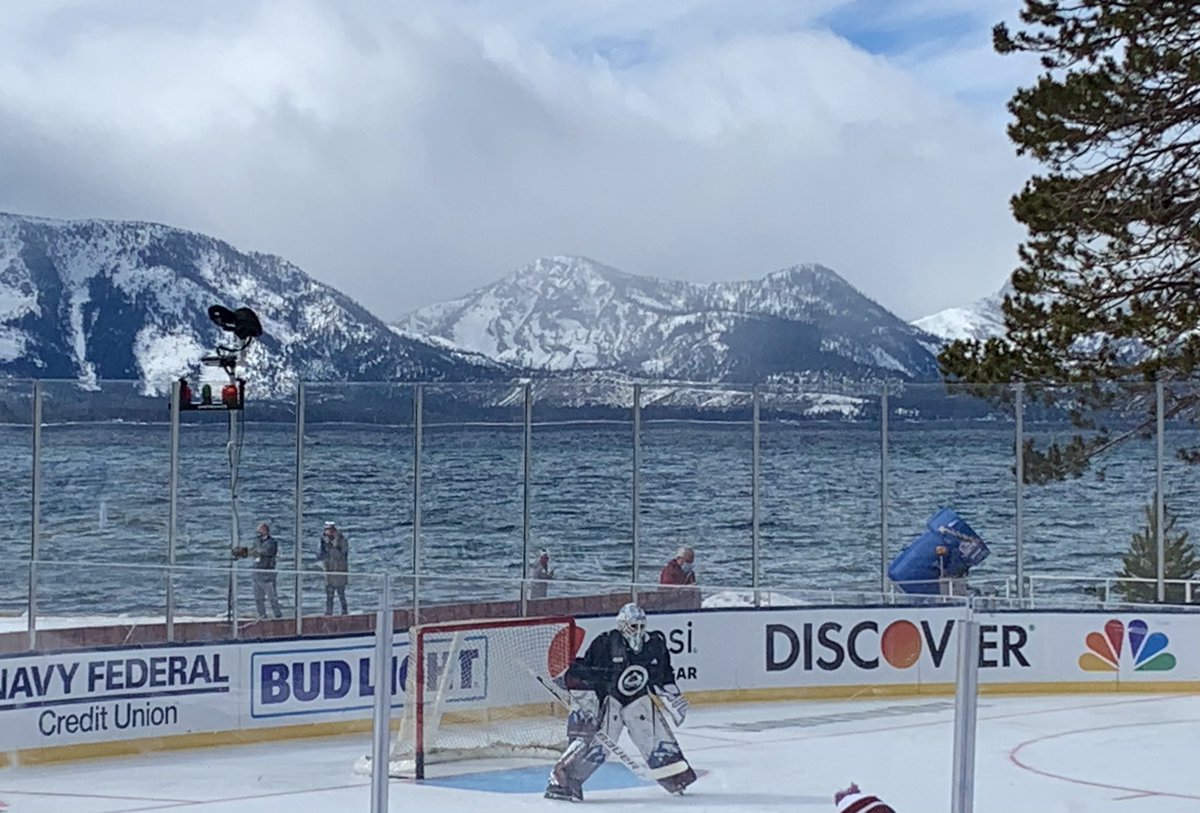 And I have to believe the game would be better (for fans) than being crammed into a baseball or football stadium with terrible site lines.

though the revenue wouldn't be nearly the same so this year with COVID and no or very few fans was perfect for something like this. 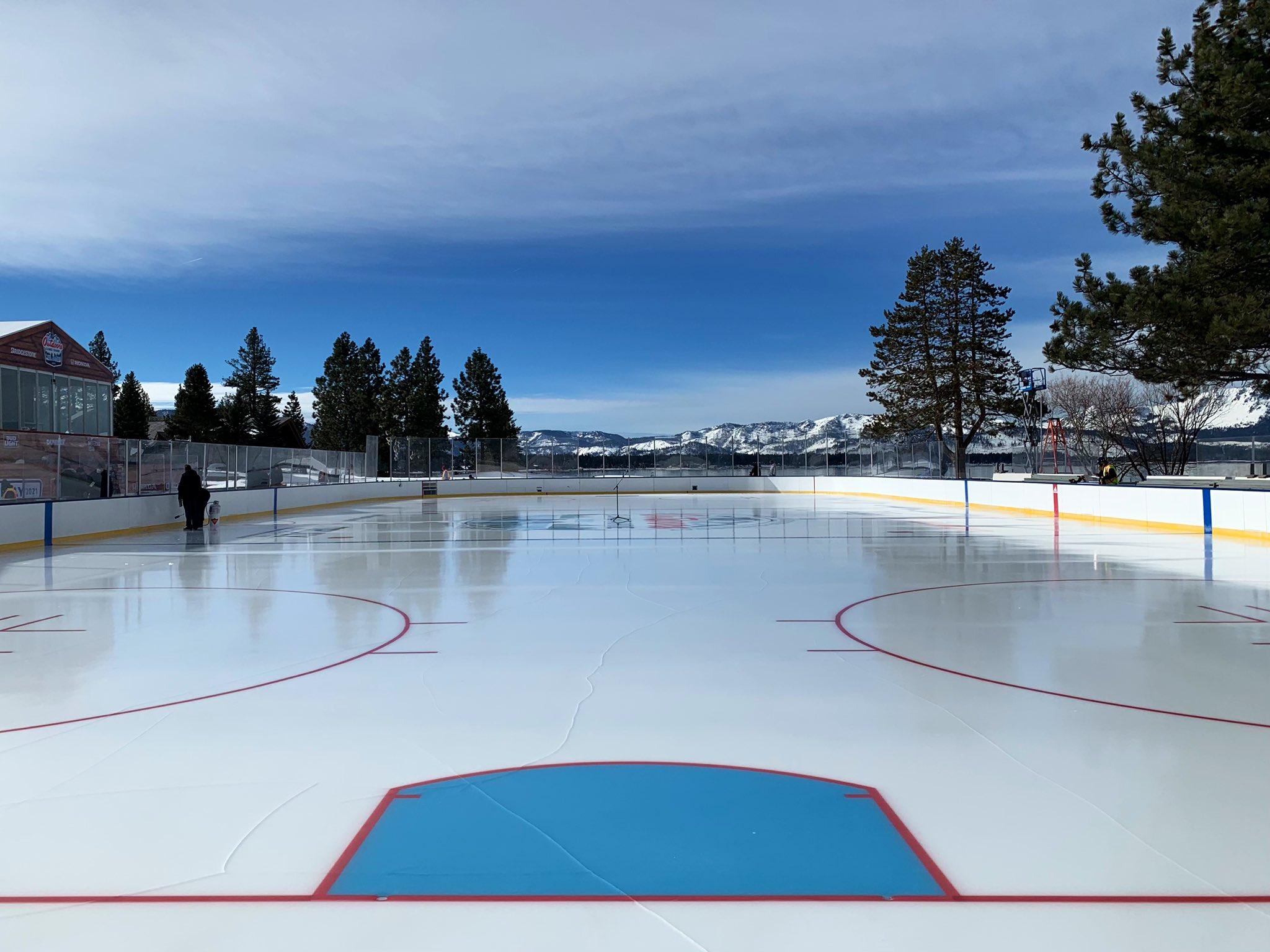 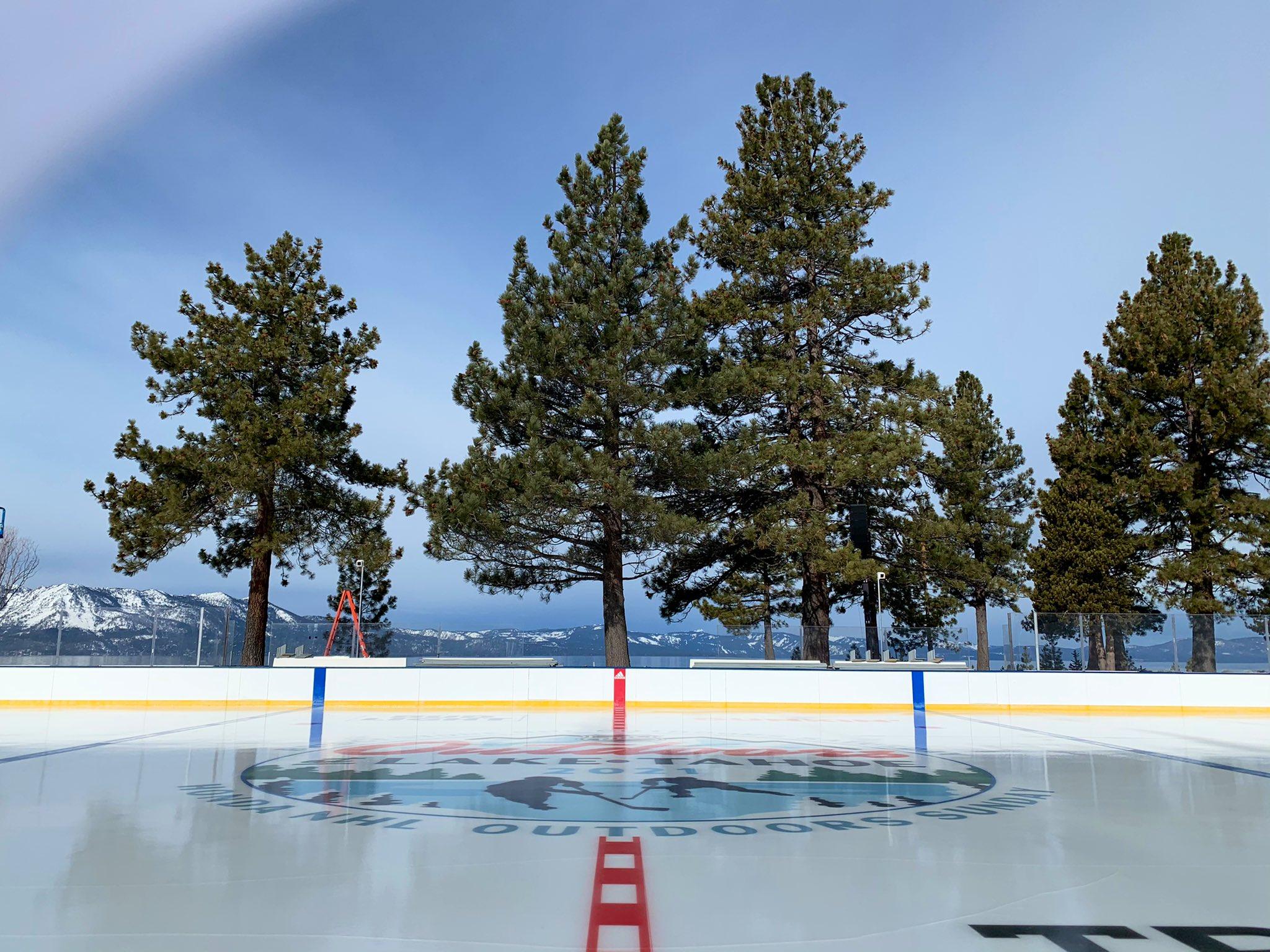 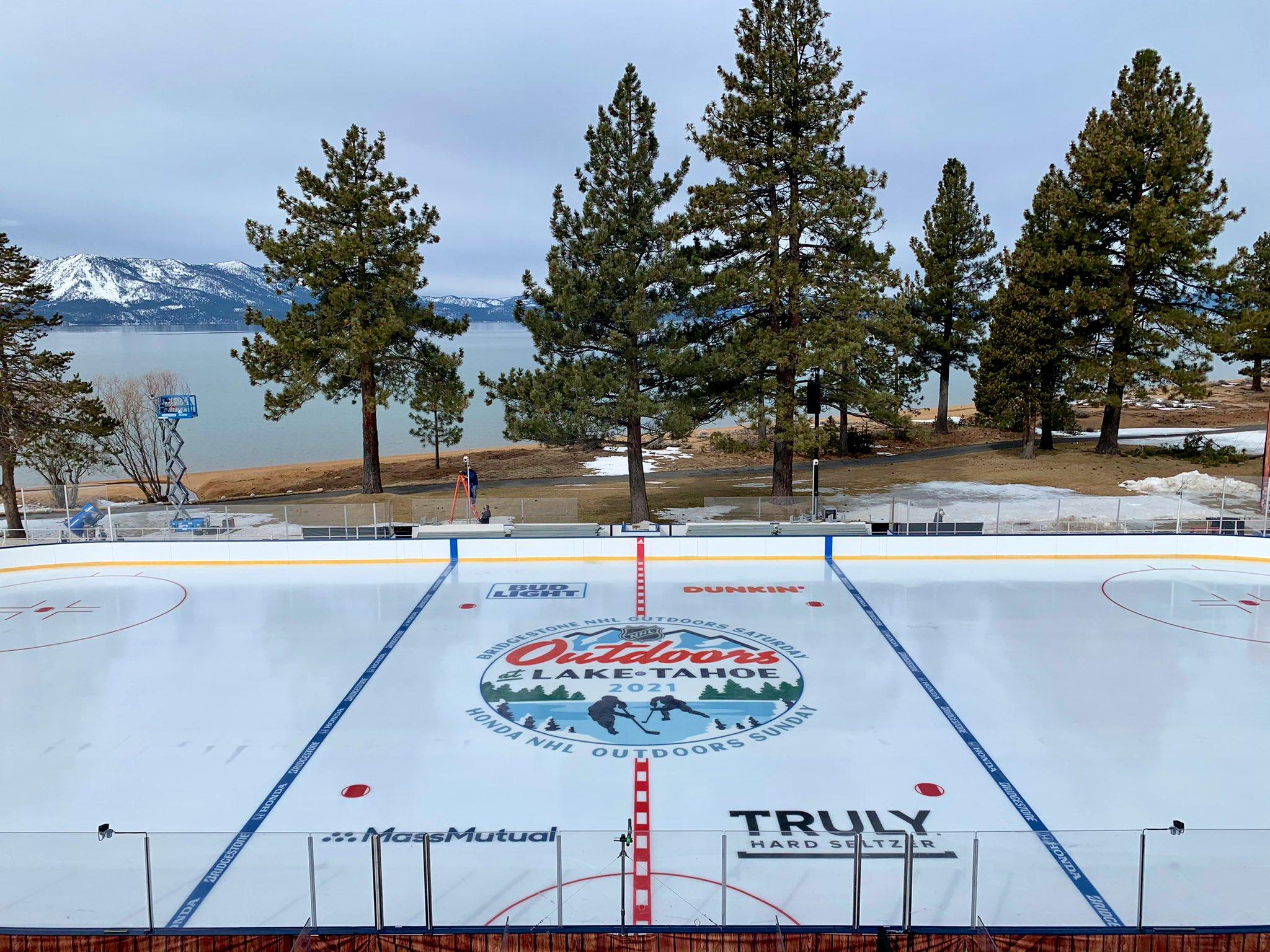 
I think so, I read they may come back tonight and play or finish up early tomorrow - should know soon if they're not going to restart now and if not when.

McDavid just doesn't have the shot and body type Matthews does. McDavid a ridiculous skater, but Matthews is more lemieux-like and McDavid not quite Gretzky enough to put distance between the two.


yeah, but then McDavid does something that changes my mind.

though it's been all Matthews lately.

You had MacKinnon, McDavid and Matthews #1 overall in 3 out of 4 years. In between Ekblad - good player, but man you get that top pick some years and you get rewarded, other times not so much.
Adam Henrique was put on waivers
Anakim : 2/20/2021 9:30 pm : link
He'd instantly step into the Rangers lineup and be their best C. But Henrique is Devil trash and his contract is gross.
Since we are speaking of Tahoe...
BillKo : 2/20/2021 9:38 pm : link
...if you enjoy hiking, try to get there. It's spectacular.

I went in August, not being a skier.

So it was 2002, and of course did stay on the South side and near the casinos too. I think it was Diana Ross who was supposed to have a show, but had to check into drug rehab....so Norm McDonald and Kevin Neelan filled in that night. I got tickets and went......was hiliarious!!! And I think Neelan was the better of the two.


I take McDavid, but maybe I'm biased because he's so exciting.

Crosby is the best post lockout IMO. More complete player. But he's not the most exciting to me.


Right after I posted this I switched to the Edmonton game. lol. McDavid put on a clinic. They're so different (McDavid and Matthews) - and almost like Gretzky and Lemieux but not quite - anyway I probably take McDavid too, I think almost everyone does, but there are games I watch Matthew (like last night) and he does things no one else in the league does. His shot release is so deceptive and almost never from the same place. he's got great hands for someone his size and great skater - but man McDavid was incredible last night. Fun team to watch.
What a sequence by Jack Hughes
pjcas18 : 2/21/2021 3:32 pm : link
controlling puck in offensive zone, tries to do a little too much, gets puck taken away, from behind the play catches Nick Dowd in the d-zone, and turns him over, transitions the play, gets in the play offensively gets the pass and scores.

He had a similiar play the other night in Boston. Didn't score, but turned it over at the blue line was way out of the play and raced down and back checked Pasternack at the last second when he was lined up for a great scoring chance. He really is going to be a star. Devs might be a year or so away but they are deadly off the rush right now.
That Hughes play
pjcas18 : 2/21/2021 4:08 pm : link
reminded me of Sidney Crosby.

Crosby never gets the D-zone credit he deserves, but he is a very smart and relentless player without the puck.

that Hughes play reminded me of a play I'd seen Crosby make a bunch of times.

he is fun to watch, will be interesting to see how he debuts/plays this year.

That fast start sure turned to shit pretty quickly.

Maybe now we won't see Shea Weber on the PP.


Who do you view as the long term replacement?

Is Ducharme a legit option? Would they bring up Bouchard? Guy Boucher too obvious?

Would they go non Franco?
Man, tough draw for Julien
Andy in Halifax : 2/24/2021 4:02 pm : link
Had heart surgery months ago, still willing to coach through the pandemic and likely sees the team overachieve for the first part of the season. Then team goes cold when Price's play drops off and then he gets canned. Cruel business for coaches.

Is Montreal a very good team that needs to get back on track or were they overachieving and now normalizing? I don't have any answers, just thinking out loud.
Muller
pjcas18 : 2/24/2021 4:49 pm : link
Coached in the bubble when they overachieved.

I hate juliens dependence on mediocre veterans at the expense of talented youngsters. Just like Vigneault and Therrien.

All three are basically the same coach.


I agree with you in principle, but this is a league wide phenomenon. Go lurk any teams' online fan base. Two evergreen topics are "why is bottom 6 grinder playing over slick skilled prospect?" "why is aging-good-soldier-now overpaid-pylon defenseman playing?"

Its the culture. Majority of the coaches will err on steady and reliable over risk.
K'Andre was put on the COVID list, so he's not playing
Anakim : 2/24/2021 5:16 pm : link
So no Kakko, K'Andre, Panarin, Trouba and we have a struggling Kreider, Zibanejad and Lafreniere.

You know, I can't even blame Quinn if we don't win for the next few games...

And yes, I do think if that goal was allowed Julien is still coaching today.

The habs had a full week off in a compressed season, I think the general thinking is that Julien had that week to "straighten things out" and to lose three in a row out of "the bye" including two to Ottawa (who has a ton of talent) is not acceptable.


Yes, no doubt, but there's a difference between unproven 18/19 year olds and players like Suzuki and Kotkaniemi who have proven it as this level in favor of Danault or Paul Byron over someone like Ryan Poehling are just lazy decisions IMO.

We all know our teams and have our pet peeves of I'd play player X over player y, and none of us knows more than the coaches, but it's a you live by it or you die by it approach IMO.