Wilson wants out of Seattle- Jets, Mia, NO and LA named

Judge_and_Jury : 2/25/2021 11:39 am
PFF @PFF
Russell Wilson's camp has approached the Seattle Seahawks for a potential trade, per @MikeDugar, @SandoNFL and @JaysonJenks

I know Seahawks fans have been pissed at Carroll's offense for a long time, sounds like Wilson feels the same way. [/quote
He literally IUST re-signed there. He had his choice of OC. He loved Schottenheimer.

Wilson didn't play well in the playoffs and when his cap figure is so high, it is harder to build around the rest of the team. Superstar QB's raise the level of the team. Don't they? Seattle hasn't been the same since LOB departed and Lynch left.
i don't think he goes anywhere this year
GiantsFan84 : 2/25/2021 12:35 pm : link
i have a hard time evaluating wilson. he's terrific don't get me wrong but most of his plays come on scrambles and he isn't a rhythm drop back passer. i don't think he'd have a better situation than he currently has either w Metcalf and Lockett

He's talented, but he's become a diva/headcase too. Doesn't take accountability for bad play and blames the "system".

Yes, his OL has been shaky too, but he's become a boom or bust QB in games.


Wilson definitely deserves some of the blame. His backyard style of playmaking needs to be toned down. But at the same time, the Seahawks' conservative and boring playcalling is something that has been very noticeable over the last couple of years.
And it's true
Toth029 : 2/25/2021 1:11 pm : link
"Imagine being paid $35 million a year to storm out of meetings and go home to a pop star wife to vent. He has a difficult life."

He's got a big ego and feels he's better than he is.
Is there a difference
Dnew15 : 2/25/2021 1:13 pm : link
between NFL QBs and NBA superstars anymore?
Welcome to the NBA
HomerJones45 : 2/25/2021 1:24 pm : link
Wilson wants to run the team. They let him have his way at the beginning of the season until he turned the ball over 7 times in two games. And gee, the HC, who I guess thought he was in charge, had his own ideas and didn't take Russell's ideas to fix the offense. Russell did not take kindly to that. What no doubt made it worse was that Seattle won 6 of the next 7 games without taking Russell's suggestions so now Pete thinks he is even more in charge.

I'm guessing Seattle will demand a king's ransom and between that and Russell's contract there will be no trade (if Russell thinks he's going to tell the HC's in NO and LA how to run things, he's mistaken), and Pete and Russell will kiss and make up.
There seems to be a belief that next year is a weak QB draft class
UberAlias : 2/25/2021 1:36 pm : link
Between the big named veterans out there and this rookie class, it sort of feels like musical chairs. Someone's going to miss out.
RE: I think this is a really
FStubbs : 2/25/2021 1:36 pm : link
In comment 15161337 Jon in NYC said:


I don’t get this critique.
Flores, to me, is beyond reproach, he went from worse roster in the NFL to the playoffs in one year. Is being economical with draft capital somehow more important than winning?


It's a possible refutation about the dogma that a franchise QB is necessary to win, or it means that chickens are on their way home to roost bc Miami is on the verge of blowing so many picks.
RE: I'd take Watson over
Section331 : 2/25/2021 2:58 pm : link
In comment 15161420 HoodieGelo said:


I get the age thing, but Wilson has been to 2 SB's, winning one. Watson has a single playoff win.
Carrol versus Wilson
Lines of Scrimmage : 2/25/2021 3:00 pm : link
PC has been around 10 years and 70 at season's start. His best teams were when he had a great defense and RW's contract puts enormous pressure on drafting well. I could see him willing to trade him and go back to the model that worked for him. Really depends on who is really in charge imo.

Interestingly Brady and the two Manning's are the only QB's to win a SB on second and third contracts. The money the QB's are getting nowadays makes it really hard. Something I think franchises will look more at.
What is it with all these high profile QB's...
D HOS : 2/25/2021 3:03 pm : link
...wanting to move themselves around the league? I do not believe I have noticed this kind of a situation before. Have I just missed or forgotten about something? Or is this new? What's going on?
RE: If he wants Chicago
SFGFNCGiantsFan : 2/25/2021 3:04 pm : link
In comment 15161561 jvm52106 said:


He'd be the Bears best QB in like 80 years. No joke either. That organization never strikes it big on a QB.
Agent says Wilson wants to stay in Seattle but
shyster : 2/25/2021 3:05 pm : link
in the event of a trade he does have preferences. Will only consider Dallas, NO, Bears, Raiders.

Adam Schefter
@AdamSchefter
Russell Wilson has told the Seahawks he wants to play in Seattle but, if a trade were considered, the only teams he would go to are the Cowboys, Saints, Raiders and Bears, his agent Mark Rodgers said to ESPN.
2:28 PM · Feb 25, 2021


link - ( New Window )
Wilson's grievances...
Jimmy Googs : 2/25/2021 3:29 pm : link
Sources have told ESPN that Wilson's frustrations with the organization go beyond pass protection and his perceived lack of say in personnel decisions relative to other top quarterbacks -- the two issues he recently cited in public interviews. Wilson also wants more of Seattle's offense to go through him, as reported in The Athletic.

I apologize in advance for the rant, but

People want a leader who cares more about winning than money, and then when someone displays exactly that, he’s a diva.

The idea that Russ has a big ego is just pure comedy, he’s raising Future’s child as his own, and is mainly stirring discontent because his wife is a superstar that needs to be in a bigger market. Easy to spin a decision designed to benefit his family as egotistic.

I know you don’t actually care about his point of view, but you can follow me if you will

Seattle had these talks with him last year when the rumors first originated, they then went “all in” with Jamal Adams and spent two first rd picks in the process. Then they spent their first round pick on a Linebacker in one of the worst draft classes for linebackers since maybe Reuben foster’s class in 2017. Seattle already had a top 5 line backing core in the entire league... All of this, only a year after they paid Wagner the highest off-ball LB contract.

That is the equivalent of us paying LW $21m a year and then going and drafting Christian Barmore at 11.

They essentially passed on Tee Higgins, Michael Pittman, Laviska Shenault, Chase Claypool, Van Jefferson, Denzel Mims; Who ALL Started Games Last Season, for Jordyn Brooks, who played less than 33% of their snaps...He was projected to go in the 3rd rd.. They then had the audacity to draft a Defensive End in the 2nd round, who didn’t play a single snap this season, passing on more offensive talent in the process.

How do you now look Russ in the eye a year later and present a case that the team will be better in 2021?

He played at an MVP level for at least half the season
Now has a 36 yr old aging Duane Brown at LT.
Their best guard, Mike Iupati, just retired
Greg Olsen just retired
They don’t have the money to franchise tag or resign Shaquille Griffin, Carlos Dunlap, or Quinton Dunbar, because you have to now pay Adams.
And you will now walk into the draft without a first rd pick
All the while, his wife is losing millions being stationed in Seattle.

Look him in the eye and tell him he’s wrong for wanting out or thinks that he’s better than he is. Seattle should be ecstatic that they have a chance to get those picks back.


Publicly, it gets blamed on the incompetence of their current team, but maybe they're indirectly realizing that it's hard to build a team around player that's getting so much money, so they're leaving for teams that have the other pieces.
When Wilson..
FatMan in Charlotte : 2/25/2021 4:43 pm : link
says he wants m ore of the offense to go through him, what the hell does he want?? He threw 558 times this season. Four games he threw more than 40 passes and he never threw less than 27 times. By the way - in the games he threw more than 40 times, he was 1-3.
RE: Agent says Wilson wants to stay in Seattle but
bw in dc : 2/25/2021 4:44 pm : link
In comment 15161596 shyster said:


Don't understand the Saints when they are completely in the abyss with the salary cap.

The theory is Carroll took advantage of his time in the college game to scout all of those guys back then. Once all those college guys made the NFL, he no longer had the magic touch.

The Seahawks really can't draft that well. First rounders are useless to them, maybe even more so than the Rams (who at least produced Aaron Donald). Earl Thomas is probably their only really good first round pick of the last decade.

Like everything they skirted the rules a bit, got lucky, and played in 2 SBs. Since then all they've been able to do is be competitive in the regular season but not postseason.


It legitimately wasn't until 2019 that Wilson as a volume passer was actually a better than average to really good QB. Before then, the results always skewed to the Seahawks playing better with him throwing less.

And even in the last two years, he hasn't produced throwing a lot late in the season or if defenses get clever taking away his deep ball.


Wilson coming to NY is unlikely. However, if George was still alive, you might have seen this! 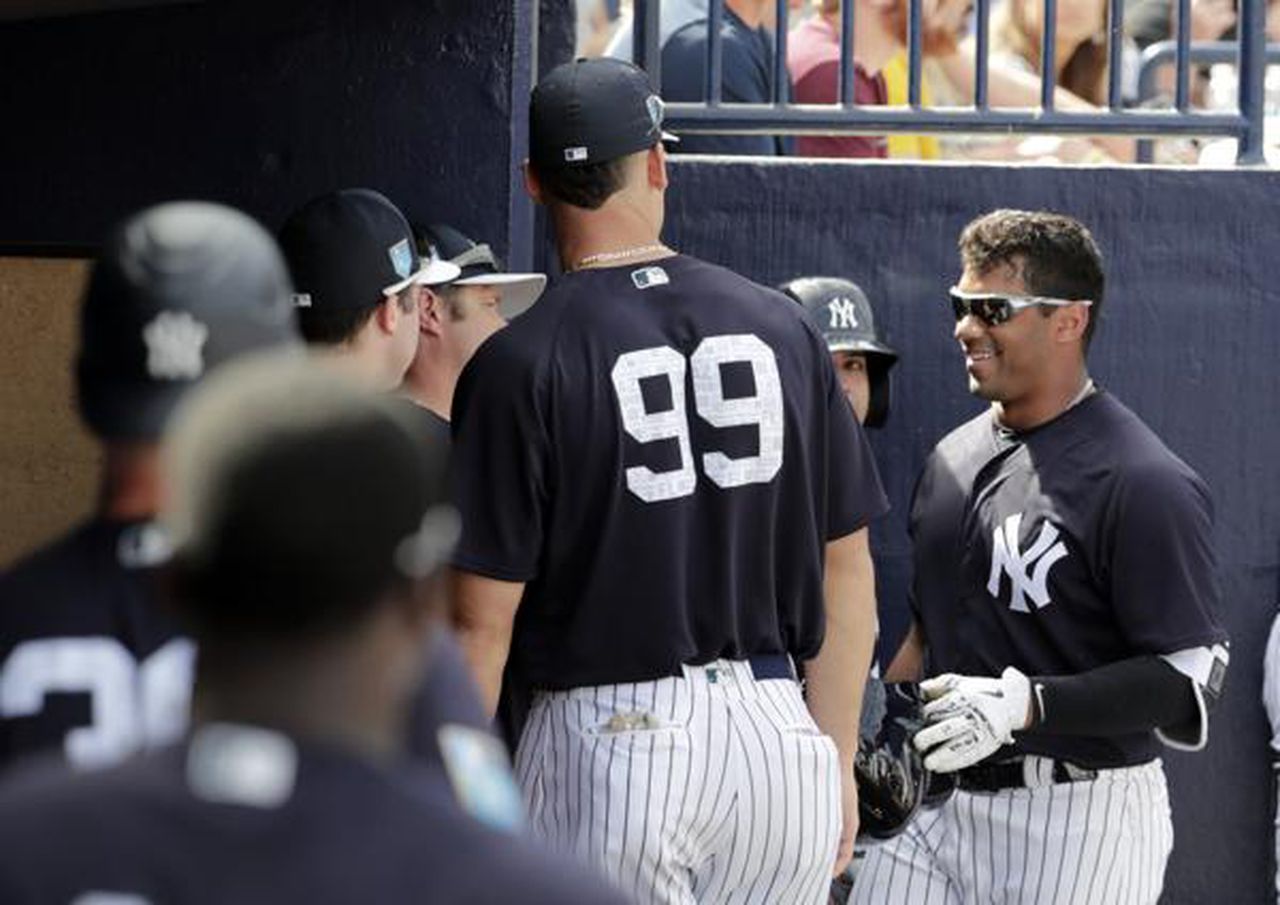 
Agreed. If ranking teams by howuch they've cared to invest in the OL, Seattle, if not 32nd, is near the bottom.

I don't get the critique of Wilson playing "backyard football" or not playing in the flow of the offense when he's been running for his life for years. It's a testament to his greatness that they've won as much as they have and that the offense has put up as many points as they have despite having a perennially untalented, substandard OL.
Threads about Russell Wilson and Aaron Rodgers
Jimmy Googs : 2/27/2021 8:04 am : link
that have posters talking about these guys as chokers or not truly elite QBs because they have won only one title each never cease to amaze me.

It's basically saying that you watch football and like the Giants, but don't really understand it much...