deGrom should have definitely pitched the 7th but I think May is the 8th inning guy regardless in that situation. Castro likely gets skipped. The pen was rocky in the 8th but Loup still only allowed two weakly hit grounders after the Harper plunk to RH hitters. He should have gotten out of that. The Guillorme/McCann play is still bugging me..

I also think we left a lot of runs on the board early. Rojas should have definitely gone for the kill by pinch hitting Smith with the bases loaded. He still had Almora on the bench for late inning defense. Terrible decision .


deGrom should have definitely pitched the 7th but I think May is the 8th inning guy regardless in that situation. Castro likely gets skipped. The pen was rocky in the 8th but Loup still only allowed two weakly hit grounders after the Harper plunk to RH hitters. He should have gotten out of that. The Guillorme/McCann play is still bugging me..

I also think we left a lot of runs on the board early. Rojas should have definitely gone for the kill by pinch hitting Smith with the bases loaded. He still had Almora on the bench for late inning defense. Terrible decision .


At best you can argue 6th. But there's a good case for every other hitter above him after that. The lineup is just that deep.

I would leave Conforto 5th in a better RBI position where he's succeeded. So that leaves McNeil or Dom 3rd and the other 7th. I can definitely see where Dom could make sense 3rd.

Hopefully this is the essence of the main lineup and Dom, Conforto, and McNeil are interchangeable based on the hot hand.
Rojas
DanMetroMan : 4/6/2021 5:26 pm : link
cost them the game last night (and I've defended him) his game feel was HORRIBLE. Pillar over Dom, Pillar hitting lead-off (Nimmo 8th), the worst Pillar vs. a RH (when he flat out said Dom would replace him vs. a righty) which have broken the game open. He also said DeGrom could throw "around 100 pitches". Given who he is, it's not impossible he had 2 innings left in him (23 or so pitches) and certainly a shot at 3+ more outs. He defended the Pillar decision with "I thought he would come through for us" and commenting on defense.. uh, they have Almora who can go in there for Dom late.
Yeah agree completely Dan
ZGiants98 : 4/6/2021 5:34 pm : link
Really hoping we see some improvement with Rojas because I have not been impressed at all. He seems lost at times...


My lineup philosophy would be to start by getting the best players up top and near each other so the best players get the best pitches in the spots where the pitchers least want to put guys on base with walks.

IMO that would probably start with Lindor + Alonso at 2+3 and then building out from there.

Until Lugo gets back the 7th and 8th innings will be a circus.

When he comes back, just the 7th (hopefully) will be a circus.

and who knows about the 9th, should be better, but who knows.


Meh.. I think the layoff is really understated all around for the team. These guys just haven't gotten work..looks like the hitters finally started getting a little more comfortable today.

May is going to be better... Lugo will come back.. we haven't even seen Diaz yet..I'm not sure it's time to freak out just yet.
it's not freak out time the offense is going to win a lot of games
Eric on Li : 4/6/2021 10:59 pm : link
and the bullpen isn't going to look this bad when they are facing teams that don't have Realmuto, Harper, Bohm, etc.

but the roster does have some clear weaknesses. the defense gives up way too many extra outs and too many in the BP have poor control and/or difficulty with the long ball.

Hopefully Rojas has now learned his lesson early on re: lineups - get the best players in there and let them do what they do. Let Nimmo draw walks at the top and then get Lindor, Alonso, and Smith as many at bats as possible.
Not freaking out just yet
larryflower37 : 4/6/2021 11:18 pm : link
But can't be comfortable with what we have seen so far.
The bullpen/blown saves cost us the playoffs last year.
This is a really tough division and it's going to be a razor thin margin.
Can't be blowing leads or extending games, this game should have been over 45 minutes before it was.
Diaz warmed up twice that not good for any pitcher especially when we had a 5 run lead
RE: it's not freak out time the offense is going to win a lot of games
JB_in_DC : 4/7/2021 9:08 am : link
In comment 15212187 Eric on Li said:


Nimmo leadoff and Dom in the lineup paid such immediate dividends that you gotta hope this is the case. Lineup is so talented - just go chalk and don't cute.
Recker
pjcas18 : 4/7/2021 9:58 am : link
is right of course, but it seems like this is always the case the with Familia lately, if it's not a walk or a HR it's bad luck.


Castro is a walking tightrope
ryanmkeane : 4/7/2021 10:04 am : link
Lugo needs to come back ASAP
Familia is a ground ball pitcher and they've had terrible defense
Eric on Li : 4/7/2021 10:05 am : link
that's a big part of the bad luck when it comes to balls in play not turning into outs (including the near double play to end the game yesterday). It might even be in part why he goes outside the strike zone so much.

But that's also a big selling point - unlike just about everyone else in the pen including Diaz he has not given up an excessive amount of homers in his career. He still has his velocity/movement so it really comes down to limiting the walks and allowing weak contact. Some bad luck singles/bloops can be lived with imo.

Also hopefully by the time he gets in games the IF defense will be Guillorme, Lindor, McNeil and he can develop confidence in the guys behind him.
Castro = Robles
Eric on Li : 4/7/2021 10:07 am : link
with high confidence and low pressure maybe he can succeed for stretches. But ultimately he throws a straight fastball with a lot of velocity and good big league hitters are going to turn on it even faster.
i'm sorry but
ryanmkeane : 4/7/2021 10:09 am : link
it's always some type of excuse with Familia. He lets guys on base, and every inning is a roller coaster. end of story
RE: i'm sorry but
Eric on Li : 4/7/2021 10:13 am : link
In comment 15212429 ryanmkeane said:


Ok all relievers other than Mariano Rivera?

And I'm not saying Familia hasn't been bad. He absolutely has. Just pointing out that Diaz has been a roller coaster even when he's been good. Even Lugo has been a roller coaster at times. Chapman has had his moments. Look at what Will Smith got paid last year and then how he performed. And Hendriks in this first week. That is the nature of high leverage relief pitching for everyone other than Mariano.
.
DanMetroMan : 4/7/2021 10:39 am : link
Sounds like there is still a chance there is an actual injury to JDD's hand. He's going to get more tests to be sure.
i agree there
ryanmkeane : 4/7/2021 10:40 am : link
but there's a massive difference between Familia and the guys you mentioned. The top 20 type relievers are way more good than bad, they will have the occasional awful game and you live with it, it happens.

he has completely lost his control the last 2 years and until it returns he can not be trusted. But the stuff is still there if he can find it and we know how that stuff played in those 5 seasons.
RE: Familia
NYG27 : 4/7/2021 11:12 am : link
ryanmkeane said:

Can coaching fix it?

So far it hasn't, doesn't mean it can't.

If Diaz can be fixed which remains to be seen but is at least seeming like a possibility (and Diaz seemed like he was as bad as Familia in 2019) can Familia?

Next pitch 97 same spot...dude barely touches it and hits a chopper off the plate for a cheap infield single.

Then gets ahead of the next guy 1-2... 97 MPH sinker on the black again, jams the hell out of the guy for a bloop double that landed just over Pete's head... error on the throw and a runner scores...

Now he has executed perfectly to 2 batters, and instead of having 2 outs.. he's given up a run and has a guy on 2nd with no outs.

I think he is mentally damaged from that 2015 World Series where the same shit happened. Executed great pitches and had terrible luck.


So one interesting thing re: Familia is that his current problems are not uncharted territory.

In 2012 and 2013 when he first entered the big leagues, his walk rates were also really high (6-7 per 9). This wasn't in a very big sample size, but his control in those first 22 innings was noticeably worse than any point in his minor league career.

In 2014 he regained his control to get back around 4 walks per 9, which was in line with his minor league career and became an effective reliever. In 2015 remember Mejia got suspended and unexpectedly forced Familia into the closing role where he then went on to have probably the best season any RP has ever had as a Met. His walk rate in 2015 was just 2 per 9 and his performance remained pretty solid as one of the best RP in baseball through 2018.

In the last 2 years things went back off the rails and he's thrown 86 mostly awful innings. Why that's happened is anyone's guess. Coaching, catching, injuries, mental, confidence, some combination of all of them. But it's at least semi encouraging that it did happen to him once before, and he was able to overcome it. Need that to happen again.
Some
DanMetroMan : 4/7/2021 11:32 am : link
of the Mets off-season targets are off to rough starts.

you are right, i forgot about the 3 batter minimum. so basically we are screwed either way..lol
Not saying
pjcas18 : 4/7/2021 11:34 am : link
it's time for this type of desperation, but maybe try Familia as a starter.

This way, if he blows a game it's in the beginning and less heartbreaking.

but seriously, and he has a history as a starter.

Familia has to be confident enough to pitch to contact because statistically speaking the highest probability outcome of most at bats against him is a ground ball.
PJ I don't think the starter idea is terrible
Eric on Li : 4/7/2021 11:40 am : link
and I actually think another part of his problems has been adapting to a middle relief role as opposed to closing.

if you have control issues and allow contact, it's much easier to know you are starting clean innings and not coming in with guys on base.

and we've also seen other closers have trouble adjusting to the uncertainty of middle relief not knowing when their number is getting called vs. the known of owning the 9th inning. 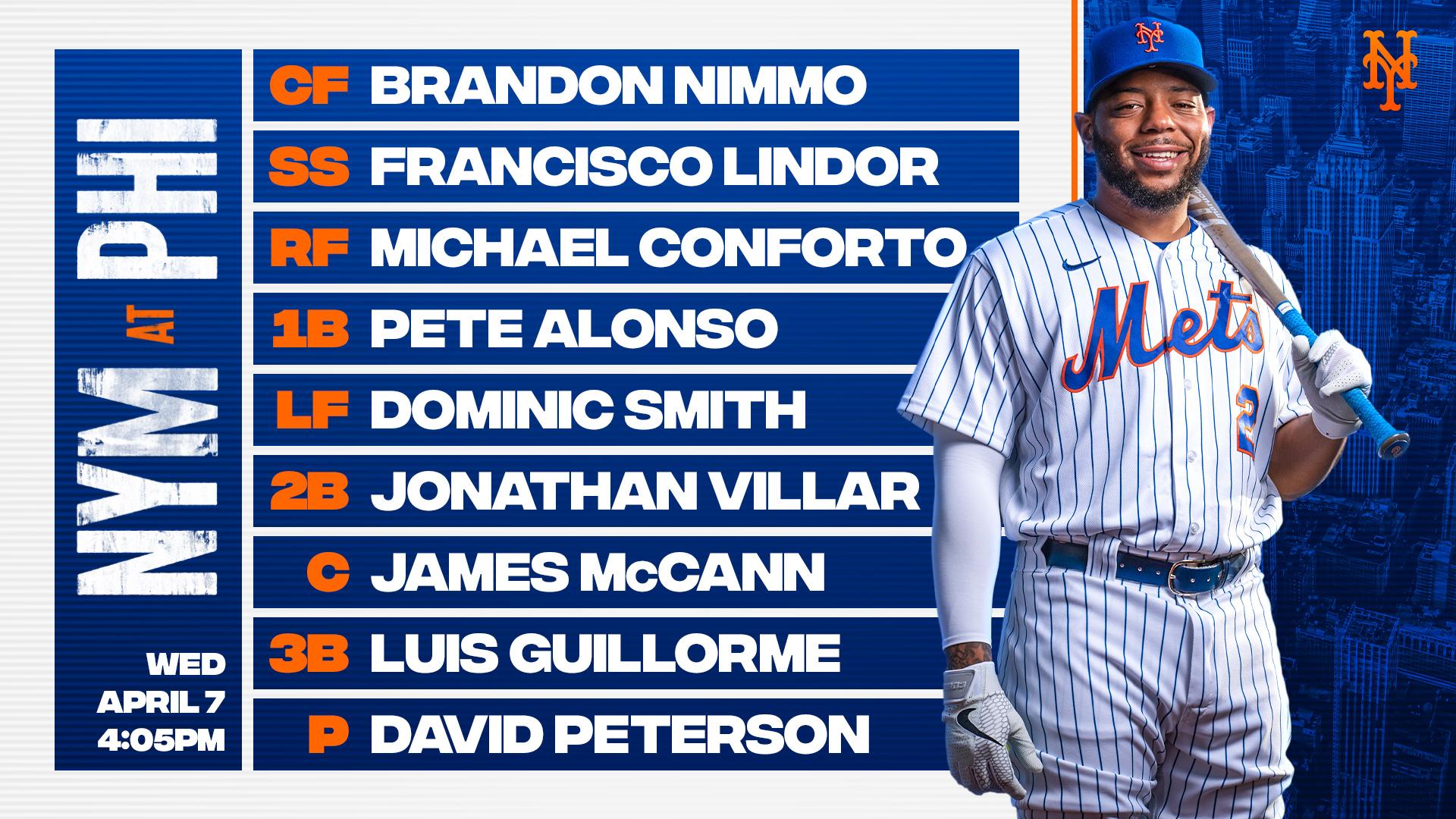 A bit surprised to see McNeil sitting three games in. 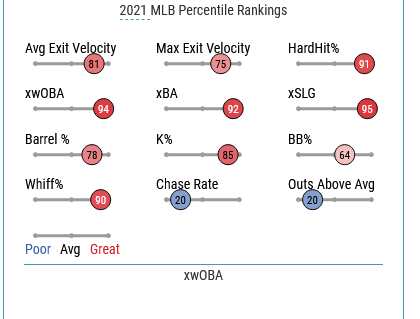