Isles still have room to make another move
Palmieri was my least favorite of the reported targets..
Diversify yo bonds : 4/7/2021 8:29 pm : link
But it's hard to dislike this deal. Zajac is cooked but they had a real need for center depth. One injury and it's Leo or Czarnik in a playoff game. The retained salary is huge because they have to grab a defenseman.

The whole key with this team is to not ice weak link/ sub replacement level liabilities so you can roll 4 lines. That formula can work but it's fragile when injuries hit.
I read this morning that the Isles
truebluelarry : 4/8/2021 7:30 am : link
put Bellows & Wahlstrom on the taxi squad.

I expected Bellows, but why Wahlstrom? He's been very productive and is one of the few guys outside of Barzal that is a consistent threat to put the puck in the net.
RE: I read this morning that the Isles
Mike in NY : 4/8/2021 7:35 am : link
In comment 15213443 truebluelarry said:


Probably roster maneuvering since Wahlstrom doesn’t need to be exposed to waivers to go on Practice Squad. Practice Squad players I still think can be on game day rosters.
Right - Wahlstrom and Bellows don't need to clear waivers
Mike from Ohio : 4/8/2021 8:46 am : link
Given how Wahlstrom is playing I don't see him coming out of the lineup. Bellows will likely stay on the taxi squad.

I like the trade. Palmieri was the guy I expected they would go hard after since he plays the way Trotz likes. Hall is a better goal scorer but probably not as good a fit for the system or room.

Zajac surprised me. Not sure what the plan is there, but getting another center for the playoff run is not a bad idea as he can slot in from L2 to L4 if needed. And anything that likely keeps Uncle Leo in the press box is ok with me.
RE: Right - Wahlstrom and Bellows don't need to clear waivers
Mike in NY : 4/8/2021 9:40 am : link
In comment 15213476 Mike from Ohio said:


Zajac it sounds like (1) Fitzgerald wanted to give him a shot at getting a ring; (2) Cizikas is always an injury risk with his playing style and the Islanders wanted insurance; (3) It gives flexibility if there is an injury to a wing on the top two lines you move Brock Nelson and slide Zajac in what was Nelson's spot so you can keep Wahlstrom with Pageau and not have to deal with Komarov as your #1 LW; and (4) Devils were probably not getting a 1st Round pick unless they gave up Zajac as well - I wouldn't have been surprised if the previous offer was a 2nd Rounder, one of Greer or Jobst, and the conditional pick so adding Zajac netted the other AHLer and bumping 2 to a 1
Lou is a damn magician
Eric on Li : 4/8/2021 9:45 am : link
no leaks, no bs, just done deals for players who have clear fits with the current squad. And at fair values. Zajac is a great insurance policy who can do a bit of everything and Palmieri is exactly the kind of scored they needed to put around Barzal.

It was a clear win for the Islanders. Zajac is just a depth move for them but I expect Palmieri to return to form next to Barzal. The injury to Hischier really hurt Palmieri's production and also hurt his trade value.
RE: RE: Lou is a damn magician
Eric on Li : 4/8/2021 10:38 am : link
In comment 15213590 Jay on the Island said:


I think I'd put Palmieri on L2 w/ Bailey/Nelson and move Beau up to L1. But could see it either way. Zajac I'd guess will go to L3 W.
It'll be interesting to see who slots where
Diversify yo bonds : 4/8/2021 11:22 am : link
Lot of right-handed shots among the forwards.
Palmieri has exclusively been a rw, and Zajac has always played center. One or two players in the top 9 will shift out of position just a question of who.

Powerplay is easy. Palmieri laser in the right circle, Wahlstrom/Pulock bombs from left circle. That's delicious.
The beard is already gone for Palmeiri
Mike in Long Beach : 4/8/2021 11:24 am : link 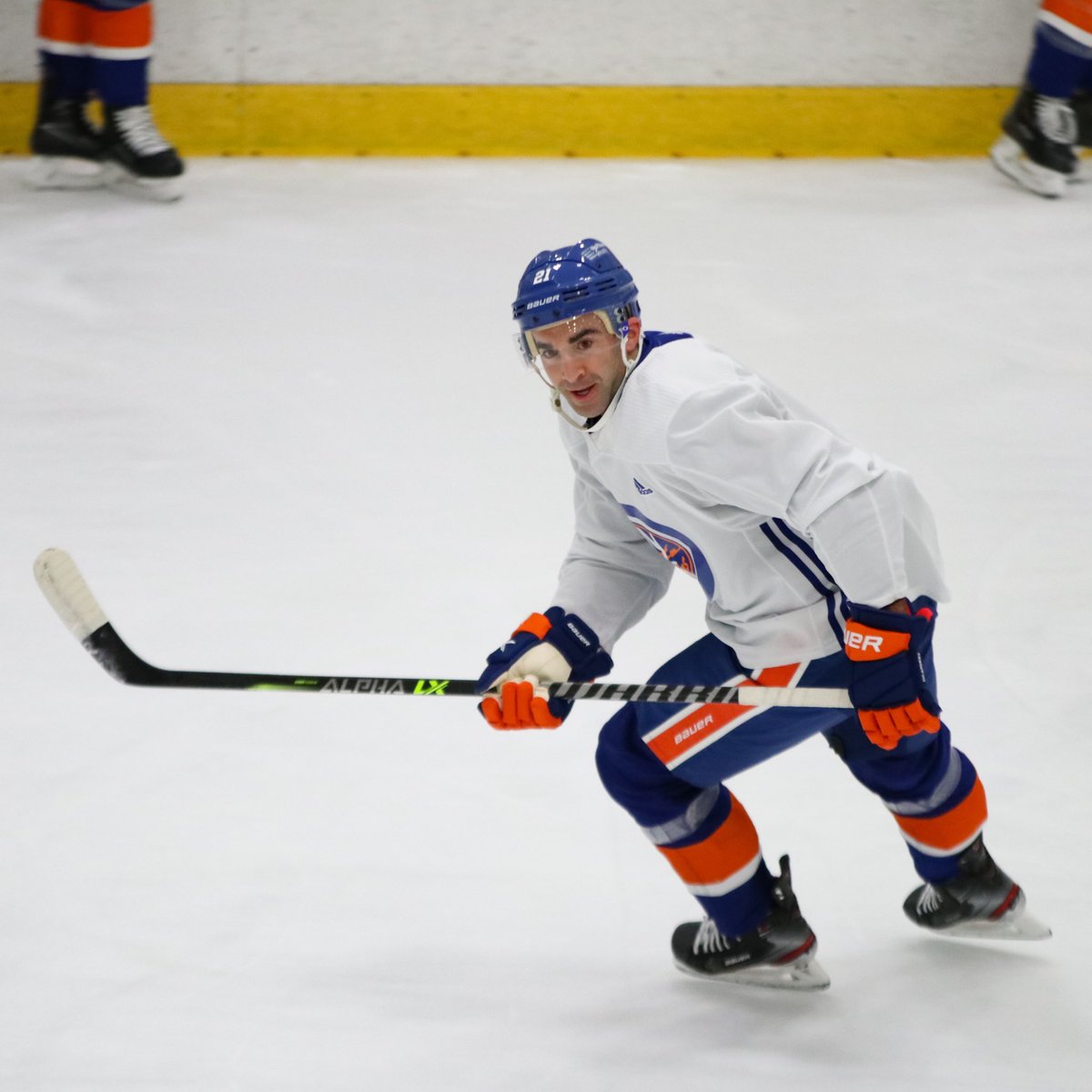 
Lol, that is the face of every contractor in line at the bagel store. One of us.
I'd love to see Beau slide up to L1 with Barzal
Mike from Ohio : 4/8/2021 11:44 am : link
but I don't think it will happen. I think Trotz likes the speed of Barzal and Beau on different lines for the forecheck.

Zajac will almost certainly go to L3. Question is whether it is he or Pageau who slides over to the wing.

Lol, I wish we made that deal. Palmieri's value was much higher last year which is why I wanted them to move him then. I'm glad they received a 1st but I am not going to pretend that the Devils came close to winning this trade.
Lines I would like to see
Mike in NY : 4/8/2021 11:50 am : link
Nelson-Barzal-Palms
Bailey-Zajac-Eberle
Beau-Pageau-Wahlstrom
Martin-Cizikas-Clutterbuck

Yeah not a great return at all. Especially when they are porting half the salary. The longest tenured Devil is Severson now
That's crazy. Don't sleep on Zajac. He has been playing some of the best offensive hockey of his career the past month. This season has devolved into a big disappointment for the Devils.
A necessary move for the Devils
PetesHereNow : 4/8/2021 1:19 pm : link
Neither Zajac nor Palmieri will be on the next good Devils team. Unfortunately, time has passed both of them by, they’re good veterans on the down side now. This way, we get a first rounder that we can either use or flip for a more NHL ready player.
Looks like Bailey playing with Zajac and Palmeri
theold5j : 4/8/2021 6:15 pm : link
Pageau up with Barzal and Eberle.....Nelson with Beauvillier and Wahlstrom.
RE: Looks like Bailey playing with Zajac and Palmeri
JayBinQueens : 4/8/2021 6:16 pm : link
In comment 15214195 theold5j said:

Staple said Leo is in... Hope he got it wrong
I like this trade
pjcas18 : 4/8/2021 6:21 pm : link
for both teams
Pageau playing with Barzal is interesting
Eric on Li : 4/8/2021 6:37 pm : link
he does do a lot of the front of net stuff Lee does. Doesn't have size obviously but has extra speed. Wonder if they have him take some draws too. Didn't think of that as an option because JGP has been so good at 3C but I don't hate it.
Wahlstrom is out
Diversify yo bonds : 4/8/2021 6:54 pm : link
He's been banged around a bit the last week, not surprising. The internet meltdown of Leo playing is amusing nonetheless.

JGP is centering Palmieri and Zajac