Cruz on DeVonta Smith: “You have to catch him first.”


He seems like the ideal compliment to KG. I’m not comparing Smith to Toomer in terms of size, etc. But I envision having a good route runner opposite KG that can make the big catches along the sideline. Kind of like the Toomer role when we had Plax back in the day.
This caught my eye the most
Big Blue '56 : 4/8/2021 11:02 am : link

He has to be the pick if he is there
averagejoe : 4/8/2021 11:04 am : link
I think it is 50/50 for pick 11. If he is there you sprint to the podium to select a faster , more elusive Hakeem Nicks. Please make it so.
RE: He has to be the pick if he is there
Thegratefulhead : 4/8/2021 11:13 am : link
In comment 15213627 averagejoe said:
more Cruz than Nicks.
he reminds me of another great route runner
Peter from NH (formerly CT) : 4/8/2021 11:20 am : link
that played in SF many years ago. Blasphemy I know, but the smooth moving just is something beautiful to watch.
Smith doesn't remind me of Nicks or Cruz at all
PwndPapi : 4/8/2021 11:28 am : link
Nicks was a prototypical outside guy who played with great physicality, positioning, IQ and had fantastic jump ball skills. Cruz was smaller lengthwise, but stocky and exceptionally nimble. He ran great routes.


Yeah, but does Smith make that play against the Pats? 😎😎
We get Smith
Giant John : 4/8/2021 11:35 am : link
And defenses are going to have some issues. We won’t be seeing 8 in the box so often either.
He wouldn’t be my first choice at 11
JoeyBigBlue : 4/8/2021 11:47 am : link
But I’d be OK with the pick. He’s a slimmer Odell, with explosive route running and excellent hands. I do worry about him getting off the line in press coverage, but he should get better at it as he hits the weight room and he line ups against Bradberry everyday in practice.
Never mind the weight for a second
ghost718 : 4/8/2021 11:48 am : link
Can you really take this guy without certain numbers being available,like his 40 time.Maybe he ran at the EXOS combine,and maybe he didn't.

Are we supposed to stand in amazement at the sight of the Heisman trophy,and send that draft card in.


You go through the draft and find a receiver taken that high,with no data available.


It's been reported that NFL teams now have access to GPS player tracking data for college players. Daniel Jeremiah reported that Jaylen Waddle was the fastest WR in the draft based on this data. I'm not sure about Devonta Smith but the NFL teams definitely have access to his information too.
RE: RE: RE: Never mind the weight for a second
PwndPapi : 4/8/2021 11:57 am : link
In comment 15213689 ghost718 said:


You're not being privy to data and there not being data are not the same thing.
RE: RE: RE: Never mind the weight for a second
Heisenberg : 4/8/2021 11:58 am : link
In comment 15213689 ghost718 said:
What are you gonna learn? That he runs 4.4something? You could have him run against a stop watch like he's playing track or you could just watch him run away from SEC defenders basically at will. There's definitely questions about him and Waddle but I can't believe that speed is one of them
First half National championship game
Peter from NH (formerly CT) : 4/8/2021 12:00 pm : link
Runs every route. Shows contested-catch radius, shows short-area quickness, shows long speed. Shows ability to take a hit. All completely effortless.
National Championship game - ( New Window )
RE: RE: RE: RE: Never mind the weight for a second
ghost718 : 4/8/2021 12:01 pm : link
In comment 15213698 PwndPapi said:


Smith is not a quick guy,so yes, I would like to see what he runs.


there's something about Smith
santacruzom : 4/8/2021 12:06 pm : link
that reminds me of how I felt about Joe Burrow's ascent -- I kept doubting his ability to continue his trajectory, and he kept disproving my doubts.


I'm fairly certain a professional sports franchise gearing up for a draft has all necessary data on a player they're looking at drafting less than three weeks out from the draft - particularly when the coach of said organization has a long standing relationship with Saban.


It's possible it does exist,but why would you limit access to it.Makes it seem like you have something to hide.

You have hundreds of guys all going through the same process.Than you have a couple who want to do there own thing.That would make me think a little.
He's wiry
adamg : 4/8/2021 12:30 pm : link 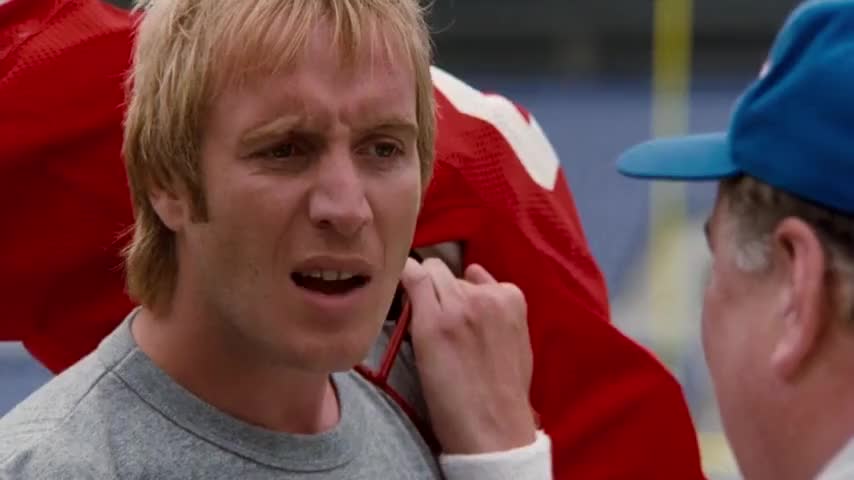 
It's because he's got nothing to gain and a potentially a lot to lose if he gets off slow start or were to stumble.

I think we put way too much stock in forty times overall. When being recruited at Alabama, Smith reportedly ran a 4.49. It's not unreasonable to expect him to run somewhere between low 4.4 and 4.5.


If they have nothing left to prove,than they're lot of guys who shouldn't have been running around.

Is this guy a better prospect than Julio Jones? Because he did everything the rest of the players do.

Alabama has
Lines of Scrimmage : 4/8/2021 1:09 pm : link
a pick your poison offense. Focus on one person, the run or pass and they can exploit you. This is my big concern with the Alabama WR's.

Julio Jones played in college and he was THE target. They were a ball control run offense and he had to routinely win double coverage. He was able to continue this in the NFL.


The circumstances around all of those guys are different and so they approach the process differently. An undersized guy lacking the production of Smith or Waddle, D'Wayne Eskridge, for instance, had better prove he can run fast to prove he can be a weapon for NFL teams.

Usain Bolt, widely regarded as the most prolific sprinter in history, ran a 4.2 forty a couple of years ago. And he specializes in running fast in a straight line. Waddle is somewhere in the 4.3 range and Smith probably runs between 4.4 and 4.5.

Those are all absurdly fast, but they don't even measure the most important skills of WRs - things like ability to break a jam at the LOS, varying releases, understanding route concepts, ball tracking, and winning contested balls. Does anyone really believe Usain Bolt, as insanely fast as he was in his prime, would consistently separation and make contested catches on the boundaries against NFL corners? Of course not.

We aren't developing software for low orbit satellites here where a rounding error of a couple of nanoseconds can prove disastrous. These are world class athletes where speed is but one component of a wide array of skills in their arsenal. Jerry Rice ran a 4.7. Hakeem Nicks ran a 4.6.
They're all plenty fast and forty times don't make or break career. Beating world class defenders on a game in and game out basis will. Smith and Waddle have proven that over 4 years in the toughest collegiate league.

And even after all that, the onus shifts to the coaches to best develop those skills, coach up shortcomings, and put them and their QBs in a position to win.
What I like about Smith was how quickly he got open,
markky : 4/8/2021 1:26 pm : link
even against OSU. I think that kind of early separation could really help D. Jones.


It's funny, they had that play earlier in the game on the other side, but Manningham screwed up the route, started too close to to sidelines and left no room. Eli had to throw it out of bounds.
RE: What I like about Smith was how quickly he got open,
mittenedman : 4/8/2021 1:58 pm : link
In comment 15213839 markky said:


Yes. His suddenness at the LOS combined with great hands and competitive drive make him almost impossible to cover. Its been out there a while but Marvin Harrison really is the perfect comparison. Just makes it look easy.
Saw this break down of WRs by a former CB
MarvelousMike : 4/8/2021 2:09 pm : link
worth the watch to get past just the analytics.
CB Eric Crocker breaks down the WRs - ( New Window )
Literally no one is saying he's a better prospect than Julio Jones
Heisenberg : 4/8/2021 2:15 pm : link
No one. Jamar Chase is a better prospect than Smith and Waddle and HE's not as good a prospect as Julio Jones.
RE: Alabama has
Osi Osi Osi OyOyOy : 4/8/2021 3:03 pm : link
In comment 15213796 Lines of Scrimmage said:


Devonta Smith was absolutely the man last year since Waddle went down after 4 games. He was doubled plenty yet carried that passing offense on his back.
RE: Saw this break down of WRs by a former CB
jamalduff123 : 4/8/2021 3:22 pm : link
In comment 15213894 MarvelousMike said:


Interesting take. He ranks Smith ahead of Chase based on his elusiveness-- downplays Smith's size/strength concerns because he's just so slippery.


That was the best offensive team of the Saban era and they have many good ones. Even with Waddle out they had weapons galore. Next year they will have the same. When Jones played at Alabama it was a different offense. The SEC West was also much better. I think they had 4 teams in the top ten just from the West. Different conference, different offense and overall style of play. I like the Alabama WR's but I still believe part of it is the system and you have to be very careful.
Smith's nickname should be Silk.
Thegratefulhead : 4/8/2021 3:46 pm : link
His routes are that smooth.
RE: Smith
Eman11 : 4/8/2021 4:20 pm : link
In comment 15213715 JoeyBigBlue said:

At the end of the National Championship game Waddle was not 100% and Smith was on the sidelines. That is my concern about both of these guys. It's not what they can do when they're healthy, it's how healthy are they now (Waddle) and how healthy can they stay (applies to both D Smith and Waddle IMHO).

I'm not enamored with the high ceiling both of these guys have. I'm worried about how low a floor they may have.

IF the rumor of Dallas wanting to trade up for Pitts is true, that makes Surtain dropping to the Giants more likely.

I'd be fine with our 6 DB look being Bradberry, Jackson, Surtain, Peppers, McKinney and Ryan.


That's some nice tape, for sure, but watching it again I'm most impressed by Bama's different ways of using him, and how Ohio State's D seemed baffled in coverages. There are a number of blown coverages in there.
RE: RE: Jaylen Waddle was the fastest WR in the draft
PwndPapi : 4/8/2021 7:42 pm : link
In comment 15214132 Trainmaster said:


I hear what you're saying. But there are DBs from big programs who do bust out of the league. And there are DBs who miss significant time with injuries each year too.

I don't think Cruz's point is a particularly good one. All it takes is one hit to change his career.

I think we have to separate that from is he going to be good which I think is a much safer bet obviously.


The argument was about the data being available.Since you guys want to spin it,you should know that Smith is not as easy a case and he's being made out to be.In terms of how fast he is.He could run 4.4,he could run 4.5 as well.Nothing would shock me,and that's based on watching these guys for years.
RE: RE: RE: Smith doesn't remind me of Nicks or Cruz at all
Nomad Crow on the Madison : 4/9/2021 6:52 am : link
In comment 15213695 PwndPapi said:


And under incredible pressure at both ends of the play!