So...will we trade Engram before the start of the season? 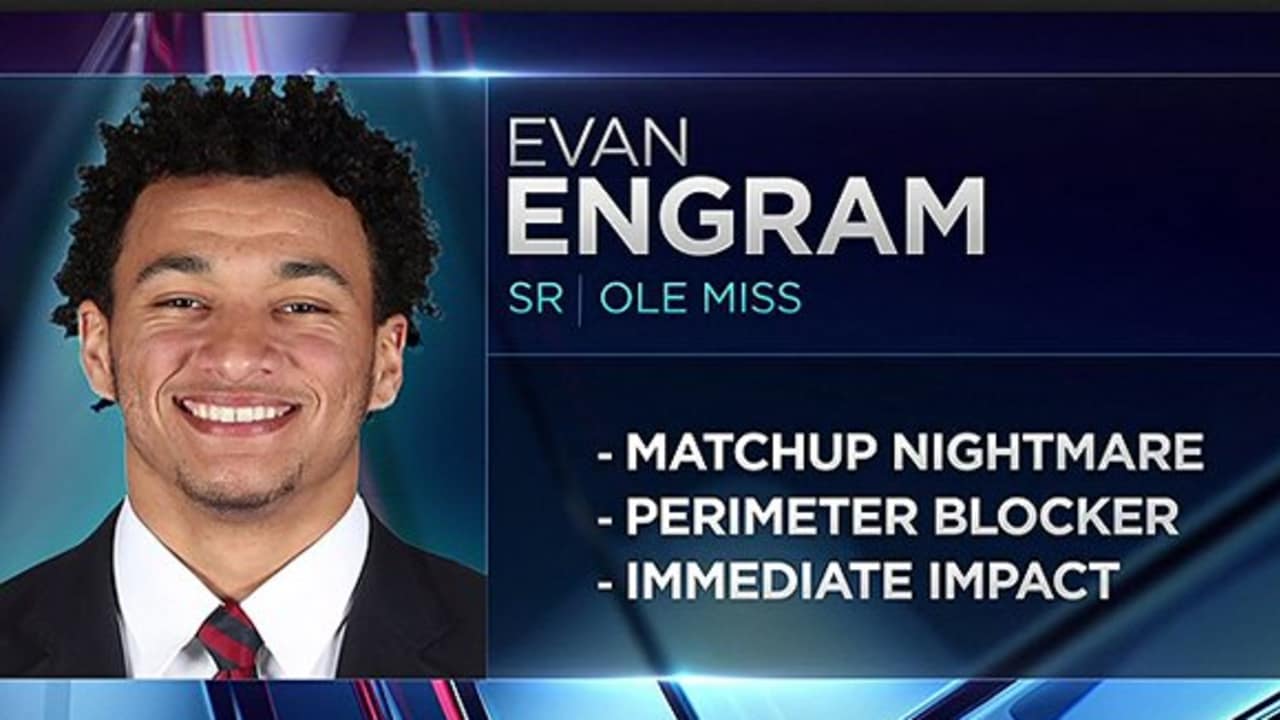 
I also doubt that Pitts would fall to us, but IF Pitts was drafted we’d be lucky to get a bag at balls for him. Our bargaining position would be diminished, IF they were to trade him it would be before the draft.
RE: Those inches are all around us...
SFGFNCGiantsFan : 4/15/2021 8:46 am : link
In comment 15221388 Jimmy Googs said:


The staff likes him and sees enough to let his contract play out. If the light goes on then we have a valuable player, if it doesn't then we move on. I think the pieces we've added will hopefully take the pressure off him. If his catch % goes back to where it was in 2018/19 than he's worth keeping, IMO.
whether Engram stays or goes, we need a better TE as badly as
Marty in Albany : 4/15/2021 9:05 am : link
we need an OL, RB, or DB.
That's a fucking dagger throw
mittenedman : 4/15/2021 9:13 am : link
by Jones - on the road at our biggest rival with the game on the line.


Maybe that's why the question Jones so much about his ability to read the game? That play was a really good example of his critics' point; that was simply atrocious decision-making. He decided to throw it to Engram.
I think Engram will be traded during the draft
cosmicj : 4/15/2021 9:27 am : link
So the answer is yes.
RE: That's a fucking dagger throw
Jimmy Googs : 4/15/2021 9:28 am : link
In comment 15221454 mittenedman said:


Would agree targeting Engram hurt his stats in 2020, but Jones has gotten a perfectly fair deal so far.

He started almost immediately as a rookie and now gets a third year despite the negatives he has displayed in his game as well...
RE: I think Engram will be traded during the draft
Klaatu : 4/15/2021 9:28 am : link
In comment 15221472 cosmicj said:


that's a stretch. We have Rudolph and Engram isn't exactly a liability out there.

That way when a ball goes thru his hands and hits him in the head it deflects down towards the ground versus up in the air and intercepted.


He's entering his 5th season. You don't think anyone's thought about that before?

Plenty of reasons a trade could still happen. Maybe a TE needy team in the top 10 wants to see if Pitts drops to them before pulling the trigger? Maybe a team likes someone in round 2-3 but isn't sure if those players will be available.

I get not liking him and I know its fun for many to rag on the guy. But he can positively impact the game with better focus and coaching. And depending on how the draft shakes out for us at WR we might be fielding the best skill players we've seen in quite some time which should allow him more space, and less pressure.
RE: that advanced page
Angel Eyes : 4/15/2021 10:34 am : link
In comment 15221598 UConn4523 said:


Don't know. What I do know is that the other years did happen and he has been better so there's precedence. We talk about that a lot on this board when critiquing our players and I'm bringing it up now to illustrate that he's actually capable of good production.


Ha ha, it’s like the flashing they put around your house windows to keep the water from leaking in.
if they pick Pitts or Freiermuth i'd guess traded otherwise he's here
Eric on Li : 4/15/2021 11:10 am : link
and I think Pitts seems like a lock to be gone top 10, which makes it pretty unlikely Engram gets traded.

Judge says he's a hard worker, have to hope he can clean up the drops. As Uconn said last year was particularly bad so you would think there's some regression back to his previous norms.
RE: if they pick Pitts or Freiermuth i'd guess traded otherwise he's here
Britt in VA : 4/15/2021 11:18 am : link
In comment 15221672 Eric on Li said:


I've watched all ten of DJ's 2020 INTs and there were two that "bounced" off Engram: @ Eagles and vs Cowboys. One more @ Bears that might have grazed a fingertip as he was reaching up from the ground after having slipped.

The PFR stat is for "targets" not "attributed to." If TJ Watt jumps up and snags the ball at the LOS and Engram is ten yards downfield in the direction of the throw, he's the target, but not the cause.


Ah, I misread the last part of your post. I see what you are saying now. He bobbled up two, finger tipped one and was the target on two more. So basically he definitely caused two picks, likely caused the third and was targeted on the other two.

The picks are one thing, but the odd fumble in the Bengals game right before hitting the ground, the awful drop in Philly, and that jacked up handoff fumble in the 49ers game just douse gasoline on the fire in addition to those picks.
RE: Daniel Jones threw 10 INT's last year.
Section331 : 4/15/2021 2:15 pm : link
In comment 15221487 Britt in VA said:


That is not true. Not even close. Below is a link to every one of DJ's TO's. I hate to bring facts into the debate...

2. Bud Dupree hits DJ as he is rolling left, ball floats to the goal line (EE may have been the target, but hardly his fault).

CHI 3. EE stumbles out of his break, ball is intercepted, but it never touched his hands. You can blame EE here, but not for bad hands.

SF 4. Ball was thrown to EE, but was an awful throw, late and behind EE. EE never had a chance.

LAR 5. Throw to Slayton near the goal line, late.

WFT 6. DJ pressured, throws to Slayton in the EZ, picked off.

PHIL 7. A throw EE should have had. This INT is on him.

TB 8. Throws to Shepard (when Slayton was WIDE OPEN).

DAL 10. Another on EE, should have caught it.

SO EE was the target on 6 INT's, but it is ridiculous to say that all 6 went off his hands. 2 did, a 3rd can be pinned on him because he slipped on his break.


DJ TO's - ( New Window )
Some of you guys are just nuts
RollBlue : 4/15/2021 2:17 pm : link
odd fumble against Cincy? He was stretched out and about to hit the ground when a defended punched the ball out. Yes, he's been a disappointment, but he also made big catches that helped them win games, and was the ONLY guy teams needed to focus on - other teams said as much.

With Galloday, and maybe another weapon from the draft, I'd like to see how this offense goes this Fall with Engram a part of it.
It is a bit of hyperbole....
Britt in VA : 4/15/2021 2:18 pm : link
but the point remains that Evan Engram was the cause or intended target of 6 INT's. 60%. 3 of which legitimately bounced off his hands.

That's not to mention egregious drops like the Philly game above.


I call bullshit on hyperbole, you reaffirmed it as fact to another poster.


You called it hyperbole AFTER I called you out on it. Sorry, I'm not giving you credit for that. You reiterated a lie when asked, and only when presented with video evidence did you backtrack.

Look, EE is a flawed player. So is DJ. It is fine to discuss either's shortcomings or blame them when it is deserved. But the outright hatred and misinfo on Engram by alleged Giant fans is bizarre. He is almost certainly going to be a Giant next season. Hopefully he has spent this offseason with the juggs gun at its highest speed.
I congratulated him on making the pro bowl.
Britt in VA : 4/15/2021 2:30 pm : link
I wasn't one of the guys sh-tting on him in that thread, so no hatred from me.


Looks like Engram isn't the only one dropping the ball...


Because he's trash and this should've never happened because he should've been long gone before this moment.

Then, guess what? He's put right back on the field with no consequences after one of his many, many mistakes.

Oh we know Judge and Co love Engram, just don’t understand why since he’s been a liability.