Should we be focusing more on Vera-Tucker?


Doesnt VT have short arms and smaller hands?
It sounds like there will be more highly ranked players available
Ivan15 : 4/19/2021 9:46 am : link
at 11, regardless of how many QBs are picked in the top 10. After a trade down, he could be a target.

If between Slater and Vera-Tucker, it is a beauty contest.
VT and the pass rushers
Mike in NY : 4/19/2021 9:47 am : link
Are why I would not be against trading down if Sewell, Chase, Pitts, and Smith are all off the board at 11. The one thing about VT is that he is successful despite not looking physically like he should be and it is always difficult to project players where you don't have a comparable to say I think this player will succeed because player X has succeded and VT is a clone of player X.
Sy has them graded the same
Capt. Don : 4/19/2021 9:48 am : link
I hope that means if DG is comfortable with the positional value at that point, it makes us more likely to trade down (assuming they are both there at 11).
he has shorter arms and smaller hands
ryanmkeane : 4/19/2021 9:49 am : link
than Slater, he's definitely a guard i think right away, most teams would view him as a guard plug and play, he could move to OT with an injury. I think a lot of teams would have Slater as a tackle but they might start him at guard
Bucky Brooks
ryanmkeane : 4/19/2021 9:51 am : link
has VT to Cowboys at 10 in his latest mock
Check out Lance Zierlein's NFL Comparison.
Klaatu : 4/19/2021 9:51 am : link
Then you tell me, lol
RE: Check out Lance Zierlein's NFL Comparison.
ryanmkeane : 4/19/2021 9:52 am : link
In comment 15225520 Klaatu said:

I'll be shocked if Rd 1 is not Smith, Waddle, Surtain or Parsons depending on how the night unfolds with Ojulari being a dark horse if they're really high on him or via a trade back.


slightly I guess....You're right. 6'5 though.
I'd rather have Slater. I like having a guard who can play tackle
Ira : 4/19/2021 10:36 am : link
well in case of injury. Guards are easier to replace.
If the Giants traded down
Jay on the Island : 4/19/2021 10:46 am : link
I would be happy with Vera-Tucker who can develop into an all-pro guard. There are other players I prefer over him but there is no denying his talent.
Eric I like the player
Judge_and_Jury : 4/19/2021 10:48 am : link
And obviously he fits a great need. Potential for OG/OT versatility. We know we need an OG primarily and depending on how the duo of Peart/Solder shake out may need a RT too.

However with what we know the Giants tend to go for, he has very short arms at 32.125" and didn't test extremely well.

We also know their round 1 history drafting a guy they may primarily slot at OG is very low. 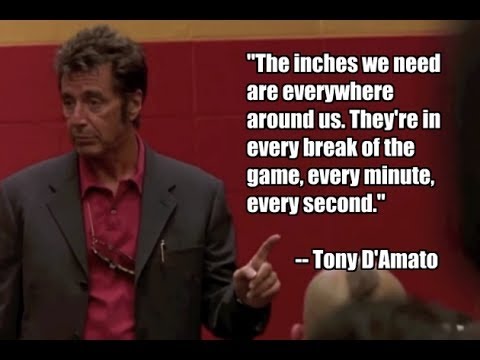 
At Tackle it makes sense to me, its just a matter of what the danger zone is in terms of length. Zack Martin has really short arms, for example, LT in college RG in the pros.


Thread on it linked below.


I would agree with this but Giants don't for the most part especially top half of round 1.
I feel like fans/some media
BSIMatt : 4/19/2021 12:57 pm : link
Are the ones focusing at all on Slater.(I have no problem with Slater)

All of the reports from asshat or rumblings from reporters with sources inside what Giants are thinking have said oline looks to be round 2 or later unless Sewell falls...I’ve yet to see any of those types of reports linking Giants to Slater(let alone Vera-Tucker)...unless I completely missed something. They like their tackles ...and a guard at 11 doesn’t seem to be in the cards.
RE: Vera-Tucker does not fit the profile
PwndPapi : 4/19/2021 1:07 pm : link
In comment 15225769 Milton said:


Not if they see him as a G longterm. Hernandez was drafted at the top of the 2nd round and has 32" arms. Pro-bowl RG Chris Snee, also drafted in round 2, have 31" arms.

Length is critically important on the outside for various reasons. Less so on the inside.
Absolutely
AcesUp : 4/19/2021 1:10 pm : link
I think he should at least be in the discussion and if the Giants are deadset on Edge, he's another reason why they should be open to trading down if a fair offer is out there. Your preference at Edge gets sniped after that trade down? Ok, take your next best Edge or move on to another red chip talent like AVT at another big position of need.
RE: RE: Arm length cannot hold a candle to
Jimmy Googs : 4/19/2021 1:13 pm : link
In comment 15225828 Judge_and_Jury said:


Not sure I would take such a hard and fast view.

I just think the Giants have shown that they aren't all that good at identifying/drafting OL that will be successful at the next level.
For me
Bones : 4/19/2021 1:21 pm : link
The Slater appeal is his perceived versatility. I am not convinced Peart is necessarily the answer at RT; therefore choosing Slater at 11 or Leatherwood at 42 seems a good way to hedge bets as to which position will need buttressing next year, G or T.
I
AcidTest : 4/19/2021 1:23 pm : link
don't think so. I like VT, but I doubt the Giants would take him, even after a trade down.

Going 1-2 in either order looks to be the best approach. VT and Slater would be great options in round 1 to solidify the OL. I don’t trust that all 5 guys from last year will take a step forward. VT or Slater will beat someone out at G or T for a starting spot.

Based on Sy's reviews yes
Rudy5757 : 4/19/2021 2:51 pm : link
His numbers are there at 85. The concern for me is that he is not ranked there by most people so is he the best player at 11? Sy has been pretty good at ranking the OL so I tend to lean on his expertise in that area and would say that he is definitely in the discussion.

My preference would be Slater mainly because of the versatility and I have looked at film on him. He looks like a good one and the more good players you have the better.
RE: I
Colin@gbn : 4/19/2021 3:19 pm : link
In comment 15225918 AcidTest said:


And with a shout out to BSIMatt above. I've been doimg this long enough to have learned never say never! So one would never want to say the Giants wouldn't take an OL with their first pick this year. But, in a year in which the Giants have sent out far more signals about their draft goals etc than normal, there have been absolutely no signals at all that the Giants are considering the OL with their #1 pick. In fact, just about everything coming out of Giants central re the OL is that they are reasonably comfortable with where they are at on the OL at least for 2021 and what the upcoming year is about upfront is seeing in fact where they are at.

At the same time, just about every signal from the Giants is that they'd love to get a Pitts or a Smith at #11 in fact their top priority for the 2021 draft is to upgrade the pass rush either by trying to trade back into the latter part of the opening round if a Pitts or smith were to be there or taking an ER outright with their #1 pick if they were gone at #11, athough there also seems to be some indication that they would be willing to trade down from 11 in that scenario if they didn't feel that the available ERs were value picks at that point.

I thought it was interesting that the one pro day OL coach Rob sale was at Notre Dame where they have 4 decent offensive line prospects. Each of those guys though is more a late second, early third day type prospect. And I believe that's where you want to build your interior OL i.e. with solid middle round picks as your G/Cs don't have to be elite, just competent.

Whatever, we'll find out for sure in ten days!! Hang in there!!
Bobby Skinner
Hilary : 4/19/2021 3:41 pm : link
Bobby Skinner is high on Vera-Tucker and feels he is worth an 11 pick. I think that Sewell and Slater will be gone and V-T will be the Giant's pick at 11.
If you believe the internet sqwaking from talking head
mavric : 4/19/2021 5:06 pm : link
Vera-Tucker is the safest pick in the draft. Plug and play day one and will be pro bowl material for the next 8 years.

His problem: He's not flashy. He's not one of the shiny toys in the box of goodies like a Pitt or Waddle. He just gets the job done game after game with little fanfare
There is no way VT is BPA at 11
ShaunMorash : 4/20/2021 6:04 am : link
If Slater and Sewell have been picked, plus 4 QB's, Pitts. Chase, Surtain, one of Smith/Waddle.

You take the other of Smith/Waddle or trade down.

Imagine busting on VT because of trying to force offensive line and having Smith or Waddle terrorize us with the Eagles for years?
No
Optimus-NY : 4/20/2021 10:18 am : link
.