Who was your favorite Giants wide receiver?

EmusNYG : 5/3/2021 9:56 pm
I haven't been around for too long. I've been a Giants fan since I knew what football was, but I didn't actually watch it until the 2011 season. I didn't watch all but a few games, but one of the few games I did watch was the Jets game. I remember thinking it was cool that we where facing another team from New Jersey (I didn't know many other teams at the time). That was the game I watched Eli throw that 99 yard pass to Victor Cruz, and from that moment he became my favorite receiver. Who has been your favorite Giants receiver?
Pages: 1 2 3 <<Prev | Show All |
Favorite obscure wr... Jamar Taylor
penkap75 : 5/4/2021 6:43 am : link
I remember him catching long bombs from Eli. That's when I thought Eli would be alright.
David Tyree
BlueManCrew : 5/4/2021 6:50 am : link
Made the catch that mattered most of all...


I considered them especially Gifford But he was also a halfback first. I thought if Shofner before Rote. 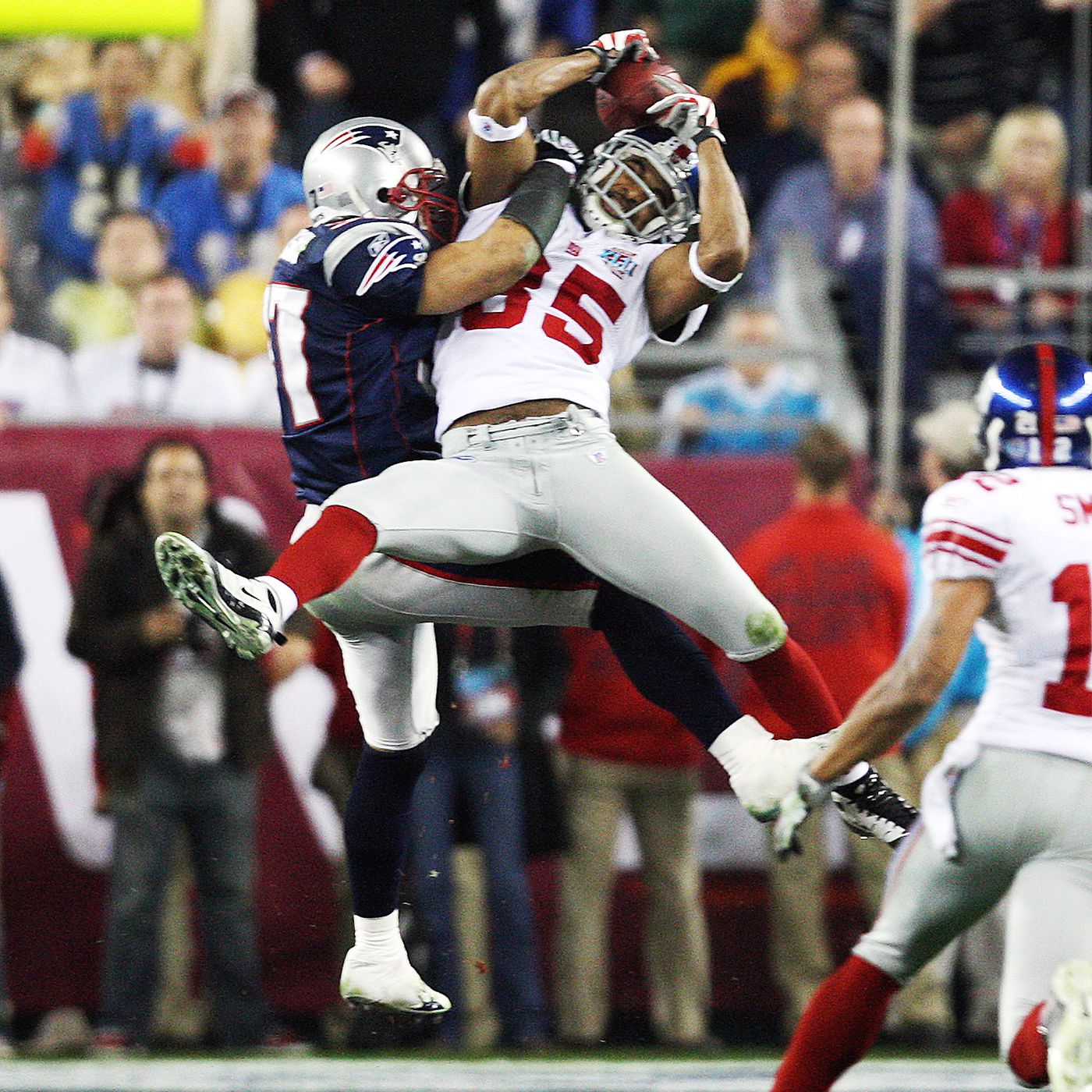 
I would say we have not had many great receivers given that we are an original franchise. During the Parcells era, we had a bunch of functional guys. Have to love Cruz, McConkey, and Nicks. But I think it is a pretty limited group that opposing coaches had to game plan around. OBJ was probably the best, although at a certain point, very hard to like.
Amani Toomer
Chris684 : 5/4/2021 8:55 am : link
easily my favorite NYG WR. His toe tap grabs on the sideline were a thing of beauty. Up there with Cris Carter as the 2 best I've ever seen at that specific part of the position.

Toomer's lunging (completely laid out horizontally) grab over the frozen Tundra while just staying inbounds by inches is one of the most underrated plays of that Super Bowl run.

Ike Hilliard, Steve Smith and Hakeem Nicks are up there as well.
Steve Smith and Hakeem Nicks
Dinger : 5/4/2021 9:02 am : link
With Plax very close. OBJ was by far the most talented we've had in my lifetime at least to start his career. I feel the exact same way Rasbutant feels about Toomer. My favorite thing about Amani is that he's just regular. Tank top no chains. Oh and he likes remote control cars, I think
Burress
LTIsTheGreatest : 5/4/2021 9:02 am : link
followed by Coleman Zeno
RE: Hard to pick one.
Del Shofner : 5/4/2021 9:16 am : link
In comment 15252506 Red Dog said:


This. Nicks was starting to dominate before the injury.
Probably Cruz.
Mad Mike : 5/4/2021 9:35 am : link
He was an exciting player and was pretty likeable. Toomer had an excellent career, Nicks was great before injuries took over. I really liked Steve Smith - really reliable, again, before injuries. Plus, Smith gets bonus points for going down short of the sticks in that game against us when he was in Phily.
RE: Probably Cruz.
Angel Eyes : 5/4/2021 10:03 am : link
In comment 15252929 Mad Mike said:

I still remember that one catch he made in training camp. Ahhh the memories!
#85 Stephen Baker "The Touchdown Maker" as a kid
PwndPapi : 5/4/2021 11:55 am : link
because I loved his nickname.

Some of the plays Ingram made in the 1990 season/playoffs simply engrained him as BEST WR EVER in my young mind. Tough to undo that.

In my head it's Amani Toomer - one of the best examples of a guy who worked hard and fulfilled his potential.
100% Shockey
Jim in Forest Hills : 5/4/2021 1:15 pm : link
Loved everything about him, even his tattoo was awesome.

Oh man. How in the world did I forget Ingram.
Hakeem Nicks
Matt G : 5/4/2021 1:39 pm : link
After all the Braylon Edwards nonsense, we drafted a guy who was just leaps and bounds better... There was a strong BBI contingent who were BIG supporters of drafting Nicks leading into the draft... He was so critical in our SB46 championship run...

I also loved watching Mario Manningham with he ball in his hands, but clearly he’s not on the same level.

Also loved Bradshaw, while not the best RB we have had, he was so fun to watch.
Gotta be Burress
Leg of Theismann : 5/4/2021 8:33 pm : link
Love hearing the stories about him and Eli spenidng hours at night after practice breaking down film-- and the story he told about how he studied Al Harris INTENSELY and he said when that game started he "knew everything he could do and everything he couldn't do." (Harris that is.) And Plax flat out took Harris to the woodshed that day.

Also amazing he sprained his knee in the shower before the super bowl and he said the entire game he was basically a decoy just running the same down and in the entire game... UNTIL that final play where he faked going inside and went to the corner and caught the game winning TD pass. No wonder Hobbs was so surprised lol.

Don't get me wrong though I love me some Amani Toomer. I was there for the TD pass to beat the Broncos in '98-- I was about 10 rows up in that endzone! So glad he got a ring at the end of his career.

Have to also say Nicks and Cruz together in that 2011 season were just so fun to watch. Nicks had something like 4 TDs and 400 yards in that postseason-- he peaked at the exact right time and helped carry us to another title.

Can't leave out OBJ even though things ended on a sour note. I have a beautiful framed signed picture of OBJ's one handed catch against Dallas. That was probably the most astonishing thing I've ever seen watching football my whole life so I have it forever memorialized hanging in my house.
...
SFGFNCGiantsFan : 5/4/2021 8:35 pm : link
Nicks career to me was such a kick in the nuts. He had Canton potential if his body held up.
RE: ...
Johnny5 : 5/4/2021 8:38 pm : link
In comment 15253986 SFGFNCGiantsFan said: