pjcas18 : 5/13/2021 12:33 pm
BOS vs WAS to kick things off.
Pages: 1 2 3 ... 21 22 23 <<Prev | Show All |
I know it's unlikely but i'd love to see Montreal shoot this TB roster
Eric on Li : 7/6/2021 4:07 pm : link
to the moon. I knew they were over the cap and the roster was unsustainable going forward but didn't realize it was by that much. Would be awesome to see them get blasted apart and remembered for another all time choke job as opposed to riding into the sunset.
The playoff Tampa team is a different animal
Mike from Ohio : 7/6/2021 4:20 pm : link
Than the regular season one. Carolina won the division against the cap-constrained Lightning without arguably their best offensive player. The cap-free Lightning are not the same.

Tampa didn’t blow out Carolina as they didn’t blow out Montreal. While Carolina likely has more offensive weapons than Montreal, Price is leaps and bounds better than Ned or Mrazek. The separation between those teams isn’t large.

While I want Montreal to win the series, part of me wants it over in 5 just so I can feel like the Islanders are closer to Tampa than anyone else, because they are returning almost all the same pieces next year.
RE: The playoff Tampa team is a different animal
Eric on Li : 7/6/2021 4:33 pm : link
In comment 15300141 Mike from Ohio said:


the NYI system and style is just best equipped for playoff hockey. With a little perspective the gauntlet they ran through was pretty impressive. Pitt, Boston, and Tampa to a 1-0 game 7 is about as good of opponents as you can face - all three with home ice and the isles obviously without their captain. When the "worst" PP of teams you've faced has Crosby on it, and it's not even particularly close to the other 2, that's saying something. I'm excited entering the offseason because I think they are ahead on the Lee/Wahlstrom for Palmieri/Zajac swap (I expect them to bring Czikas back on a very prorated 5 or 6 year deal).
Agree Eric
Mike from Ohio : 7/6/2021 4:40 pm : link
Lee & Wahlstrom >>>>>>> Palmieri & Zajac.


TBL had a short-handed team all year - no Kucherov, a little over half season of Stamkos, deadline acquisitions, etc.

So, sure going 4 - 4 against them short handed is fine in the regular season, but playoffs with relatively healthy squads CAR went 1 - 4.

At worst same at MTL one more win from MTL and they did better - and MTL is playing without 3 top 9 forwards not even counting coaching decisions like Kotkaniemi.


If someone blows Czikas' doors off I'd bet a lot they just bring back Zajac.

I'd put Bellows slightly ahead of Koivula in terms of likeliest expansion pick because he's actually shown some flashes and his shot is a standout trait. But something tells me Lou may go the other way though and try to bribe Seattle with a draft pick to shave off some salary. Komarov only has 1 year left at 3m so i don't think that would cost a premium draft pick, though Ladd's 2 years would (and I'd be very tempted to do that and just gain the $5m in space unless they have plans to eventually "IR" him).
RE: RE: Agree Eric
Mike from Ohio : 7/6/2021 6:39 pm : link
In comment 15300192 Eric on Li said:

When the playoffs started MTL had the longest odds of any playoff team, entering the finals they I believe were the biggest long shot in modern history (77% odds for the Lightning).

And, TBL is a better team.

But that's why they play the games. So, yeah, no one is going out on a limb at all predicting TBL closes it out.

TBL is -225, a prohibitive favorite in this game.

Would the Sabres be favored in a series against TBL assuming they had a 3-1 lead? Probably.

So it's really hard to come back. Just have to win one.

I think TBL wins tonight. But I'm rooting for MTL. They have not been badly outclassed this series outside of a couple periods.
pjcas
PwndPapi : 7/7/2021 1:59 pm : link
In your mind, is this iteration of TB the best team to win a cup in modern history? Back to back cups. Stamkos a HOF?
Not sure if you have seen this.
Scott in Montreal : 7/7/2021 2:00 pm : link

It is actually true. I listened to the whole thing on the radio yesterday. It was not (local radio host) Aaron Rand who started this. It was a jackass named Jay Pollack (who I happen to know personally. He is a giant twat)who started this stupidity.

The CJAD radio station Facebook page went crazy with people blasting the idea and then there was the losers who were all for this.

Like or hate the Habs. If they do this. They will have become more of a joke than all the stupidities that Montrealer's love to take shots at Toronto about.

In my lifetime we've had a bunch of dynasties so hard to say best.

Just in the past decade or so we've had Crosby/Malkin and Toews/Kane win three cups each. Pens winning back to back.

I'd probably say the Gretzky/Messier/Coffey/Kurri/Fuhr teams were the best, but this Lightning team has to be up there in the conversation.


lol, what a joke, yes they would and should be a laughingstock if they did this.

but then again Boston held a parade for Ray Bourque when he won a cup with the Avs, so nothing would shock me.

This was a more fun time for me in Boston. Back when Boston was loserville. I miss those days.


We had a brief pause in September (two weeks) and they reopened but no locker rooms and no beer in the parking lot, etc. - so I "opted out". I was not about to drive to the rink with my hockey equipment on and post-game beers is 90% of why I still play.

I was amazed some people actually did it - talk about love of the game (or just derangement).

We started back up full go in March - no masks, full locker rooms, no electronic whistles, - just no post game handshakes.

I like the handshake tradition and I (obviously not a boomer) come from the second best generation. and none of the players are boomers and they all like it too. players are at the oldest millennial, but more Gen z.
....
BrettNYG10 : 7/8/2021 9:35 am : link
I miss league games - open hockey just isn't the same. They tried to open back up earlier in the year but there were too many teams hesitant, rather due to COVID or because too many of their players temporarily left NYC.

I actually like the tradition but I hate seeing the losing team waiting after a big celebration and hate handshakes personally.

From the time we were mites and we cried when we lost (at least I did), to being grown ups when we felt like punching something, soaking in the elation and glory of the victor is the price you pay for losing. Plus it's respectful IMO.

I think most people take it that way - other than the Lias Andersson's of the world who throw their medal in the stands (which I kind of liked too), but to the other point re: handshakes:

shaking hands post series is a sign of respect and unless you're an animal like Milan Lucic represents the sportsmanship of these athletes brutally hating each other and trying to rip each others heads off for an entire series and when it's all over you tip your hat to the victor, shake their hand, hopefully learn from it, and move on.

I don't see how it's a boomer thing unless sportsmanship and respect for your opponent died with the later generations.

I hope my kids can shake hands post-game this year in a COVID free sports world.
...
BrettNYG10 : 7/8/2021 4:30 pm : link
The Boomer 'I can judge a man by his handshake and the way he looks me in the eye mentality' makes them love handshakes.


lol, yeah, like I said men's league did away with hand shakes with COVID and they never came back.

and our men's league went bankrupt with COVID (turns out they were playing a big shell game with ice time payments - using summer league (for example) team fees to back pay for winter ice and so on, and when the summer was canceled they had no money to pay for the prior winter.

Some other league wound up "buying" the league which pretty much meant just keeping all the teams. the new league announced they were wiping the stats which had been there from inception (mid-90's). I joined in 2000 and one of my teammates downloaded all the stats and added them up, over 20 years I spent the equivalent of a 40-hour work week in the penalty box. lol.

When I was younger I was a dick, not because I wanted to be a dick, but because the 20-somethings would come home from college and be dicks, so in retaliation I felt obligated to slow them down.

I don't think I have even got a 2 min penalty in the past 3 or 4 years, but that gap between "I used to be able to do this and I'm no longer able to do this" is tough on a man.


We have a 3 penalty ejection rule, which comes with a 10 min misconduct on the stat sheet (so 16 min in penalties total for that). I had about 40 of those in my 30's.

none since (I don't think).

Plus there were a few fights I'm not proud of, but also don't regret, lol.


not so sure about that.

Here is a image file inventory of the draft order: 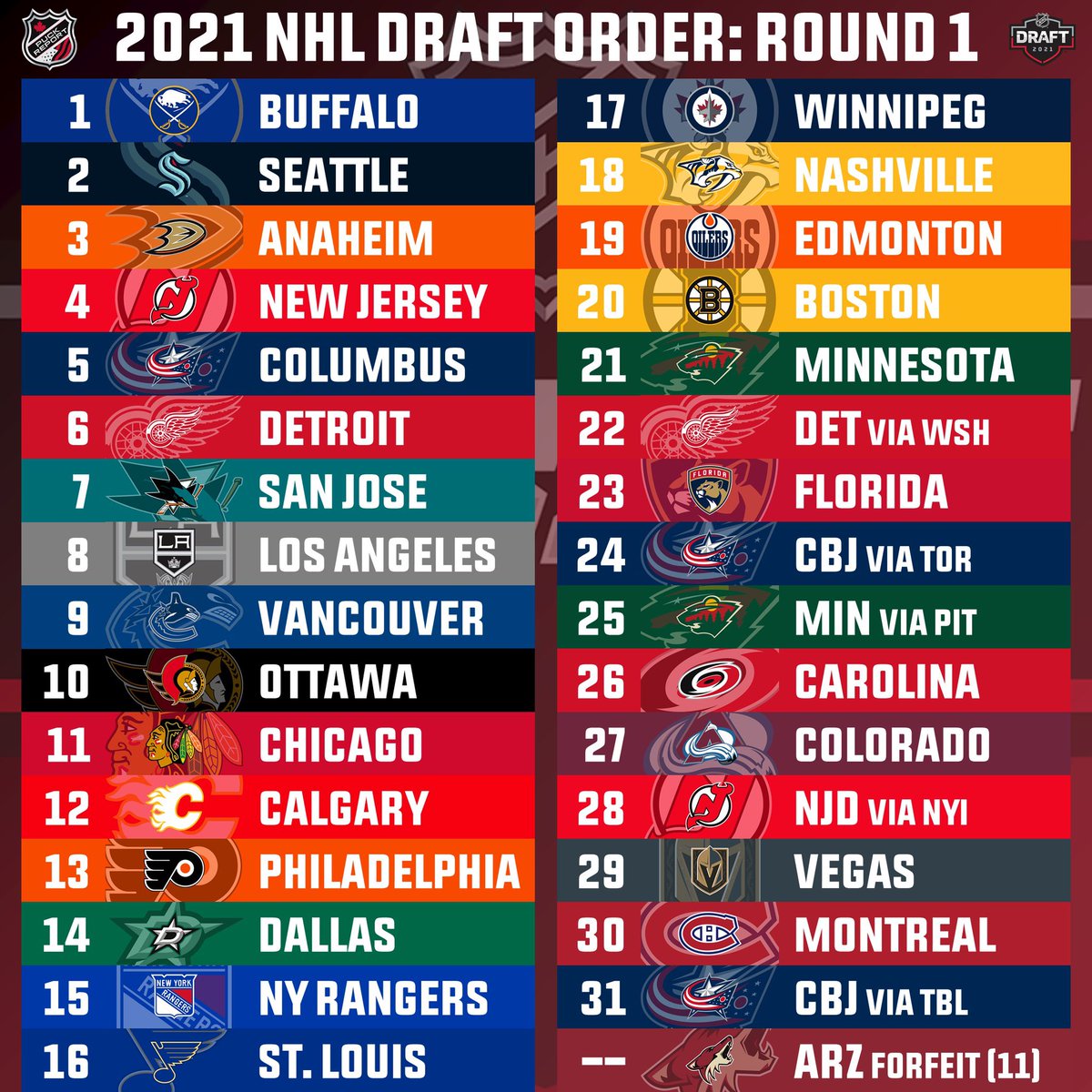 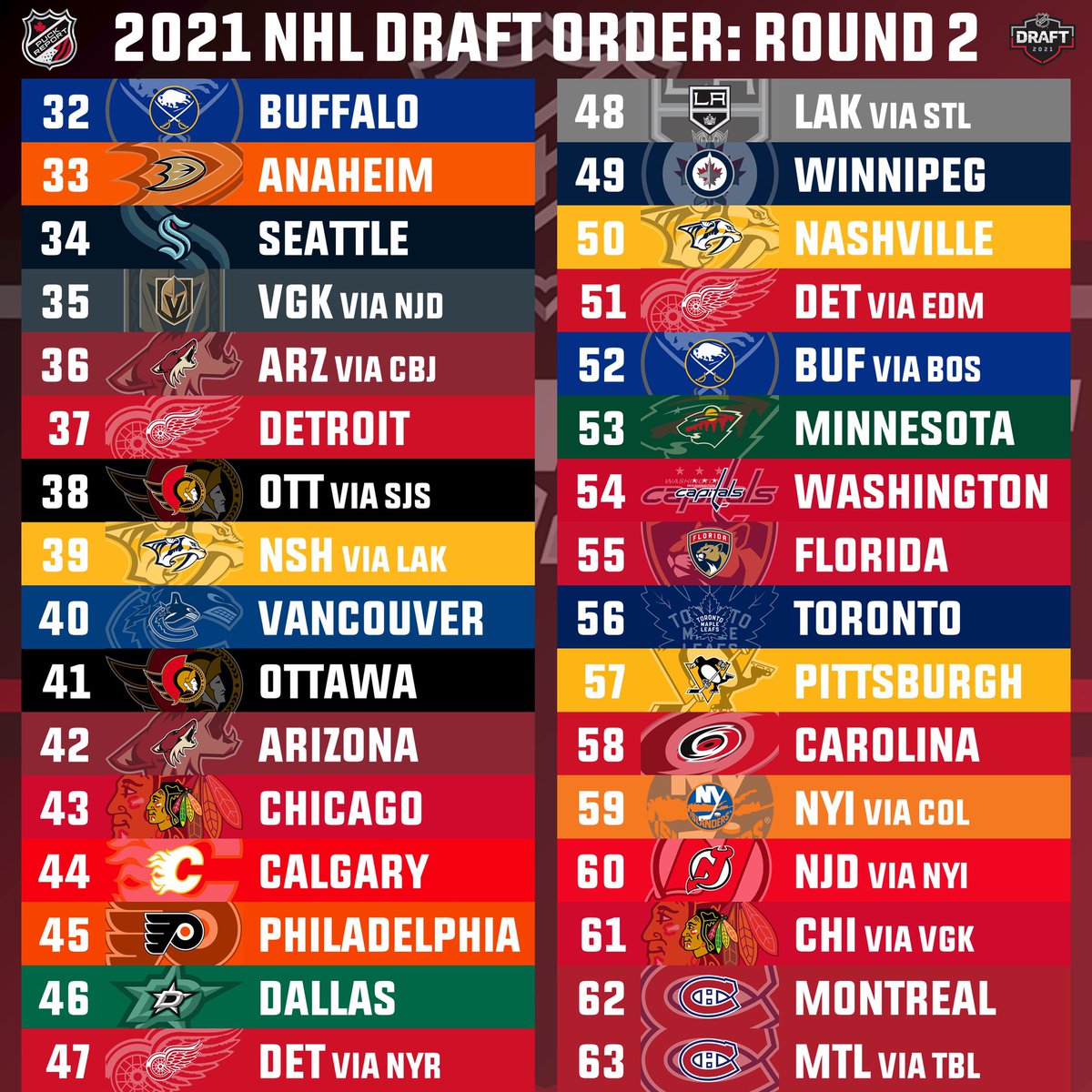 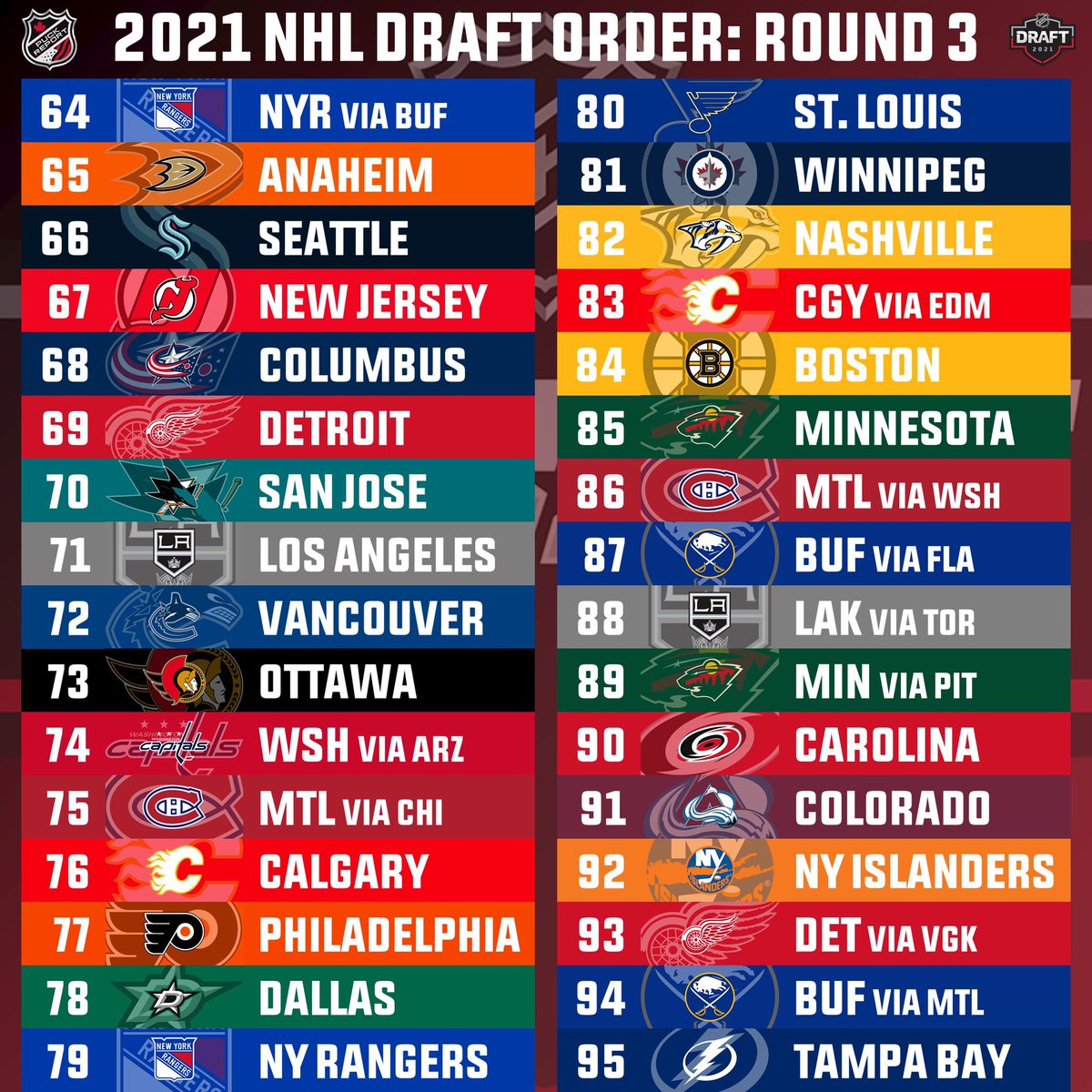 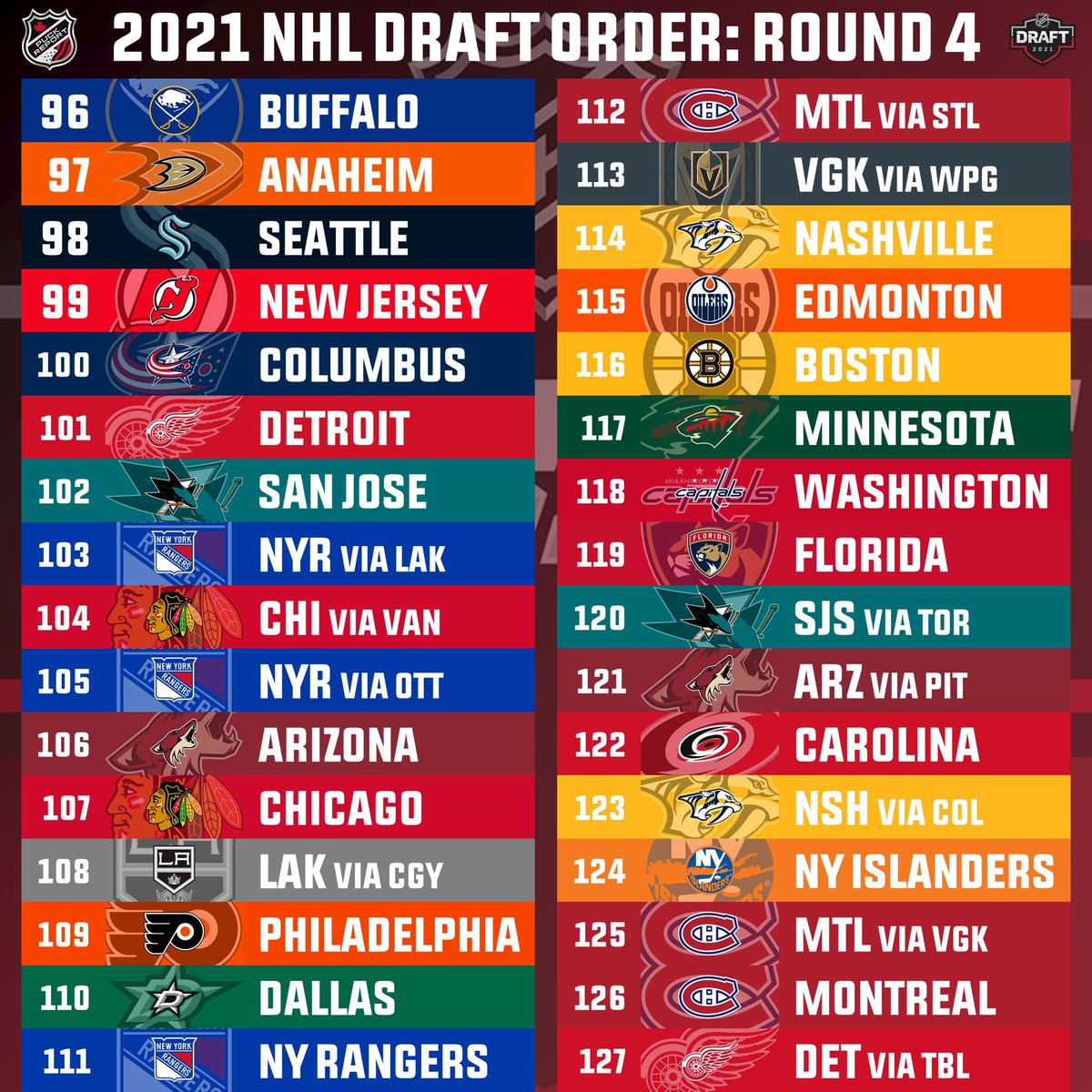 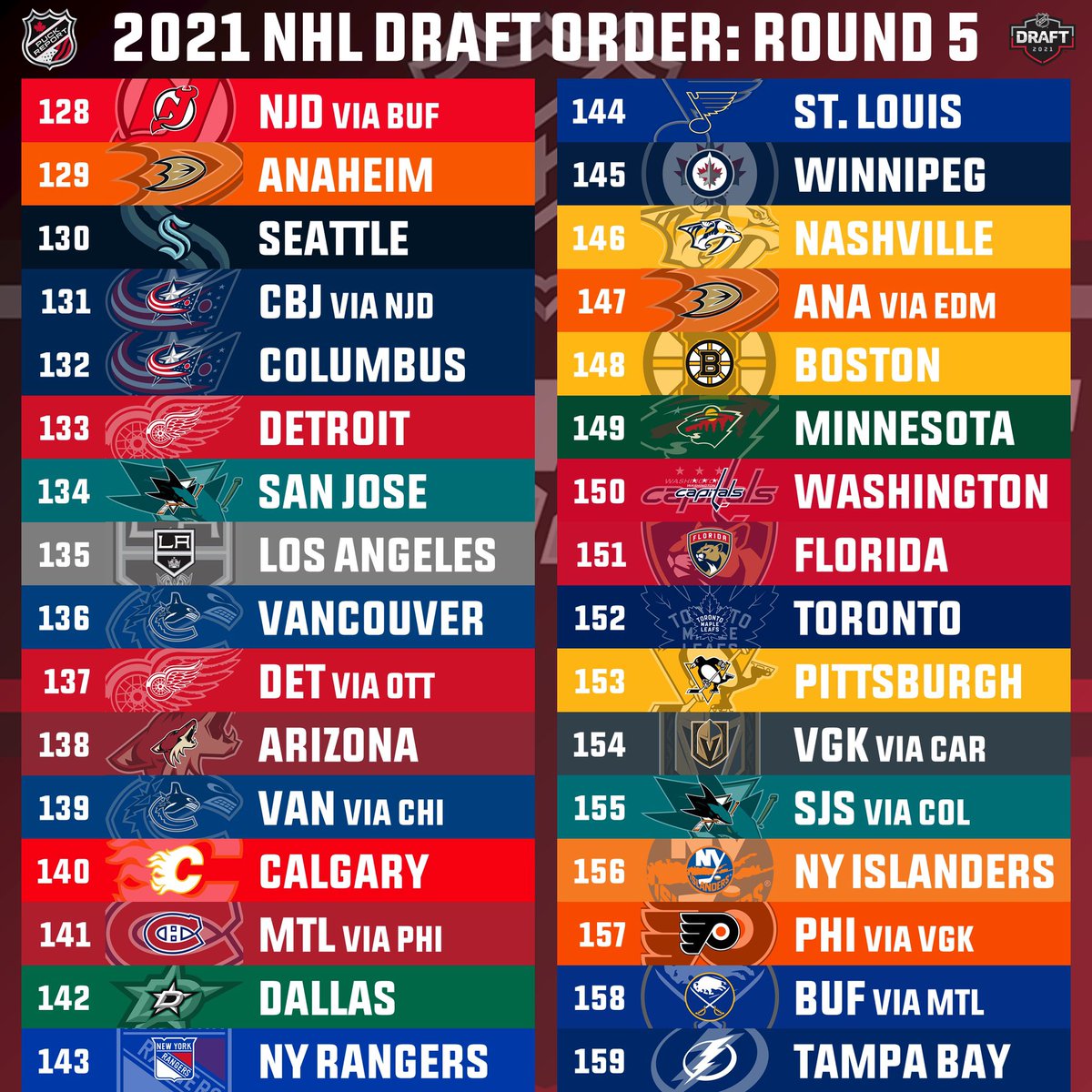 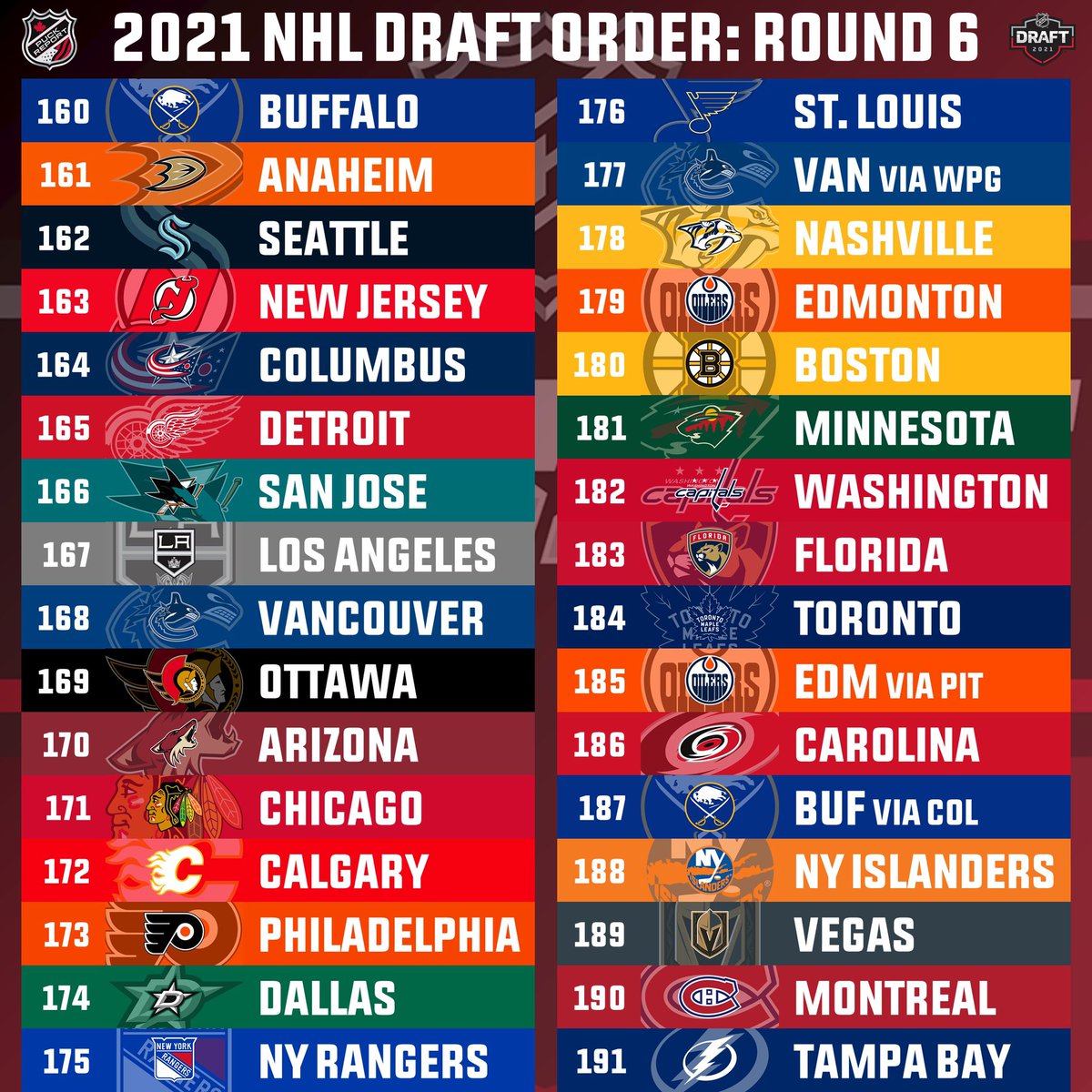 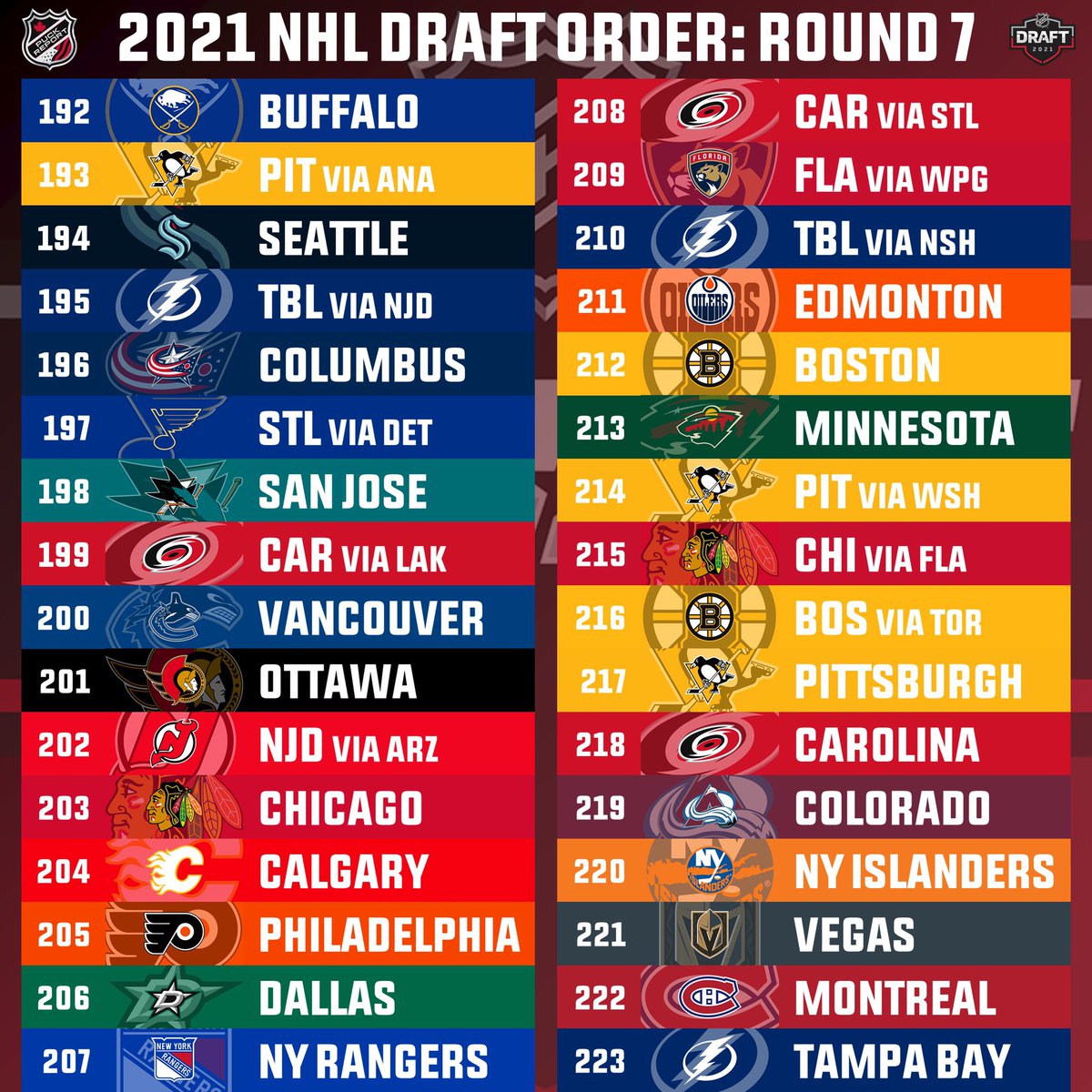