tough spot though for the youngster, have to like the Islanders chances to close this out with an injured or Rask or a young Swayman (and a talented NYI team- not making goalie the reason)
Agree...........Tough spot for the youngster if he starts.....
GiantBlue : 6/9/2021 8:18 am : link
But Boston coach trying everything...taking out Raask, blaming the refs, insultaning the Islanders work ethos, etc.

Trotz has been brilliant in this series by reinstilling that defensive mindset with the lead in game 5 vs. allowing Boston to come back two goals down last week.

Also like the subtle line changes to further compliment the strengths and chemistry of the individual lines.

However, it all comes down to Barzal. If he is en fuego tonight, he can run rings around that shorthanded Bruins defense.

Have no idea whether this team can do the impossible vs Tampa but I know this team is good enough to close this series tonight with a big effort at hone if they play their best.
My family had
Pete in MD : 6/9/2021 9:56 am : link
season tickets to the actual New York Saints in the '90s. They were an indoor lacrosse team that folded in 2006. My HS friend's father was their co-owner for a few years.


The tailgating scene was crazy on Saturday. Belmont will great, but I’ll miss the Nassau Coliseum parking lot scene. Nothing else really like it in hockey.


Regardless - wins/loses/starts/sits - I think Rask has played his last game in Boston. Age and cap, plus having Swayman in the wings (and he played really well this year in a brief stint) adds up to Rask not returning.

They need to spend the money on another D-man, resigning Hall (hopefully), and deciding if they want Krejci back.

That all adds up to Rask - due to age and now injuries slowly creeping in - being let go.


agree, but that's putting a lot on Swayman, who was great as an amateur, but we see contenders fail often due (at least in part) to lack of a difference maker in net (Edmonton, Toronto before Campbell, Colorado, Caps, etc.) and Boston's current window is closing a little bit more every year with the age of Bergeron and Krejci.
RE: RE: RE: If Swayman
BillKo : 6/9/2021 1:46 pm : link
In comment 15283233 pjcas18 said:

Plus you keep a vet backup just for insurance.

Rask is a terrific goalie, but he just seems to save his worst performances for the biggest games - or moments.

He did not play like a franchise goalie on Monday night.
Rask is hurt and Cassidy says he will not be 100%
pjcas18 : 6/9/2021 1:48 pm : link
if Cassidy had guts (and job security) he'd start Swayman tonight and end the Rask era effectively. 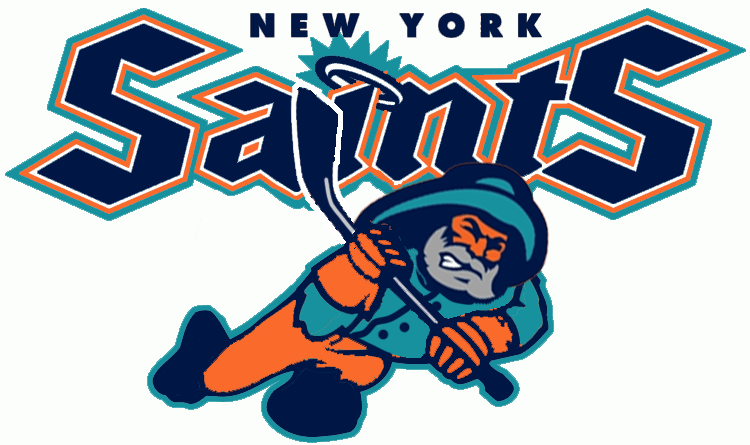 
It's really a question of how hurt is he. That's the coach's job to evaluate and make the decision.

He's going to start who he thinks gives him the best chance to win........right now IMO, I'd call it equal. So you go with Rask.


I thought the first and last goals were not soft, but he stayed back in his net rather than play his usual positional tending and should have come up with them.

Those are saves you need to make, at least one, if you want to win a SC playoff game. He did not.
And there is the weak sauce penalty
BlueHurricane : 6/9/2021 8:08 pm : link
You knew would be called tonight.


cizikas 1 was a bit weak. hall went into the stick on his own. cizikas didnt put his stick out
what an effin
KDubbs : 6/9/2021 9:21 pm : link
period. Again, if bailey and brock are on on the same night, you cant beat us.
That forecheck
pjcas18 : 6/9/2021 9:24 pm : link
is relentless - comes at you in waves, Bruins D have no answer (and it got worse when McAvoy went out - obvious missed call) and not blaming Rask per se but he's not helping things.

The Bruins are getting absolutely pounded tonight, however. Isles better not let off the gas.

Can’t wait to hear how the refs stole this one from Cassidy.
Shut down hockey!
truebluelarry : 6/9/2021 10:01 pm : link
That forecheck clinic the Islanders put on to run the clock was incredible.


It really was I've never seen a team control the puck that long in their zone under those circumstances. Incredible. Boston, go home.
Tampa is tomorrow’s problem.
Mike from Ohio : 6/9/2021 10:08 pm : link
Tonight is all about a great, dominating effort to shut down a good team.

Proud as hell of this team.
What a game. So happy tonight.
Metnut : 6/9/2021 10:27 pm : link
It’s really cool that the team is going on such a deep run during the last year at the Coliseum and we have fans at full capacity.


If they play like they did these past two games they can beat tampa. They can beat anyone. I don't remember a 4 line forecheck like this in forever with solid D and stellar goalie play. best coach in the league. Everything is clicking right now.

especially the past two games, very impressive.
Will be interesting to see if the get Wahlstrom
Mike from Ohio : 6/9/2021 10:42 pm : link
Back for Tampa. They will need some more offense against Tampa. Palmieri has really stepped up this playoff series. Barzal and Nelson are playing well. We may have enough offense to compete.

The pressure will be on Mayfield and Dobson. Their workload will get much tougher and much more important. Those guys need to step up and play solid hockey. Both were better tonight, but they need to play well.

I repeat, Joe Judge should be half as good as Barry Trotz.

The post game comments by Trotz about how Lamariello, will shy away from the sexy players is so telling.

Putting all elements of a team together.
From the trade deadline to the end of the season
Mike from Ohio : 6/9/2021 11:03 pm : link
Hall was a force while Palmieri was an afterthought. But Palmieri has made that trade look brilliant in the playoffs. He was a great fit for this team and I took a little bit, but he paying serious dividends.

Pageau was the same way last year. I don’t know cap-wise how they can retain him next year, but would love to see him come back because he is fitting in really well.


Any universe where the Isles make a miracle run includes Wahlstrom taking a step up in development. Similar to Dallas' youth last year or Montreal this year.
Lou Lamariello
NewBlue : 6/9/2021 11:05 pm : link
Islanders have as good a GM as there is in the NHL.

We are so lucky Ledecky bought this team.

Rask and maybe Krejci, I think they would like to keep
Taylor Hall around. He didn't stand out in this series,
but he did help them after being acquired.
RE: Shut down hockey!
ColHowPepper : 6/10/2021 12:47 pm : link
In comment 15283552 truebluelarry said:
It was just about the most thrilling part of the game for me; as long as they half-cycled, kept the puck pinned against the boards, nudged it along, Rask isn't going anywhere. Felt as if they ran about 90 seconds off the clock when Cassidy is dying to go EN, and we've seen what their guys can do in those situations. The old barn was thumping loud, deafening.