Is There a More Likable Guy Than Patrick Graham?

I wasn't surprised he garnered attention -- I think he's a lock to be a head coach next year.

He's everything you want in a leader of your program. Super smart guy, great charisma, great pedigree, great attitude.


He was creepy to me as a kid and Tom Hanks, did him justice in the movie, where he came off just as creepy. Not sure if you meant Aaron or not, but I made the correction;)
if he leaves I will be happy for him
KDavies : 6/10/2021 11:33 am : link
means he did a great job this year. Although, him being a Johnson type would be ideal, that's very rare. Giants would get a couple 3rd round picks if he left as well.

Was definitely a great hire.
I am probably in the minority with this belief...
EricJ : 6/10/2021 11:54 am : link
but just because a guy is an excellent coordinator, it does not mean he will be even a good head coach. Those are two different roles.


While I agree that being a good coordinator is no guarantee of head coaching success (hello Pat Shurmur)...that’s a terrible analogy.

I don't think you're in the minority with that belief. That's been proven many times. But the fact that not all great coordinators make great HCs, doesn't mean a team won't give him the opportunity (to prove he's not in that club).

Most great HCs were coordinators at one time and it seems like hot coordinators get opportunities almost every year (what's the alternative? NFL retreads or college HCs?).

I hope PG still considers this his dream job a yr to 3 from now.

NFL has recognized that one of the problems is there aren't enough minority coaches being groomed and in proper positions to where they will be head coaching candidates (usually DC/OC). Thus, they are giving the two 3rd round picks to a team that has a minority coach hired from their ranks.

An NFL Coordinator being considered for an NFL HC position likely has a minimum of 25 years of football experience and has been successful at a number of levels, as he progressed through the coaching ranks.

A Head Chef at a restaurant likely has a minimum of 20 years of food production experience and even if he was a culinary school grad he probably still started out as a 2nd or 3rd cook, before progressing to first cook and then chef.

And while an NFL Coordinator may not make a good NFL coach, no one is going to dispute his football knowledge and experience.

A hostess likely has no restaurant-level food production experience. So she would never even be considered for a head chef’s position.

Promoting a coordinator to HC (a job he spent 25+ years preparing for) is absolutely nothing like “taking an amazing restaurant hostess and promoting her to head chef”.

A better analogy would be making the head chef a GM. Yeah he has a deep understanding of the details of the food and his area of the house, but the GM is overseeing the whole restaurant.
RE: Seems like a great guy with a sense of humor.
Zeke's Alibi : 6/10/2021 4:31 pm : link
In comment 15283845 Lines of Scrimmage said:


If you are a hot coordinator, it makes a lot more sense to call his shot, than take whatever comes up first. Most guys only get one shot, and an awful situation can cause your ass out the door when you have little control over it. Contrary to popular belief depending on situation it can take 2-3 years to turn things around. And even longer if you don't have the QB in place. 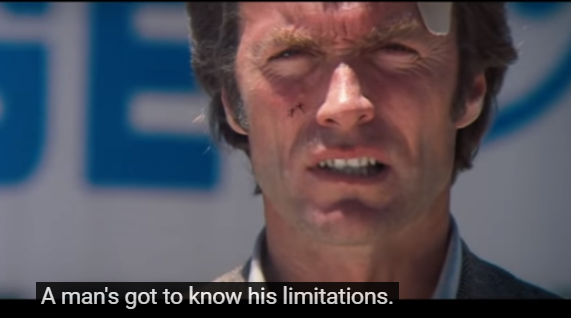 
His love for the Giants kept him this year. We get a comp pick if he becomes a HC next year. He did us a solid, because he probably could have gotten a job this year.
Reminds me of Spags ...
Manny in CA : 6/11/2021 12:21 pm : link
Extremely competent and very personable. But as a head coach, that's a "horse of a different color" - you need a bit of a hard edge.

I know Spags proved he didn't have that (at the Rams); it's not fair to say Graham doesn't, either at this point. I'm just glad he's here working hard for us.
If this really is
River Mike : 6/11/2021 12:42 pm : link
his dream job, it's possible the Giants could keep him here long term by sweetening the pot enough. Someone earlier on this thread pointed out how much more a head coach makes compared to a coordinator. Since there is no salary cap on the coaching staff, they can give him money and a title to keep him in his "dream job".
RE: If this really is
Big Blue '56 : 6/12/2021 10:07 am : link
In comment 15284628 River Mike said:


As Philly most likely did with Jim Johnson and the Steelers with Dick LeBeau..
I just skimmed this thread
Big Al : 6/12/2021 11:45 am : link
I wonder if his use of the term “dream job” was planned or an off the cuff remark, In any case, I would bet that it was pretty meaningless when you guys still alive look back at his complete career. One of the reasons, I seldom read interviews of sports figures. Either nothing at all is said or any little thing is overanalyzed to read between the lines. I am not criticizing this,. Discussion of things like that remark make for discussions, especially at times like this when the board is overrun by threads concerning the Mount Rushmore of Bowel Movements.
…
christian : 6/12/2021 12:57 pm : link
I think Graham is a head coach next year — in part because he’s got the right approach. Do well for his boss, focus on his current assignment, and do things with integrity.
RE: …
Zeke's Alibi : 6/12/2021 1:02 pm : link
In comment 15285296 christian said:


If Adoree plays up to his potential and the defense stays reasonably healthy, he’s probably going to be one of the hottest candidates on market. Only way he’s here in 2022 is if he doesn’t like any of the opportunities.

One thing Judge has changed is he’s clearly instituted a system to replace coaching talent too. I feel like in past whenever we’d lose coordinators due to promotion or poor performance it seemed like we’ve been pretty much caught with our pants down because there was no investment further down the coaching hierarchy.
If he's happy, and we pay him close to head coach wages...
islander1 : 6/12/2021 1:12 pm : link
Maybe he'll just stay a while. If he truly isn't super motivated to be a head coach. Up to him.