Next Sunday (7/18) protected lists will be made public

a lot of movement will happen IMO b/c of a lot of factors including the flat cap - teams with cap space can make out like bandits just for taking a bad contract. Tarasenko, Eichel, and more could have new homes not even considering movement to help with the expansion draft or free agency.

This article linked below from THW is great, not sure there is a ton of accuracy to it, but it's still a fun read.

Pierre LeBrun
@PierreVLeBrun
·
16m
Sources tell @KKurzNHL
and myself that the Sharks are placing Martin Jones on unconditional waivers today for purposes of a buyout
RE: RE: Marc Andre-Fleury traded
Stu11 : 7/27/2021 11:55 am : link
In comment 15314128 pjcas18 said:

Yep. Once they re-signed Martinez they were right up against the cap. Fleury or Lehner had to go.
That has to be the cheapest
pjcas18 : 7/27/2021 11:58 am : link
price a reigning Vezina winner has been traded for in history.


I think so, Strome is brutal on the dots, and doesn't even take high leverage face offs and Strome is nowhere near the defensive player.

Strome is a better scorer.


Sounds more like actually for nothing. I don't get this at all. lol.

Greg Wyshynski
@wyshynski
· 13m
VGK GM Kelly McCrimmon says that Mikael Hakkarainen, who was acquired for Vezina Trophy winner Marc-Andre Fleury, will continue to play in Chicago's organization despite the @GoldenKnights owning his contract.
RE: RE: Not quite for nothing
PwndPapi : 7/27/2021 3:42 pm : link
In comment 15314348 pjcas18 said:


On loan? no idea, I do know that often times when teams need some ECHL players they get loaned from team to team - some teams don't even have ECHL teams so they add any ECHL players in their organization to other teams ECHL teams.
.
pjcas18 : 7/27/2021 4:24 pm : link
David Pagnotta
@TheFourthPeriod
·
26m
The Stars are pushing hard to sign Ryan Suter to a multi-year deal. We'll see if they can get to the finish line.
RE: Not quite for nothing
ColHowPepper : 7/27/2021 4:26 pm : link
In comment 15314378 pjcas18 said:
Sounds like European footie where a PL team, e.g., arranges for a player under control of a team is loaned out to a different club (same or lower level of competition) so he can gain experience, allows for more informed decision as to his rights down the line. Happens frequently.
foregone conclusion
pjcas18 : 7/27/2021 4:27 pm : link 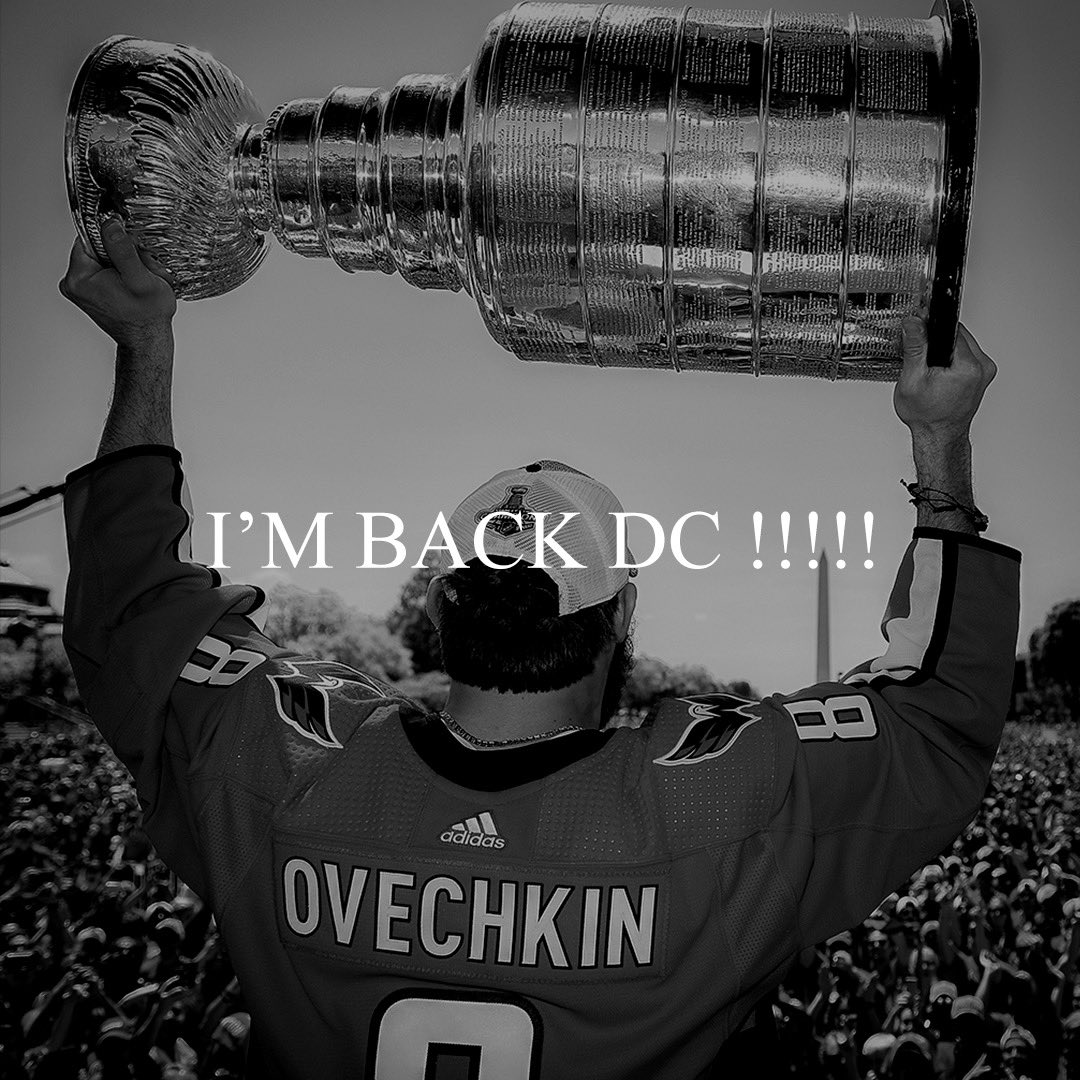 - Glad to have him back with the #Habs.

- More term than I would have preferred, as with that salary comes production expectations (see: Byron, Paul). So don’t LOVE this deal…


I think Danault is definitely gone and the Canadiens will be worse on paper because of it (and b/c of losing Weber who I freely admit is not Weber of 5 years ago, but also had a pretty high floor for play) so unless there is a ton of improvement from the youth, Scott in Montreal will get his wish for MTL.
.
pjcas18 : 7/27/2021 7:07 pm : link
Pierre LeBrun
@PierreVLeBrun
· 9m
Hearing that Nate Schmidt appears willing to waive his NTC to go to Winnipeg...
as the clock ticks
pjcas18 : 7/27/2021 7:14 pm : link
Landeskog calling Av's bluff and it seems like Av's coming to their senses.

Elliotte Friedman
@FriedgeHNIC
·
3h
Okay, working on some stuff. Biggest one is probably Landeskog...hearing 7x7 is on the table, and there are discussions about the possibility of eight years. We will see where this goes. There are others who want him.
3 years 3M AAV
pjcas18 : 7/27/2021 7:22 pm : link
Michael Russo
@RussoHockey
· 49m
Sounds like defenseman Mike Reilly is getting close to re-signing with the #bruins
I like Krebs
pjcas18 : 7/27/2021 8:00 pm : link
Hague is still young, but not a significant player, and Smith is a UFA after the season and is also not a star, this is less than I thought it would be.

NYR equivalent would be something like Lundkvist, Chytil, Strome and 1st.


Just giving comparable value players - not saying the deal should be made or not for Vegas or the Rangers.

and Strome gets replaced by Eichel,and Goodrow can play C too.

NHL News
@PuckReportNHL
·
36m
Tyler Johnson to CHI
Well free agency is here
KDubbs : 7/28/2021 7:12 am : link
and it will be another disappointment for the Isles it looks like with the big fish off the board. I guess we can still be happy with a Saad or Hoffman signing to take Eberles spot but not really seeing the options for Leddy's spot.
RE: RE: the way you describe it, pj,
ColHowPepper : 7/28/2021 8:09 am : link
In comment 15314572 pjcas18 said:
Been consistent in saying that of forwards to be moved I'd prefer it to be Chytil, for the reason you mention as well as his inconsistency, coming up short in finishing. He has nice burst, a bit of Barzal in him, to get around d-men but that's when the comp implodes. I also don't see him, yet, as a good, two-way guy.

Colorado Avalanche
@Avalanche
·
8h
The moment you have all been waiting for...Oh Captain, my Captain! 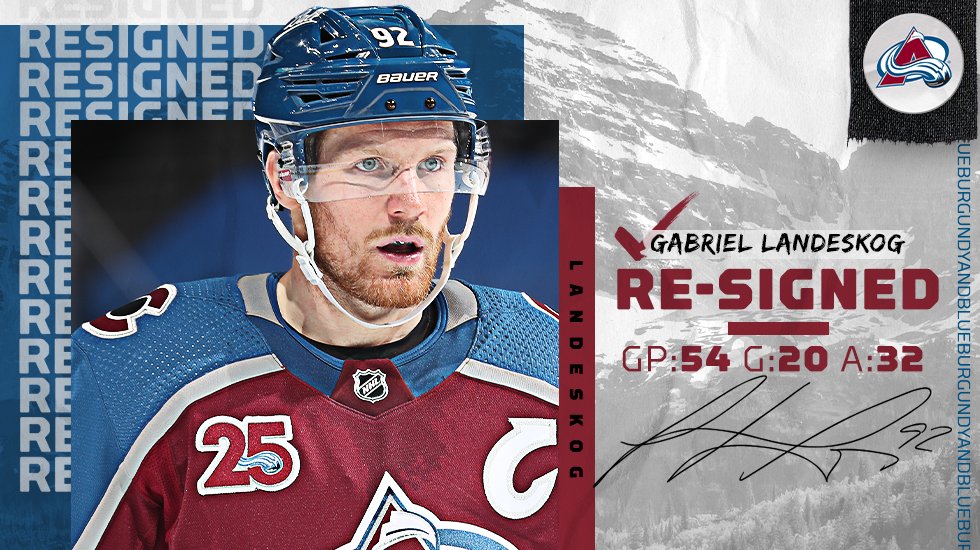 
Awesome, thanks, I'll check it out.
Well, JayBinQueens and his thread notwithstanding,
ColHowPepper : 7/28/2021 4:58 pm : link
I find Drury's off-season, to this point, head scratching. Who's whispers in his ear were louder, Slats'(mega stupid, expensive move) or GG's? It's like NYR moves were Vegas expansion draft fodder. I confess to wanting something to happen with the forwards--it did, with Buch sent to STL for nada barf--but that's it? No Danault, no Getzlaf, nothing to make us stoked, only a move to make us gag, and I'm good w/no Eichel unless it's really on the cheap if BUF has indeed painted itself in corner--but to this point, it's really a head scratcher.
Apparently, as it stands now, Mailloux won't be part of training
Mad Mike : 7/28/2021 5:51 pm : link
camp, and Montreal will "reassess" as the year goes on. Who knows if that's just lip service, with them having every intention of determining he's ready in time for training camp, or if they've got specific steps he needs to accomplish which will be taken seriously. This reads to me like they were really caught off guard by the reaction to the pick, though I'm surprised any team would be surprised, so again, maybe it's all theater. At any rate, they do seem to want to be able to demonstrate he realizes the severity of what he's done and isn't that person anymore.
Habs' letter - ( New Window )
Pages: 1 2 3 ... 13 14 15 <<Prev | Show All |