She cheats on him, which has been known to really mess people up to the point they can't think or do their jobs right, and then she expects him to just keep playing like nothing happened.


Seriously. This should do wonders for her career as a Christian pop singer. I can see the title of her next single now.

“I love you Jesus (but if you fail to maintain your biblical promises, I’m leaving and want half)”
Not to mention..
FatMan in Charlotte : 7/20/2021 9:29 am : link
the pastor who she cheated with suckered Zobrist out of money too. Slept with his wife and collected checks from charity.


The problem is - in the whole scope of the number of religious institutions, the number is very small. In the environment of megachurches, the number is quite high. And there is no checks and balances. In the NC/SC area, the pastors of several "non denominational" megachurches sit on each others boards and funnel money between and through each other with no oversight or accountability.
RE: RE: She
pjcas18 : 7/20/2021 9:47 am : link
In comment 15308544 bwitz said:


I don't know, I shouldn't have said that, I'm far from a legal expert and have no firsthand divorce experience.


Oh no doubt. Especially if you live in a state where the law basically says marital assets have to be split. I’m not sure if they have kids; if they do, I feel bad for them as, divorce sucks, especially if you’re younger. Hopefully he can come out of this without giving up too much and move on with his life.
RE: All I got to say is
Bricktop : 7/20/2021 9:59 am : link
In comment 15308556 Hazlet Giant's Fan said: 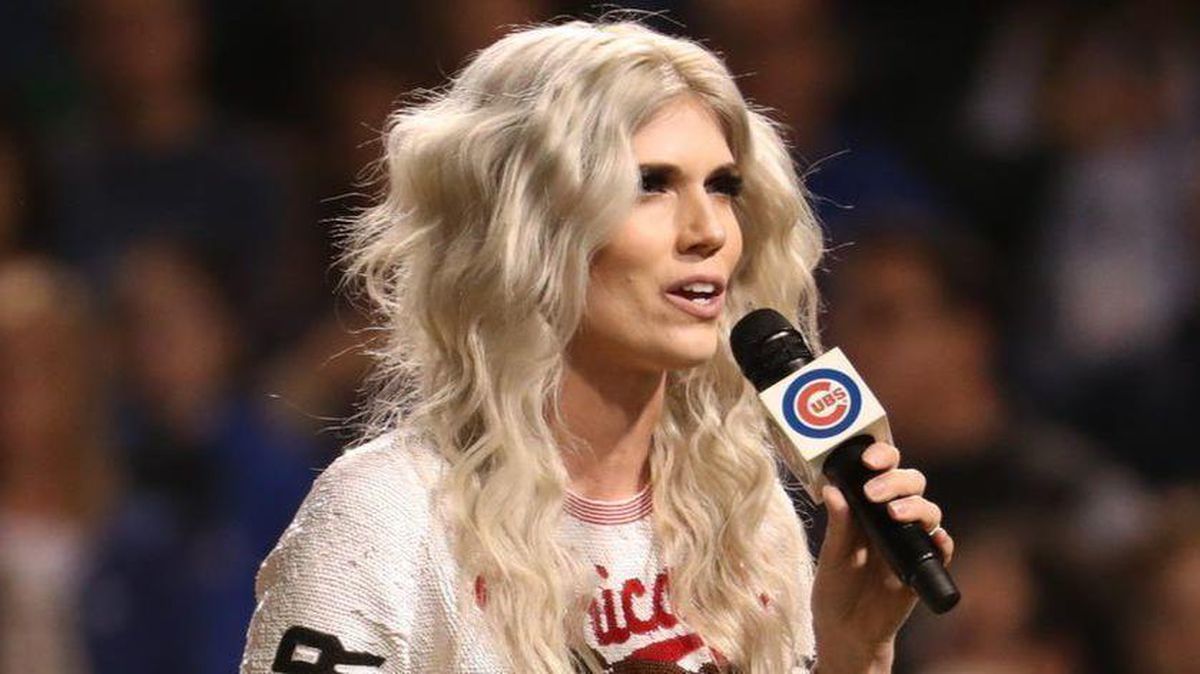 But this specific claim (the $4MM) isn't simply about division of property, and her 50% entitlement. She's asking for half of a chunk of money he didn't get. She's saying that by retiring he was effectively dissipating a marital asset (the rest of his contract), and she's entitled to what he gave up. That's extraordinarily unlikely to be a successful argument. The fact that he could earn more than he's choosing to could factor into a) support (though given the size of the marital pot, that probably won't be an issue), and b) child support, but it's very very unlikely to factor into a hypothetically larger marital pot.


I think Illinois is a no fault divorce state if you have been separated for a certain amount of time, and she was the one who filed for divorce.

When he played in St. Pete, the community fawned over this great Christian couple and their faith. If he is truly devoted to his faith, he probably won't fight this, especially because of their kids. And as for her career. It wasn't much with him (would she have been singing at Rays and Cubs games and the World Series if she wasn't married to Ben). Without him, she'll be just another singer.

The hypocrisy is not surprising. How many of the most cutthroat, dangerous, vindictive and cheating people go to services every Sunday and are welcomed as pillars of the church. Organized religion has no trouble accepting people who ignore the tenets of their faith on a daily basis, as long as they repeatedly show up on Sunday to 'repent' for the previous week's sins, before going right back to the same behavior when they leave the building.
I made the mistake
Bricktop : 7/20/2021 10:46 am : link
of taking a look at her Instagram page out of curiosity.

She is an absolutely vile human being. Some of the shit she posted is sociopathic. And her female Christian minions just love it. It's like an entire subset of whackjobs. She plays the victim card very very well. It's Fucking disturbing. 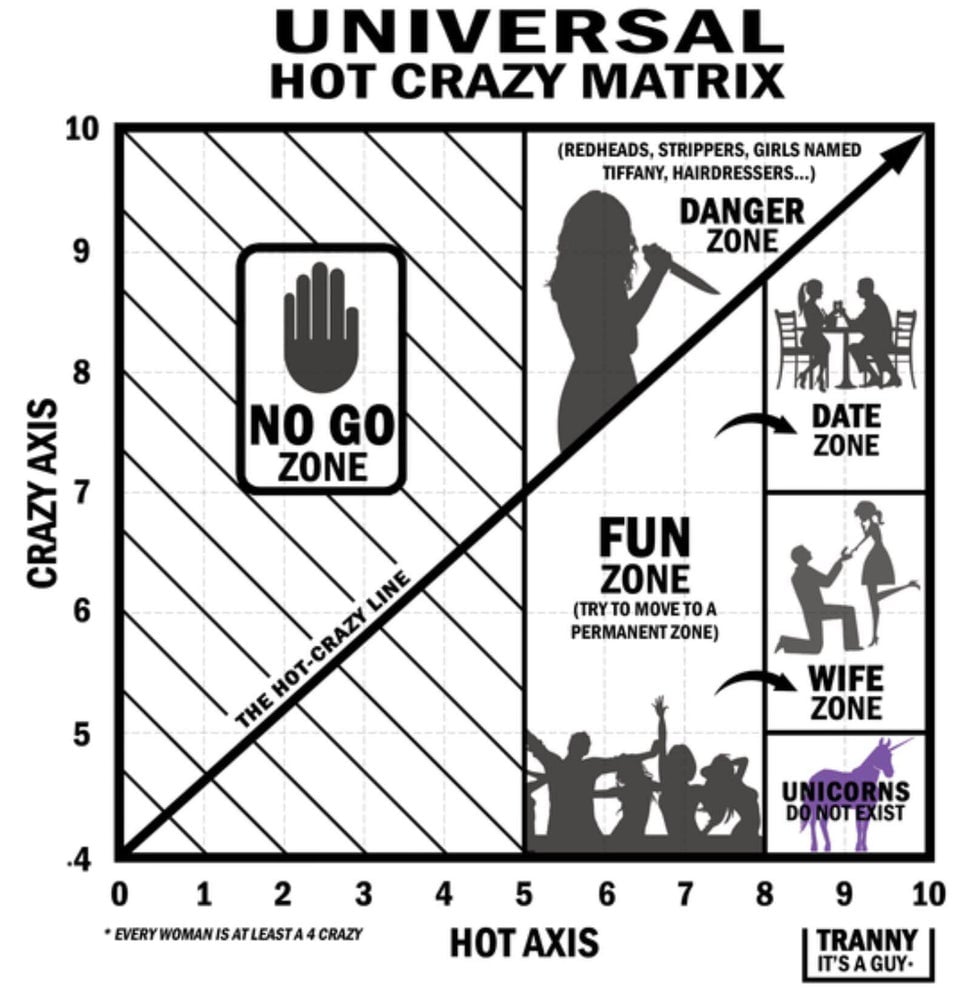 What exactly are you talking about?

I'm "Christian" and personally have had multiple opportunities to commit adultery. One time (when I was single) it was with a good friend's wife. She came onto me hard, took off her shirt and put her naked tits in my face. I refused to play. A more recent op after I was married, I was away on business and a woman came onto me. I probably easily could've gotten away with it, there was no one around for miles that knew me and my wife was hundreds of miles away. I said no thanks. That's just a couple examples (could give more).

In both those cases, the women were attractive. I had a freaking boner as my friend's wife was putting her tits in my face. The only thing that kept me from playing in each one of the situations was my beliefs on fidelity and morality.

And I'm sure I'm not the only Christian that cares very much about fidelity and morality.

Not to get preachy, but Jesus said that not everyone who calls themselves a Christian, legitimately is one. The Zobrist bitch and the false pastor seem to fall into this category.
Definitely an incomplete discussion,
Mad Mike : 7/20/2021 1:38 pm : link
until we got someone sharing their erection history.
RE: Definitely an incomplete discussion,
Dr. D : 7/20/2021 2:13 pm : link
In comment 15308787 Mad Mike said:

Glad I could help.

I won't go into my complete erection history (too many chapters) but if I did, it would start something like this:

Chapter 1: I woke up one morning when I was 12 and felt different. I wondered to myself, was my wiener for more than just whizzing? Before I knew it, a snot like substance started flying. I thought what the heck is going on?!

To be serious, my point was that I didn't reject my friend's wife bc she was unattractive (she resembled Cameron Diaz) or didn't turn me on. It was actually HARD to resist her, but I did so, specifically for moral reasons.

I was responding to the poster above who said "everyday Christians don't care about infidelity and immorality".
RE: RE: Definitely an incomplete discussion,
BigBlueShock : 7/20/2021 3:00 pm : link
In comment 15308828 Dr. D said:

I’d love to know the truth on how you, as an apparently devout Christian, let a situation get to the point that you were not only alone with your good friends wife, but she felt comfortable enough with the situation you two were in at the moment that she took her shirt off and put her titties in your face.


Was thinking the exact same thing. The hypocrisy is real. Or completely exaggerated in some sort of weird flex.
Looks like the wife
Bricktop : 7/20/2021 3:42 pm : link
even took $30,000 out of an account that Zobrist didn't monitor. What did she use that money for you ask?


A party for the "pastor" scumbag where they were seen grinding and dancing all over each other. Praise Jesus!
Is that a cross in your pocket or you just happy to see me? - ( New Window )
Oh come on B
BigBlueShock : 7/20/2021 3:53 pm : link
You telling me that’s never happened to you? You know, sitting around having a private bible study with your good friends wife, just the two of you and suddenly a set of DD’s are kicking the shit out of your face?

Huh. I’ll be damned. I thought that’s happened to all of us a dozen times or so.
When one..
FatMan in Charlotte : 7/20/2021 3:56 pm : link
calls themselves a devout Christian, the Principle of American Idol comes into play.

Instead of letting their singing proclaim them as idols, they self-proclaim it before getting in front of Simon Cowell and sounding like stuck pigs.
RE: Oh come on B
Bricktop : 7/20/2021 4:02 pm : link
In comment 15308890 BigBlueShock said:


Nah. I'm not as suave and desirable as the Doctor here. Or should I say The Love Doctor.


If you really want to know: it was during a party at their house. I went to the bathroom to piss. My friend's wife must have seen me go into the bathroom and just walked right in and locked the door. She said my friend had passed out and she's had the hots for me or whatever. Then the titties came out, etc.

I agonized over whether I should tell my friend or not. They had a little daughter.

I didn't know what to do. How do you tell a friend something like that? I didn't want to be part of the breakup of any family, especially that of a friend. I just hoped the wife would get her shit together.

There was another incident and I tried to talk sense into the wife. Told her she would really regret it if she wrecked her marriage (my friend was a good guy, good husband and father).

He walked into a room while I was telling her this, but I don't know if he knew that's what was happening. I later asked him if he wanted to talk about it and he declined. I ended up getting new job and moving not too long after.

The situation destroyed their marriage and my friendship, but I can honestly say I did what i thought was the right thing (morally and at least what I thought was right for my friend).

Should I have come right out and told him his wife was a slut trying to do me? I still don’t know. Like I said, I was hoping she would stop and their marriage/family would be ok.

Once again, my response was to the one who said above:

My response was to Harvest Blend who specifically called out Christians for not caring about infidelity or immorality.

Exactly. I don’t need religion to tell me that banging my friends wife or cheating on my wife is wrong. And I damn sure don’t need religion to convince me not to do it. The mere thought of how it would destroy the people that I love is enough for me. Too each their own, I suppose. Whatever gets you through the day.
Now that
Bricktop : 7/20/2021 7:02 pm : link
my wife is gone, I haven't had any desire to be with another woman. I still feel like I'd be cheating on her. And that's without religion in my life. Pretty cut and dried to know right from wrong. But it's so often the case that the "religious" STILL can't figure that shit out. And then there is this moral indignation or high ground they deploy that is the height of hypocrisy. Some of the most judgmental, self-righteous, close-minded and intolerant people I know are deeply religious.
...
SFGFNCGiantsFan : 7/20/2021 7:03 pm : link
I love these people who act so religious publicly, but are cheaters, etc. behind closed doors. I have more respect for people who don't put any pretenses, but still screw up. At least they're honest about who they are & aren't, if that makes sense.