Neither Longenhagen or Goldstein felt Rocker fell as much as being portrayed. Both had him in the 6-8 range with Bachman being the only name they mentioned as a clear “lesser” prospect. Both felt the “drop” storyline was due to recognizable name and NY media and teams had Rocker about where he went
draft signings
KDavies : 7/20/2021 10:53 am : link
this is what I've seen so far. Anything I'm missing?

This is the Tampa Rays' Low-A team. They recently promoted some players up to Bowling Green -- 3 pitchers including John Doxakis (pitcher of the month), and an infielder named Curtis Mead, who was leading the league in hits. He's an Aussie obtained in a trade with Phillies.

My buddy is a Braves fan, so we went to a few of the 'Dogs games against the Augusta Greenjackets last week. He was telling me about the 'Jackets Pitching staff with Tanner Gordon and Joey Estes. The Dogs' took both those guys behind the woodshed. They bludgeoned Gordon 22 - 0, and then beat Jared Johnson 14 - 2.

and Tampa's Farm System and their Scouting Dept are the Gold Standard. They make smart trades, they draft well and they develop players at every level. Even after promoting their best players, the team still kept winning.

Baseball is fun when it's played at an .800 clip.
.
DanMetroMan : 7/20/2021 12:58 pm : link
Per @ByRobertMurray
Cole Hamels was impressive at his workout and has numerous teams interested

@Metsmerized
wish they'd have been as cautious with JDG and Thor (and Carrasco)
Eric on Li : 7/20/2021 3:16 pm : link
obviously not shutting down for the season just not letting all 3 of them push so aggressively just to play in the first half of the season.

Opposite for Mauricio it seems.. 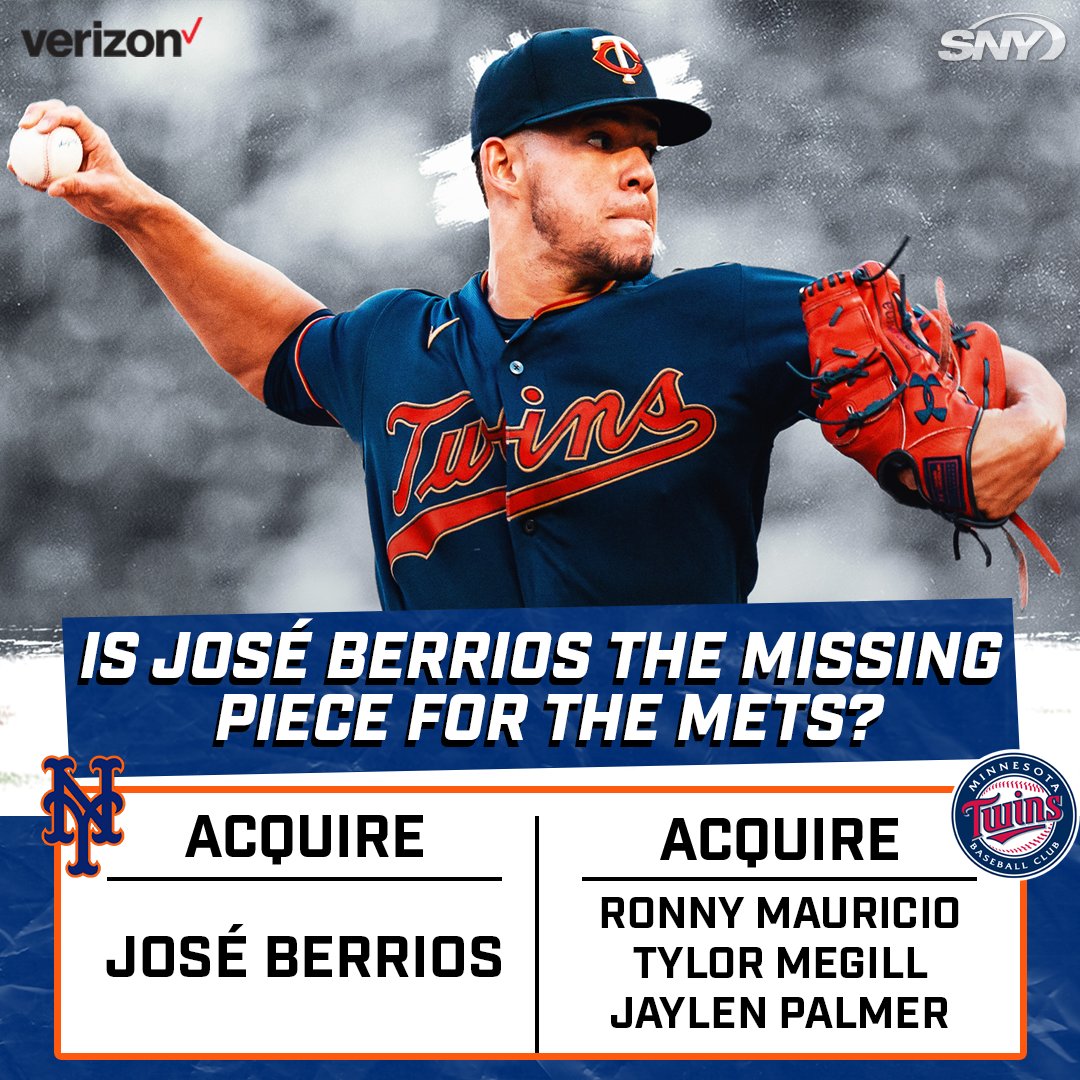 I'd rather roll Megill out there every 5 days than give up those three.


No interest at that level. That's Baty/Mauricio/Megill. Hard pass.
And
DanMetroMan : 7/20/2021 3:57 pm : link
the late comers can jump in and say "well it doesn't mean they will get that!". I fully understand that, I'm just telling you what they are asking for as of the last few days.
all the Mets need in the rotation
KDavies : 7/20/2021 3:59 pm : link
is a Merrill Kelly/Tyler Anderson type. Kelly maybe a little costly because of his contract, but should still be able to get him for a Palmer/Santos type package as we have discussed. Anderson for less.


Anthony DiComo
@AnthonyDiComo
·
28s
Jacob deGrom (right forearm tightness) is "improving," per Luis Rojas. "Some of the tightness has diminished and some of the range of motion has gotten a little better."


Would Braves ever trade Charlie Morton? Could Morton handle 1/3rd of a season and the postseason a little further from home?


Maybe but 9 coming up vs. Phillies/Mets so they likely wouldn't move him before seeing what that looked like.
Not
DanMetroMan : 7/20/2021 5:08 pm : link
the best look