Steve L : 7/22/2021 1:56 pm
Future Mrs SteveL and I get married on November 27. We are going to Boston for a couple days right after that for a mini trip before our actual honeymoon in March. She doesn’t want to do anything historical so all the stuff I want to do is out. We are taking a tour of Fenway and Sam Adams brewery which should be cool.

What section of Boston is good to stay in? She wants to be around fun places and beer. One hotel she found is in the South End, another in the North End. Are either a good section of the city? Any recommendations on areas of the city to be in?

What else is there to do in Boston? Places to eat and drink.

Thanks all
just got back from Boston
John in Loudoun : 7/22/2021 2:35 pm : link
The weather wasn't great for the couple days we were there but had excellent dinners at Neptune Oyster and Limoncello. We wanted to do the ghost tour and maybe whale watching, but weather said no. Ended up just doing lots of shopping.
Pretty much you will get around on the T
Matt in SGS : 7/22/2021 2:41 pm : link
so you will want to stay somewhere near a T stop. I'd suggest staying in a hotel near Kenmore or Copley. It's kind of in the center of the action of the city.

You'll want to do the usual of walking the Freedom Trail, particularly if you like American history. I'd look into a duck boat tour. Go visit the colleges (Harvard, MIT, and of course my alma mater, Boston College). New England Aquarium is world class.

Good Italian food in the North End.
Ive stayed at the Bostonian a few times and always liked it.
j_rud : 7/22/2021 2:54 pm : link
Its right across the street from Faneuil Hall, walking distance from Boston Common and the aquarium. One of the things I always try to do is take a ride to the Decordova Sculpture Park. Its about a half hour outside the city but a really cool trip.
Back Bay
redwhiteandbigblue : 7/22/2021 2:55 pm : link
A bit pricey but recommend the Copley Marriott. Stayed there dozens of times. Prudential T stop across the street, Boylston and Newberry streets 2 block walks. In the middle of everything plus connected to Prudential Mall and Copley Mall. Very walkable to Fenway. Did it dozens of times. Maybe a mile and a half, no hills.

I'd try for the North End if you like Italian food. If you want
rnargi : 7/22/2021 3:00 pm : link
nightlife and to go to some timeless clubs like the Paradise or Middle East, then you want to be closer to Cambridge. Southie has tons of great Irish bars and Beer Gardens. I highly recommend JJ Foley's, The Blackthorn, and L Street Tavern.But as mentioned above, you can get anywhere on the T.
We usually stay Back Bay because it's more central.
Heisenberg : 7/22/2021 3:11 pm : link
Usually Back Bay Marriot or Sheraton.

Also stayed at a boutique hotel called Hotel Marlowe which is good for a romantic weekend kinda vibe (link below). That place had free kayaks to borrow and we kayak'd the Charles right from the hotel (might be too cold lol).

Lower Depths is a great beer bar near Fenway. Bukowski's is a good touristy dive bar - stop in and spin the wheel.

I have a soft spot for Cambridge Brewing Company, where the beer is fantastic IMO and the chef is a family member. Really good food.

Do brunch at the Beehive on Tremont st.
Hotel Marlowe - ( New Window )
Kimpton Onyx
JonC : 7/22/2021 3:14 pm : link
Agree with Matt. The historical stuff is some of the best stuff to do in Boston. North End for food, Faneuil Hall, Back Bay to stroll around, walk past Fenway and Lansdowne St, Newbury St for shopping.
The South End is where I live
Bob from Massachusetts : 7/22/2021 3:20 pm : link
There's a hotel a few blocks from our apartment called the Revolution which is kind of a trendy place. That said the best location is centrally located so you can walk to the North End, Cambridge, the Back Bay/Copley. South End is good for the Back Bay and pretty close to the T but not so good walking for the other locations.

As someone else said, being near a T stop makes it easier, and it would probably be cheaper away from downtown a bit. There's obviously a lot of choices. Frankly if you got an Airbnb close to the Commons, that would probably be your best bet. The hotels are like the Ritz-Carlton and similar. Thinking about it, the Revolution is not a bad compromise. I would also think about the Royal Senesta in Cambridge which is right on the Charles near Kendall Square so very pretty and also in a reasonably good location. I think there's a new boutiquey hotel in Beacon Hill since that is great location to get around. I don't remember the name.

Have fun!
Congrats on getting married first off
Shecky : 7/22/2021 3:51 pm : link
And right off the bat, "She doesn’t want to do anything historical so all the stuff I want to do is out." - I literally laughed out loud - you're a good man and quickly learned the key too a good marriage!

Different sections of Boston: Navy Ships, 300 year old shit, Little Italy, Sports/Fenway, walking around (Beacon Hill/Back Bay), Museums, Universities with Museums, High end restaurants vs awesome hole in the walls, outer islands ie Cape, etc. Probably missed some, but that's the jist of Boston. Pick from above, and you will get amazing ideas from the fellas that know Boston inside and out here.
lobster ravioli
cactus : 7/22/2021 5:11 pm : link
at rino's.
i couldn't give you a stronger recommendation anywhere on planet earth
RE: lobster ravioli
Bleedin Blue : 7/22/2021 5:23 pm : link
In comment 15310598 cactus said:

One of my fave restaurants anywhere is I’ll Panino in the North End, on Parmenter St. You won’t regret it.
She doesn't want to do anything historical? Lol. Dufuq?
Tim in Eternal Blue : 7/22/2021 6:26 pm : link
I just got back from Boston. Absolutely loved the city. Gotta walk the Freedom Trail and Harborwalk. Even if she doesn't like history, she will get to see the city and you'll get to enjoy the best part of Boston. For real, it's fantastic. Go to Cheers, drink brew at the Beantown pub, eat a Boston creme pie and canole at Mike's Bakery.

punch him in the face. 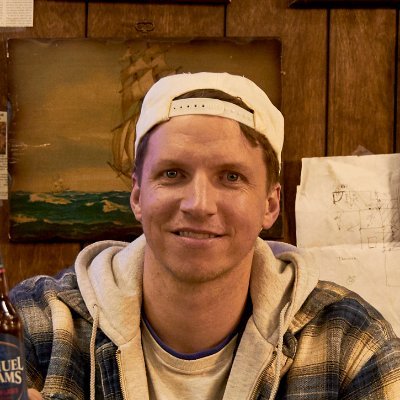 Welcome to Boston
Giantimistic : 7/22/2021 7:32 pm : link
First off, you cannot avoid doing historical in Boston. It is an amazing walking city and every where you look is history from the architecture to everything on the freedom trail. You do not need to do any tours--just walk around and enjoy.

Some added fun you can do is take a boat ride to the Boston Harbor Islands: https://www.bostonharborislands.org/ Great on a hot day and cheap ferry ride.

Also, Boston has a great Aquarium but not cheap. You can also go on a whale watch as well. I have been on a few with some great success and some poor showings.

Cambridge is great to walk to walk around as well, along the charles and some excellent food.

Make sure to eat seafood in Boston, lots of great choices.

I live in the North End for a bit and it is great. Once again walking around you will run into a lot of history. I used to live right by Paul Revere's house. There are some really good deli's in the North End. I am a fan of some of the simple north end restaurants like Carmen's Giacomo's and the Daily Catch. I have heard great things about Neptune Oyster House.

Faneuil hall is touristy but great for a quick snack.

The Seaport District has been reinvented the past few years--very pricy and trendy with some big hotels--conference centers. Boston Harbor Hotel and Downtown Marriot are in good locations. The hotels are pricy downtown. There is also the Intercontinental.

You can grab some lobster rolls at James Hook or Lukes Lobster.

One of my favorite Mexican restaurants is in a mini strip mall by TD Garden called Viva Burrito--not fancy but great and made to order.

Chinatown has some great options if that is what you are looking for.

My sushi spot is Genki Ya, but has some mixed reviews for some. There are some very highly rated sushi restaurants to look up.

My Indian go to is India Quality in Fenway area.

My falafel go to is Falafel King.

There are a lot of well rated steak houses.

Legal Seafoods is popular and every where. I do like it but not extra special.

You can also take some quick trips out of the city to Sommerville and Cambridge. Very good food there. Central Square Cambridge has all outdoor eating now.

Some longer train rides to Salem, Newburyport and Rockport are good day trips.


The Restaurant in Fenway is actually called Indian Quality. They picked good name because it is quite true.

Outside of Fenway if you cross the river to Cambridge you will find a lot of well rated Indian Restaurants. Also, you can look at Nepalese Himalayan food. I started eating that a few years ago for the first time. An interesting mix of Indian and some Chinese influences. Most restaurants I have tried are completely different but love the momo. Lots of these restaurants in Sommerville.
Indian Quality. - ( New Window )
Thanks Giant
Shecky : 7/23/2021 11:10 am : link
Appreciate the info, will def try it out
RE: Welcome to Boston
Dr. D : 7/27/2021 8:08 pm : link
In comment 15310726 Giantimistic said:

Great info, Giantimistic. I just arrived today in Boston with wife and kids. Already did some research, but your post is very helpful. Thanks!
Boston
GF1080 : 7/27/2021 8:17 pm : link
Been to Boston quite a few times as sister lives there.

As mentioned the Seaport has totally been re-done and is quite a fun place now where everything is new. Boston is so small you can really walk quite anywhere if you don't mind putting in some steps.

For best beer in Boston get to one of the Trillium locations.

Southie has even become a bit of a hipster destination with some decent bars there.

Head over to Cambridge one day lots of good stuff there.
Lived in Boston for a decade
PatersonPlank : 7/27/2021 11:52 pm : link
I think most of what you want to do is mentioned above:

- Party in the Back Bay on Newbury St and Boylston St
- Hit the restaurants in the North End for great Italian and Mikes/Cafe Vittoria for desert and Amaretto.
- Seafood places abound, but skip Legal (its to "chain" now).
- Party in Fanuel Hall, Back Bay, North End.

Where do you want to stay? The Cadillac way to go would be the Four Seasons on the Public Garden/Boston Commons. Very expensive though.