At face value, I think it's a little of both right now...I think Lemieux is going to be a really good player, despite his struggled in pass pro as a rookie.

If I'm the coaching staff, he's going to play because he's going to get better with reps. We know what Looney is. All things at face value (and based on Shane's rookie season), I think Looney is the better pass pro, and Shane is the far better run blocker.


You do realize Dallas currently has more cap space than NY. This had nothing to do with money.

Dallas didn't resign Looney because it has other younger options on the team.
I'm sure none of these guys are signing without
Bill in UT : 7/31/2021 7:26 pm : link
being told what their status will be- whether they are being given the job, having to compete for it, or being brought in as a backup. We don't know, but they do.
Dallas fanatic friend had this to say
5BowlsSoon : 7/31/2021 7:28 pm : link
For what it’s worth,


Looney being available has nothing to do with Dez Bryant or Dak Prescott.

And who is the back up tackle on the NYG that can play on both sides?

Are you okay or is this normal?


Eeh...I wouldn't overreact that far..it's definitely a quality guy to have in camp right now...but perhaps this is more indicative of the fact that Harrison is not healthy and the depth behind him at center is as raw as it gets.
Harrison
Joe Beckwith : 7/31/2021 9:42 pm : link
might be an Injury settlement very soon.
I think the organization wants to really hit the ground running at the start of the season, and with our OL in a difficult situation currently, the dream of:
AT-SL-NG-WH-MP at OL may now be
AT-WH-JL-NG-NS until Lemieux and Pearl are a healthy GO.

Good signing.
Good signing
Lines of Scrimmage : 8/1/2021 6:44 am : link
Potential starter who has vast experience in the NFC East.

I think they play with combos during the preseason and the best players will play. Good point regarding Harrison and his injury.

Very early but Judge had some positive comments on Heggie. Not sure if they have that "protection" of a couple players on the practice squad anymore but if they like one of the UDFA lineman that could be a factor as well.
RE: RE: This is a crazy signing
Gman11 : 8/1/2021 7:33 am : link
In comment 15318474 Jimmy Googs said:

And it does go to the heart of the biggest omission risk this off-season. christian, bw, Jimmy Googs, naming some of DJ's biggest detractors, are also names most concerned with the performance of the worst unit on the Giants' roster last year. As well they should be. I am with them.

The 'there were other spots to fill' complacency, or, 'if it doesn't sort itself out this year, we'll re-up in 2022 along with a new QB' complacency is inexplicable to me. Without at least an NFL mediocre (not 31st, but in the low 20s, maybe, hopefully?) OL, your key offseason adds (KG, Ross, Rudolph, Toney), your putative franchise QB might just as well crash and burn, a misapplication of resources that might negate all the other off-season moves.
Thrilled with this move and for Lemieux to get back soon.
Signing Looney says less about the Lemieux situation...
Klaatu : 8/1/2021 10:53 am : link
And the overall emphasis (or lack thereof) on upgrading the O-Line, and more on the situation with Jon Harrison, in my opinion.

With Harrison on the shelf, Zach Fulton has been taking snaps at OC, along with Bret Heggie, but Gates is still clearly the starter. Fulton hasn't played OC in four years, and I doubt Heggie is ready for prime-time, so what was needed was a more experienced backup OC, hence the interest in Austin Reiter and the signing of Looney.
RE: Signing Looney says less about the Lemieux situation...
Jimmy Googs : 8/1/2021 11:05 am : link
In comment 15318813 Klaatu said:


With Judge's push for having his lineman be versatile and even some rotation, it is a bit difficult to figure out what is going on here at the moment on the interior line.

The only thing that seem to be fairly clear is that Judge really likes Nick Gates and Shane Lemieux.


Agree, but also wonder if he wouldn't beat Lemieux out for a G spot at this point in time. If Lemieux hasnt made significant strides Looney is the better player. And thats completely possible, in fact its pretty clear the team was counting on it. We'll just have to wait and see. But the injury certainly doesn't help.
RE: RE: Signing Looney says less about the Lemieux situation...
Klaatu : 8/1/2021 11:15 am : link
In comment 15318819 Jimmy Googs said:


Versatitlity is nice, especially if extreme circumstances call for some major shuffling, but there's something to be said for consistency and continuity, too, which is why I'd like the Giants to keep Gates at OC (unless they draft the next Alex Mack in 2022). It'll make life just a bit easier for Jones. I don't think that's too difficult to figure out. The Lemieux injury puts LG in a little flux, but they've got a few more weeks to figure out what's what, who stays and who goes.
Yeah, I actually wouldn’t mind everybody on the interior and tackle
Jimmy Googs : 8/1/2021 11:23 am : link
getting plenty of snaps with the first team, and moving them around.


They do have options at LG if Lemieux is out for more than a couple of weeks. They may not be ideal, but they do have them. What they don't have is a bona fide backup OC, which accounts for interest in guys like Looney and Reiter, and not, say, in guys like Trai Turner or David DeCastro.
RE: RE: RE: Signing Looney says less about the Lemieux situation...
ColHowPepper : 8/1/2021 12:02 pm : link
In comment 15318830 Klaatu said:
Don't sleep on 'Pio. 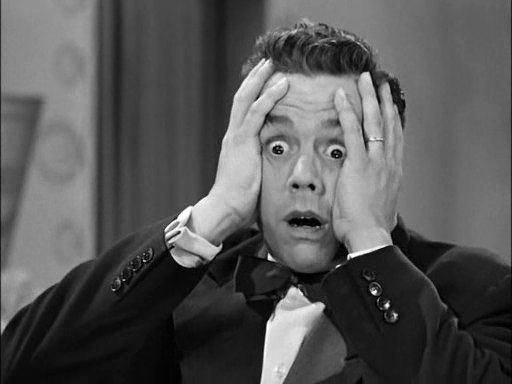 Great to have versatility if called upon.

I feel like Gates is the primary C unless the G situation is so banged up, they opt to use Gates over and use Looney at C.
We shall see. But just feels like the combination of a decent Center
Jimmy Googs : 8/1/2021 8:13 pm : link
like Looney or Reiter and Gates at Right Guard is better then Gates at a center and a below average Right Guard.


If you never saw Stand By Me I can't help you. You missed out. Haha.
Assuming Hernandez and Lemieux are the starters, and Heggie is raw,
Ivan15 : 8/1/2021 11:36 pm : link
How would you rank these 6 candidates for G and Center. Considering the ability to play multiple positions, experience, and age, I would rank them as 1) Fulton, 2) Looney, 3) Harrison, 4) Wiggins, tied with 4) Slade, and 6) Murphy.

I think Fulton had a bad 2020 on a messed-up Houston team, but he is a little younger and has more starts than Looney. Harrison has more recent starting experience than Wiggins. Slade and especially Murphy need game experience.
RE: Thank you, Dez
Gatorade Dunk : 8/2/2021 8:47 am : link
In comment 15318495 Grizz99 said: