NFT: NHL Thread: Season Less than a Week Out

A lot of things to discuss:
1. Eichel activity picking up (LAK, NYR and LVG the rumored landing spots) I read yesterday it's beyond medicals at this point and the teams involved have seen them and are comfortable they have a treatment plan.

3. Rule changes: not much, mainly just stricter enforcement of cross checking. Not sure how it will manifest, but my guess is two places - along the boards and in front of the net where cross checking has become almost an accepted method of play will become a penalty - early in the season expect a lot of those calls

4. Obviously COVID protocols, and cross border. The NHL has a lot of protocols for unvaccinated and fines or suspensions for missing those protocols, I'm not clear on all of them yet, but I do know in Canada if you are not vaccinated you cannot leave the team hotel for anything except team activities. Not sure if that's true in the US too.

No idea how the refs saw that.

MTL no offense, no pressure, soft in their own end

now short-handed the rest of the game

The top 2 picks in the draft (Owen Power and Matty Beniers) are playing for Michigan in NCAA.


no, but I did check that too, but the other guy was spelled differently (Craig MacTavish) 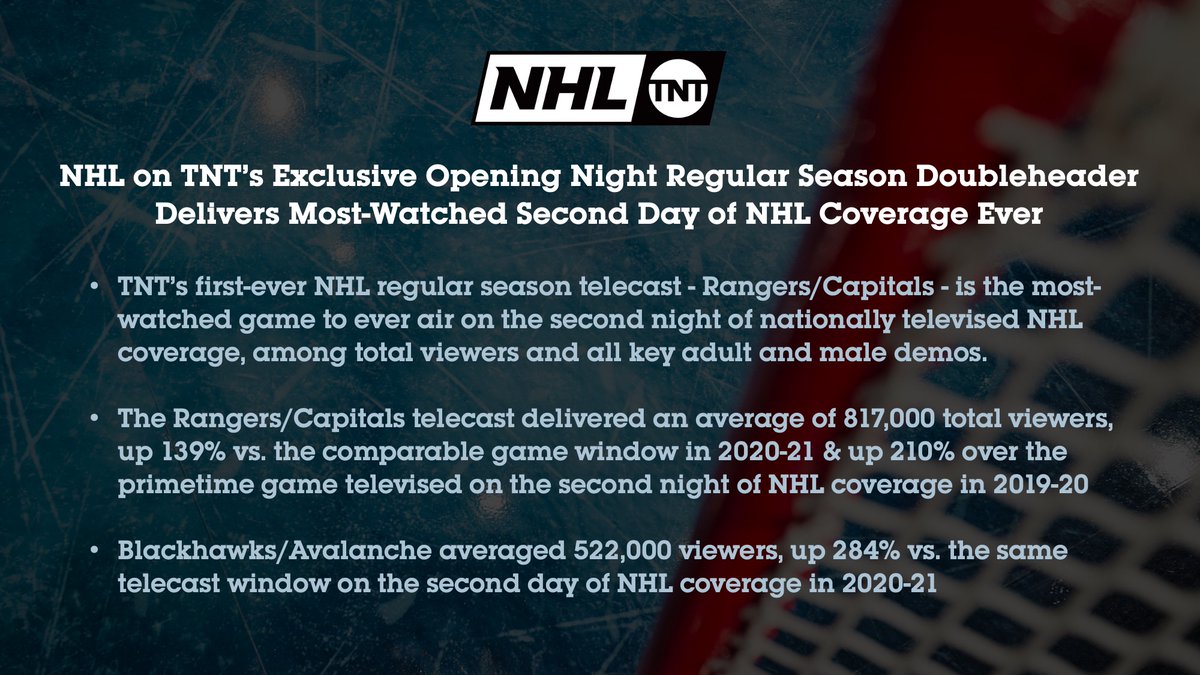 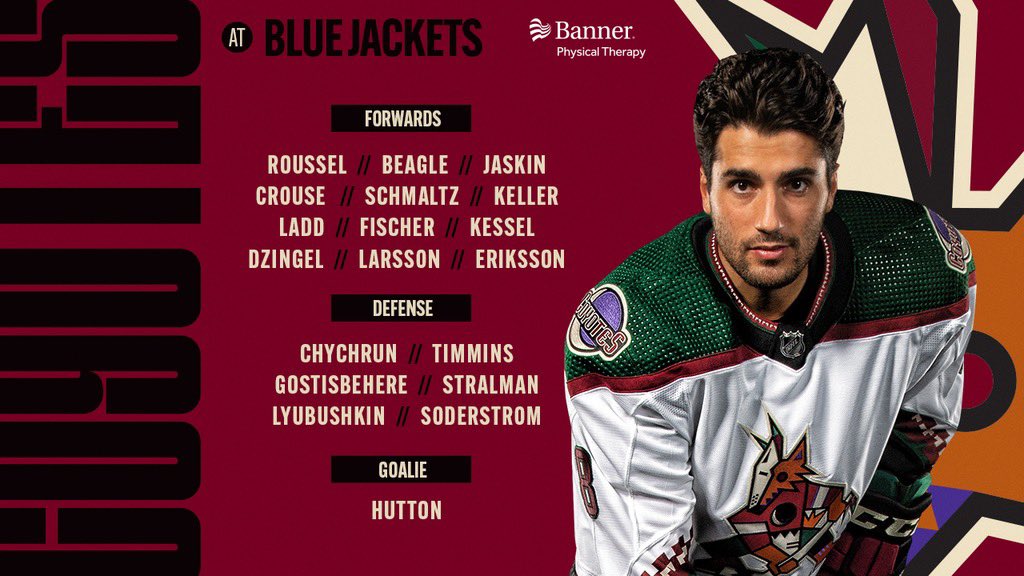 
Now down 4 - 1 to BUF, this may be a long year for the Habs.
Dougie Hamilton
Jay on the Island : 10/15/2021 7:49 pm : link
scored 17 seconds into his debut with the Devils.
Just got home an watched the Devs game on dvr
Stu11 : 10/16/2021 12:15 am : link
Lots of good. Horrific to blow a 3-1 lead in the last few minutes, just can't happen. However great to have Jack get that classic to end it in OT. That's just a play he wouldn't have had the patience to finish the past 2 years. His other goal was a classic goal scorer's goal to on the spin around. Obviously as Jay pointed out great debut for Hamilton. Mercer had a solid debut too. Devs have 5 in a row at home to start the season would be really huge for a young team if they got off to a great start.
Stu
Jay on the Island : 10/18/2021 9:57 pm : link
The Utica Comets had their first game yesterday and Alexander Holtz did not disappoint. He had two beautiful goals with Reilly Walsh picking up 3 assists. Nico Daws, by far my favorite goalie prospects in the system, was excellent with 25 saves in the 6-2 win. That's the most exciting AHL roster the Devils have had since I began following hockey.
RE: Stu
Stu11 : 10/19/2021 7:58 am : link
In comment 15420616 Jay on the Island said:

Yeah I saw that. I don't think Holtz will be down there long. He's gonna force the Devs hand. They always struggle for goals and they'll eventually have to bring him up especially if one of the top 6 gets hurt. Daws may have a strong future in the organization.I think they are starting to sour on Blackwood with the injuries and now the vaccination situation.
Heavyweight
pjcas18 : 10/19/2021 6:18 pm : link
bout yesterday between Lucic and Deslauriers

losses to BUF and SJS that were not close at all.
Devs Beat the Kracken 4-2 Dawson Mercer gets his 1st
Stu11 : 10/19/2021 11:46 pm : link
Unfortunately the story of the night was Jack Hughes getting hurt. Tough play along the boards, Jeremy Lauzon followed through on a hit and lifted him off his skates. Injured his shoulder falling hard. Not a dirty hit and Ruff said so in his presser, but I don't like lifting a guy off his skates in such close proximity. Especially since Lauzon lifted his own skate for leverage. Oh well Hockey is a tough game. Just hope Jack isn't out months. He was off to a flying start.
At least they have Bobrovsky at
pjcas18 : 10/20/2021 8:45 am : link
a huge number for way too long 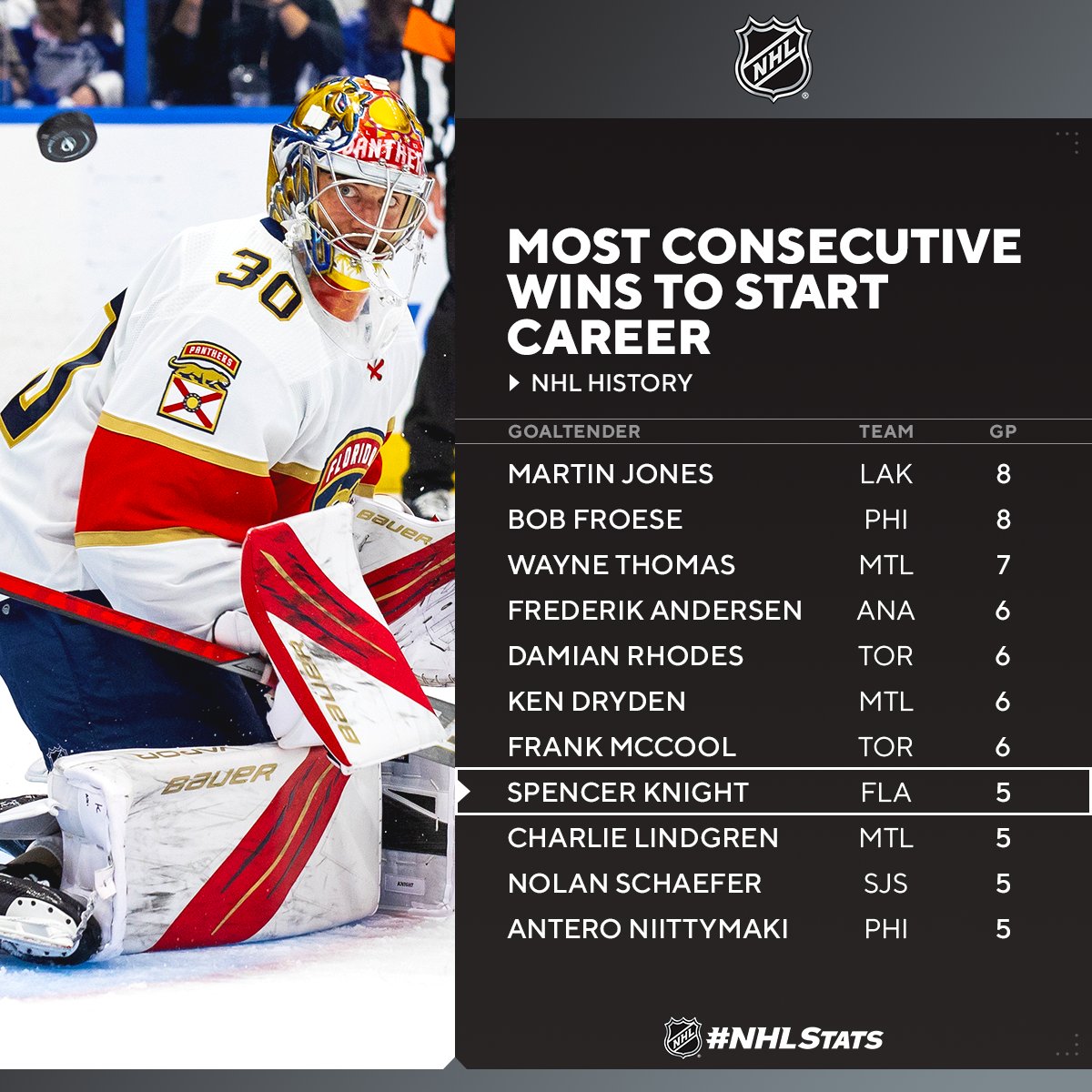 
for now, Knight is backing up Bob (but it's only been 3 games). Florida can win a stanley cup this year IMO

anyway, I am not convinced TBL repeats last year (don't forget I think CAR won the central, not TBL, TBL came in 3rd).


Still no clue why CAR traded Nedeljkovic. I don't hate Freddy Anderson, but Nedeljkovic was great.

I agree they regressed a little, but hey they are paying Kotkaniemi 6M for 3rd line production on a 1-year deal to screw the habs.

(I also forgot CAR was back in the metro, lol)

I think the Atlantic is the superior division this year.
Yeah Florida is gonna have a great year
Stu11 : 10/20/2021 10:13 am : link
Especially if Bob keeps playing like this. If he's on his game they probably have the best goaltending duo on the league. I think you guys are underestimating Carolina. To me they have a very 90's/2000's Devil's quality to them In that the system is the important thing. We always used to lose guys every off season but never missed a beat.
RE: Devs Beat the Kracken 4-2 Dawson Mercer gets his 1st
Jay on the Island : 10/20/2021 10:39 am : link
In comment 15422231 Stu11 said:


Let's hope that it's not serious because losing Hughes is a massive blow to the Devils slim playoff chances. Everyone is wondering if Holtz will be called up to replace Hughes but I think the Devils will bring up Boqvist instead.
Hughes
pjcas18 : 10/20/2021 11:10 am : link
looked like a completely different player.

Shows some players it makes sense to develop in the NHL others would never have grown like Hughes did being up against bigger, stronger players.

To use the cliche it seems like the game has slowed down for him.

Contrast Hughes development with someone like his old friend and USNDTP linemate, Cole Caufield.

I also noticed Cole Caufield improved significantly in areas I didn't think he'd improve. I thought Cole would be *just* a sniper (which would have been fine) - Caufield's wrist shot is as good as I've seen, but I never expected his skating would improve the way it has. he is a legit burner out there now.

Caufield spent two years at Wisconsin in NCAA, Hughes spent 2 years in the NHL. Both got good outcomes (so far).
you want to add another example
pjcas18 : 10/20/2021 11:22 am : link
Kirill Kaprizov, last year's Calder winner, though he was a 2nd round pick, in 2015, he spent 4 years in the KHL post draft before coming to NA and joining the Wild.

sometimes staying home as a 18-21 year old, the maturation years for some, makes sense.

He was 23 before he came over to the NHL.


agree. would have been cool to see if he went to Michigan (?) or wherever he committed to for NCAA how he'd be if he made his debut this year.

to clarify though, while I agree he had no business being in the NHL at 18, I had watched him play for years and his talent was clear as day, but seeing him on draft night looking like Kathryn Tappen's young son where she towered over him (in height and body lol) on the stage was a little I don't know jarring I guess. but maybe those two years in the NHL when he didn't belong there helped make him the (dominant) player we saw these first couple games.

True, I'm glad that it wasn't detrimental to his development. The Devils were wise to let Luke Hughes play at Michigan for this season. They can evaluate his performance in college and decide in a year whether he is ready for the NHL.
Sounds like worst case
pjcas18 : 10/21/2021 10:49 am : link
avoided, no timetable given (other than when he will be re-evaluated) which isn't great, but could have been a lot worse.

New Jersey Devils
@NJDevils
·
26m
#NEWS: Jack Hughes suffered a dislocation of his left shoulder and will not require surgery. He has begun physical therapy.

Better than expected but still a little disappointing. I thought for sure that he broke his collarbone which would have kept him out 4-6 weeks.
Joel
pjcas18 : 10/21/2021 7:52 pm : link
Edmunson likely out of the year to deal with personal matters (his father is sick).

MTL is in trouble. 2 top 4 D gone for the season, Price gone and they weren't a talented team before that.

They scored 1 goal again, now have 4 goals in their 5 games.

They did have a goal called back that was a horrible goalie interference call IMO, but no offense at all.
Here is the goalie interference
pjcas18 : 10/22/2021 12:12 pm : link
call, with skates outside the blue paint I have a hard time agreeing with this call.

Yea your team is looking pretty dreadful so far without those players. At least you have a real shot at Wright.
The Devils are in deep trouble as well
Jay on the Island : 10/22/2021 5:22 pm : link
They looked very poor last night without Hughes. Ruff makes things so much worse by moving McLeod to the second line center role instead of Mercer and then after the first period moves Sharangovich to the 4th line with Gauthier and goon Geersten for some reason.