Twtunes : 10/7/2021 6:37 pm
I very rarely listen to the radio anymore. However I turned it on for a few minutes and heard Max K and Keyshawn J talking about Daniel Jones with one other person, not sure who he was. They said yeah he is playing better hes considered an NFL starter now. Then Max said he now considers him to be middle of the pack. Then Keyshawn and some other guy are like whoa no hes still towards the bottom. Then they started naming QB's who he would be better then division by division. He wasn't better then a single QB in about (2) divisions then they got to the panthers and said hes not close to Sam Darnold??? I immediately shut off the radio, as I always seem to do. Am a crazy homer or would you say DJ is in the middle of the pac as he has played this year? He must be better then Sam Darnold right? I feel like i am watching a good QB, not in the top 10 yet but better then Sam!
That morning show is unlistenable
Jints in Carolina : 10/7/2021 6:40 pm : link
.
Why do you people listen
bLiTz 2k : 10/7/2021 6:42 pm : link
to that crap to begin with.

Neither has proven to be consistent enough to sniff the top-8. Hopefully our guy keeps improving and solidifies himself near #10. That would be a considerable jump. I'm also pulling for Darnold. Seems like a nice kid.
There is
joeinpa : 10/7/2021 7:25 pm : link
A negative bias towards Daniel ever since he was drafted higher than the “experts” predicted, he can’t be a success, that would mean they were wrong and that buffoon Gettleman was right
Max is
Scooter185 : 10/7/2021 7:29 pm : link
Supposedly a NY homer so if he's only seeing middle of the pack, how are the non-homers supposed to see him?
RE: yes you're a homer
Big Blue '56 : 10/7/2021 7:30 pm : link
In comment 15402568 Producer said:

But I have the same exact questions about Darnold that I have for Jones - can he sustain his good play? 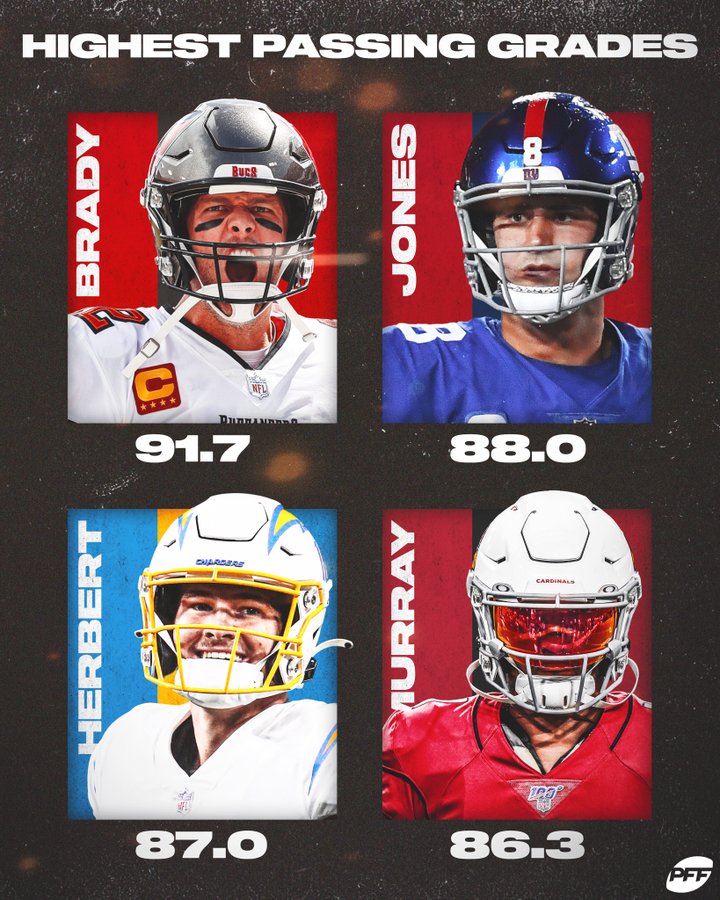 Football isn't Kellerman's forte
DroppingDimes : 10/7/2021 8:43 pm : link
And KJ says a lot of dumb shit. Jones came into this season a better QB than Darnold, and he's continued that this year.

I expected that Jones would prove himself to be a top 10 QB by the end of the season, and he's exceeded my expectations thus far.
One should understand that…
knowledgetimmons : 10/7/2021 8:55 pm : link
1. They are a business, in radio
2. The show has a producer, and their name isn’t in the show’s title
3. Advertising is their profit center
3. Controversy brings listeners which increases ad revenue

Now that we’re clear on that, the producer picks the topic, and assigns point of view. That’s their job. It isn’t some spontaneous opinion show, even though what is being expressed is opinion, in essence.

By creating this thread you have only become an unwilling participant in the “scheme”. We’ve all been there and unless it makes you feel better than it makes you feel worse, stop paying attention.
RE: Espn messed up that show
TyreeHelmet : 10/7/2021 9:27 pm : link
In comment 15402601 nygiants16 said:


I like it with Zubin too when it first started. What happened to him?

WFAN is complete garbage now.
…
ilikethenygiants : 10/8/2021 8:36 am : link
I loved when Max had the NYC based show, sometimes with Brian Kenny. It was smart, analytical, and engaging. And it was a Yankees and Giants show basically, and it was great. I still think Max is great when he’s allowed to be a NY guy, and not a company guy.

The best in NY right now is Dipietro and Rothenberg. It’s too early to listen to, but the podcast of the show is up by 8:00 every day so you can listen commercial free. Rothenberg captures what it’s like to be a real Giants fan perfectly.

Its all bullshit
NY Sports radio
JerrysKids : 10/9/2021 11:23 am : link
Died when Mike Francesca retired. I listen to guys on YouTube that do a nice job. Baddog Sports does a great job. https://youtube.com/c/MrBaddog7676