I think that Shepard, for one, has been fantastic. I think with Toney commanding attention, the addition of two receivers who can be threats would make our offense much better. I do agree our defense will have to show up somewhat to matter. The thing that worries me the most is that we are at a severe coaching disadvantage in this ballgame.
A loss
bc4life : 10/15/2021 11:10 am : link
but within 10 points
Rams can be beaten
averagejoe : 10/15/2021 11:14 am : link
If Giants offense were intact I think we could score enough to win. But it is not and we will lose. I don't think Giants get blown out but lose 23-17
.
Danny Kanell : 10/15/2021 11:15 am : link
On covers.com all the money has been on the Rams this week at +10 (74% of wagers). And the line has moved the other way. It's 9 now. I think we keep it close.

With all the injuries, 10 points might even be hard to come by.


As much as it is deserved even without playing this game yet, Mara is not firing Dave…the risk over the next month is the fast approaching trade deadline..Dave still being here for that date is very concerning.
Rams have a lot of options...
bw in dc : 10/15/2021 12:10 pm : link
on offense going against our defense that can't get enough pressure and we're giving up 28ppg. Rams are scoring 28ppg and have had ten days off.

I mean, it's very tough to make a case on this.

Gano with 7 FGs, including one that Judge elects to kick from the 1/2 yard line late in the 4th quarter.

Rams with 7 TDs, including 2 by the defense. McVay wishes he could have scored more points.

AD with 7 sacks, including 2 sacks on da’ Yung Joka who’s forced into action as after the Rams eat Mike Glennon.

A gutless Giants defense is fully castrated by the bitty McVay who’s ass is still chaffed about how the classy Giants organization hurt his grandpa. McVay gets more revenge with an easy win but Matt Stafford’s arm fall off late in the 4th quarter after 70 passing attempts and 500 yards through the air.

After the game Joe Judge says his team fought hard and never game up their opportunities to get better and they’ll go back to work on Monday.
This year is like 1966
Jim in NH : 10/15/2021 2:11 pm : link
After the false dawn of 1965, it was the Rams game that told me it was broken beyond repair.

Know that only in a vacum with no context. But they are not as good as last year s version.

If the Giants had a home field advantage. They should be in this game with a chance to win. Maybe they find one.


This is the worst game I ever attended.... 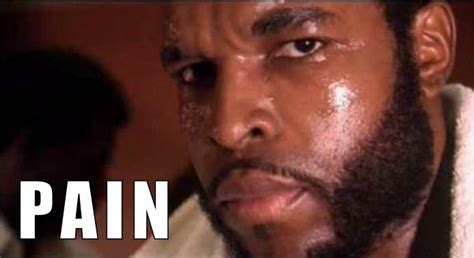 Giants will lose by 7 or less not because they are good but because they will play their best game (effort-wise) at home to a long-flight road team.