Jones to be a full participant in practice

"The key piece of the concussion protocol is the baseline test, which is conducted before the season when players are healthy. Simonson said the computerized test takes about 20 minutes to complete. The test consists of various cognitive exercises designed to check short-term memory and reaction time, such as presenting 15 words and then showing individual words and asking if they were in the initial group.

“It’s not some easy test where you can just ease your way through it. It kind of gets tough at some points,” Simonson said. “It will test how quickly your eyes see something and your brain can respond because during a concussion that’s delayed or pretty disoriented.”

Every player establishes an individual baseline score. The same test is conducted multiple times as a player works through the stages of the concussion protocol to ensure that he has returned to his pre-concussion baseline level.

The final step of the process is clearance from an independent neurological consultant. For Giants players, that typically means a trip to a neurologist in Manhattan. The Giants’ medical staff won’t send Jones for that visit unless there’s a high level of certainty that he’ll be cleared.

“You go in with (the neurologist) and he asks you some more questions on your symptoms. They may even do some tests,” Simonson said. “Then he’s the one who can give the ultimate green light. But you don’t do that until you get the green light from the team.”"
I believe others posted similar stuff yesterday
bigblue5611 : 10/15/2021 11:37 am : link
but see below, and the link, for more on the NFL's concussion protocol. I highly doubt he'd sniff the field if there were any signs it would be trouble.

Just a quick reminder - DJ got knocked the F out 5 days ago.


I agree. This horrible injury has to be a learning experience for both the OC and DJ.


Thanks, Scooter. Your post was the one I was thinking of.
I admit the optics suck
larryflower37 : 10/15/2021 11:40 am : link
And anyone that has watched football long enough remembers the time when players got smelling salt and went back on the field.
I mean I got knocked silly in 9th grade and woke up on the sidelines to smell salt and went back in .

This is not that current NFL no way they are letting anyone back on the field if they have concussion issues going on.
Especially after what everyone witnessed on Sunday of Jones stumbling around.
I'm Going To The Game Sunday
LTIsTheGreatest : 10/15/2021 11:41 am : link
Was worried I'd be watching a skeleton crew on Offense. But now, looks like Jones, Toney and Shepard and maybe Slayton will play so I'll at least to get to see a represemtable offense. Just hope the defense was so embarrassed by their rock bottom performance last week that they come out angry and determined this week
RE: LOL
bw in dc : 10/15/2021 11:42 am : link
In comment 15414476 BleedBlue said:


The team should consider every variable, including the match-ups. Because I'm pretty sure we don't have a lot of quality on the interior to block Danold or Floyd if he lines up over RT.


Some things I took away from Duggans write up: team docs control the process up until he goes to the neurologist. However they wouldn't rush him because any set back would likely mean not being cleared. So while sometimes the team docs may seem to rubber stamp clearance to get a player back out there, in this case between the baseline comparison test(s) and the trip to the independent neuro, that's not really possible
RE: RE: RE: Posted this yesterday
bigblue5611 : 10/15/2021 11:48 am : link
In comment 15414500 Scooter185 said: 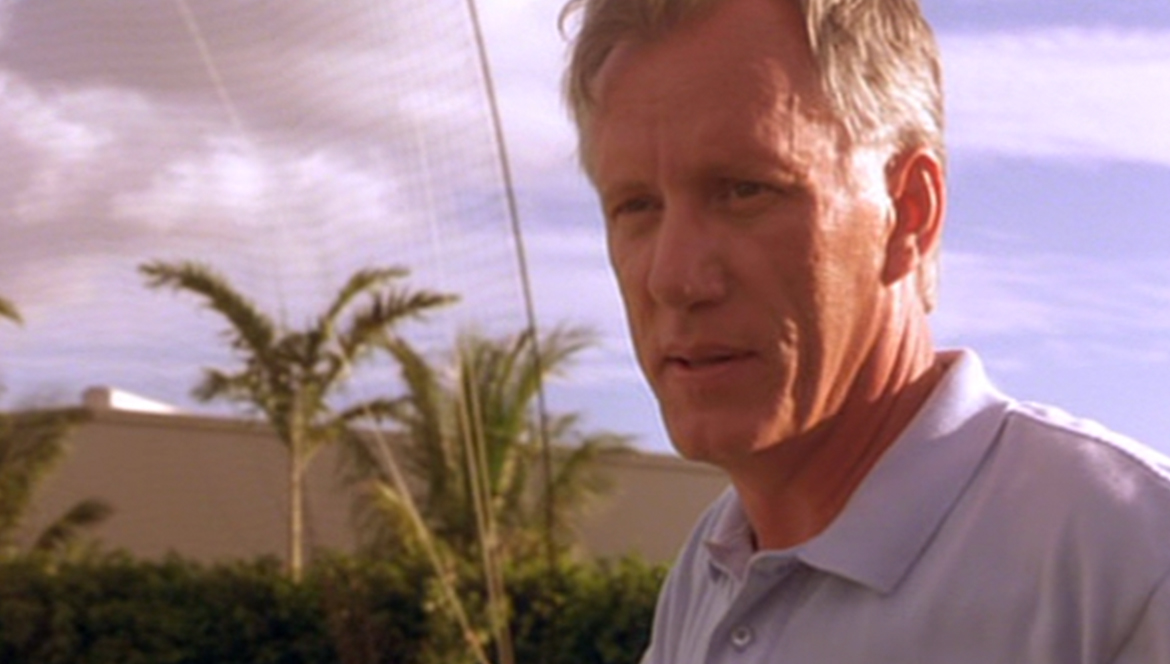 
Hopefully he avoids getting buttfucked by the Neanderthals.
Does anyone remember when you were knocked woozy
averagejoe : 10/15/2021 12:40 pm : link
and everybody laughed and you went right back into the game ? That is how it was.

In todays game DJ has seen and and been cleared to play by an excellent neurologist and everyone is still clutching their pearls in horror. Glad he is well enough to play but obviously the read option is out this week.
RE: LOL
k2tampa : 10/15/2021 12:43 pm : link
In comment 15414476 BleedBlue said:


Seriously? You don't think an injured player would try to play no matter what? Injured players are always trying to go back on the field when they have been taken out. Or refuse to come out all together. Look at LeMathieu, trying to play through a sports hernia. What ends up happening? It gets worse, and now he needs surgery. These guys are paid to play and they feel like it is their duty, to themselves, the team and the organization. The reason for the concussion protocols is because teams and players too often ignored the warning signs.
this discussion is exactly why NfL put protocol devised by neurology
plato : 10/15/2021 12:50 pm : link
input with trainers as well to do their best to protect the player, and the game from 32 individual teams with different medical/trainer inputs. It also should remove the player as a confounder.

Major problem is lack of reliable bio markers in concussions so much is driven by clinical testing.The fact remains though that second concussion is easier (or requires less trauma) to occur following first. The area still remains cloudy and I am unsure whether other sports at other levels have been as diligent as NFL as dealing with this, especially soccer with its constant head trauma in heading the ball.


The giants aren't leaving it up to Jones to decide, they will wait for clearance and then make their own decision. I certainly understand the reaction to play it safe and sit him for another week, but they know far better than we do. Even a medical professional on BBI doesn't have access to test results, and we have very few medical professionals on BBI.


Dude with all due respect you have no idea what you are talking about..There is a difference between a concussion and a groin injury..

And even if you believe you know what you have in glennon; how do you watch last Nov. and not see a TD pass for a whole month and not bring in someone to compete? You are telling me now would not have been a good time to see what you got? The only explanation for what basically accounts to jones extended rookie tour and kid's gloves treatment is the front office saving face. You tell me what I'm seeing? You can't say Garrett any more. He opened up the playbook with glennon and didn't mind the bad ints when it came to desperation time. He acted like Glennon was Dan Marino and he became Don shula all of a sudden.

Far more likely though, I see AD & company feasting on our hog mollies line and the Rams offense having plenty of gas in the tank after a long break.
I am no doctor, and it was 1980
gmenrule-va : 10/15/2021 2:11 pm : link
but I suffered a concussion in a game on a Monday afternoon (postponed from Saturday due to weather) and I missed 1 day of school and practice. I started the following Saturday, so I would say how long he is out will be based on both the severity of the concussion and how his body responds to it.


There's a place to call out people making ridiculous exaggerations but I'm not sure this is it. He got up wobbly and stumbled over his own feet. A Ref ran over to him and told him he had to come off the field.


Most objective people have recognized that Daniel has been pretty good this season; Phil Simms calls him the best player on the team.

You seem to ignore the fact that others in Simms community have stated the same when write or speak about Jones.

Why is that debaser? Don’t bother answering it s a rhetorical question.


If you are a member of The Athletic, there was a great article yesterday, where they pointed out that the wobbling walk after the hit isn't any kind of indication on the severity of the concussion. And apparently Jones was reading a book on the plane on the ride home, which he shouldn't have been able to do if he had a severe concussion.
RE: Boo!
nygiants16 : 10/15/2021 3:54 pm : link
In comment 15414763 big_blue said:

Yeah there is more important things then playing. But the truth is it is very likely that the season already over and the coaches shouldn’t bet that he’s ok to give them the best chance of winning. Plus the defense is trash doesn’t matter if we get 28 points
RE: RE: RE: Although it's probably Mara's worst fear realized that
Debaser : 10/15/2021 9:08 pm : link

Simms? Simms is a former Giant and former Giant legend who at this point I think has been a broadcaster for longer than a professional athlete. All of these guys say positive things about players. Being the best player on a last place losing team is like being summer school valedictorian.

I think it has been so long since Giants have played well and been good it is like the bar for what constitutes good play just gets lower and lower.

Last year evryone just wrote off Jones obvious regression from his rookie year as just "sophomore slump". He played exactly the same this year, and it is like well he isn't fumbling and turning the ball over. This team is 1-4 ; Jones looks right on pace to throw 11 TDs again but, this is good? how? You know what else I noticed ....Jones ' highlights are not real highlights. They are just routine plays. No scrables for buying time throwing a 40 yard bomb; no throwing someone open with some laser of a pass. No Fade in the endzone.

I guess the coaching staff is waiting for jones to be comfortable enough where he can play loose and and score WITHOUT turning over and fumbling.

He is like still on training wheels but like a tenured Quarterback who can't be replaced or fired.


You re argument, a weak one, against Simms and his opinion of Daniel, is just another example of why most here don’t pay much credence to your posts on Jones