What if the best mechanic in your town became CEO of Toyota?

cpgiants : 10/17/2021 6:50 pm
He would resonate with hard working blue collar people.
He would be plain spoken.
He would preach accountability.
He would appear confident and tough.
He would dazzle you with technical knowledge of certain specific aspects of the product.

And he would run the organization into the fucking ground!!!!
Because he has no experience running an organization.
And you really never had any reason to believe he would have been good at what you hired him to do!!!!

This is what we have here. Judge could be my special teams coach anyday.. but we need someone who has experienced success in the role we are hiring him to do.

Otherwise it's like buying a lottery ticket, and hope is not a plan.

He had me though, from the first press conference.

No idea how to deploy his personnel, no creativity on the offensive side of the ball, and flat out awful situational and game management.

It’s easy to say the right things, a lot more difficult to actually go out and do them.

Mellow yellow with an orange racing stripe and a V-8 engine.


With the best gas cap ever. 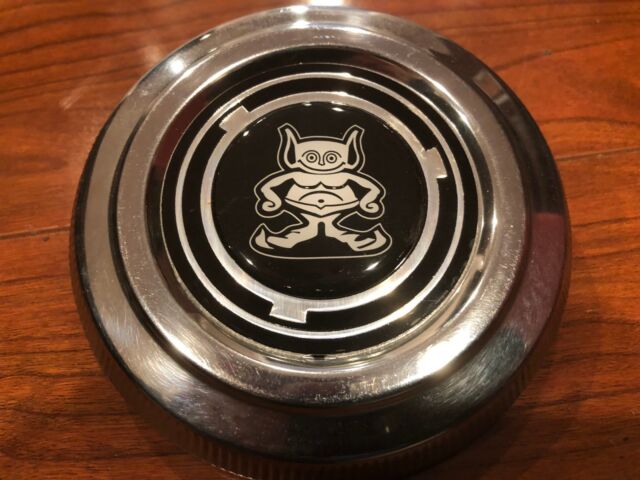 
Because he’s the coach and he’s responsible for the play on the field. And because he could have and should called a time out when he saw the gunner was uncovered. Especially knowing how frequently Hecker throws the ball. Judge isn’t some moop in the stands. (Though he probably should be).
Judge may not be great
bwitz : 10/17/2021 9:51 pm : link
But he’s hardly the main reason this team sucks. That falls squarely on The Mara’s, Tisch’s and Gettleman.
RE: RE: In all fairness
Bergen346 : 10/17/2021 9:55 pm : link
In comment 15418591 trueblueinpw said:


I saw this too. He was immediately calling for the fake as soon as the third down play was over. I think the gunner was on the opposite side of the field, so Judge probably didn’t see him uncovered. Unless I am remembering that incorrectly. If he was on the Giants sideline than yes I agree that is inexcusable to not call a T.O.
Remember Frank Gansz?
cosmicj : 10/17/2021 10:54 pm : link
A terrific special teams coach. Lamar Hunt got such a good vibe about him that he made Gansz the Chiefs’ head coach. Gansz won 4 games in 1987 and 1988. He was fired and then went back to being an excellent special teams coach, including helping Martz and the Rams win it all in 1999.

That story really puts the Judge hire in perspective. ST is an ancillary function, no matter what anyone says.
The problem with Judge
AdamBrag : 10/17/2021 11:56 pm : link
seems to be that he's not self aware. He doesn't seem to know what he's good at and where his weaknesses are.

The use of timeouts are consistently terrible, including today. The Giants took a timeout on defense when it was 3rd and inches on the Giants side of the field and then again on 1st and Goal from the 1. This is inexcusable. They just aren't gaining much from these timeouts. He needs to realize that he should have his analytics team figure out when is good to take timeouts and then assign a coach to managing timeouts in game.

There are likely a ton of examples like this.


KIA is a better value than Toyota.
When you hire a guy like Judge
JB_in_DC : 10/18/2021 9:11 am : link
so much of the hire - too much of the hire - becomes about the interview. His ability to sell himself. This isn't Coughlin who has years of success as a head coach . This isn't a hot Offensive Coordinator where you can look at tape of an innovative scheme. This is a guy who coached specials under Belichick with fantastic ST players like Slater.

Its a process that requires too much projection made by a brain trust that has proven over a decade they don't really know what to look for.

Maras are always breaking the cardinal sin of fighting the last war. McAdoo is a buffoon so we need an adult in the room. Hire Shurmur. Shurmur isn't a Leader of Men, sounds weak in press conferences and on the phone with fucking Francesa. So you fire him and hire Judge on the basis of his communication ability. Its a sad situation. But at least at Toyota you have a Board that has plenty of people who didn't inherit their positions on the Board because of their last name to make the next decision. Giants fans aren't so lucky.
I'll jump right on the bandwagon of BBI doom.
jsuds : 10/18/2021 9:28 am : link
Of course the Mara's, Getty, and Judge are to blame for the injuries. Therefore the Mara's must sell the team. Judge, Getty and everyone employee associated with football ops need to be immediately fired. Everyone of any value should be traded to the Eagles and all old vets should be cut. The stadium should be torn down ad rebuilt to be more like the Dallas stadium or the original Meadowlands. All PSL holders should meet at the final game and burn their PSL's as protest. Then maybe something will change.