Feeling optimistic about game vs KC?

Daniel Jones is due for a Monday Night win, ain't he?

I think the Chiefs will cover but it might be entertaining.
They're gonna need to play near mistake free football.
j_rud : 10/26/2021 12:30 am : link
You may have noticed thats really not their deal. I enjoyed the win on Sunday but this screams "get right game" for KC. I'm hoping they make it interesting for a few quarters but I have zero expectations for a win on the road in a prime time game against against struggling but superior team.
...
broadbandz : 10/26/2021 12:39 am : link
The Chiefs dont really blow anyone out and Washington had the damn lead at half-time. Giants should cover 10 points or it's a failure. Not expecting a win at all. But covering 10 should be the expectation.
RE: They're gonna need to play near mistake free football.
Route 9 : 10/26/2021 12:40 am : link
In comment 15429546 j_rud said: 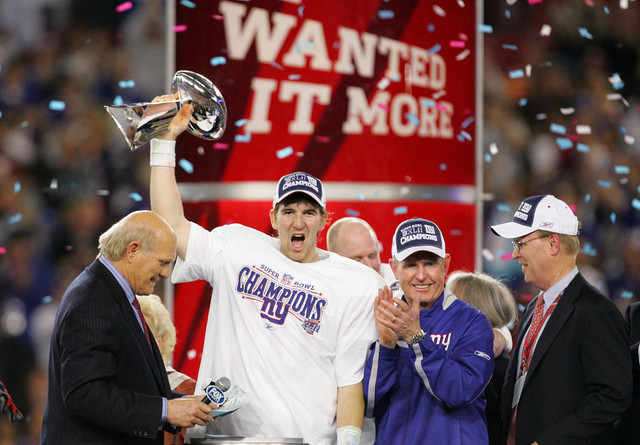 I’m an optimist but 10 points is a huge spread, although the chiefs are the worst team against the spread going back to last year which means everyone overrates them.

One thing in giants favor, the chiefs have arguably the worst defense in the league. They give up almost 7 yards per play. If DJ and the giants can sustain some drives and keep KC off the field then we’ve got a chance, especially if mahomes isnt 100%.

there were 5 min left in the 3rd Q and we still had only scored 3 points on offense.

This team has to start figuring out how to score early, get on top and keep scoring.

Has there been a pass that has traveled into the endzone in the air yet this season? This offense is pretty fucking pathetic.

Engram surprises with a great game on national tv.

Our D gets to Mahomes with push up the middle and Ojulari becomes the talk of NFL Network after a multi-sack performance.
I ve stated many times
joeinpa : 10/26/2021 7:38 am : link
It s the NFL, unless a team has quit on a season, they have a chance to win any game.

Of course they re are games where you can predict the winner with a high level of success, but bigger upsets than the Giants beating KC happen often.

Patrick Maholmes is not playing good football, if Giants can continue with a pass rush, he might continue this trend.

KC s defense is not good, even as decimated as it is the Giants offense could move the ball, control some clock, and put up some pts.

I think they will come to play and make a representative performance
Victor in CT : 10/26/2021 7:40 am : link
a few breaks and they could pull it off. TOney playing would help.
Mahomes, Hill and Kelce are all beat up
nygiants16 : 10/26/2021 7:42 am : link
They dont habe the secondary pieces stepping up like they have thr past couple of years. No CEH is big for them as well..

Their defense is terrible cant stop anything..

If Giants can get Golladay and Toney back that would be huge for Jones...
I think this is close at half time
Mike from Ohio : 10/26/2021 7:46 am : link
But KC has too many weapons to not pull away in the second half. We will move the ball and put up some nice stats on offense, but not finishing drives with TDs will be their undoing.

A consistent pass rush on Mahomes is the only chance the Giants have to pull the upset. While I hope it happens, nothing leads me to believe they can do that yet. This line isn’t nearly as bad as the Carolina line.

I hope I am wrong about this as I would love to see the MNF upset, but this team has a history of crushing its own momentum.

Chiefs 38 - 20.
Oh come on
Joey in VA : 10/26/2021 7:51 am : link
We didn't contain Cooper Kupp at all, the Cowboys ran wild and Teddy Bridgewater looked like Joe Montana against us. Now we get Kelce, Hill and Mahomes in prime time on the road? Listen to Joe Judge and don't ride the emotional roller coaster. KC is stumbling but we should present no challenge.
This screams a game where we win a game and then fool ourselves
Bold Ruler : Mod : 10/26/2021 8:10 am : link
into thinking we can hang with decent NFL teams. I don't expect this next game to be something we're happy about.
Im optimistic about the season
Batenhorst7 : 10/26/2021 8:14 am : link
We have lost a few close ones, beaten two decent teams

were outclassed by two contenders, but we havent yet been at full strength and cohesive

hopefully we are now on the tracks now, after derailing for those 2 miserable losses

I can see us going on a run now. The team had to jell and I think they are doing just that.

There are no flawless teas in the NFL. We are slowly mending our flaws. Adding McKinney was big, as was Jones winning handily with backups at the skill positions

Jones is coming into his own

Monday night is big, it could launch a run
This team hasn't been
Biteymax22 : 10/26/2021 8:18 am : link
consistent enough week to week for me to feel optimistic about playing anyone, none the less a team QB'd by Patrick Mahomes coming off an embarrassing loss.


Chris Bisignano, said yesterday he doesn’t except Toney or Golladay back to after the bye.

You do understand the following right:

1) At some point we have to win games to actually keep winning and see development.
2) As a fan I wnat them to win games, how the hell are we supposed to get better.
3) For those that want complete failure, wouldn't you say we already have had that since 2012, minus one year (2016).
4) This team is what it is BUT, we should be 4-3 right now. (This point isn't if things were completely different, we had Washington beat and they got a second chance at a FG that doomed us and we dropped a game sealing INT that would have given us the Atlanta game). With the overall shitty play of the NFC 4-3 would have us solidly in the hunt.
5) The Chiefs have been average at best. Tennessee, one of the worst defenses in football, just held KC to 3 points. KC's defense can't stop anybody and if not for a bad decision by Tannehill Sunday, they may have given up 30 plus points.

KC is favored, as they should be but this Giants team if we can make some plays on offense can beat them. If we can get at least Golladay back then it makes Slayton and Pettis more effective. If we can get SB back- the threat alone creates more problems for KC's defense.

Jones got knocked silly in the Dallas game and was still suffering from the affects of that concussion in the Rams game IMO. I see those games as the outliers as opposed to this teams baseline of potential. I expect a closer game...but who knows.
Let's see who's back first.
Section331 : 10/26/2021 8:50 am : link
Golladay? Toney? Thomas? If all 3 are back, I'll feel a lot better. KC will be a good test to see how real the defense's performance was on Sunday - was it due to players, to use Logan Ryan's axion, "mowing their own lawn", or was it due to a pathetic performance by a bad QB?
RE: RE: Not feeling optimistic about a win
BigBlueShock : 10/26/2021 8:52 am : link
In comment 15429621 joeinpa said:

I guess it’s possible but if they expected those injuries to keep them out through the bye they would have placed them on IR like they did Thomas, no?
Optimistic? No.
mittenedman : 10/26/2021 8:53 am : link
But the Chiefs are struggling this year. They lead the league in turnovers, the most 40+ yard plays allowed and have the #32 ranked D in the NFL.

And Mike Vrabel (who's had their number) laid out a blueprint last week of utter domination.

If the Giants play well defensively and get some receivers back, they can win this game.
I'd go as far as "Any given Sunday" (or I guess Monday in this case)
NBGblue : 10/26/2021 9:30 am : link
But that's about it. Especially keeping in mind that the NYG generally do not do well in Monday night games.


I guess you stopped reading after one half of that sentence.

"...against teams they're supposed to beat" was the 2nd half.

I didn't stop reading anything, just didn't agree with that assessment.
One could make the argument they have underperformed this season.
Their defense has not played well enough.
I heard some commentator on TV the other day say
'what's wrong with Mahomes'?
I mean they seem to be constantly behind because their defense puts them in a hole most games.
Now he is forced to make plays, and therefore more turnovers.
What's wrong with Mahomes is his defense.
Hey buddy, I don't live some week-to-week roller coaster,
now that's funny!
I get the rollercoaster comment- certainly thats been our MO
Batenhorst7 : 10/27/2021 5:54 am : link
for 10 years BUT

I see signs of such a re-birth

The biggest thing the Giants were lacking was confidence

This may be our launch point. If we can do that undermanned imagine the possibilities when the injured return healthy
odds are giants lose
xtian : 10/27/2021 5:32 pm : link
even though they played well last week. i would be a lot more confident if we had some of our offense back like thomas, barkley, and toney; that would even the odds. plus they are in KC on monday night. tough game.

has anyone noticed how the giants are on the road for 2/3 of these featured national games over the last 40 years. really pisses me off. and this year it's the ultimate insult! we are on the road for all 3 thursday and monday night games: wash, kc, tampa. seriously, WTF!
No. One game...
TheEvilLurker : 10/27/2021 5:48 pm : link
Is not a trend.

Show me, and then I might change my mind.