THIS ISNT OVER II

Wilson, Brees, Rogers, Mahomes better qb's than Dak have never won after the big contract. Dak is not in their class and forty million (last I looked) is more than 30 (the figure that most of the top qb's labor (ha, ha) for.
Superb supporting cast...Elliot (HOF'er?), wonderful and three deep WR's, fine offensive line and a fine, if not elite, QB. Will it be enough without the solid underpining that grunts and cap space provide.
Well, I'm surprised they've done this well. Gregory and Parsons making a very weak defense respectible. They have exceeded expectations, but long term, they represent typical Cowboy flair and typeical long term personality problems. Deferred gratification against the chocolate bar high.
Jaylon Smith, for me at least, marks the unsound way they've operated. The best case scenario: the man takes two years to recover (worst case was he never recovers about 50% probability) he recovers and you've lost the cheap years.
This club had the gift that makes winners, A NFL quality QB found late, working cheap and smart and leader. Then they luck into the second rarest commodity ...a starting NFL tackle who falls to them under strange and unlikely circumstanes.
Luck has a place in every successful venture and they had their fair share and then some.
And they draft Taco Charlton in the first round. And trade into the top five to take a CB who couldn't play.
And BBI chumps write how well they draft and they're not NOT saying that at all; that's their beard, they're satisfying a need to criticize and say how smart they are ....and frustrated and needy.
Enuf star power to win the division? Maybe. Suffering mid season blahs and short term injuries? Maybe, Still comfortably aheas of the division past the halfway mark with home field advantate a possibility....Absolutely
Again. but I still like our chances and long run we will dominate them.
Last time I was guilty of fuzzy math, but if we win tonight and beat them head to head, we're going to in this thing (damned if I"m going to look it up, I'm going with safe generalities here, LOL)
Good times coming.????... Thomas, Saquon, Galloday I believe are out there tonight. Stop for a minute, look at tthat talent. They lost Smith and the great WR and score nine. Without Gates, Thomas, Scot L, Looney, Shep, Harrison(the center) and Saquon, Pettis and Ross We did a helluva a lot better against the Chiefs than they did.
This ain't over.... Not yet anyway...
A wildcard spot
giantBCP : 11/22/2021 6:08 am : link
is much more realistic than winning the division. The “better than Jones” QBs Heinicke and Hurts did us big favors yesterday by getting wins against WC opposition.
That is hard to read
MattinKY : 11/22/2021 6:23 am : link
even for a BBI rant.
Here's my guess
M.S. : 11/22/2021 6:33 am : link
at Buccaneers LOSS
Eagles LOSS
at Dolphins WIN
at Chargers LOSS
Cowboys LOSS
at Eagles LOSS
at Bears WIN
Washington WIN

How much hope can anyone realistically have? I'll believe it when/if I see it...
Yeah and WFT won the division last year
UberAlias : 11/22/2021 8:14 am : link
Where’d that get them? Just get the offense going as the defense did and get better. This isn’t our year, wild card or not. This year is about Judge and Jones but the measure can’t be just playoffs. We don’t have a playoff roster.
Eagles, Vikings, 49ers, Washington
joeinpa : 11/22/2021 8:23 am : link
Have all had significant impressive wins to plant themselves firmly into the play off picture.

The Giants because of utter futility, and pathetic mistakes, loss games to the Falcons, Washington and even the Chiefs that they had legitimate chances to win.

In two of those losses inexcusable off sides penalties late in the game were major factors in the loss.

As a result, if the Giants want to join in with the aforementioned teams and place themselves as a legitimate play off contender, they are faced with the daunting task of winning in a venue that would have been labeled as least likely place to find a win when the schedule came out

But it s the NFL, Saints and Washington, two teams it s fair to say are not really much better than the Giants have handed the Bucs 2 losses in a row.

Who wouldn’t have settled at 0-5, to be playing the 10th game of the season for this chance.

I don’t have much confidence they will win, too many bad losses over the past several years to feel good about their chances, but at least there is a chance for an unexpected performance that might end in a win.
RE: Aah, sports fans
Grizz99 : 11/22/2021 8:25 am : link
In comment 15460323 Gman11 said:

I don't that I "ranted" or said how lousy they are...they are uneven, thin because of the cap that ties up huge money in a few.
They have wonderful talent and lack grunts.
They have surprisingly impactful players in Paraon and Gregory.
is that "lousy" or are you misquoting to make a point?
First place team....that's not a misquote, it's a quote that needs to be proven. They are in first place now enjoying a comfortable lead.
7 and 3 but 2 losses in their last four.
I predicted injuries, they are having injuries and we're seeing that, like us, like anyone, they are not invincible.
And we are getting healtier and they are getting, and likely to continue getting, more injuries on a team (repeat, repeat) that is THIN.

Yes, it is over
anon837 : 11/22/2021 8:25 am : link
This team does not know what it takes to win. They do nothing well. Opposing coordinators don't have to game plan for anyone in particular. Toney is nice, but doesn't have anything on tape yet. Barkley can't stay healthy. And there isn't anyone on defense that is worth mentioning. The play calling is more about not losing than winning and Judge has some questionable decisions on his resume. There is no special on this roster. When you are talking about the 2022 draft before October, there is a massive problem. 7 out of their past 9 seasons, they finished with a losing record. This year will be 8 out of 10. Same shit, different laxative.
RE: A wildcard spot
ron mexico : 11/22/2021 8:27 am : link
In comment 15460316 giantBCP said:

I don't know
AnnapolisMike : 11/22/2021 8:33 am : link
A few weeks ago I would of said the Giants were probably the 2nd best team in the division. Washington and Philly are both playing OK and Dallas is a mess. Tonight will go a long way in determining things for the Giants. A week ago I would of said tonights game did not matter very much. They probably need it to realistically have any shot.
...
Jimmy Googs : 11/22/2021 8:44 am : link 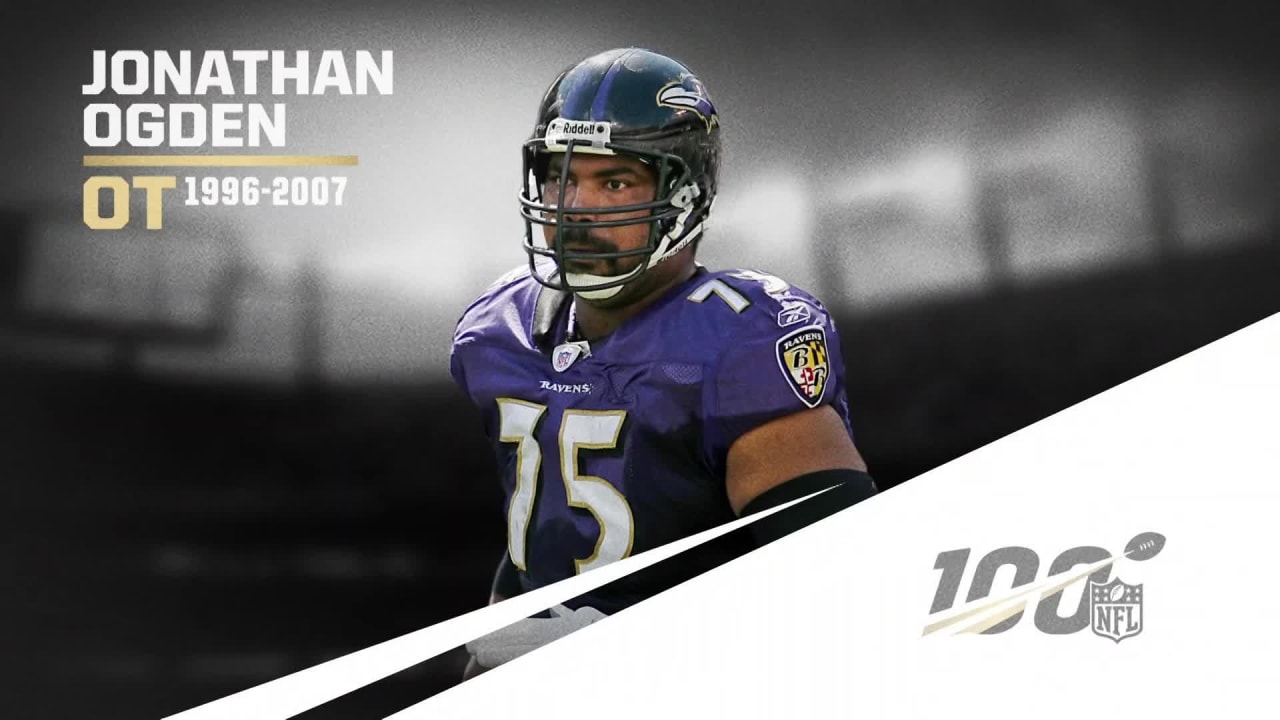 Plenty of football to be played ... and plenty of games to see the Giants lose. I don't think they win tonight but do win against Philly at home.
hate getting my soul crushed again
djm : 11/22/2021 11:01 am : link
fucking assholes. They have to go 2-1 these next 3 and beat Philly, but a fucking win tonight would go a long way.

Go fucking win a game you fucking assholes. Enough already.
RE: This is a losing team - until it proves otherwise
Matt M. : 11/22/2021 2:37 pm : link
In comment 15460337 DavidinBMNY said:
Exactly. Forget WC talk until they are at least .500, which hasn't happened in 5 years, as you say. Think about that. And then a few years before the 2016 anomaly when everyone on the D (including big FAs) seemed to have a career year at the same time and then never duplicated that level of play. for a decade, this has been a futile team.
Was it over when the Germans bombed Pearl Harbor
David B. : 11/22/2021 2:51 pm : link
Hell no!


This is the same rant from two weeks ago
fanatic II : 11/22/2021 6:25 pm : link
You select players Dallas drafted that didn't work out. But like I told you last time, Dallas hits on a higher percentage of players than most teams. If you can average two starters per draft, you're drafting well.

On the injuries. Dallas has yet to field a starting team since week one, and they are 7-3. Dallas will be getting back Lawrence, Gallimore, and Gregory on defense in the next couple of weeks. The same for the offense with Smith, Cooper, and Lamb. Dallas should be at full strength in the month of December, when it counts. Unless some unforseen injury occurs.

I’m not saying you’re wrong, in this case you make some valid points but like I’ve told you several times, I’ve never once seen you post one single thing that is critical or negative of your beloved Cowboys. You’ve been coming here for years now, and it’s always to tell us how everything is awesome with your team. Always sunshine and roses, just like every other Cowboys fan on the planet. Cowboys state media has every one of you in the palm of their hands.

25 years without a title, you’d think you guys would be getting a little annoyed. But, nope! It’s always sunny in Dallas! It would be nice if there were just ONE objective Cowboys fan in the world.
RE: RE: This is the same rant from two weeks ago
fanatic II : 11/22/2021 6:51 pm : link
In comment 15461091 BigBlueShock said:


I'll tell you my secret.

I root year to year.

It starts when the SB has ended. That's when all the free agency buzz starts. That's followed with the draft, OTAs, mini camp, and finally training camp.

Once the team has been assembled I root for the 53 week in week out. Once the season is over whether it's a 0-16 campaign or a championship it is put away. And can't wait for the new league year and free agency. This keeps every year fresh and new.

I don't dwell on past failures or successes. It's all about today and tomorrow. Many fans should try this. They would be more positive and much happier.