NFT: NHL Thread: around 25% of the season is done

For me it's the Penguins and Islanders, I expect those two to be reversed (at least in the standings).

4 of the top 10 from the Atlantic, 6 from the East. I think he stretched to include MIN over NYR or PIT just to keep it from seeming more lopsided.


Thanks.
It's not perfect but it works pretty well
Greg from LI : 12/14/2021 3:33 pm : link
Usually it will lock up once or twice a game. I just refresh when that happens. It's usually only a minute or two behind the live broadcast.
I feel like a shut down is coming
pjcas18 : 12/14/2021 5:39 pm : link
Pierre LeBrun
@PierreVLeBrun
·
18m
Hearing that the doctors from the NHL and NHLPA are having a call tonight to discuss the latest Covid happenings and I presume to recommend next steps.
@TSNHockey
@TheAthletic

Though for some reason Russia cut all the Russian CHL players. I mean they're already in Canada, and some are the best Russia has to offer, I wonder if that was some sort of message to stay in Russia.
Also notable
pjcas18 : 12/14/2021 6:23 pm : link
for Russia is every skater is a left handed shot.

several players, including 1st round pick Thomas Bordeleau removed from consideration due to positive COVID test. 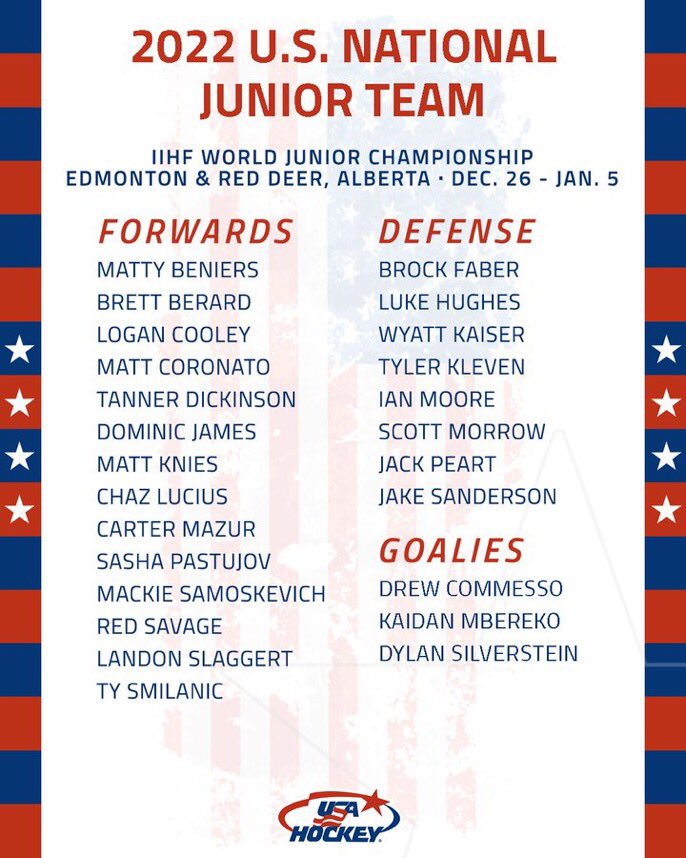 EDM now lost 6 in a row. Still no solid goalie investment. You have McDavid and Drasaitl, a 1-2 combo as good as Crosby/Malkin or Toews/Kane, but without a goalie they won't win anything.
I think that US team looks fantastic
Andy in Halifax : 12/15/2021 8:11 am : link
I love what USA hockey is doing with their program. That's a nice mix of talent right there. Yes, Canada looks great too (also dig the Finland team) but USA is a big time contender.

Biased, but will be fun watching Sanderson dominate this event.
Ottawa was headed for the Shane Wright sweepstakes but took an
Andy in Halifax : 12/15/2021 8:14 am : link
odd Uturn and decided to beat Carolina, Tampa and FLorida (8-2 no less) this week and now look to be in that awkward zone of no hope for playoffs but no hope for Wright either. Fun to win but they need another top skilled forward.
OTT
pjcas18 : 12/15/2021 8:21 am : link
has a lot of talent. young talent.

if they don't do anything stupid, they should be "back" sooner than many people think.

Between Owen Power/Kaiden Guhle and Luke Hughes/Jake Sanderson the blue lines on Canada and USA should be fun to watch.

Also looking forward to Connor Bedard (2023 draft eligible) for Canada. Lafreniere didn't look great in his draft -1 year (dominated in his draft year though), so let's see how Bedard does as a 16 year old.

Not to mention Wright obviously.

With that being said, #LeafsForever and #GoSensGo games have been cut to 50% capacity.

Tom Gulitti
@TomGulittiNHL
·
6m
Replying to
@TomGulittiNHL
So Capitals lose Kuznetsov (COVID protocol) as they're about to get Nicklas Backstrom back from hip injury.

Kuznetsov was in COVID protocol twice last season and confirmed he tested positive both times.
....
BrettNYG10 : 12/15/2021 3:56 pm : link
I really think we're going to get a week or two shutdown. I'm surprised we haven't gone in that direction.


Agree. I tested positive the day before Thanksgiving. My wife too.

We came back from a hockey tournament with my youngest in Jay Peak, VT the weekend before Thanksgiving and there was an outbreak.

20-something out of 57 people in our group (players, coaches, family members) tested positive. We had a two week shut down. 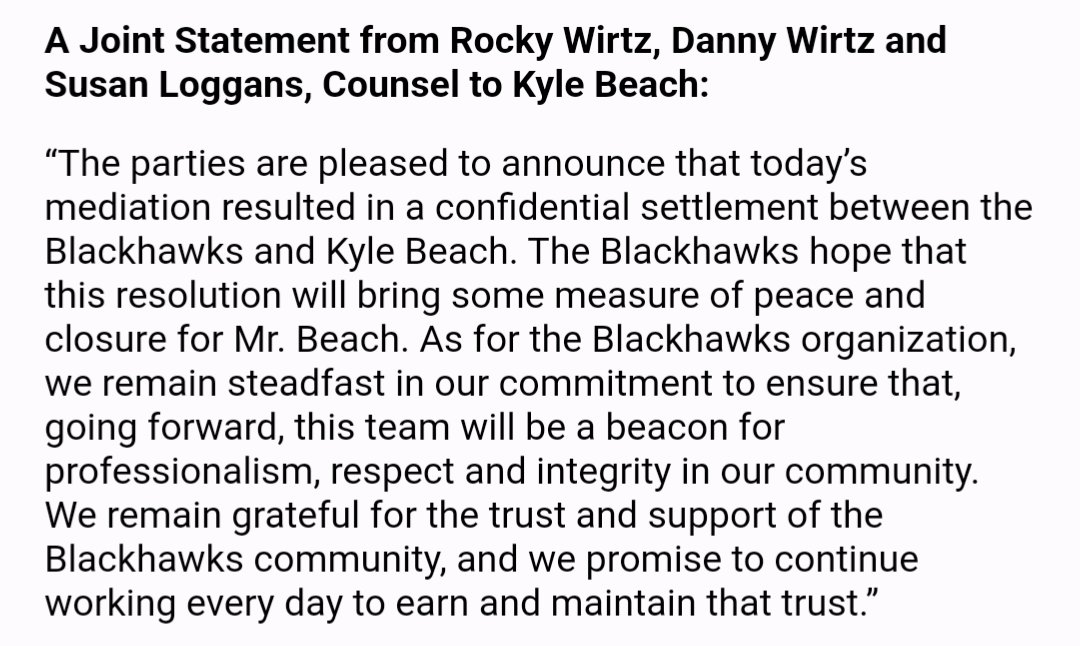 He asked the Canadiens to loan him back to Frolunda in the SHL (Sweden).

He just wanted to go home, he's 21 years old, and isn't ready for the NHL.

It happens more often than we know about. 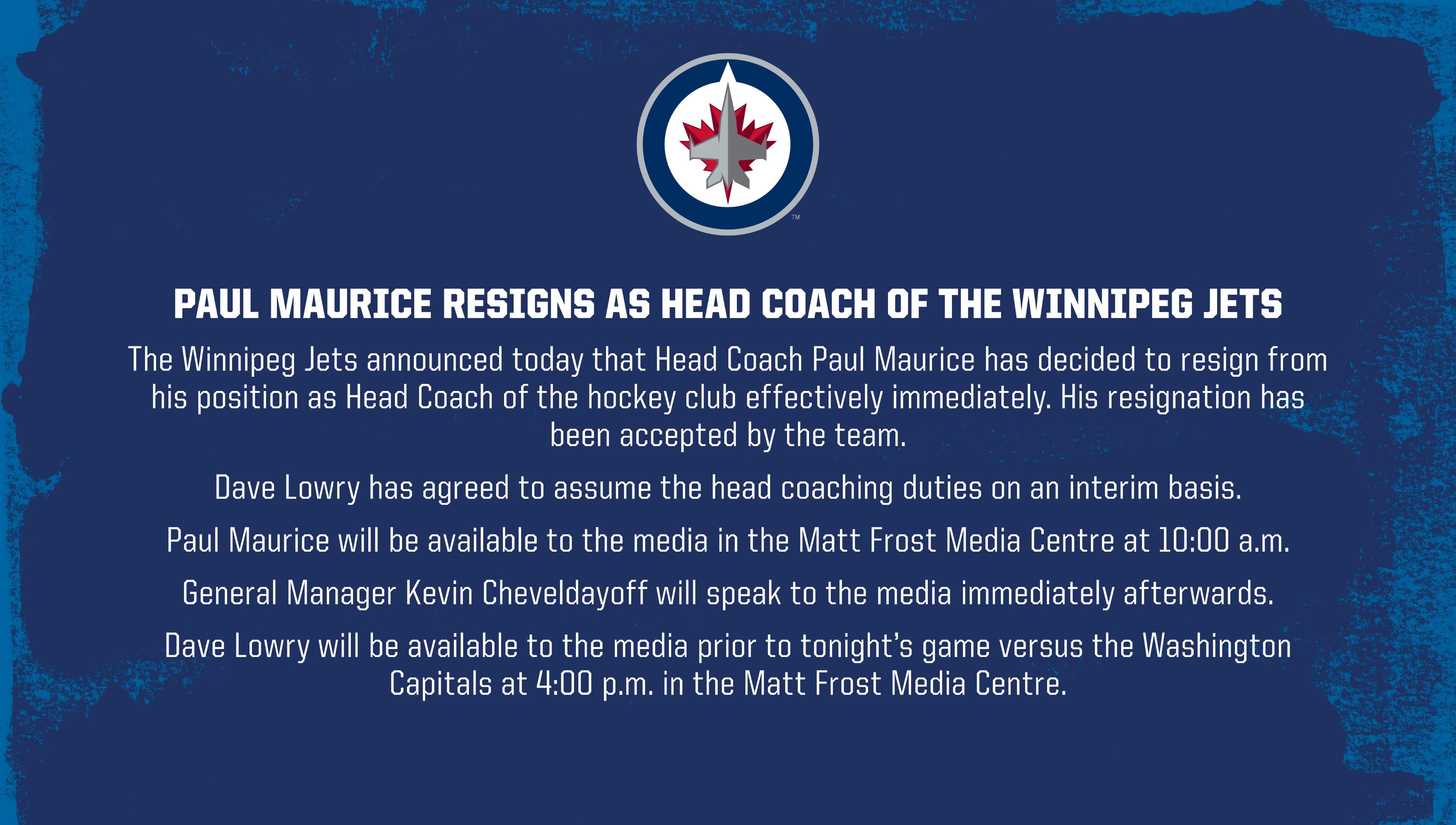 And the Jets scored 8 goals and smoked the Devil's a few weeks ago
Stu11 : 12/17/2021 12:23 pm : link
What does that tell you? It's gotten really rough on Devs world. I like a lot of what Fitz has done as GM, but man did he screw the pooch with that Ruff hire with Gallant out there. Now maybe Gallant wasn't interested, who knows. However there was literally nobody in hockey clamoring t ok hire Ruff as a HC. I don't even know where they go from here. They are something like 3-14-3 in their last 20 games, with 2 of their wins coming vs Philly. Honestly I doubt a coaching change will even do much unless they get some great guy in here. I don't wanna see either of the 2 asst clowns- Rechi or Naserdine promoted. Tough to do a complete bench sweep mid season. Who.knows where they go but something has to change.
.
pjcas18 : 12/17/2021 1:59 pm : link
Frank Seravalli
@frank_seravalli
·
3m
Hearing #FlaPanthers have been shut down until after Christmas.
.
pjcas18 : 12/17/2021 2:01 pm : link
Fluto Shinzawa
@FlutoShinzawa
·
1m
Bruins vs. Colorado next Thursday will be postponed, per source. As of now, Sunday @ Ottawa and Tuesday vs. Carolina are on.
.
pjcas18 : 12/17/2021 2:04 pm : link
Elliotte Friedman
@FriedgeHNIC
·
5m
Hearing Calgary, Colorado and Florida will have their games postponed through Christmas
.
pjcas18 : 12/17/2021 2:24 pm : link
Pierre LeBrun
@PierreVLeBrun
·
5m
Things keep changing rapidly, but as of this very minute, the NHL still doesn't plan to pause the entire league.... Like I said, as of this very minute...
Just a matter of hours if not minutes
Stu11 : 12/17/2021 2:26 pm : link
Before the league pauses till after Christmas.
.
pjcas18 : 12/18/2021 10:41 am : link
Pierre LeBrun
@PierreVLeBrun
·
1m
Expect more NHL postponements to be announced today. A league-wide pause feels inevitable but for now sense is the NHL/NHLPA will try to power through next few days if possible with case by case approach still…
Beat reporters in BOS
pjcas18 : 12/18/2021 10:53 am : link
waiting for Bruins to hit the ice for practice, no one shows up...

I am absolutely disgusted by the performance of the team especially Ruff and his assistants. Recchi and Nasreddine should have been fired after last season. Ruff continues to play useless players like Mason Geersten as if it were still the 90's. They have to fire him ASAP. Boudreau would have been a great fit for this team.

I think the tournament will still go on, all the teams are already there as are the staff and they have some tight protocols. 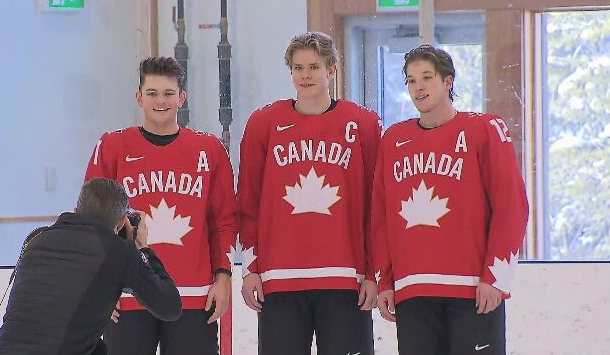