It's impossible to even play a normal game with this guy at QB. WTF were they thinking?
How
Shady Lurker : 1/2/2022 1:27 pm : link
dare you? These are real people putting their bodies on the line for your entertainment. True professionals.

Barkley could well be the best RB Blocker in NFL history

How does this team keep lowering the bar?

How does this team keep lowering the bar?

What a coward. Constantly.
MInshew minshew minshew
Debaser : 1/2/2022 1:45 pm : link
He sucks. Every time he plays they bring another an in. Two teams now.

Jalen hurts back even though he’s not a starting nfl QBs himself and last year they left him on the bench when he was healthy in favor of Glennon
RE: MInshew minshew minshew
Section331 : 1/2/2022 1:48 pm : link
In comment 15524268 Debaser said:


They were 1-7 when Minshew got hurt, and I hate to break it to you, but Minshew did come back and made 2 starts, but reinsured himself. Who’s the asswipe?
YOure really going to pick knits
Debaser : 1/2/2022 2:03 pm : link
Are be a prick . The point is even when he was healthy he was not this immediate go to option for starter. They opted for Glennon.

This year he's demonstrated that he's every bit as awful as the talent. I've never witnessed such poor game-day management.


I second this statement.

The '70's was not as bad asa this offensively.

I think Judfe probably does want to get fired…..he’s had enough of this sorry team.
There's
Shady Lurker : 1/2/2022 3:10 pm : link
no way that Judge actually wants to get fired. There's no way he gets a second chance at HC after these 2 seasons in NY.
He'd be extremely lucky to get another coordinator job after this. His only chance is to stick around another year and hope for a miracle.
RE: If Mara brings Judge back
sb from NYT Forum : 1/2/2022 3:10 pm : link
In comment 15524611 bluesince56 said:


It doesn't even matter if Mara doesn't care what the fans want. Keeping Judge by any objective measure is BAD FOOTBALL BUSINESS.
Checking in. This is hilarious.
widmerseyebrow : 1/2/2022 3:12 pm : link
This season couldn't possibly go any worse for Mara's plans and narratives. Let's see if he plows forward with the Judge + neutered GM strategy.
Not sure I’ve ever seen a team
Breeze_94 : 1/2/2022 3:14 pm : link
Continuously run the ball up the middle while down 3 scores early in the 3rd quarter. But then again, every time they drop back, disaster strikes.


QB keeper from 4th and 2
LGR!!!!!!!!!!
Devour the Day : 1/2/2022 3:56 pm : link
As I said in the pre game discussion.
I thoroughly enjoyed watching the NY Rangers shut down the defending Stanley Cup Champ Lightning.
Much better than watching Judges Jesters.
Wonder what embarrassing tweets on Mara's Minions will come out this week. Hopefully Patty Boy Hanlon enjoyed a few drinks on Rush street last night before the todays beat down.
What a joke.
Surprise surprise
Anakim : 1/2/2022 3:57 pm : link
The Jets screwed the pooch like the Seahawks did last week


There should be a rule change. I’m not even joking.
I see a symmetry between this year and last.
Ron from Ninerland : 1/2/2022 4:03 pm : link
Last year we were denied a playoff berth because Philly's coach flagrantly tanked his game in the 4th quarter.

Today we were denied a higher draft pick because Salah flagrantly tanked his game in the 4th quarter.


I've seen Giants offenses in the late 70's and they were actually more functional then this, which is incredible considering how bad they were.

I can't possibly see this getting better next year. There's absolutely no way and so why keep Judge around?
….
CoughlinHandsonHips : 1/2/2022 4:07 pm : link
This is such a disastrous roster


It’s gotta be difficult for him to say this shit with a straight face.
Lurking
MauiYankee : 1/2/2022 4:11 pm : link
I have been a Giants fan since 1956. Not as knowledgeable as many of you (and I appreciate those educated insights), but for the first time in decades, I've stopped watching. Box scores are horrendous enough.
At least Tucker Barkley had a break out performance.
A division III team at best.
RE: P Dot on the fan…
BigBlueJ : 1/2/2022 4:11 pm : link
In comment 15525221 trueblueinpw said:


Not disagreeing about the nice game he had, but that is like watching your house burn down and being proud of the wall paper you hung up the night before.
Some observations just my opiniond
greatgrandpa : 1/2/2022 4:15 pm : link
Judge is now the same as Handley to me. And if you think he really coached specials in New England and not Bill B there is a bridge in Brooklyn for sale
How could Mara sit there and watch another blowout and want to keep this coaching staff? They were not competitive today and many are playing for their jobs
Bears coach may be fired after two playoff appearances in 4 years but Judge keeps his job? It Makes no sense to bring in a new GM and handcuff him to this guy
J Smith looked football fast to me which is more important and relevant than 40 times in shorts- made some good plays
Olajari should never come off the field on third down. But he did today.
Engram needs a fresh start somewhere. Anywhere
Thomas is just a flat out good football player you build around and he is just a kid
Jay Feeley is quite good as a color guy. Insightful and doesn’t over talk and did his research- he knows the players and the people around the league interesting to hear his take on the Bears DC
If the Texans win, do we move up to 4?
Simms11 : 1/2/2022 4:17 pm : link
.
RE: If the Texans win, do we move up to 4?
The_Boss : 1/2/2022 4:18 pm : link
In comment 15525282 Simms11 said:


Rome wasn’t built in a day, darling
I thought we were going to get blown out
OlyWABigBlue : 1/2/2022 4:23 pm : link
but even with expecting a blowout never did I think the offense would look that bad. Glennon should never wear a Giants uniform again. I am curious to know if that was Kitchens' call or Judge's call on the start. Obviously he should have been pulled in the first quarter. It sucks for the other players knowing that Glennon gives you no chance - anyone who has played knows that futile feeling.
RE: Redskins eliminated
The_Boss : 1/2/2022 4:23 pm : link
In comment 15525304 The_Boss said:


No!!! No QB can play well without a stellar Oline. Any QB in the league would look like Daniel Jones behind our line.


So none of today’s goals involved being a competitive football team?

And why don’t the beats ask him, “what are you getting better at”?

I can't think of any reason why he should stay.

You can blame the personel but reality is that he was very involved in key decisions..he even went to bat to upgrade the backup QB position and landed us on Mike Fucking Glennon.

The offense has been abysmal under him. No matter who is calling plays or who is in/out of the game.

Today was the first Giants game in 20 years that I have not watched (Or at least recorded if I could not watch live). And I feel better for it.

Not a clown show organization. Toughest thing to change is the way people think. Trust the process.


Could be full of shit. There’s no way to know for sure. He could say Jessica Alba has been emailing him looking to get pounded on the 50 yard line in Met Life and there’s no way of verifying it..
RE: RE: Giants have lost 9 games by double digits in three seasons
dpinzow : 1/2/2022 4:53 pm : link
In comment 15525496 BillKo said:

If my employer paid me and guaranteed me employment. regardless of how poorly I performed, I imagine I’d be pretty happy also.

Now, I haven't been in the fire Judge camp, but I will admit that I have soured a bit on him. And, no, nothing he can say will make be de-sour (I definitely will not sweeten). But, when I saw that Glennon was 1-2 for 4 yards in the first half and they are down 22-3, my first reaction is whoever devised that game plan needs to be fired right away.

Judge has always harped on playing to win. They didn't play to win. They played try to keep the other team's score down. He and all of his assistants need to go now. Why wait?
Judge and Jones stay
AROCK1000 : 1/2/2022 6:20 pm : link
For 1 more year
Find a GM who is ok with that
Cannot blame Jones for a fumbled KO return and Interception which led to a 14 pt deficit right out of the gate.


Yeah, you know 102 yards running against 9 in the box and run blitzing is a loser with a QB that throws 2 INTs and fumbles 4 time.
He has not had a good year, but today is not the day to shit on him.
section.
SFGFNCGiantsFan : 1/2/2022 6:34 pm : link
I'm not critiquing Saquon's performance today. It was his best game of the season.

This board is off the wall as badly as NYG. Anonymous scouts, burner accounts, witch hunts. The nonsense is not needed. They suck. My heavens now there are counter scouts speaking on twitter.

Whomever came up with that game plan needs to explain what they were doing.
.
Go Terps : 1/2/2022 6:49 pm : link
At least there isn't going to be any bullshit about the arrow pointing up going into the offseason.


Two Giants who were under Judge are on other teams making more than the league minimum. One is Zietler who is actually making less than he made with the Giants. That leaves Dalvin Tomlinson as the lone guy that can be calling him that fits his BS line.
RE: When Joe Judge said this team was going to
Festina Lente : 1/2/2022 7:24 pm : link
In comment 15525363 mikeinbloomfield said:
. Hahaha!
.
St. Jimmy : 1/2/2022 7:31 pm : link 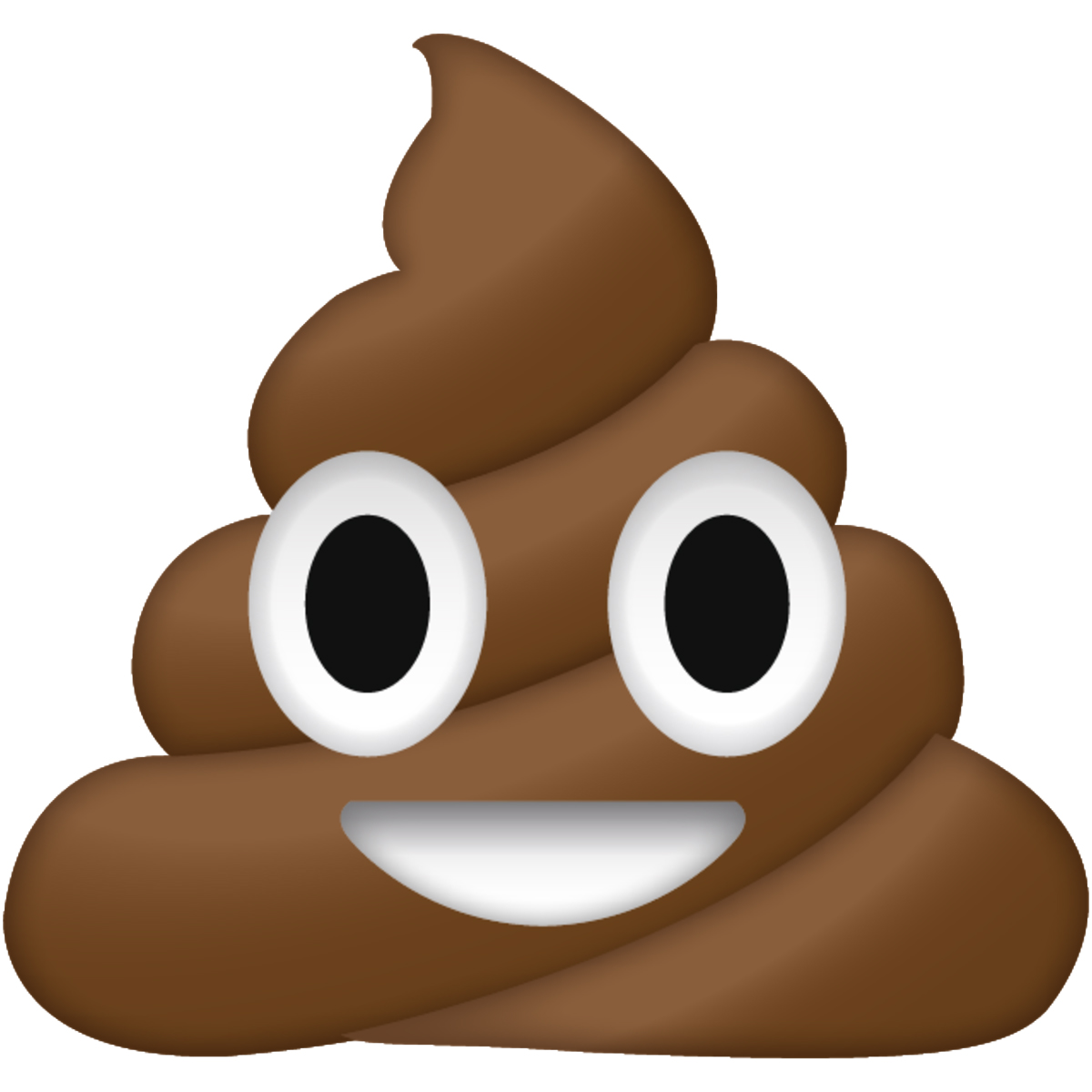 
Yep, I've mentioned a few times that these past 2 games definitely remind me of the mid-70's games. No hope to win, zero offense, decent defense for a while until they give up
John Mara, Chris Mara and Tim McDonald
kelly : 1/2/2022 8:55 pm : link
The three stooges need to go.

Problem is who is the adult in the room to make that happen??

Tisch needs to intervene. The Maras have been given multiple chances to straighten this mess out and they are not capable.

Once again we blame fans instead of the trash football operation.
RE: Epic 20 minute answer…
Matt M. : 1/2/2022 9:24 pm : link
In comment 15525454 trueblueinpw said:
Is it possible the clown show organization comment is acknowledgement of the BBI picture?
“Trust the process” is what he learned from Saban
Mike from Ohio : 1/3/2022 12:42 am : link
Trusting the process only works when the process is well thought out and we’ll coaches. Trusting a broken process developed by an imbecile is a bad idea.

But you can 💯 % count on Mara to say something like “we are looking at the process and not the results, and we believe in the process and the improvements being made” in his year end excuse-a-thon.


To trust a process you need to have good inputs and reliable data that the process takes those inputs and yields favorable outcomes. We have neither.